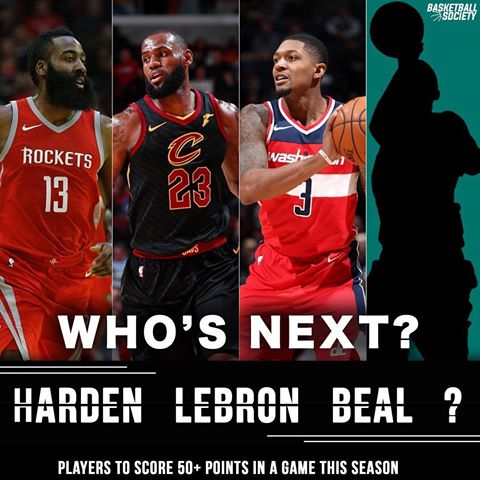 Who’s Going To Be The Next To Score 50 Points This Season?

On November 16, Harden also put up 48 points against the Phoenix Suns. And while Saturday night’s 48 was in a hard earned win, The Beard’s 48 against the Suns was easy. Harden played just 35 minutes during that game because it was a blowout. Had Mike D’Antoni played him a couple of minutes longer, he would’ve easily scored fifty points that night.

Scoring fifty points in a game is no easy task. In the history of the NBA, there have only been 132 players who have scored at least 50 points in a single NBA game. Of those players, only 24 are active NBA players. Let’s take a look at who these are and who the next 50 point scorer might be this season. 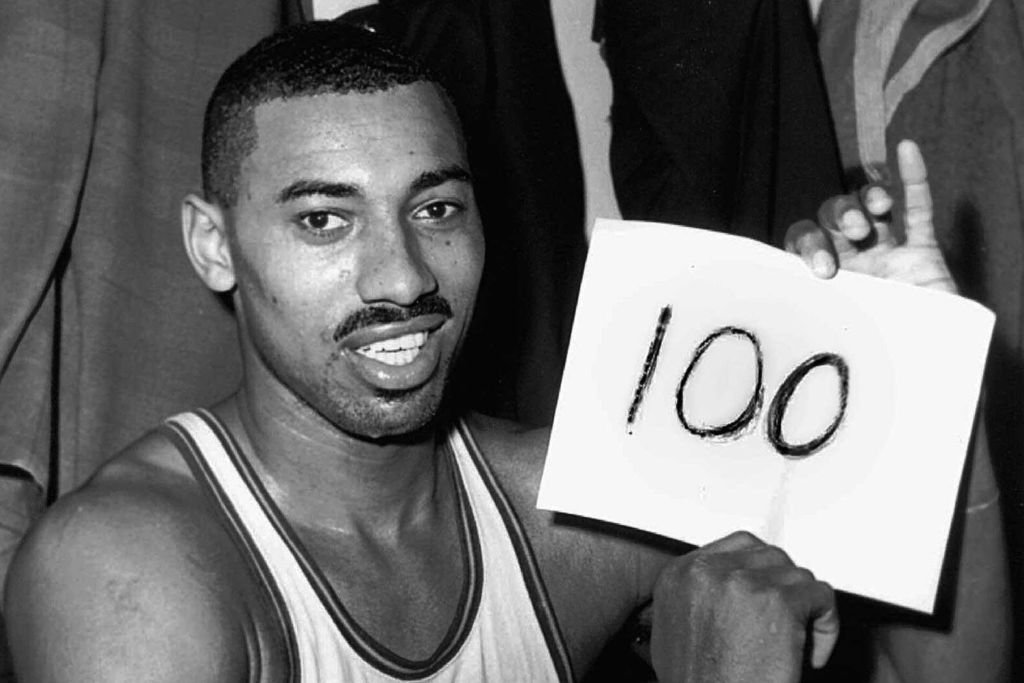 Led by his all-time high 100 point game, Wilt Chamberlain had 118 50-point games in his career. That’s more than what Michael Jordan ( 31 ) and Kobe Bryant have ( 25 ), combined. And to think that Jordan and Bryant have the second and third most 50 games in NBA history, Wilt was surely in a league all by himself.

The current active player with the most 50 point games is LeBron James who has 11. James Harden is next with 6. Russell Westbrook and Stephen Curry each have five while Kevin Durant and Carmelo Anthony have four apiece. Damian Lillard and Jamal Crawford both have three.

There have been three 50 point games this season. Not surprisingly, King James and the Beard have two of them. James currently owns the highest scoring game this season as the Cavs’ main man scored a season best 57 points against the Washington Wizards on November 3. Harden meanwhile poured in 56 points against the Utah Jazz two days later. Most recently, Washington Wizards shooting guard Bradley Beal joined the 50-point club, scoring a career high 51 points during the Wizards’ win over the Portland Trail Blazers on December 5. 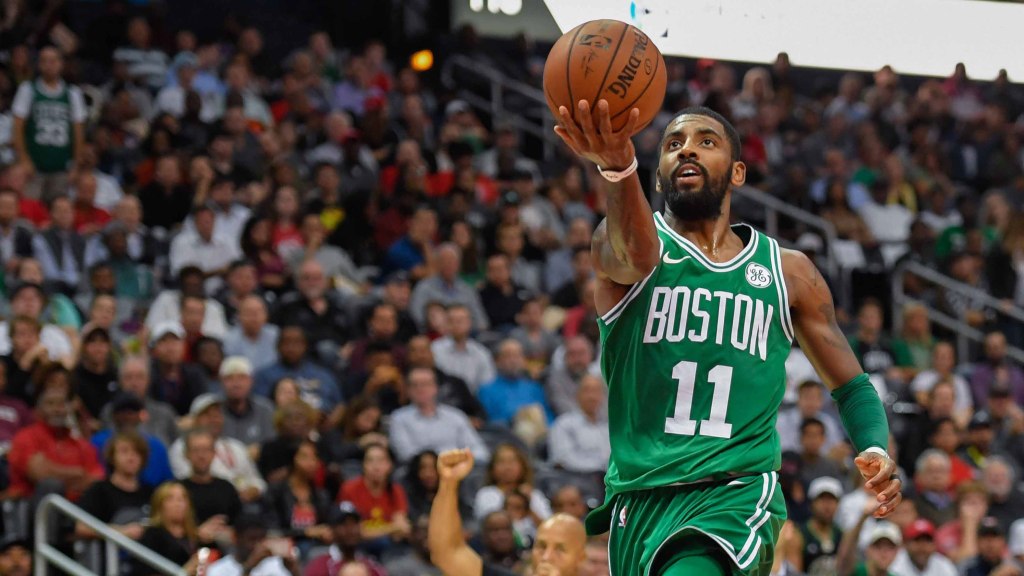 One of the biggest scoring revelations this season has been Kyrie Irving of the Boston Celtics. Irving erupted with a 47 point scoring night against the Dallas Mavericks on November 20. Irving scored 10 points in that OT win, rallying the Celtics from a double digit deficit in the 4th period. But Irving isn’t just one of the best scorers this season (11th in the scoring leaderboard ), he’s also become one of the best players in the clutch.

Irving’s 77 total points in the clutch is just one point off LeBron James’ league leading 78. His 59.2% field goal percentage during clutch situations is slightly better than King James’ 58.8%. The most glaring clutch stat though in the comparison between the former Cavs’ teammates is turnovers. LeBron has a total of 6 turnovers in the clutch this season while Irving has none. 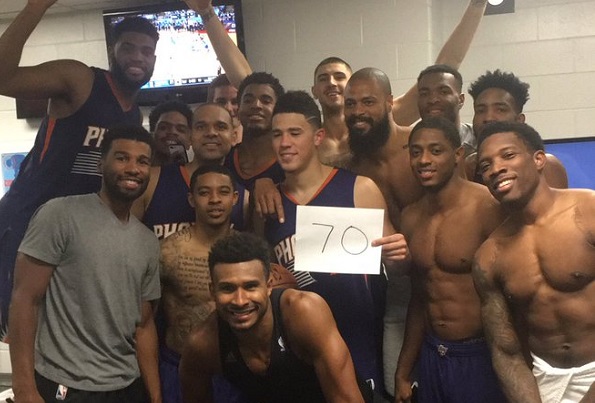 The other players who got close to 50 points this season are Hornets’ guard Kemba Walker and Suns shooting guard Devin Booker. Walker scored 47 points on November 17 against the Chicago Bulls while Booker lit up the Philadelphia 76ers for 46 points on December 4. Booker has scored 30 points or more in 10 of the 25 games he’s played so far. Unfortunately, Booker is still out for two to three weeks with an abductor strain. When he returns though, he’ll be one scorer to watch out for.

Another player who scored 46 points this season is Joel Embiid of the Sixers. The Process turned in a career high 46 points against the Los Angeles Lakers on November 15. Embiid has topped the 30 point scoring barrier in 5 of 21 games played so far. He looks to get better by the game but you’ve got to wonder if his health is going to hold a full season ( fingers crossed). 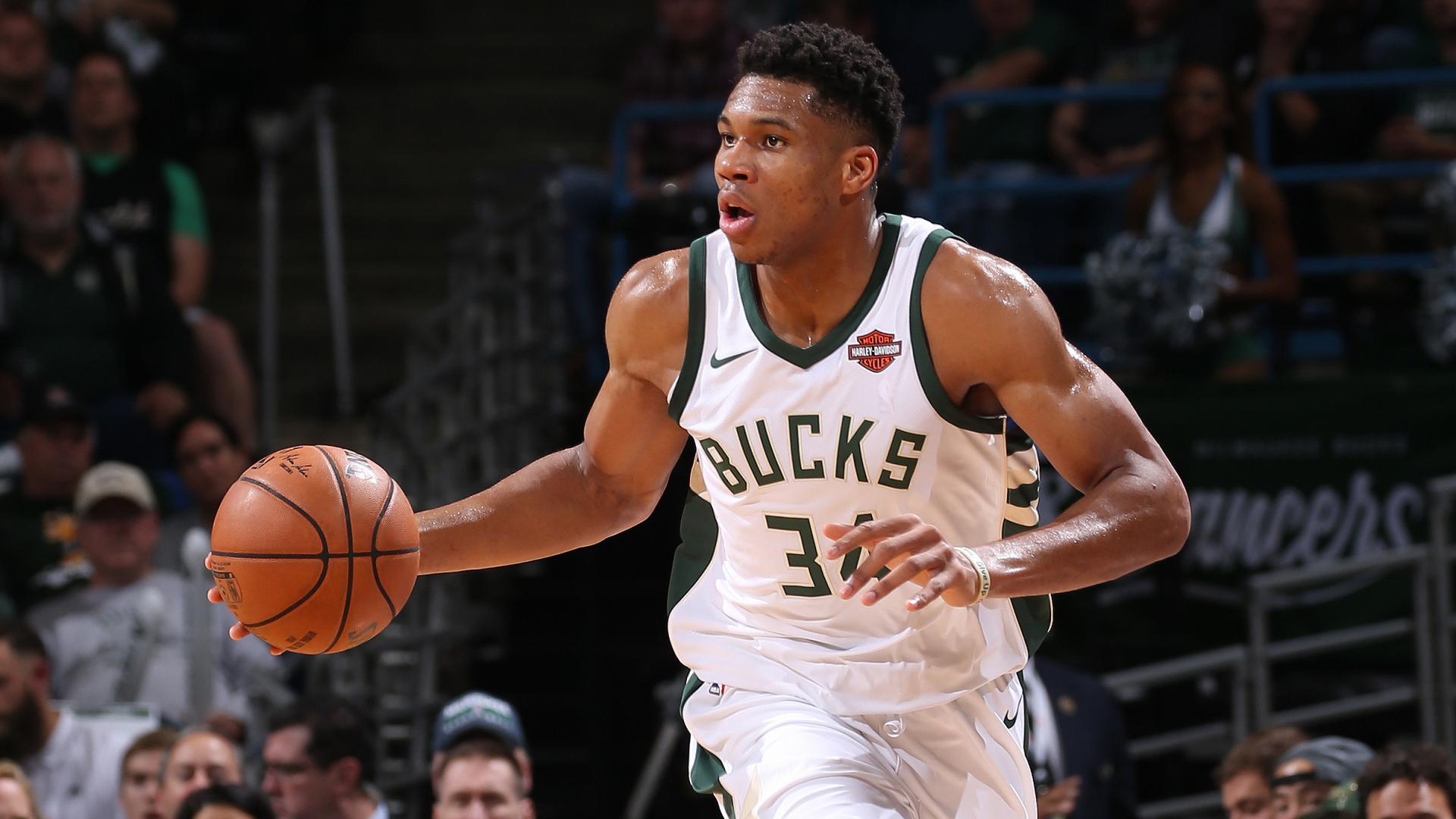 Giannis isn’t just putting up monster numbers. He’s doing so with impeccable accuracy. Antetokounmpo is making 54.1% of his field goal attempts. But if that is impressive, that’s not even the best shooting percentage among the NBA’s scoring leaders. LeBron James is currently shooting 58.5% from the field, which is remarkable considering the King takes 4.8 three pointers per game. 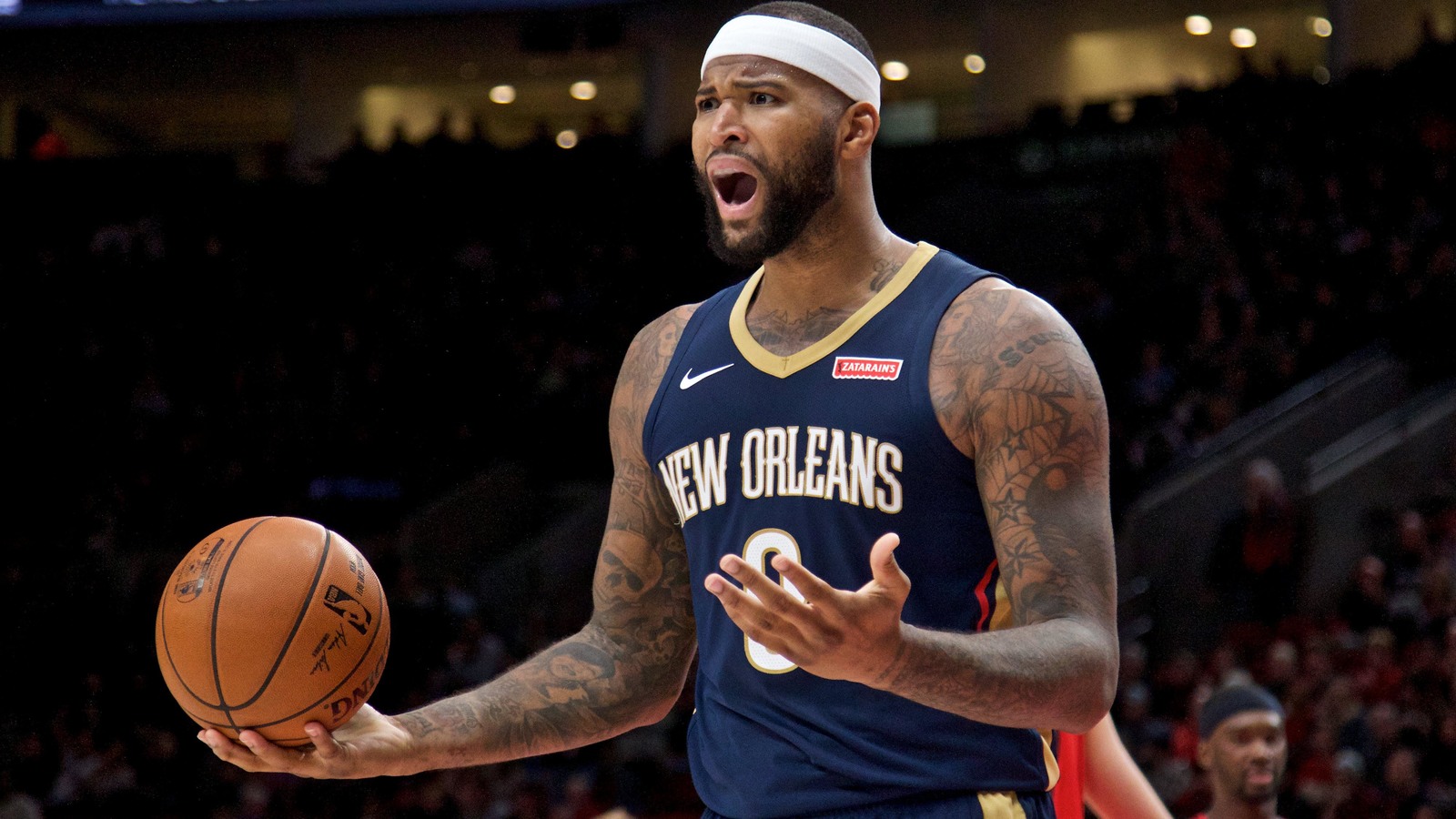 Next to Antetokounmpo is Pelicans’ big man DeMarcus Cousins who has turned in two forty point scoring games this season. Boogie scored 41 points against the Sacramento Kings on October 26. He also lit the Denver Nuggets with 40 points just last December 6. Boogie is tied with Stephen Curry for 4th place in the NBA’s scoring leaderboard at 26.3 points per game.

Cousins and Anthony Davis are the only teammates who are among the Top 10 leading scorers in the NBA, making them the highest scoring duo in the league today. Davis ranks 9th in scoring at 24.9 points per game. The two combine for 51.2 of the Pelicans 109.4 points per game scoring average or 46.8% of the total team production. 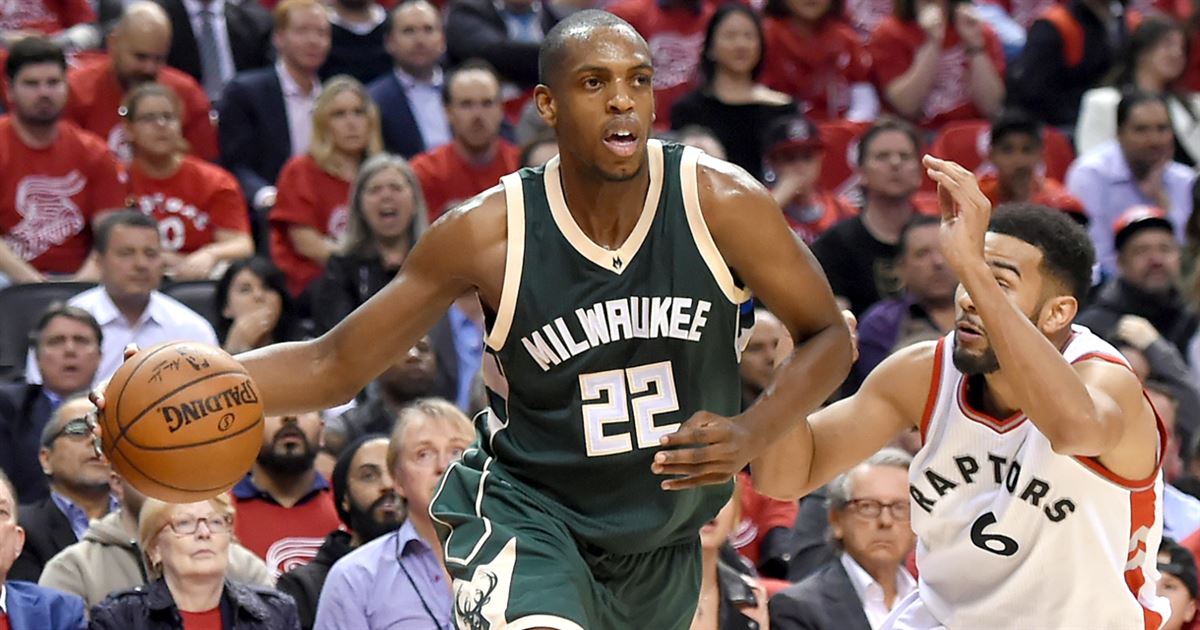 Another surprise entry to the 40 point list is Aaron Gordon of the Orlando Magic. The 4th pick of the 2014 NBA draft already has two of those games this season. Gordon 41 against the Nets on October 24 and then dropped 40 on the Thunder last November 29. Gordon’s improved three point shooting ( 2.2 out of 5.5 three point attempts per game ) this season has been key to his scoring outbursts. 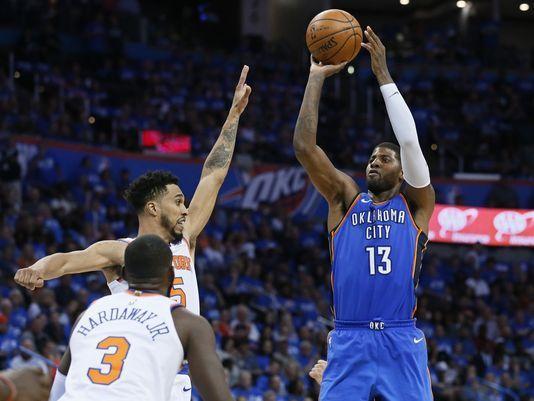 Other 40 point scorers this season worth watching are Paul George of the Thunder who scored 42 points against the L.A. Clippers on November 10 and a list of 41 point scorers led by Lou Williams, LaMarcus Aldridge, Nikola Jokic and rookie Donovan Mitchell. Mitchell is the only rookie to score at least 40 points this season.

Count in too the likes of Nikola Vucevic, Kristaps Porzingis and T.J. Warren who scored 40 points one time each this season. While Vucevic and Warren aren’t regular high scorers, Porzingis is a name to watch out for. Kristaps scored at least 30 points in seven of the Knicks’ first nine games although minor injuries have slowed down the Latvian Unicorn lately.

So who will be the next to drop 50 points this season?