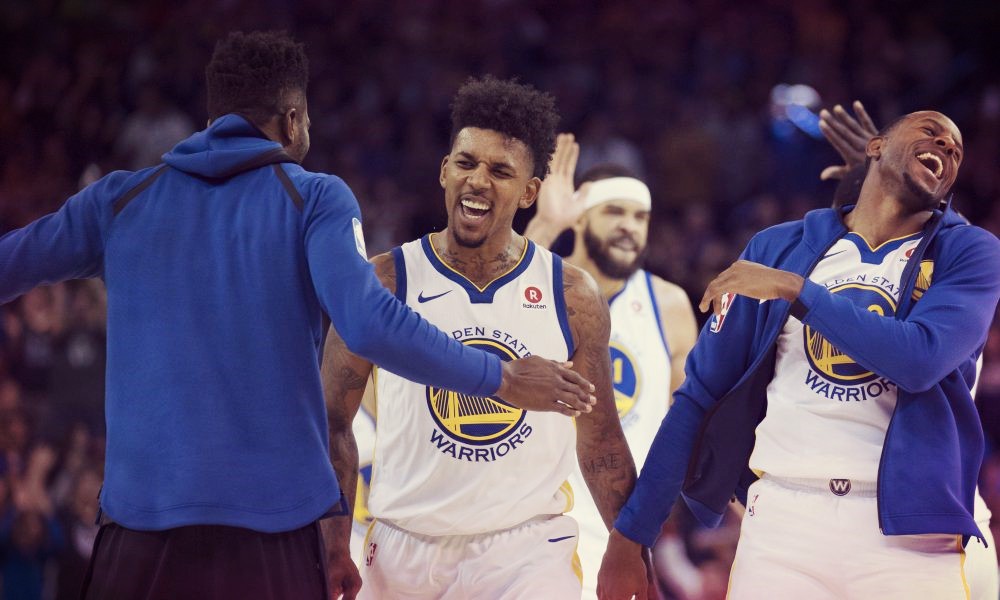 Who's Got The Best Bench in the NBA?

Everyone's talking about the stars of the NBA right now. That's because the NBA's annual mid season classic is just over a week away.

The NBA's All-Star weekend is the largest gathering of basketball superstars in the world. The All- Star game features 24 of the best basketball players in the NBA. But while these All-Stars are the most prominent players on every NBA team, they cannot win it all without the role players on their squads. 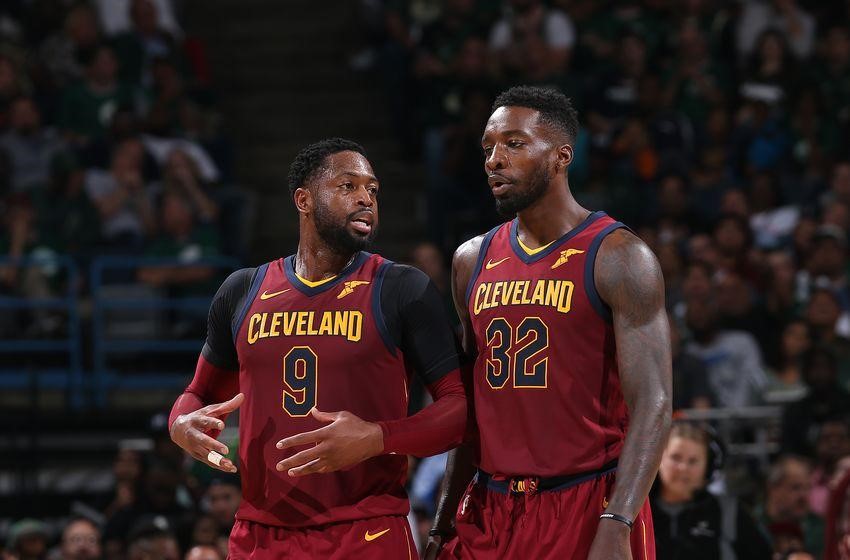 A team's bench plays an important role in any team's success. There players are called relievers because as the word says, they relieve the starters on the court and give them the time to sit on the bench and rest. But the relievers can't just replace the starters bodily, they have to be good enough to compete against the opposing team.

A bench can help a team increase or keep a lead. They can also key a comeback or close the gap and keep the team in the game while the starters rest. But if they aren't good enough, the opponent can take advantage, increase their lead or blow the game wide open and build an insurmountable lead.

In the NBA, the most successful teams have the best benches is the league. That's because all teams have superstar players, that's a given and they just cross each other out in the boxscores. But the difference between title contenders and mediocre clubs are often their benches.

Take a look at the best benches in the NBA: 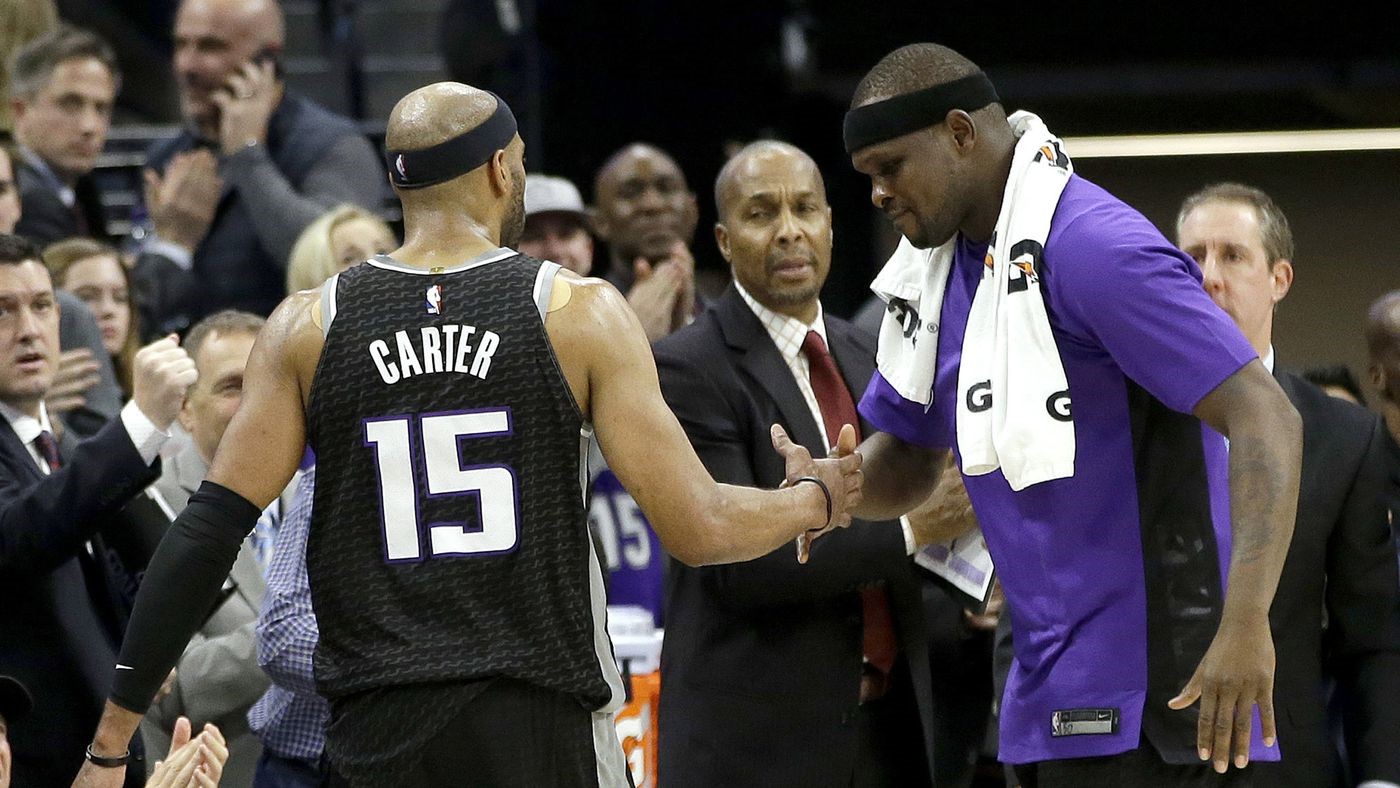 If you look at the list four of the the top five Highest scoring benches in the NBA are from teams that are out of playoff contention. Expanding our observation, only the Raptors, Cavs and Spurs ( the Clippers are in the thick of the fight ) among the ten are currently in playoff position.

The seven non-playoff teams on the list don't have any representative in this year's all-star break. That's because these are young teams who don't have a go-to scorer yet. Take a look at the Kings, Nets, Lakers, Hawks , Bulls and Suns. Without a LeBron or Curry in their lineup, these teams depend on several different players to score and these players include those coming off the bench. Hence, the high output from their benches. 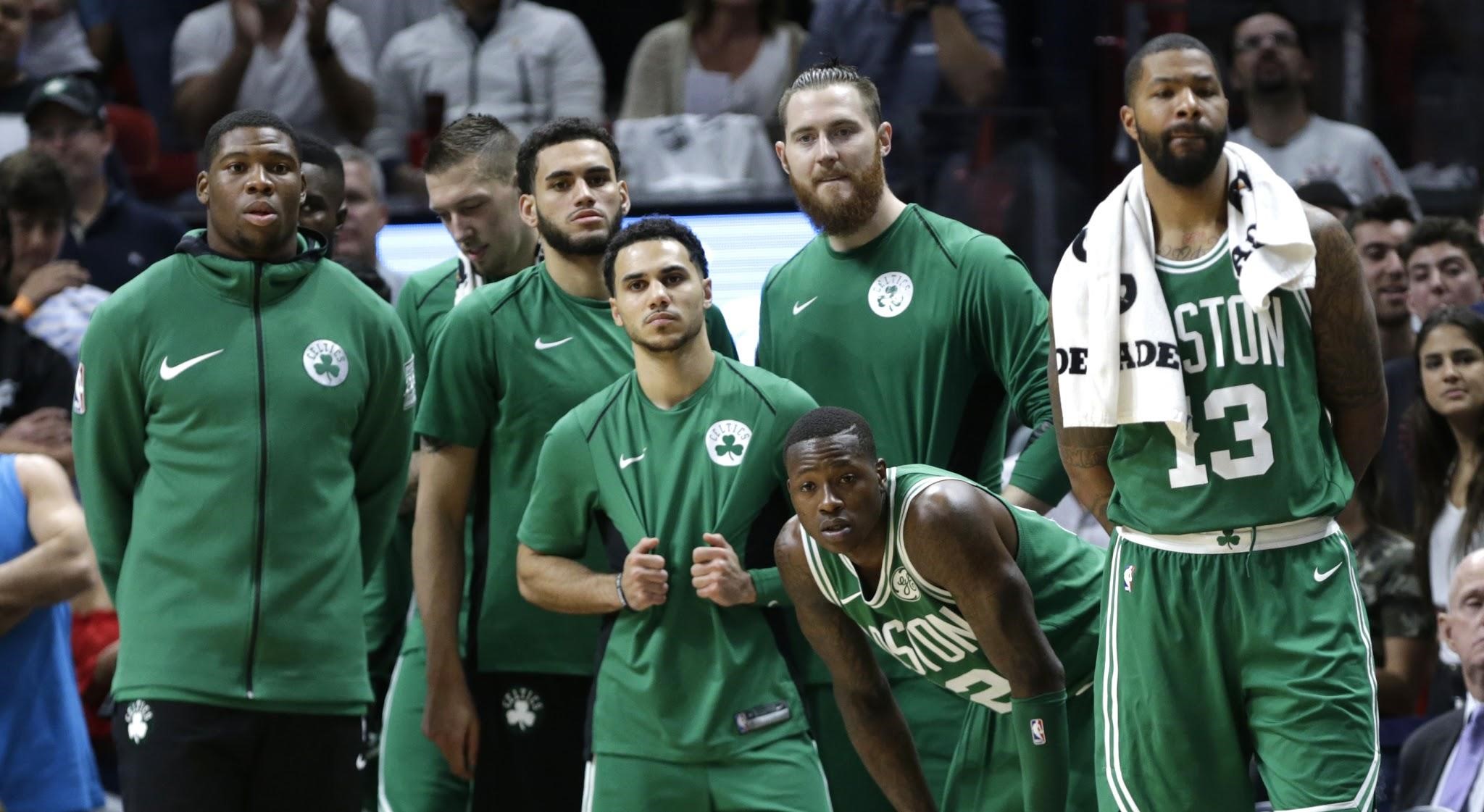 Flip the stats and take a look at defense. Four of the top 10 highest scoring NBA benches are in the bottom 10 in defensive rating. The Nets are 22nd, Bulls 24th, Suns 26th and Kings 27th. This means while these teams benches score big, they also yield points big time. Which brings us to net rating.

The best benches are the ones who are able to balance both offense and defense. A balance in both doesn't necessarily mean a very high mark in both or eight state. But, it's the team that is able to generate more points than it gives up. That's net rating. In this case, let's take s look at advanced stats.

The Top two teams in the NBA ( who are also the top two teams in the western conference ) have the highest net rating among 30 NBA teams. Next to them are the 2nd and third best teams in the East, namely the Toronto Raptors and Cleveland Cavaliers. What about Boston, the best team in the East? Well the Celtics lost Gordon Hayward to injury on opening night, so they had to pull out one player from the bench and make him a starter. So technically, Boston's bench is depleted with its best bench player currently starting.

Not The Absolute Key 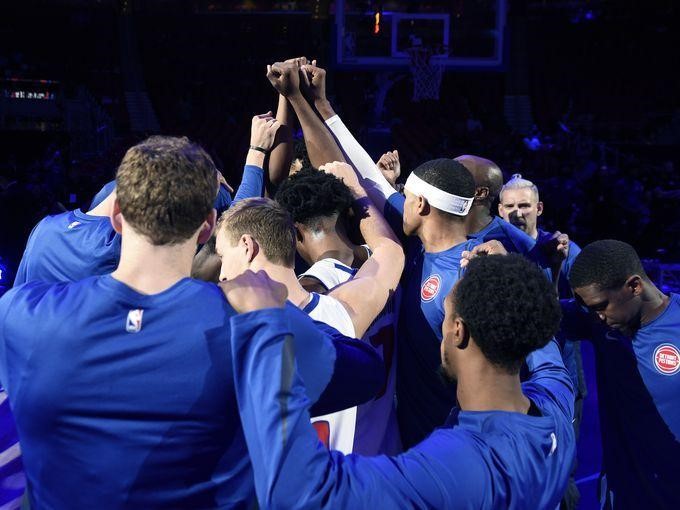 But while Boston is just 27th in offensive efficiency, the men in green are 2nd in the league in Defensive Rating. That's why the Celtics are the number 1 team in the East. Meanwhile, the Detroit Pistons bench leads the league in Defensive Rating but they are just 22nd in offensive rating. So there's no reason to be surprised why the Pistons are out of playoff position right now despite their bench's excellent defense.

The bench's net rating is a key statistic but still, it isn't the absolute key. For example, are also other teams who have good benches but are out of playoff position now. Look at the Mavericks and Jazz who are in the Top 10 in net rating. This is because while the bench is important, the starters need to do their part. Dallas' starters are only 27th in net rating while Utah's first unit is only 18th in the same category. But that's not our topic. The bench as an important factor in team success is.

Best Bench Player in The NBA 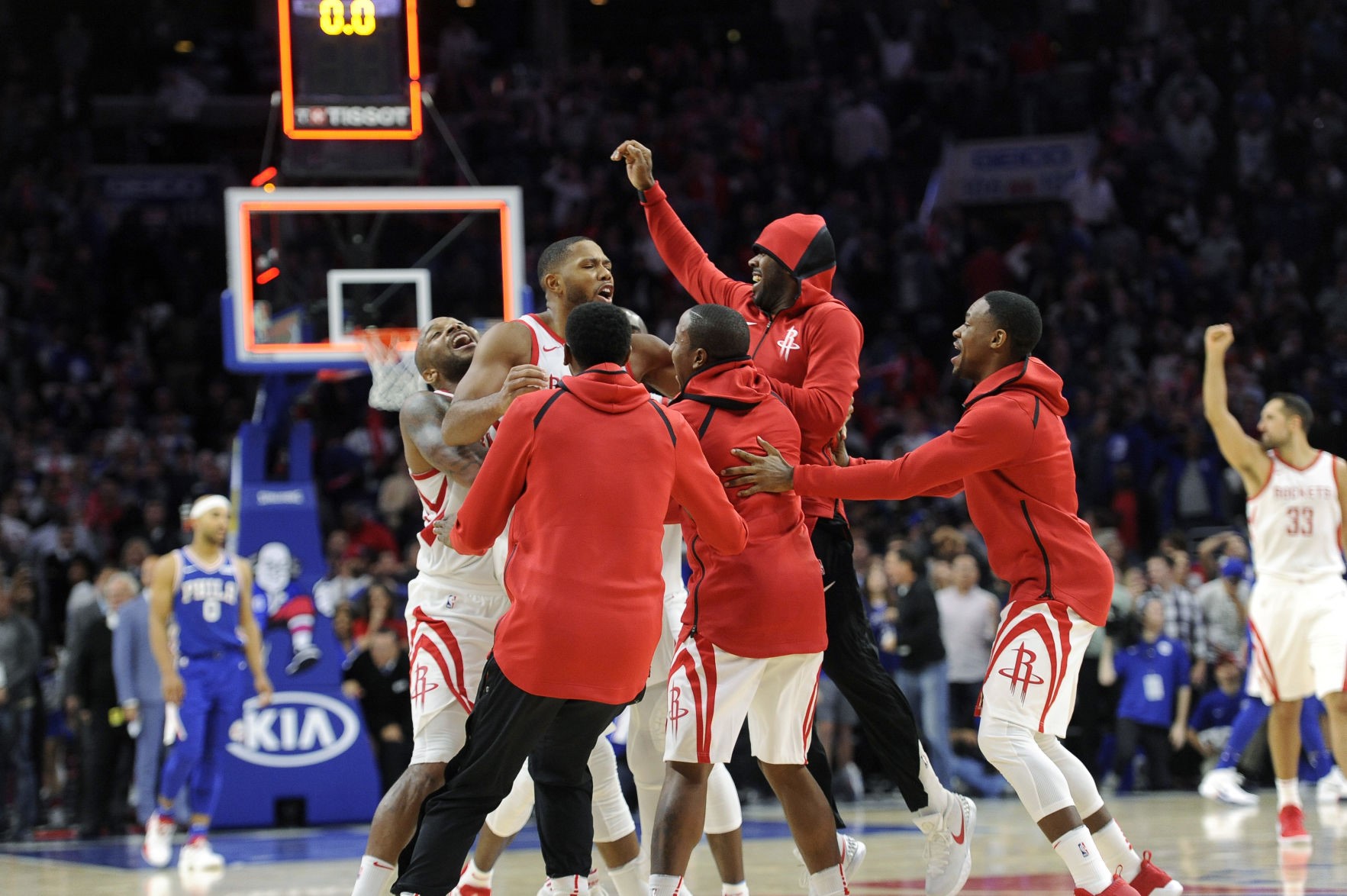 There shouldn't be any surprise why Houston's bench is among the league's elites. The NBA's reigning Sixth Man of the Year is from the Houston Rockets . Back up PG Eric Gordon is a key contributor to the Houston offense. Gordon averages 19.1 points per game off the Rockets bench. That makes him the Rockets' third leading scorer after James Harden and Chris Paul.

Aside from Gordon, the Rockets also have Nene Hilario, Luc Mbah a Moute , P.J. Tucker and Tarik Black coming off the bench. Not only are these names known to be tough on the defensive end, they also average a combined 23.2 points per game. Most recently, the Rockets acquired Gerald Green who has delivered 13.5 points per game in 13 games played.

What also makes the Rockets bench very effective is the fact that they have two of the best playmakers in the league on their team. James Harden and Chris Paul are both starters but when one goes to the bench to rest the other remains as the chief playmaker. Hence, the Rockets are assured they have one of the best point guards on the floor at any given time. Because of that, everyone's job is much easier. That's a luxury, really. 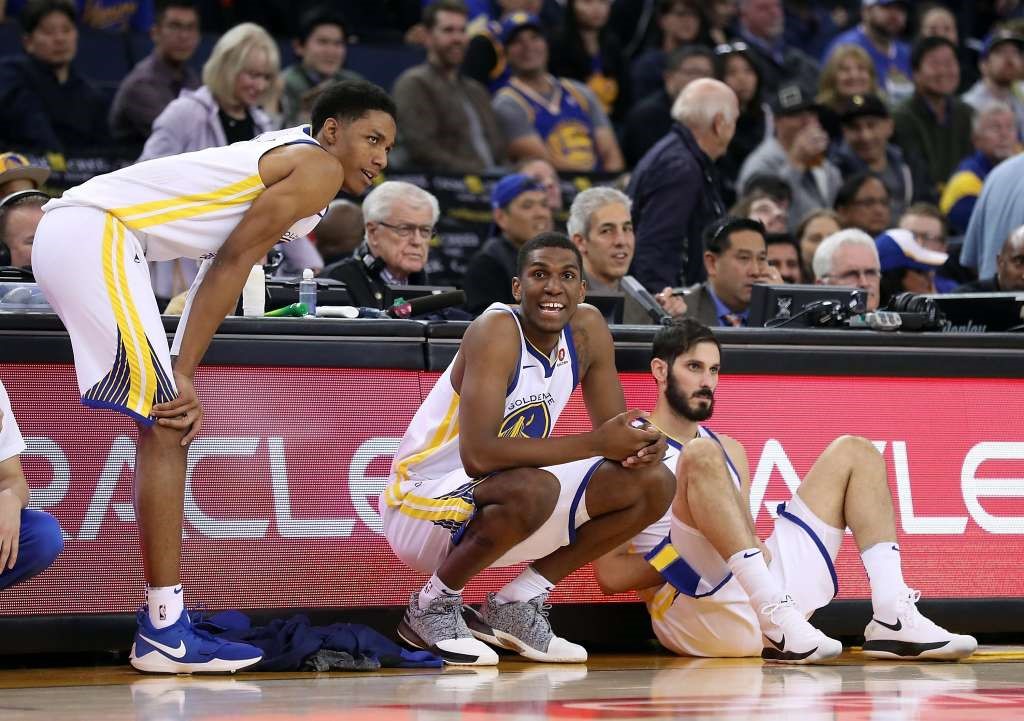 Andre Iguodala, David West, Nick Young, Omri Casspi, Shaun Livingston, ZaZa Pachulia, Javale McGee, Patrick McCaw. and Kevon Looney. These players average an astounding combined total of 52.8 points per game. Of course, there were games when they started due to injuries to their starters.

But the point is, these players can score and not only that, they can also defend. In fact, Iguodala, West, young and Casspi could easily start in other teams. The Splash brothers and their other two all-stars make the Warriors an elite. Their depth makes them all the more dangerous.

The Best Bench In The NBA 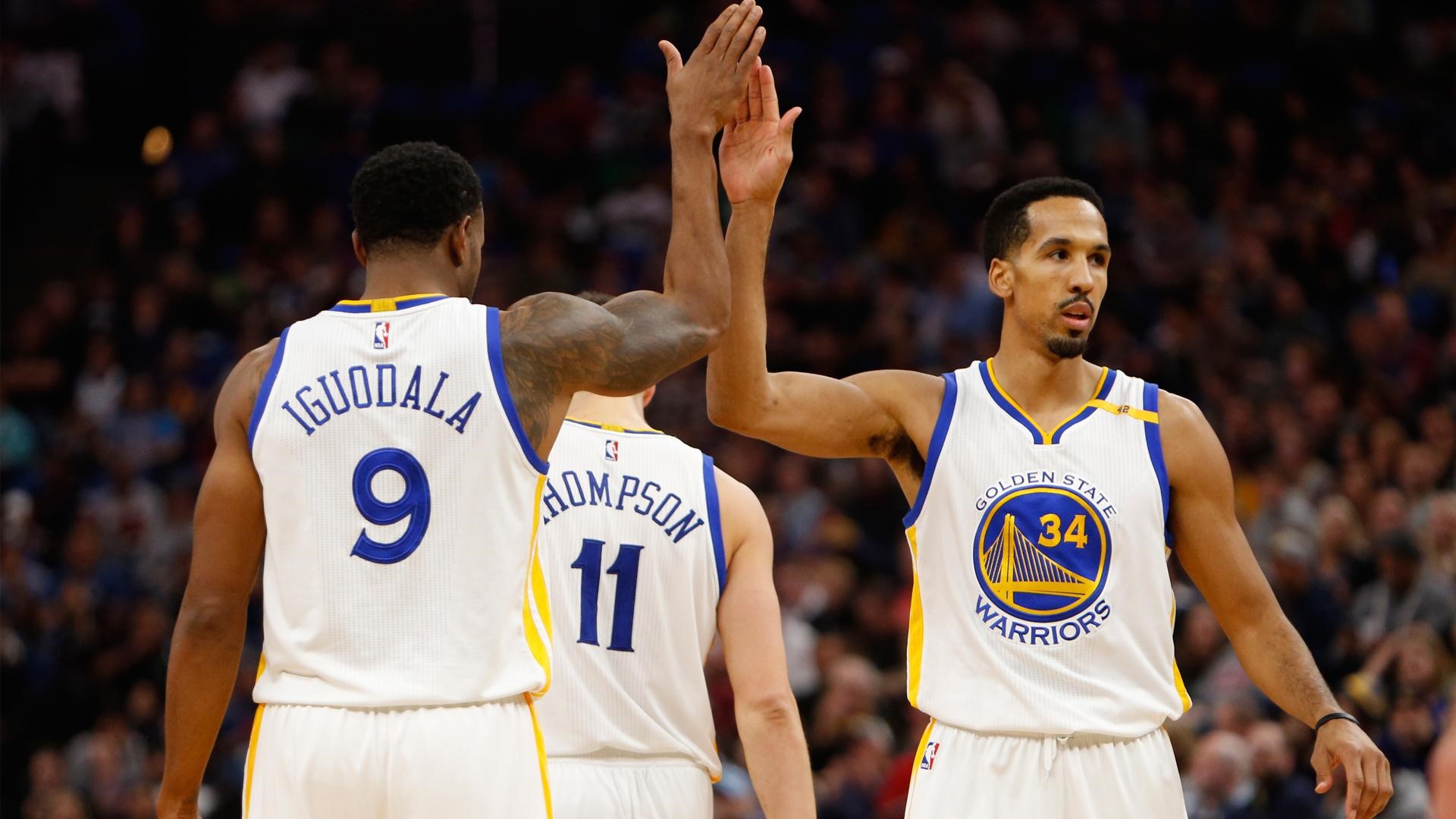 Between the two benches, the Warriors have more depth which gives them a wider rotation of players. This enables their starters to get the rest they needed and keep them fresh when they need them most. Not only that, Steve Kerr isn't shy to play his bench players even when the game is on the line.

Although they aren't as deep, the Rockets have the best bench player in the league in Eric Gordon. He's going to play a big part of how far they will go. Houston's coaching staff has done a great job of plugging their reserves at the right time and they have delivered.

Ultimately, it's going to be the stars who are going to determine our Western Conference champions ( and the NBA champs as well ) But whoever is going to win it needs a good bench to do it. Both the Warriors and the Rockets have that bench. The difference is that Golden State is deeper and has more experience, especially in the postseason.