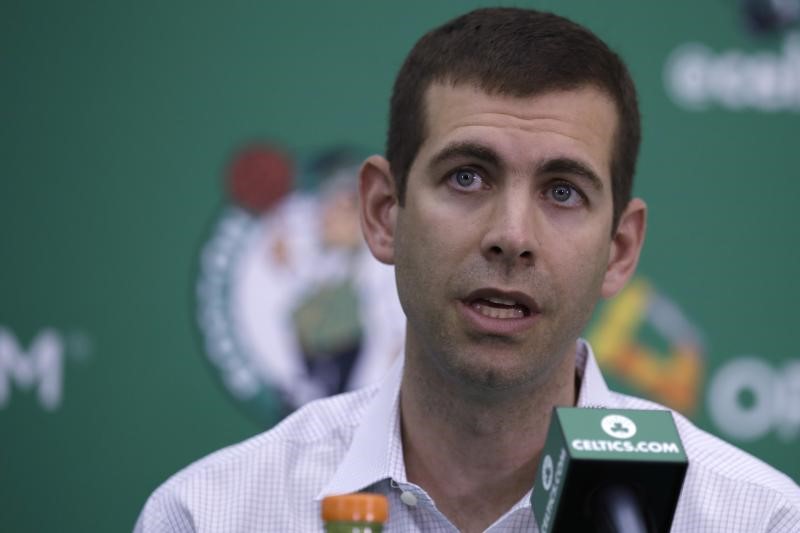 Why Brad Stevens Should Be Coach Of The Year

Brad Stevens has always been considered a coaching prodigy. He’s one of the best young bench tacticians we’ve ever seen in the NBA and he continues to impress year after year. This season is no different.

While Stevens has the most talented team he’s ever had, the adversity he and the Celtics have faced this year overwhelm that factor. And given where the Celtics are right now with the 2017-18 regular season about to end, Stevens may be running away with the NBA’s Coach of the Year award. 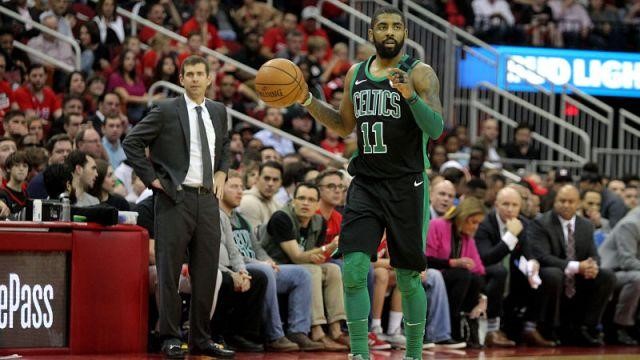 Stevens’ credential are impressive. In his first year as head coach of Butler, Stevens became the third youngest head coach in NCAA Division I history to lead his team to a 30-win season and the fourth winningest first year head coach. Butler’s 30 wins in 2007-08 was both a school and Horizon League record and they were nationally ranked for a school best 19 consecutive wins.

In his second season, Stevens became the sixth coach in NCAA history to win 50 games as a coach in 56 games or fewer. Although they lost four starters from the previous year’s team, Butler exceeded expectations and made the NCAA tournament a second straight season.

The following year, Stevens led Butler to the first ever undefeated regular season and conference tournament in Horizon league history. In the NCAA tournament, he led Butler to their first ever Elite 8 appearance. A game later, Butler became the smallest school to make the Final 4 since tournament seedings began. At age 33, Stevens would become the youngest coach to lead a team to the Final Four since Bob Knight was 32 in 1973.

The Bulldogs would advance to the title game, becoming the smallest school to play in the NCAA tournament Finals since Jacksonville in 1970. Stevens also became the youngest person to coach a team to the NCAA Finals since Branch McCracken coached the Indiana Hoosiers to the 1940 NCAA title.

In the Finals, the Bulldogs lost a touch 61-59 decision to Duke after Gordon Hayward’s half court basket barely careened out as the final buzzer expired. While Butler lost the game, their cinderella run was one for the ages. Hayward would leave Butler after that season but Stevens led the Bulldogs to a second consecutive appearance in the NCAA Finals but once again, they came up short, this time losing to UConn. 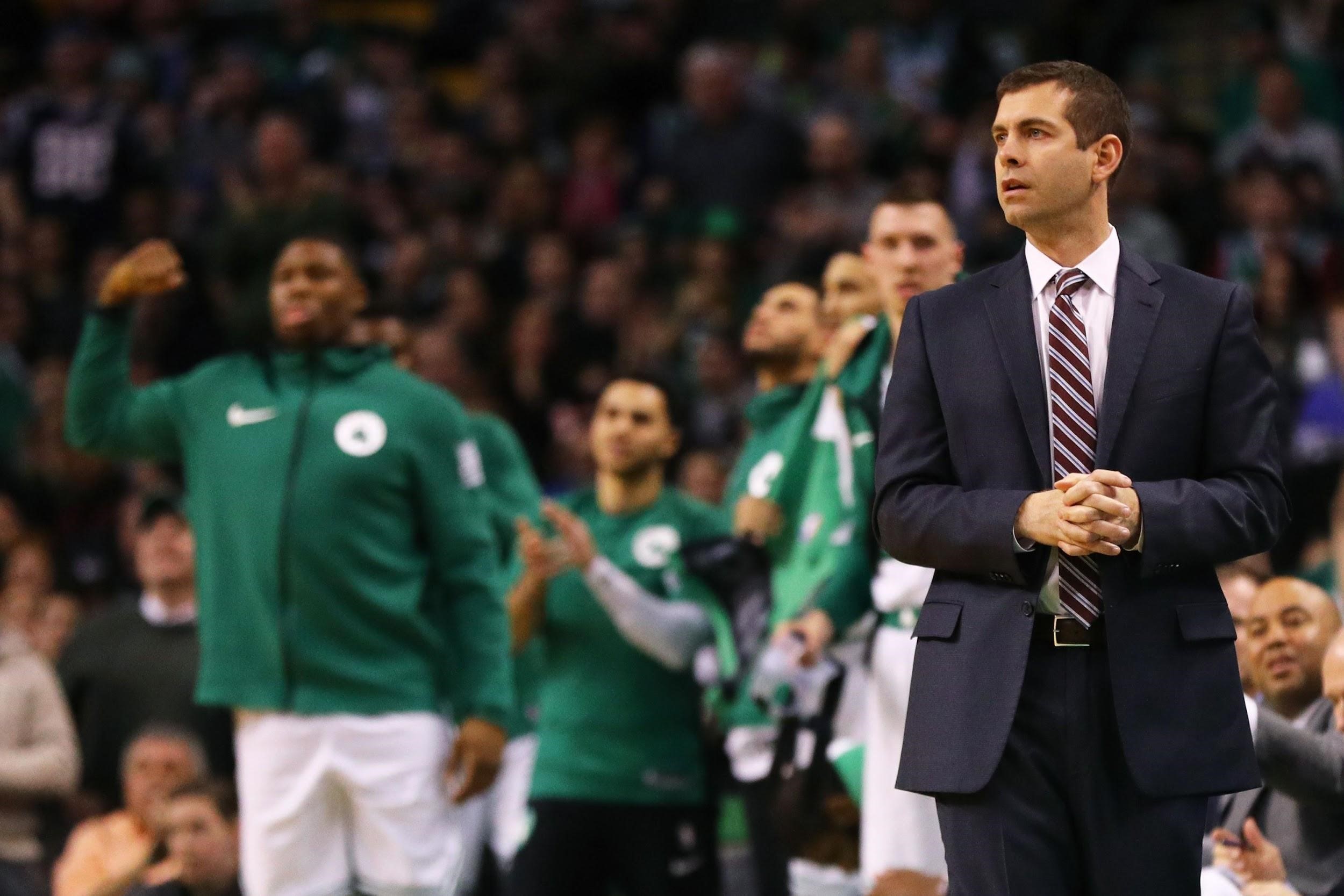 In 2013, Stevens left Butler to sign with the Boston Celtics. After missing the playoffs in his first season as coach, Stevens led the men in green to the postseason in his sophomore season as head coach. The Celtics were 40-42 and the East’s 7th seed when Stevens made his playoffs debut in 2015. They have improved their win-loss record in every season after that.

The Celtics finished 48-34 the following season and became the East’s 5th seed. Last season, Boston finished at 53-29 and was the Top seed in the East. However, they lost to the Cleveland Cavaliers in the Eastern Conference Finals after star guard Isaiah Thomas was sidelined due to a hip injury.

If Brad Stevens’ coaching was top notch up to last season, he’s taken it a notch better this year. After acquiring Kyrie Irving and Gordon Hayward last summer, the Celtics were expected to be one of the top contenders to win this year’s NBA title. But after Hayward suffered a season ending injury on opening night, they were written off for dead.

Despite losing Hayward and opening the season at 0-2, the Celtics racked up 16 consecutive wins with Kyrie Irving becoming the team leader that his critics say he would never become. Not only did Stevens successfully transform Irving into an early season MVP candidate, he had to bring together a new team on the fly after a huge emotional debacle as Hayward’s injury.

Boston brought back only 4 players from last season’s line-up. These are Al Horford, Marcus Smart, Terry Rozier and Jaylen Brown. Yet despite having 11 new players including 5 rookies on his squad, the Celtics were the early leaders in the Eastern Conference. The challenges didn’t end there.

A Season Of Injuries 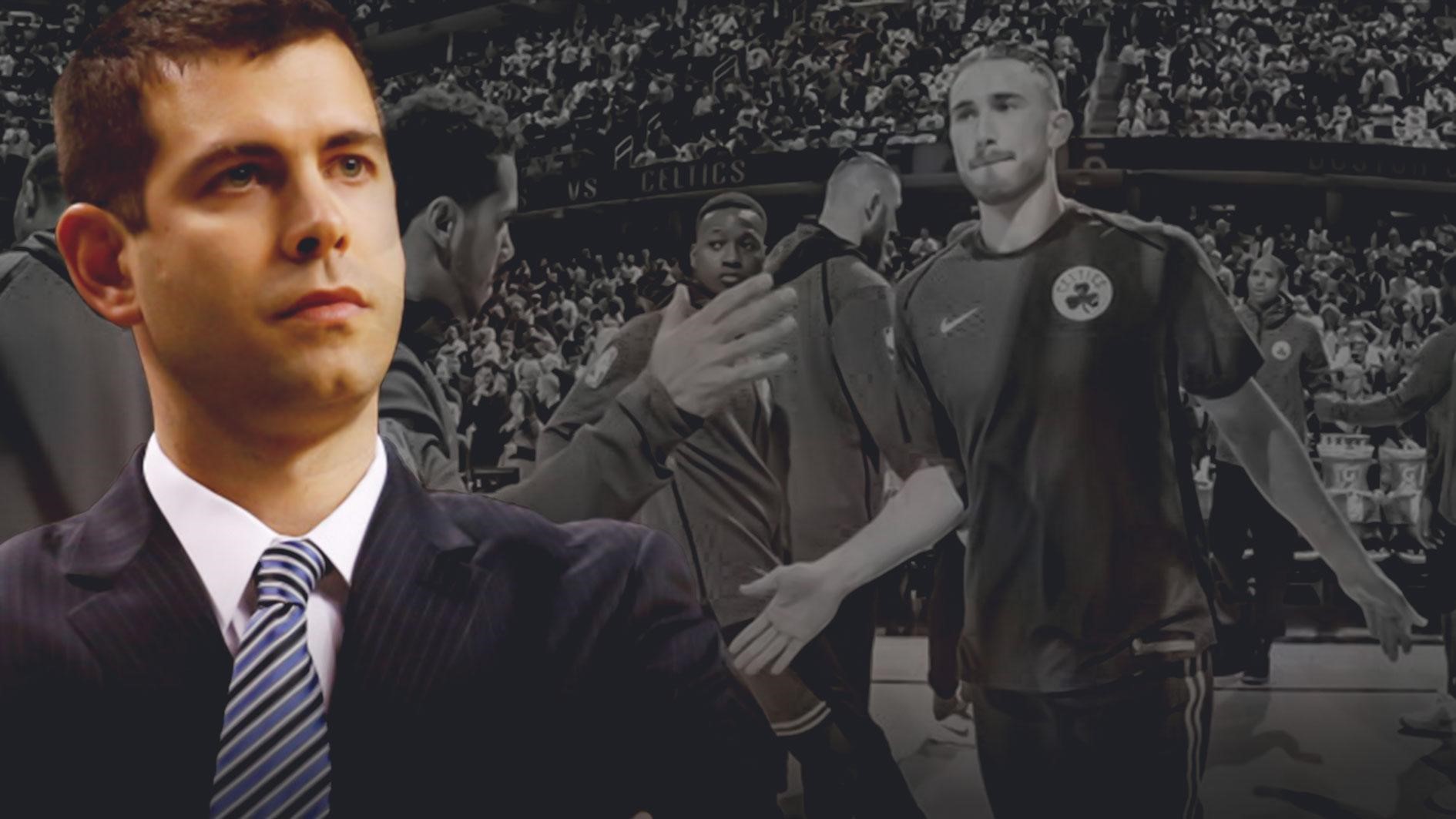 After a series of injuries beginning the start of 2018, the Celtics yielded the top spot to the Toronto Raptors. And after Kyrie Irving was shut down in mid-march because of knee problems and the Celtics were supposed to struggle hanging on to the East’s #2 spot.

The Celtics lost three of their first four games without Kyrie Irving. Then we saw them lose Daniel Theis for the remainder of the season with a torn meniscus and Marcus Smart go out with a torn thumb tendon. Not to mention Jaylen Brown suffering a concussion plus the likes of Al Horford, Marcus Morris, Shane Larkin and Jabari Bird miss multiple games.

But instead of losing grip of the #2 seed in the East, Boston is making a spirited run at Toronto’s top spot. Prior to losing to the Bucks on April 3, the Celtics won six games in a row, including wins against the Raptors, Portland Trail Blazers and Utah Jazz who are all playoff bound, red hot as of late and playing on full strength.

Not only that, the wins over Toronto, Portland and Utah were against three coaches who along with Brad Stevens are the early favorites to win Coach of the Year ( Dwane Casey, Terry Stotts and Quin Snyder respectively ) And for the Celtics to beat those teams with a skeletal force, that increases further Brad Stevens’ stock as this year’s top bench tactician.

With five games left to play, the Celtics have tied their win total from last season and are almost a lock to better it. That’s been the trend in Stevens’ tenure in Boston, with the team improving its win total year after year. But this season is by far the best in Stevens’ resume, given the seemingly unending injuries that have plagued the team, including the loss of Hayward. 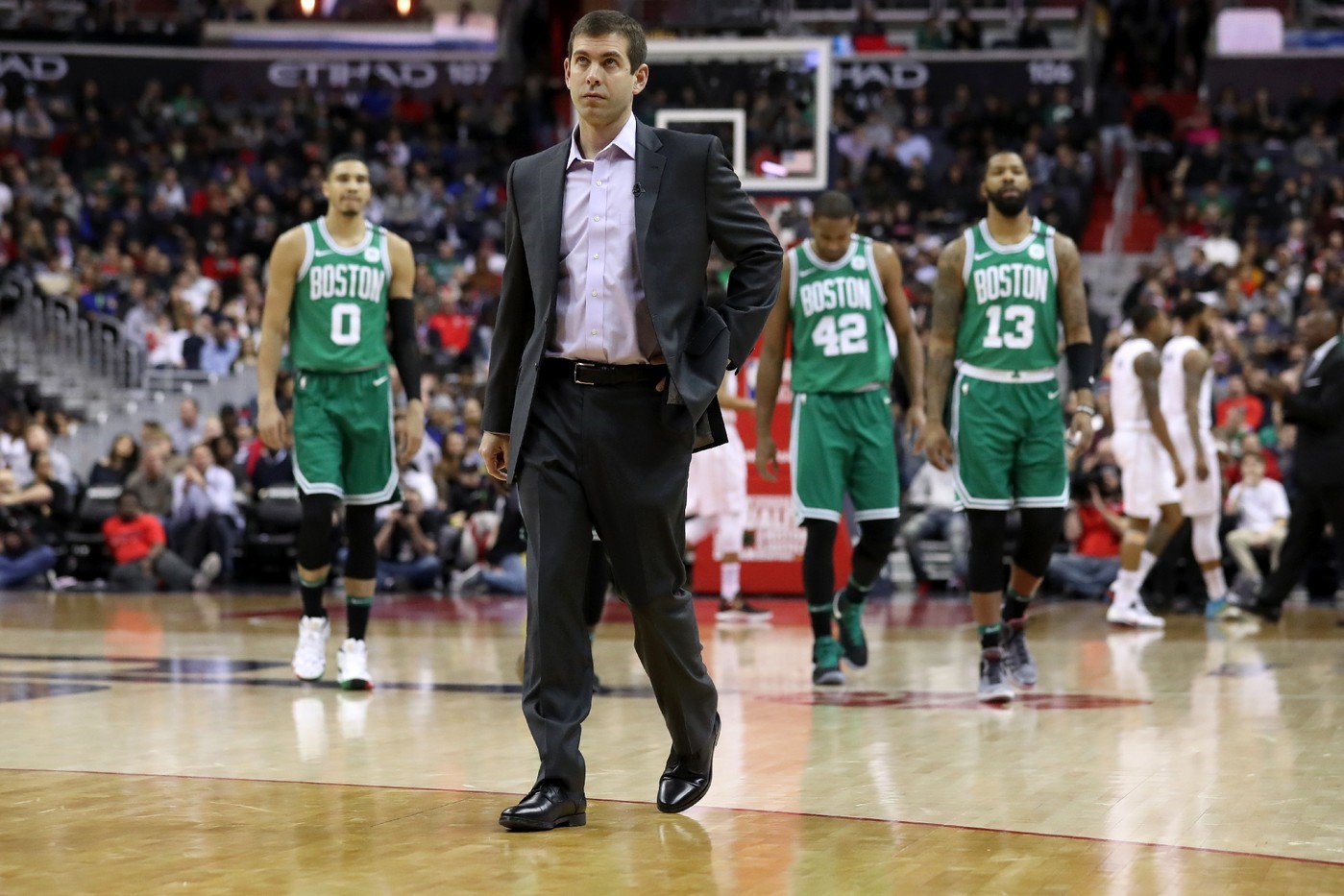 Without the shadow of a doubt, this is Brad Stevens’ finest job ever and with the regular season about to end, the Coach of the Year award should be rightfully his. A virtually new team, losing Hayward, five rookies and injuries to key players all season long. You name it. The Celtics have been hit by roadblocks one after the other. But they have the 4th best record in the entire NBA.

The Celtics aren’t supposed to be in their current position given every obstacle they’ve had to face this season. But Brad Stevens keeps on finding ways to bring out the best in whatever he has left. In doing so, the Celtics have been winning games they aren’t supposed to win. That’s pretty special.

This is not to discredit Casey, Stotts, Snyder and even Brett Brown of the Philadelphia 76ers who all have done marvels with their clubs this season. And yes, didn’t the Jazz and now the Sixers lose key players too due to injury? Gobert went out early in the season for Utah and Joel Embiid of Philadelphia recently got hurt. But none of those teams have lost more games due to injuries to key players than the Celtics have this season.

Everybody’s talking about James Harden and Victor Oladipo as almost sure winners for MVP and Most Improved Player and rightfully so. Maybe it’s also time to add Brad Stevens’ name to that list. What Stevens is doing in Boston right now is extraordinary. And it should be more than enough to win him Coach of the Year.