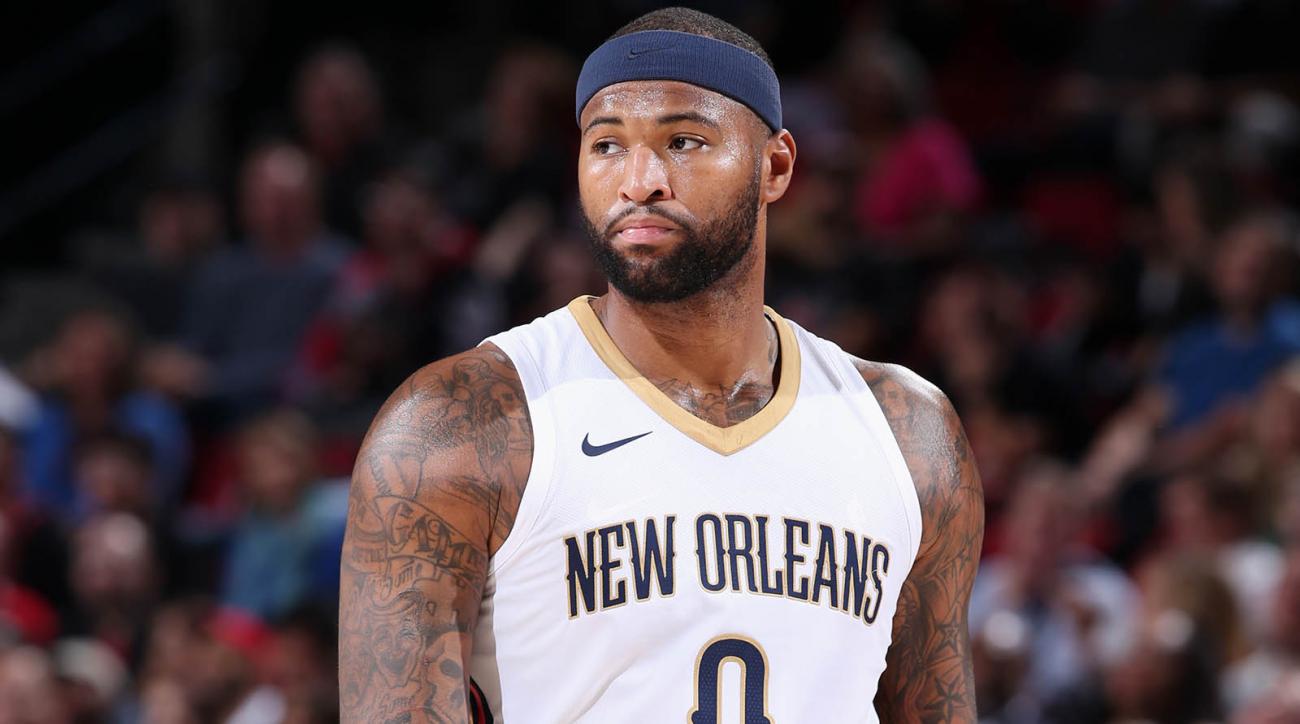 Why Going To Golden State Makes Sense For DeMarcus Cousins

With just three days gone, the top three free agents of the 2018 summer are now officially off the books. Paul George decided to stay with the Oklahoma City Thunder. LeBron James chose to go to Los Angeles. And now, DeMarcus Cousins has agreed to sign with the Golden State Warriors.

That’s correct, That’s not a typo. All-Star center DeMarcus Cousin will join the Golden State Warriors on a one year deal worth $5.3M. Cousins played 48 games for the New Orleans Pelicans last season, earning an all-star slot, while averaging 25.2 points, 12.9 rebounds, 5.4 assists, 1.4 steals and 1.6 blocks per game before going out with a season ending achilles injury.

Cousins is considered one of the original unicorns in the NBA with his ability to knock down the three pointer and handle the ball. Last season, the all-star center shot the three ball at a 35.4% accuracy and made a career high 104 three pointers.Cousins is also an excellent ball handler and passer for his size and he averaged a career high 5.4 assists last season.

Before Boogie signed with the Dubs, he was linked to a sing and trade deal involving the Portland Trail Blazers. Those conversations revolved around Cousins and Blazers big man Jusuf Nurkic. But because both players share the same agent, making the deal was difficult. Similarly, adding Cousins would have hard capped the Blazers who are over the salary cap limit. But why did Cousins chose the Warriors? And what does he bring to the table for the champs?

Running Out Of Options 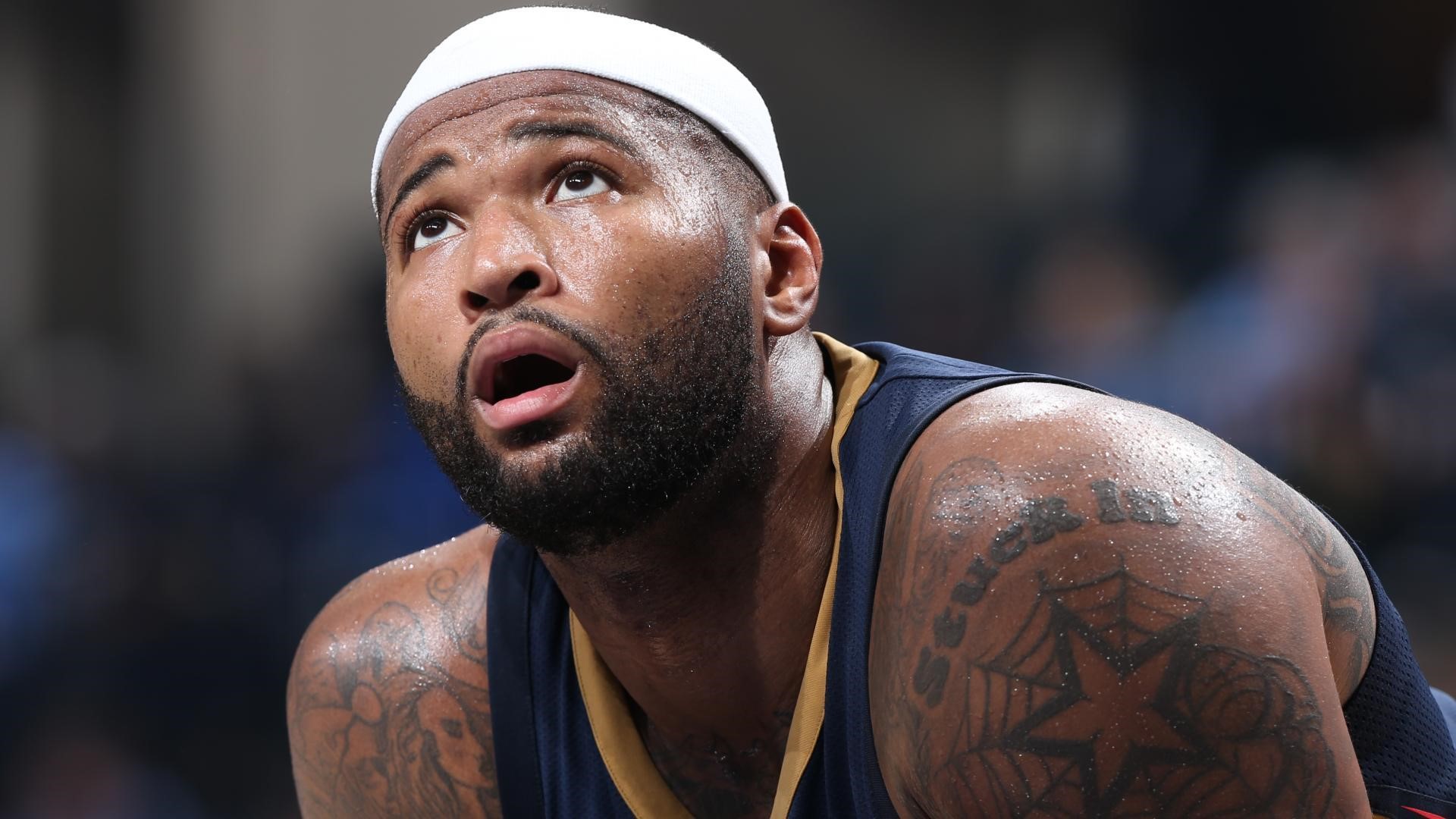 Boogie was running out of options. He could not get the kind of long term contract he would have gotten prior to the injury. And the teams who needed centers and had the cap space needed to sign him went in different directions.

The Dallas Mavericks, who were openly shopping for a center with their cap space, quickly went after Los Angeles Clippers big man DeAndre Jordan. The Los Angeles Lakers, who were rumored to be eyeing Cousins to pair with LeBron James after Paul George committed to Oklahoma City, chose to sign the less cheaper Javale McGee instead. And Cousins’ team the New Orleans Pelicans, decided to sign a younger and healthy Julius Randle instead.

The Philadelphia 76ers have cap space but since they already have Joel Embiid weren’t interested in Cousins. Another team with enough cap space to offer Boogie a max contract are the Atlanta Hawks. But they are rebuilding and Cousins doesn’t want to be a part of that at all.

With his options slowly disappearing one by one, Cousins was said to have narrowed his choice between the Golden State Warriors and Boston Celtics, both considered to be title contenders this season. In the end, Cousins made the safest choice and while many consider it to be a move as cowardly as Kevin Durant’s two years ago, it wa the best move available for DeMarcus Cousins.

Sure, going to Golden State would mean joining a team which has won three of the last four NBA titles and has made the NBA Finals in each of the last four seasons.. That would give Cousins the opportunity to chase a ring for the first time in his NBA career. But that’s most probably not on top of Cousin’s mind right now.

Because he is still recuperating from an achilles injury, Cousins won’t be available to play until around December 2018 to January 2019. But because the Golden State Warriors are already stacked and loaded even without him, they won’t really mind not having him for the first two months of the 2018-19 seasons, For Cousins, he will have the luxury of time to fully heal in Golden State.

Signing a one year deal also gives Cousins the financial flexibility he needs. Because he got hurt last season, there was no way he was going to get the max contract he wanted. But now that he has one season to prove himself all over again, he can get that contract as soon as next summer. Along the way, he has a chance to win an NBA title, the easy way. Given all those advantages, who could blame Cousins for choosing the Warriors?

On the bigger picture though, Boogie joining the defending champions is yet another advantage. Two seasons ago, the Warriors added Kevin Durant after losing to the Cleveland Cavaliers in the 2016 NBA Finals. Having Durant gave the Dubs an easy time dethroning the Cavs in 2017. With Durant, the Warriors swept the Cavs in the recently concluded 2018 NBA Finals. What more with Boogie Cousins next season? 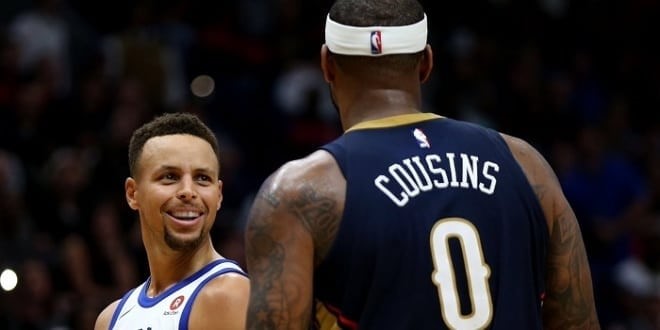 But integrating DeMarcus Cousins to the Warriors’ system may not be easy as one-two-three. For one, Cousins has been known to have troubles with his teammates and coaches in the past so that means there is a possibility that he will be a liability more than an asset for the Dubs.

As for his game, Cousins is a ball dominant big man. He often held the ball in his hands long before deciding whether to make a play for his teammates or make a shot for himself. That’s not how it’s done in Golden State with their ball movement as the key to getting baskets. Cousins is a good passer so there may be no big problem in this category, unless of course he doesn’t conform to the Warriors’ game.

Cousins is a big time scorer but with four other all-stars in the Bay Area, he must learn to share the wealth. When you have a team with five all-stars, someone’s numbers are bound to go down. Given that these Warriors have been together for quite some time now, it’s Cousins’ numbers that will likely suffer. He must be prepared to accept that.

Defensively, Cousins isn’t good at switching coming off picks whereas the Warriors have a switch-heavy defensive scheme. Golden State head coach Steve Kerr must make adjustments to prevent Boogie from getting in trouble with the pick and roll. Knowing Kerr and his assistants, they will easily figure this out and integrate Cousins.