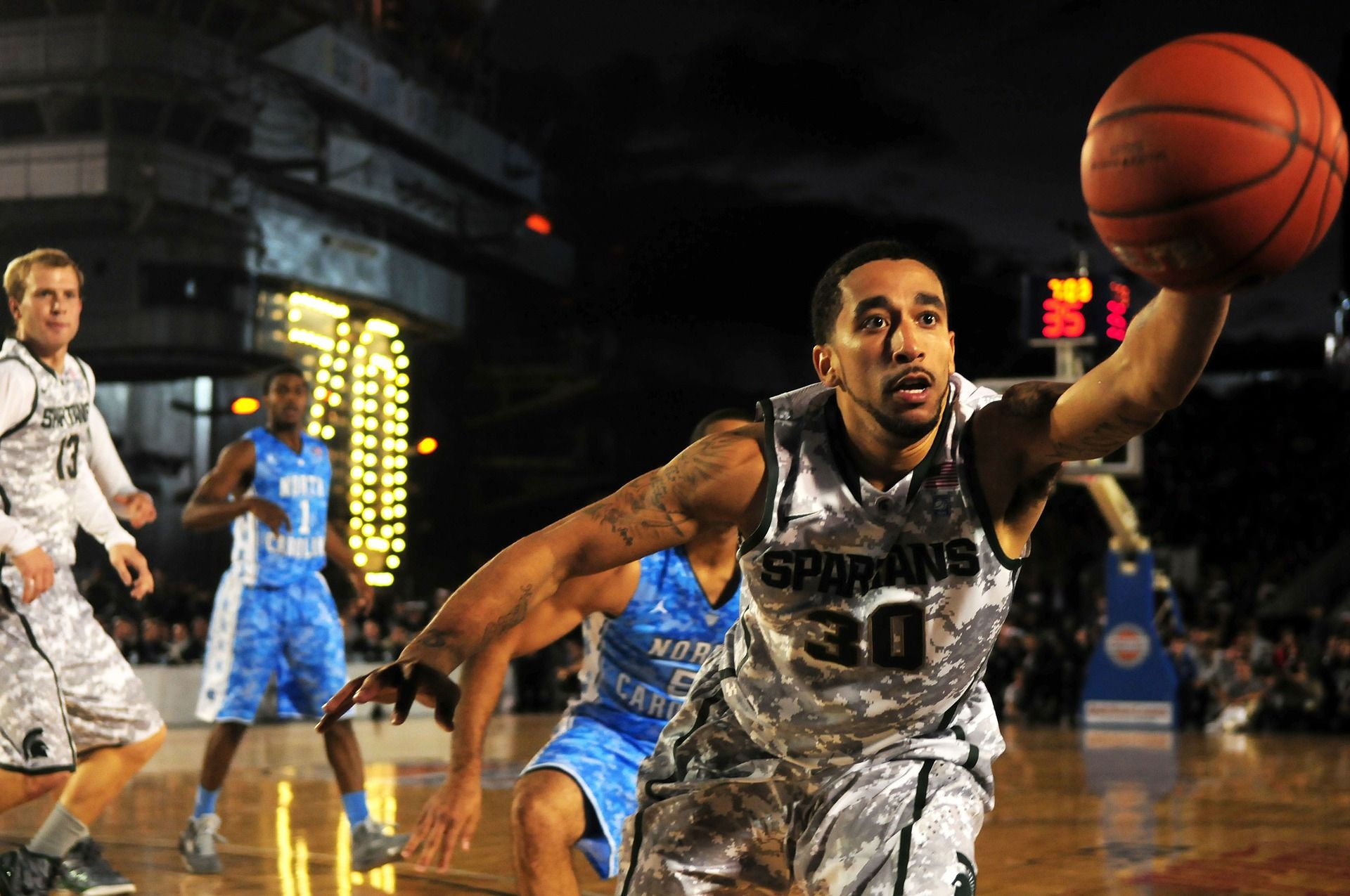 Why Irving can thrive with Durant in Brooklyn

Brooklyn Nets head coach Steve Nash believes that his star Kyrie Irving is clearly one of the best players out there in the league. With a fresh new season for them, Nash and the rest of his team have a lot to prove and they want to establish a bigger name for themselves this year.

Irving is a seasoned star in the league right now and is known for his high scoring output and dominant ball handling skills. Paired with two-time NBA champion and MVP Kevin Durant, the two stars are set to show the league that they can win a title on their own without relying on other stars.

Nash hopes that Irving can pull off a better run this year. Up-to-date basketball news puts both Durant and Irving as the front runners for one of the league’s hottest teams. Nash claimed that he saw Irving’s potential back when the star was still in his collegiate years.

‘I’m sure I saw him play in college once or twice, but barely remember it’, Nash said. ‘When you watch someone play hundreds of times, it’s harder to remember the first time. But it was obviously clear to me what a prodigious skill level he had and a flair for the game’.

Both stars have a lot to prove. With LeBron James winning his fourth NBA title, Durant is clearly doing all he can to reclaim his spot as the best player. However, he isn’t the only one aiming for that title as Irving wants to win a title without LeBron.

Irving attempted to lead his own team but it ended in disappointment. His time with the Boston Celtics was a poor chapter in his career, and his two years with the team only saw him become a second option to rising star Jayson Tatum.

The former Celtics star is clearly desperate to prove that he can win a title and be a better teammate. That means that Irving needs to keep his game open for a lot of changes with Durant.

Nash compared Irving’s game to the legendary Isiah Thomas - who is one of the best point guards in the history of the game. The former Phoenix star has taken some parts of his game from Thomas, and he believes that he can see the same with Irving.

‘They’re two guys that were incredibly skilled and creative, and Isiah was my idol, so I can definitely see the comparisons straight away’, Nash said.

It seems that Irving will really enjoy his time with the Nets, and with Nash at the helm, the star guard will surely learn a lot that could help him improve. This is his big chance to show what he can do to help his team win a title.

The Nets are clearly primed for a stronger finish for the first time since the team made it to the playoffs and played against some of the heavy teams in the East,

Now that the team has both James Harden and Blake Griffin, the task just gets even harder. Most of the up-to-date basketball news expects them to at least get the top spot in the Eastern Conference. Both Durant and Irving will play a huge role in their success.

While Durant serves as the de facto captain, Irving is forced to take up a lower volume of scoring. The star has to keep up and help his team score more points. While he serves as one of the best finishers in the game, Irving alone can’t carry the Nets.

This is why both he and Durant have to work together. With both Harden and Griffin taking the step back to allow them to shine, the two lead stars must show their worth and hopefully win a title soon.