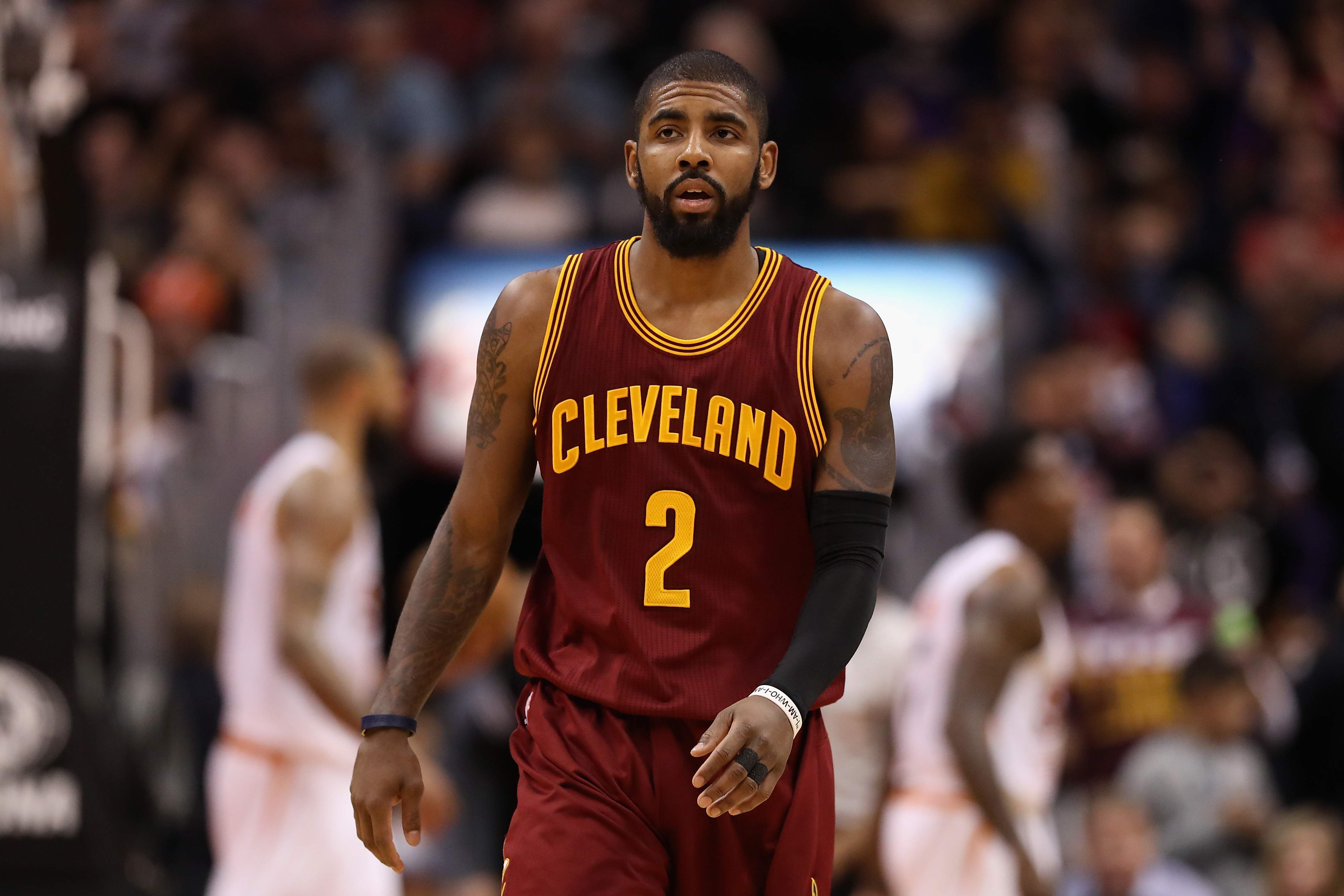 Why Kyrie Irving Wants Out of Cleveland

The whole world knows it by now. Kyrie Irving has requested to be traded from the Cleveland Cavaliers. One third of the Cavs’ Big Three, Irving is best remembered for hitting the big three point basket in the closing minutes of Game 7 of the 2016 NBA Finals which helped the Cavs secure their first ever NBA title.

Only 25 years old, Kyrie Irving is already an accomplished veteran. Irving was the Cavaliers’ #1 overall pick in 2011, the NBA’s Rookie of the Year in 2012, FIBA World Cup MVP in 2014 and NBA All-Star Game MVP in 2014. But after six NBA seasons ( four as an All-Star ) in Cleveland, Kyrie wants out.

Everyone was surprised. Cleveland was shocked. But maybe this was something that was bound to happen, sooner or later.

We can't look too far to see where this all began. When LeBron penned his I'm Coming Home piece, he sounded like a made man going back to his roots to help his hometown win and in the process help the young, budding stars in the team achieve the same kind of greatness he's accomplished:

"I think I can help Kyrie Irving become one of the best point guards in our league. I think I can help elevate Tristan Thompson and Dion Waiters. And I can’t wait to reunite with Anderson Varejao, one of my favorite teammates."

Three years later, the Cavs won only one title in three tries ( not bad really ). But the players around him have remained, well the supporting cast. Sure, we've seen LeBron sacrifice some of his numbers to make the dream work. But it's not just his numbers that have suffered. Some of the key players who were there when he arrived are gone. All gone because Dan Gilbert searched for the so called perfect compliment to Cleveland's savior.

James' reunion with Varejao was short lived. By December of Bron's homecoming, Varejao tore his Achilles heel and missed the rest of the season. By midseason of 2016, Varejao was traded to the Blazers. Dion Waiters? He was gone by January 2015 for J.R. Smith and Iman Shumpert. Tristan Thompson's minutes, FG attempts and points per game average during LeBron's return have been less than what they were when King James was in Miami. If anyone got elevated during this three year period, it's LeBron James.

Not only has the King gotten plenty of credit for the success in Cleveland, he has assaulted the NBA record books by rewriting many of its all-time records. That's not his fault because that's how good he is. But while James amassed stats and broken records, he didn't elevate the individual status of his teammates. Kyrie included.

When Irving signed the five year $90M extension in 2014, he must've thought getting the max meant the Cavs were going to make him their franchise player. Days later though, LeBron James announced that he would be returning to Cleveland to fulfill a promise. Despite Irving's status, he took a backseat to Akron's own and Cleveland's Prodigal son. Three years later, and just like in the parable, the good son is complaining.

With LeBron James on the same team, Irving had to be content with being Robin to LeBron's Batman. What makes Kyrie special is his ability to score and create his own shots. But with LeBron James on the same side and with one basketball to play with, he had to give up plenty of ball time and big shots. And yes, it was always LeBron who made the headlines, hero or goat.

Not Enough For Two

Things could have turned out differently had the Cavs won the title last June. But they didn't just lose, they lost with LeBron calling the shots. He was the PG, LeBron averaged more assists and had more time with the ball. That must've hurt Kyrie's ego. Maybe Kyrie felt the results would've been different if he were in charge.

But then again, even if they won, maybe this was destined to happen. The Lakers won three straight titles in the 2000s. But still, Kobe and Shaq parted ways. Sometimes one franchise is too small for two giant egos. Shaq left and Kobe stayed. Perhaps, that's what is happening in Cleveland. The kingdom isn't enough for two kings.

ESPN also reported that Irving was supposedly included in trade talks around the NBA draft. These were deals that involved Paul George and Jimmy Butler. That move probably reportedly insulted Irving and increased the tension, if there was any. We know the Cavs needed to sign somebody big to beat the Warriors. But did Irving have to be the trade bait?

Unlike James who left Cleveland to pursue his title dreams in Miami, Kyrie Irivng has been a good and loyal soldier. He was here when the team was losing. He accepted a less stellar role with the team when LeBron James returned. Now they reward him by including his name in some trade packages. That must’ve not felt fair.

Whether that was the last straw or not, only Irving knows for now. But with Cleveland missing out on George, Butler and Chris Paul, the players on the squad ( especially the stars ) must've felt demoralized. The Cavs were defending champions yet the Warriors easily disposed of them 4-1. That was because of Kevin Durant, whom the Warriors signed last offseason. Getting PG, Butler or CP3 would seem like the equalizer. But the Cavs failed to land any of them. That must've felt frustrating.

We can only continue to speculate. But the fact remains that Kyrie Irving wants out of Cleveland. We can't blame him in as much as we can't blame LeBron for coming back. Both players are so good that they both deserve to run a franchise. Unfortunately for Kyrie, it's never going to be in Cleveland where all of us are only witnesses. Witnesses to LeBron's greatness.