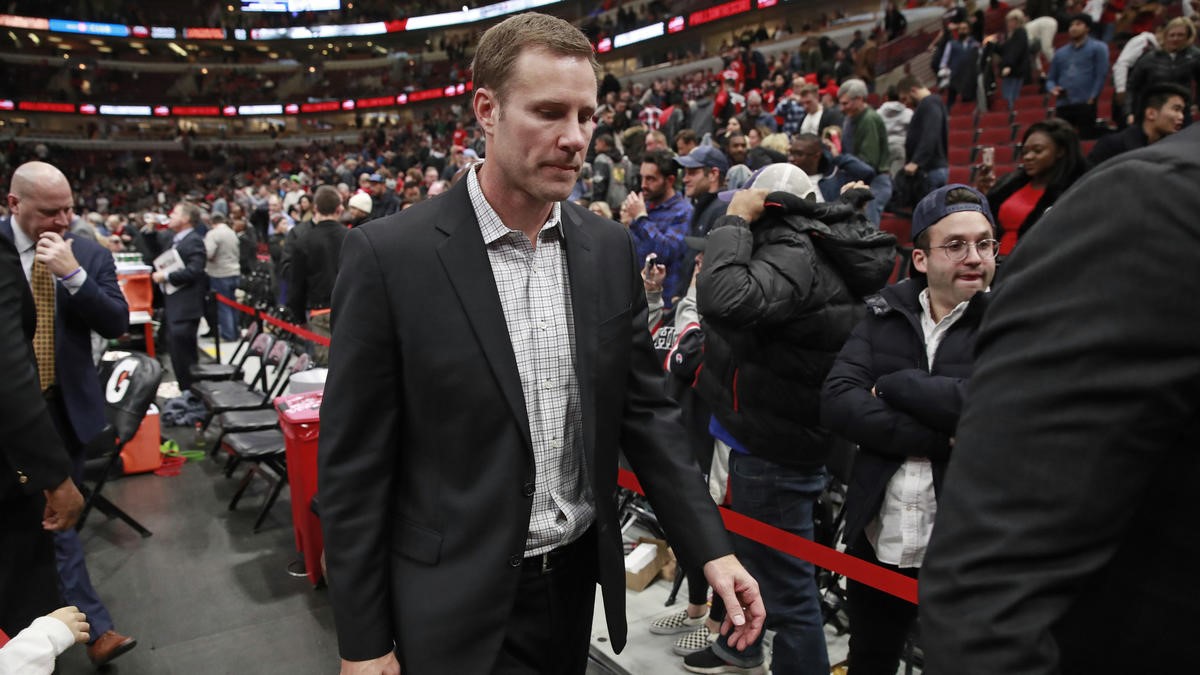 The Chicago Bulls gave the head coach Fred Hoiberg the pink slip on Monday with the hopes of boosting the “energy and spirit” of the team.

The Bulls have crashed out of the gates with their 4-19 record and had to deal with injuries to several key players since the offseason. Chicago is only averaging 103.4 points per game and has gotten outscored by 9.6 points per game by its opponents this season. Hoiberg’s firing though comes at an odd time when the Bulls were slowly getting back their injured players.

Lauri Markkanen had recently played his first game of the season. Bobby Portis and Kris Dunn are expected to return later this month. But before Hoiberg could play with a full roster, the franchise pulled the trigger and named assistant coach Jim Boylen as Hoiberg’s replacement. Boylen is the fifth coach hired by the current front office after Scott Skiles, Vinny Del Negro, Tom Thibodeau and Hoiberg. Boylen has spent over 20 seasons as assistant coach in Houston, Golden State, Milwaukee, Indiana and San Antonio.

Hoiberg finishes his three plus years with Chicago having a record of 115-1555 with one playoff appearance. Hoiberg still had one year left on his 5 year $5M deal and because his contract is full guaranteed, he will be paid in full by the Bulls. As for coaching, sources say that Hoiberg still wants to coach in the NBA. The question is where.

When the Bulls hired Hoiberg in 2015, he was supposed to be the one who could steer the Chicago Bulls to a deep playoff run with Derrick Rose, Jimmy Butler and Pau Gasol. At that time, Bulls management wanted to embrace ball movement, outside shooting and spreading the floor. Hoiberg was touted to be an offensive genius, hence he was tapped to replace Tom Thibodeau. Hoiberg finished his first season as Bulls Head coach with a 42-40 record and missed the playoff by a mere two games.

Since then, it has been a rough stretch for the Bulls and Hoiberg. Rose was traded to the New York Knicks and in Hoiberg’s second season, he experimented with Rajon Rondo and Dwyane Wade to bring veteran championship experience to a young and hungry squad. The Bulls finished the season at 41-41 and made the playoffs. They took a 2-0 lead over the then 2nd seeded Boston Celtics before Rondo got hurt and the team was subsequently eliminated after Boston won four games in a row.

Wade and Rondo left after one season. And the Bulls ended up trading Jimmy Butler after he and Hoiberg had clashed. The Bulls got Zach LaVine in exchange for Butler but LaVine spent last season on the mend after an ACL injury. The Bulls finished with a miserable 27-55 record and went to the lottery.

This year, it seemed like Hoiberg finally had the cast that he wanted. He had Lauri Markkanen, Bobby Portis, Kris Dunn and Denzel Valentine. However, all those names got hurt even before the Bulls got going. Chicago stumbled to a 4-15 record and the Bulls finally cut its ties with Hoiberg.

According to Bulls’ President John Paxson, Hoiberg’s firing wasn’t about the Bulls losing because if that was the case, they would’ve fired him when they were in the same boat one year ago. Paxson said that more than losing, it’s about the “energy” around the group. Said Paxson:

“(The decision) was made most difficult because all of us in this organization like Fred Hoiberg a lot,” Paxson said. “He’s a great person, handles himself with class, he was respected by everybody. We also acknowledge that Fred had to deal with a lot of difficult circumstances.”

“But this decision wasn’t based on our record. We were in a similar situation last year at this time. Poor record. But the entire energy about this group was different then. … You have to be able to get your identity across to your team.”

Paxson also dismissed the notion that the team fired Hoiberg even before his team played its first game this season with a complete line-up: Added Paxson:

"I disagree with that, that he didn't get an opportunity to develop them," Paxson said. "He did a good job with the individual players. But it's about more than individual development."

“You can have a team that plays hard every night no matter who you put out there,” Paxson said. “That’s energy and passion right there. You have to get your guys to buy in and be connected. Fred was here for three-plus years. Unless you’re in it every day and you’re in this building and you’re on airplanes and in locker rooms after games, there are many intangibles. For us to sit here and think that just because we’re getting (injured) guys back, I think that would’ve masked the problems that we’ve seen. Then we wouldn’t have made good decisions going forward.

“We gave Fred opportunities. And he did a lot of good things for us. But I’m tasked with, (general manager) Gar (Forman) is tasked with, looking at the underlying things in an organization. And if you don’t think competitive spirit is important for an organization or basketball team, then you’re wrong. And we were lacking that.” 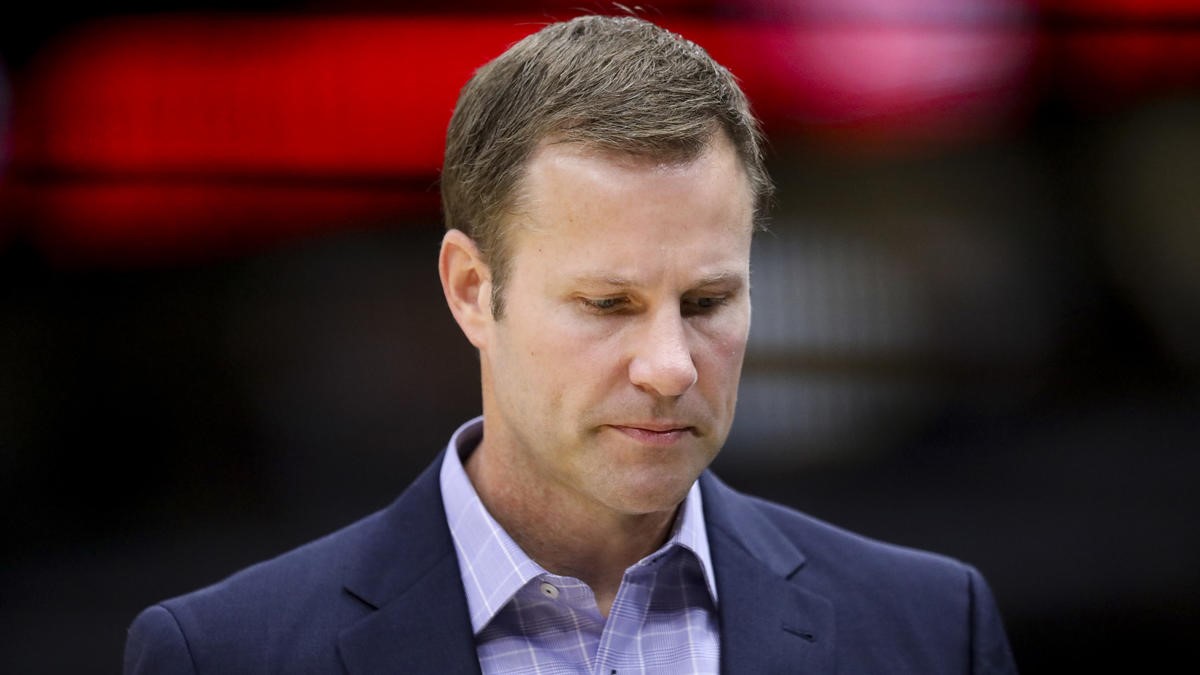 But it seemed that Hoiberg was destined to fail this season. Last summer, the Bulls signed Zach LaVine and Jabari Parker to huge free agent deals. While there is no questioning the offensive prowess of both players, neither are known to play good defense at all. Then of course there were the injuries to key players that arrived one after the other. Hoiberg was left with LaVine, Parker, Robin Lopez and a bunch of two-way contract guys. Of course they added Wendell Carter in the recent Draft lottery but in terms of succeeding this season, the Bulls certainly did not have the pieces. And that was not Hoiberg’s fault.

The Bulls’ downfall began when they traded Jimmy Butler.That trade happened one season after the Bulls traded D-Rose. Butler and Hoiberg got into a conflict after the star player called out Hoiberg and suggested that he coach the team harder. The relationship between the two were never the same from there and Butler ended up getting traded to the Minnesota Timberwolves. With Butler leaving Minnesota again this season after another internal conflict, we go back to Hoiberg and think that what happened between him and Butler was in no way Hoiberg’s fault.

Still, heads had to roll in this 4-19 start by the Bulls and the first one isn’t surprisingly Fred Hoiberg’s. But even if his team was off to a bad start this season and he knew that he was under the microscope, Hoiberg didn’t expect to be fired. In fact he came to Monday’s practice ready to lead the 11am drills only to be told that he had been fired. Now the Bulls move forward with Boylen but it remains to be seen if he can make a difference with the same lineup.