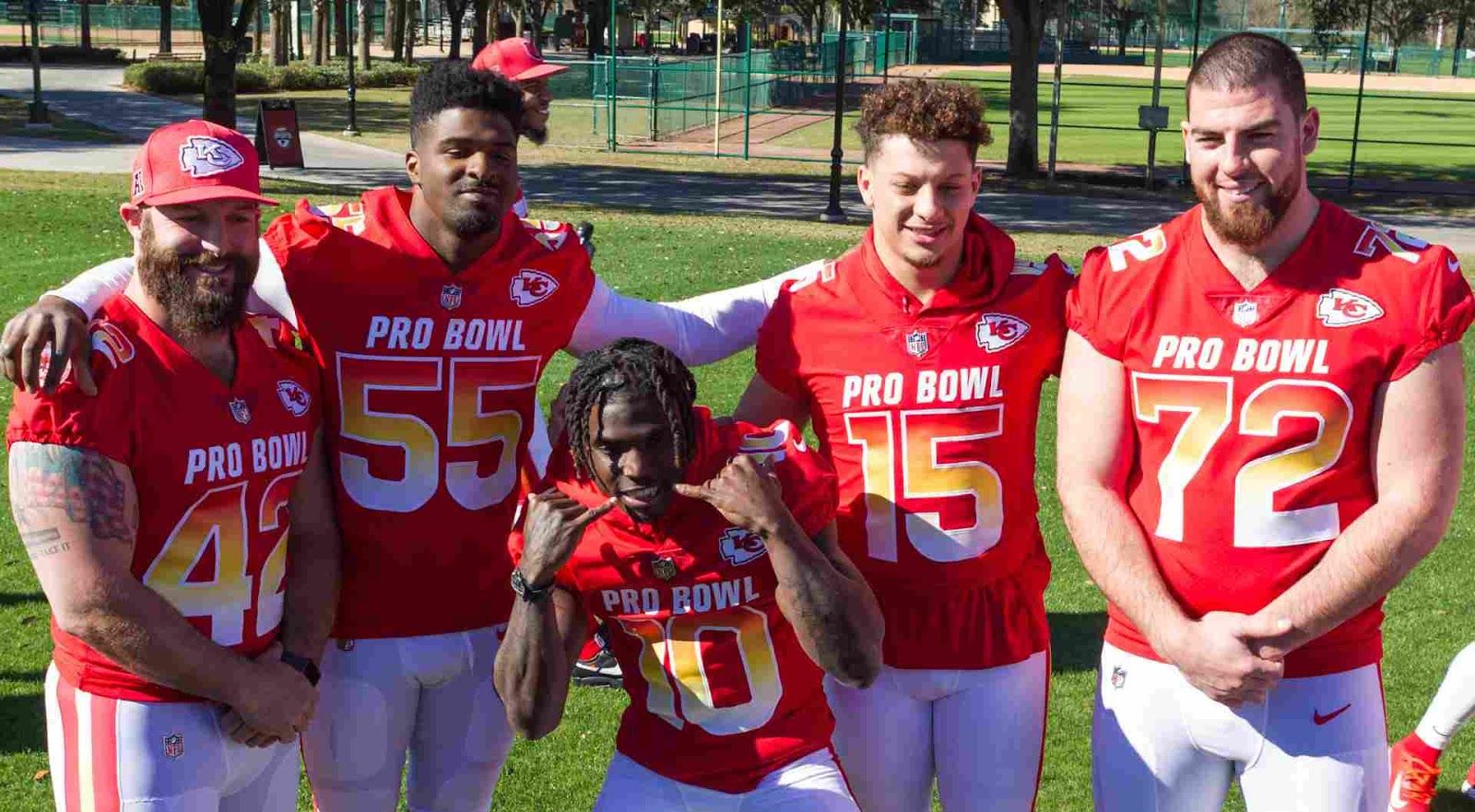 Why the KC Chiefs Are a Formidable Team

The Kansas City Chiefs are one of the strongest and most formidable teams in the league right now. Even though they weren’t able to go back-to-back in the Super Bowl, they are already favorites to make it to the big game again next year.

If you are someone who always wants to bet on the winning team, the Chiefs are a no-brainer. We take a look at why oddsmakers are naming them as favorites to win the Super Bowl LVI and why they are such a strong team.

These days, it’s impossible to talk about the Chiefs without mentioning the stellar Patrick Mahomes. The quarterback has been a massive reason for the Chiefs’ success, as well as playing a huge part in them winning their second Super Bowl in 50 years.

When the Chiefs played the Buccaneers in this past Super Bowl showdown, Mahomes was clearly off form, not throwing a single touchdown and causing two interceptions. However, this performance doesn’t paint a complete picture of his superb talent.

Mahomes has been praised for his ability to spot the right pass and play, as well as his ability to run the game and to not let the game run him, no matter what the scoreline is. The comparisons to Brady aren’t even unwarranted or premature.

He has the same eye for the game, as well as the temperament that has made Brady the legend he is today. Mahomes is only 25 years old and is already averaging 323.7 passing yards per game.

The Chiefs have almost perfected the art of misdirection when it comes to their offense. There are many plays that utilize jet motions and edge-around motions that seriously confuse defenses. Tyreek Hill and Mecole Hardman are responsible for this, and they aren’t even decoys, the plays often have these players getting the ball, adding another level of confusion for defenses.

Even if defenses are able to handle and deal with the misdirection, they still have to then deal with two of the best runners and catchers in the game, namely Tyreek Hill and Travis Kelce. Both players finished last season in the top-9 league leaders in red-zone targets.

2021 will see this offensive line get bigger and stronger, with players such as Orlando Brown Jr, Joe Thuney, Lucas Niang, and Creed Humphrey all being stronger and bigger players than those who took up their positions last season.

Notably, the one weak spot of the Chiefs game has been their defense. While it obviously didn’t hinder them on their way to a Super Bowl victory in 2019, it did last season. However, they do have two players that can turn their defense around.

Willie Gay Jr. and Nick Bolton are both players that have added strength, speed, and athleticism to the Cheifs defense, aspects they desperately needed, and Willie Gay Jr. is looking like the player who will make the biggest difference.

Gay has tremendous range, and being the size that he is and his ability to run a 4.46 40-yard dash is proof that the Chiefs’ defense is looking fierce. He might be injured now but does have more than enough time to recover and be ready for the first game of the upcoming season.

Of course, credit has to go to the coaching staff too. Andy Reid has done a phenomenal job in turning a team that was barely competing for Super Bowls into champions. It’s downright magic what he has done to improve their performance.

The offensive and defensive coaching staff have also shown their ability to know who to play where, and when, and have given their respective teams the tools they need to deal with almost anything an opponent could throw at them.

The staff is also very capable of being able to spot and fix problems before they cause too much damage. Last season, the Chiefs weren’t invincible, yet the coaching staff was still able to fix whatever the problem was, and they were able to get all the way to the Super Bowl.

With the additions that they have made to an already strong team, filling up weak points, and upgrading in many positions, the Chiefs are already poised to take this upcoming season by storm.

They have been fairly successful at keeping players injury-free and off the sideline, and if they keep that going, they will be fielding a team that will be extremely hard to beat week after week.

As mentioned already, they have been very smart when it comes to the players that they have drafted. They meticulously brought in players that are upgrades of those that came before them, making positions that were already strong, even stronger.

This coming season will be a true test of the Chiefs’ metal. Will they be able to bounce back from a very disappointing Super Bowl, and show that they are a team that can achieve far more than two Super Bowls in half a century? Only time will tell.

Patrick Mahomes and his Chiefs are only going to get better, and hopefully this coming season we will be able to see what they can really do on a football field.