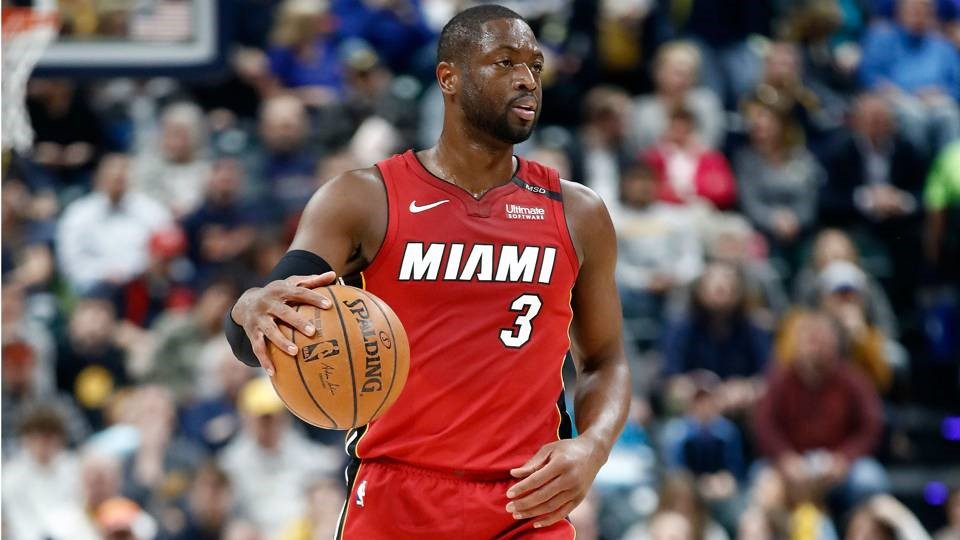 Will Dwyane Wade End His Career In China?

Dwyane Wade recently launched his latest signature basketball shoe. But there is a possibility that he won’t be wearing the latest pair on an NBA hardcourt.

According to reports, the Miami Heat superstar guard has received a “monster” contract offer from a team in the Chinese Basketball Association. Per the Sun Sentinel, the Zhejiang Golden Bulls of the CBA has offered Wade a $25M contract good for three years.

That would make Wade the highest paid player in the CBA. Currently, that title belongs to center Andray Blatche, who plays for Xinjiang Flying Tigers. Blatche, a naturalized player for the Philippines’ Smart Gilas basketball program an a former Brooklyn Net, signed a three year deal worth $7.5M in 2015. That deal was considered the biggest in Chinese basketball history. Should Wade put pen to paper on the Golden Bulls deal, he will dwarf not only Blatche’s deal but also top the $6M salary after tax received by Josh Childress in 2008 from Olympiakos in Greece.

Former NBA superstar Stephon Marbury took his act from the NBA to the CBA in 2010 and became a basketball icon in China. Marbury now has a mini museum and statue in Beijing dedicated to him. Marbury has also been featured in a Chinese postage stamp and will reportedly have a movie about his life produced.

Is Wade Done in Miami? 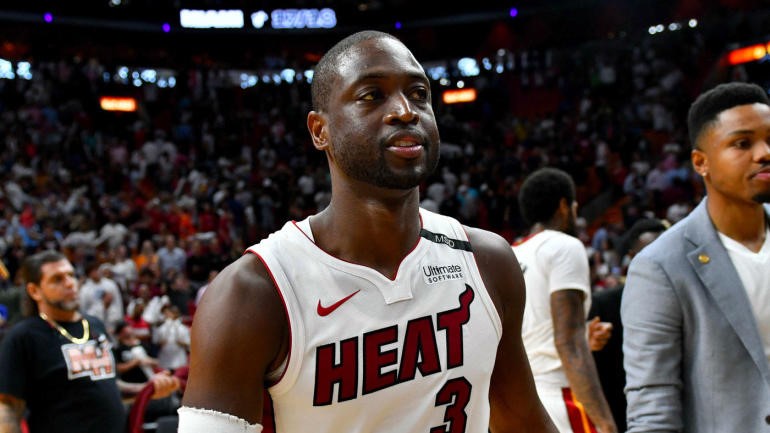 The 2018 free agency is entering its fourth week and surprisingly, there have been no known offers to Dwyane Wade. More surprisingly, the Miami Heat have not yet tendered any offer to the player who gave the franchise its first three NBA titles.

Miami still has three open roster slots, meaning there is still room for Wade and Haslem to be accomodated. But because the Heat are over the NBA salary cap, they can only offer Wade either the veteran’s minimum salary of $2.3M ( for players with a 15-year tenure ) or the taxpayer mid-level exception worth $5.3M.

Wade made a sentimental return to the Heat via trade with the Cleveland Cavaliers last February and he said at the end of the season he was torn between retirement and doing an encore with the Heat. Aside from wanting to end his NBA career where it started and where he made a name for himself, Wade also cited his desire to remain in South Florida in order to spend more time with his 16 year old son Zaire, who has a burgeoning high school basketball career.

But the decision to play for the Miami Heat isn’t Wade’s call now. During his prime, Wade was in control of his NBA destiny. However, Wade may no longer even be Father Prime now. Although not yet considered as washed up, the Wade of old is long gone. What we saw last season was the old Wade, who showed flashes of brilliance and signs of aging With the Heat looking to contend more than anything else, Dwyane Wade is not be their priority and he may not even be on their radar.

Taking His Talents To China?

Last week, Dwyane Wade signed a ‘lifetime contract’ with Chinese shoe giant LiNing. Wade has been LiNing’s top basketball endorser since 2012 and he has his own line of “Way of the Wade” shoes produced by the Chinese brand. But aside from Wade endorsing footwear and apparel, the new “lifetime” deal requires Wade to to take on a bigger role in youth basketball camps and clinics in China and other parts of the world in the years to come.

Wade was on hand in Beijing last Wednesday, together with the brand’s founder and former Chinese gymnast Li Ning, for the launching event of his “Way of Wade 7” shoes. Wade and Li Ning finalized the lifetime deal during the same event. The Miami Heat superstar then talked about his new shoe deal with the Associated Press via telephone interview:

"This was something I needed to do from the standpoint of building something. That's what I set out to do. This word we all talk about, legacy, I tried to set out to build a legacy for myself and my family. And after six years of that, it's cool to be here today…."Both sides see the benefits of it. We see the opportunity to do something special."

Since becoming the face of Li Ning, Wade has been a frequent visitor in China. He holds annual basketball camps and clinics there and is one of the most popular NBA players in that part of the globe. With a bigger role ahead, maybe D-Wade will choose the world over the NBA. However, he refused to speculate on anything. When asked about his plans for the future, Wade remained non-committal:

"When I get back from China, I'll focus on that," Wade said. "Right now, I'm focused on the game after basketball. Whatever happens in basketball, it happens. I've done everything that I can to this point to put myself that I'm in this position I am today, where I can do something that hasn't been done globally yet. The basketball will take care of itself. I'll sit down and figure that out once I get back from this tour at some point."

The Chinese Basketball Association plays a shorter 38 game season which runs from October to March. The playoffs start and end in April. The fewer number of games and the shorter season is physically favorable for a 36 year old aging NBA star. Likewise, Wade’s Heat teammate and good friend Udonis Haslem has also expressed his willingness to play overseas. With less wear and tear, a better pay and possibly playing with a good buddy, there is a real chance that Dwyane Wade could play in China. Maybe Dwyane Wade isn’t on the Heat’s radar. And maybe playing in the NBA isn’t Wade’s priority either. With his legacy in the NBA secure and set in stone, maybe it’s time to enhance it by taking his talents to Asia.