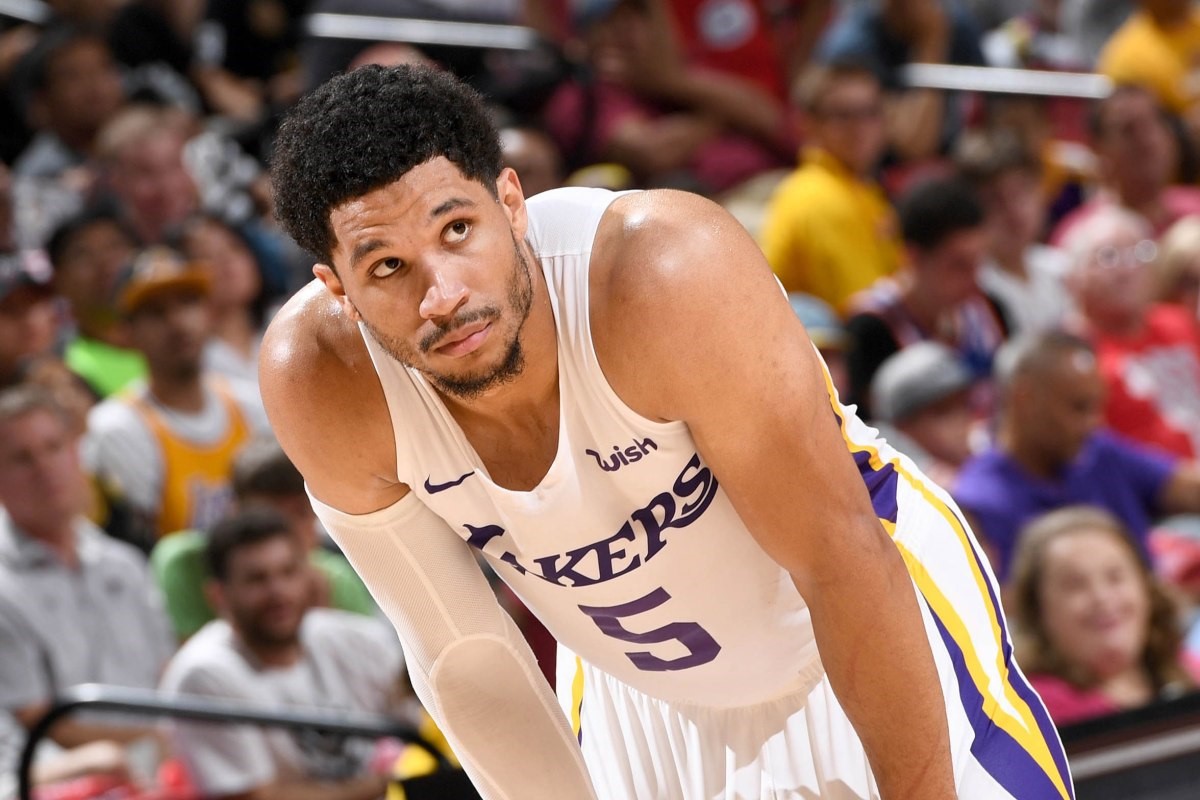 Will Josh Hart Be The Lakers’ Breakout Player Next Season? 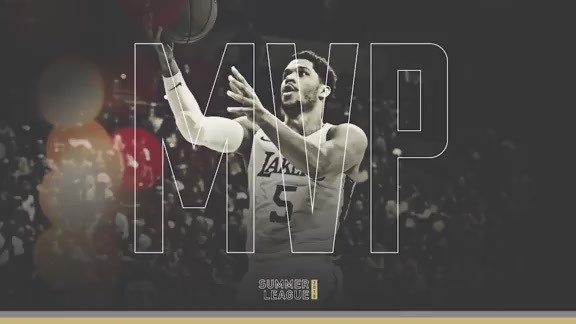 Hart entered Tuesday’s final game averaging a Summer League leading 24.2 points per game. He also added 5.2 rebounds and 1.5 steals per game while shooting the ball at a 47.1% clip in six unbeaten game. Hart was also coming off a scintillating 37 point, 9 rebounds double OT performance against the Cleveland.

However, Hart only scored 12 points in the championship game, going 3-12 from the floor including 0-6 from behind the three point region. He was also ejected with 5:45 left to play in the game after receiving a double technical foul after arguing a call with an official. Still, that subpar performance and Lakers loss couldn’t take away the fact that Hart dominated the Summer League.

Magic Johnson and Rob Pelinka have always been high about Hart’s ability to play defense and rebound the ball. But in the 2018 NBA Summer League, he has looked completely different and has shown the fruits of the labor that he’s put in during the offseason under assistant coach Miles Simon.

Flew Under The Radar

The Lakers selected Hart with the final pick of the first round of the 2017 NBA Draft. Los Angeles actually drafted two spots higher at #28 but traded the pick to the Utah Jazz in exchange for the 30th and 42nd pick. The Jazz drafted North Carolina center Tony Bradley with the 28th pick while the Lakers went on to pick Hart at #30.

Hart was the Lakers’ third first round pick in the 2017 NBA Draft. The Lakers also drafted Lonzo Ball with their second overall pick and picked up Kyle Kuzma with the 27th pick. The Lakers acquired the right to pick Kuzma in the D’Angelo Russell and Timofey Mozgov trade with the Brooklyn Nets.

Much of the fuss last season revolved around the much hyped and high profile Lonzo Ball and his noisy father. Kyle Kuzma meanwhile, exceeded expectations and was considered by many experts as the steal of the 2017 NBA Draft. On the other hand, Hart flew under the radar with a solid rookie season.

The former Villanova standout played in 63 regular season games for Los Angeles last season. He logged in 23.2 minutes per game and averaged 7.9 points, 4.2 rebounds and 1.3 assists per game. Hart shot .469 from the floor and .702 from the free throw line.

But what was perhaps most impressive with Josh Hart’s rookie season was that he made 1.2 three pointers at a very high .396 conversion rate. The Lakers have been questioned for not surrounding LeBron James with shooters. But Los Angeles has guys like Hart, Kentavious Caldwell Pope and Lance Stephenson who can not only knock down the three point shot with accuracy but who can also play excellent defense on the other side of the court.

Hart started a total of 23 games for the Lakers last season. As a starter, he played 31.9 minutes per game and averaged a solid 13.3 points, 6.0 rebounds, 2.0 assists and 1 steal per game. He finished the season strong by scoring 17.0 points per game during the month of April 2018.

Confidence has been the main thing for Josh Hart in the 2018 NBA Las Vegas Summer League. Hart entered the tournament wanting to “dominate” the offseason tournament. Well Hart did just that in leading the Lakers to a perfect 6-0 record heading to the championship game.

Hart’s impressive Summer League outing hasn’t only earned him MVP honors, it also most probably locked his spot in the Lakers regular season rotation. The Lakers have added Rajon Rondo this summer and have returned Kentavious Caldwell Pope too. But Hart’s performance in the 2018 NBA Summer League will not only earn him more minutes, it will also make Magic Johnson think twice about putting him in the starting line-up.

Caldwell-Pope is known for his work on the defensive end of the floor and outside shooting. Pope was the Lakers’ second most prolific three point shooter with 2.1 three point makes per game and was their primary defensive stopper. But if you take a look at their Per 36 minutes statistics, Pope isn’t that much a better scorer than Hart. In fact, Hart’s offensive rating of 116 points per 100 possessions was better than KCP’s 111 points per 100 possessions.

On the defensive end, Hart’s Defensive Rebound Rate of 16% was better than Caldwell-Pope’s 14.1% while his total rebound rate of 9.6% was also better than KCP’s 8.4%. Josh Hart’s defensive win shares per 48 minutes was also slightly higher at .111 against .103. We’re not concluding that Josh Hart is better than KCP but we’re saying that he’s been playing just as good.

Magic Johnson recently announced that the four starting spots alongside LeBron James don’t have owners yet, meaning every position except LBJ’s is still up for grabs. Hart’s Summer League performance will surely put him in a position to get one of those spots. And even if he doesn’t get a starting spot, Hart may be the Lakers’ breakout player next season, the way Kyle Kuzma was last year.