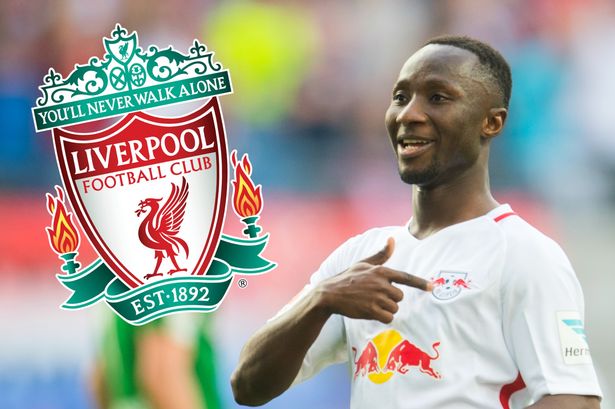 Will Naby Keita Thrive in Liverpool?

The Premier League is finally over with Manchester City on top. For some, the competition is already through. But for others, a new contest has begun. This time, for next season’s Premier League.

The remaining clubs in the top five of the English top flight surely won’t allow the City to win next year’s title again.

So what to expect? Well, vengeance.

That’s just what Liverpool is doing now. They’re planning out their attack for next season.

Jurgen Klopp had been reported to be actively seeking a new addition to their team to bolster their backbone further. The player they're eyeing is Guinean midfielder, Naby Keita. According to reports, the 23-year-old player will finalize his transfer to Liverpool on July 1.

This isn’t a surprise though as the Reds have already secured his signature last August 2017.

Keita might still be young, but he’s proven a lot throughout his five-year career. Take for example his final game with Leipzig where they played against Hertha. Die Roten Bullen thrashed Hertha Berlin 6-2 with Keita leading the offense.

Based on the terms of the deal that the two parties signed last summer, Keita’s final transfer fee would depend on how he finished the season. This case, he finished it with style, which means that he’s worthy to demand a high bargain.

Reports even said that the fee could have risen by a £11 million after his final game in the Bundesliga club.

According to reports, the Guinean’s fee would have risen up to a whopping £59 million if only Leipzig finished at third. On the other hand, the fee would have fallen to £48 million if they fell to the seventh spot.

But now that Leipzig finished at the sixth spot, then Keita will get a £53 million transfer fee deal. Putting the numbers aside, Keita’s last game in the Red Bull was a very emotional one as the midfielder took more than ten minutes to bid farewell to his fans who followed him through his journey in the German club.

The Guinean even moved to tears while walking out of the pitch for the last time as a player for Leipzig. To show gratitude to his contributions to the club, RB Leipzig’s Twitter account posted a heartfelt message showing their gratitude to his two-year stay at the German capital.

The message showed immense gratitude not only to Naby Keita but to Dominik Kaiser as well. It then added that the two players' farewell had been emotional, but there’s no problem with it as they left on a high note. The statement then ended with a good luck encouragement to the two players.

It’s safe to expect that Keita will have a high salary bargain because he had improved a lot over the course of just one season. He’s made ten goals in the 40 game appearance he had this year, which enabled him to have an overall rating of 7.37% — not bad for a 23-year-old.

In an interview, Keita said that he strives to be the best version of himself, implying that he deserves a salary upgrade. Unfortunately, he was sent off the pitch three times. The first was in the DFB Pokal, and the second and third times were in the Bundesliga which led to him missing their Wolfsburg victory last May 5.

Keita joined Leipzig in 2016 for a decent transfer fee of €23 million. He said that thanks to his entry to Leipzig, he was able to discover his ultimate talent, and in the process, improved his skills. Ralph Hasenhuttl, coach of Leipzig, said in a news conference last Thursday that Keita wants to leave the team in a positive note.

He added that the Guinean even looked at his suspension as a challenge for him to turn his weaknesses into strengths. In other words, his suspension served as a lesson and motivation for him to be a better player.

Sporting Director of Leipzig Ralf Rangnick also praised the Guinean as he said that he contributed a lot to the betterment of the team. He then wished Keita luck with his new endeavor in Liverpool.

Naby Keita's departure from Leipzig has major implications not only for the club but to himself as well. Die Roten Bullen was the club where he matured and learned everything to know on how to become one of the greats.

It was where he grew and become the talented youngster he is now. The transfer also means that he needs to adapt to the more conservative, but faster-paced gameplay of the Premier League. Nonetheless, this would be a new milestone to his very hopeful career overseas.

What's great about Keita is that he's very strong when it comes to through balls and long shots. It's just what Jurgen Klopp needs as the Reds' midfielders don't specialize in this type of plays. Mo Salah's focused on aggressive plays that involve constant striking, while Emre Can and James Milner both man the squad's core, which somehow limits their reach.

Keita is the perfect guy for the Reds because he's got what Liverpool lacks. Unfortunately, he still has a lot to learn when it comes to professionalism and etiquette. Discipline is the trait he lacks, and that's the reason why it took him quite a long time before he landed an awesome deal from Klopp’s corner.

He also falls short of aerial duels, but there’s no need to worry about that as Sadio Mane and Roberto Firmino got his back on that one.

Keita’s departure from the Red Bull arena means that Leipzig has a chance to revamp its lineup and strengthen it based on what they have.

Though Keita contributed a lot to Leipzig’s welfare, it's pretty clear that he's not a perfect match for the team. His departure, however, would give Ralf Rangnick the opportunity to get the players that he needs.

Leipzig is locked in a very tight position in this year’s Bundesliga as they finished the season in the sixth spot. Bayer and Dortmund even made it past Leipzig even if the trio of Timo Werner, Dominik Kaiser, and Marcel Sabitzer performed better than the big stars of the aforementioned clubs.

Nonetheless, Leipzig's season-ender still did Keita some good as it added £5 million to his asking transfer fee.

For now, the best we can do is to hope that Keita’s performance in Liverpool will be beyond expectation. No doubt it will, but then again, it will depend on the chemistry between him and the rest of the Reds men.

What he needs to first focus on is his defensive contribution. Though he’s got the skills to defend his goal post from a barrage of attacks, his consistency on that area still wanes from time to time. He easily gets distracted when their lines are overwhelmed by opponent’s midfielders.

Though these are normal knowing that he’s still 23-years-old, he still needs to remove these traits of his for him to make it to the top ranks of Liverpool and the Premier League in general.

Rundown on the Liverpool situation

So what can Naby Keita expect in Liverpool? Well, the answer to that is simple. Pure offense.

Though the Reds side is known for its elite defense, the part which they excel on is really with their attacks. This is because of the presence of aggressive forwards like Mohamed Salah and Sadio Mane.

Salah alone can control their attacking frontlines and breach through seemingly impenetrable defensive lines. He’s great at through balls, finishes, and dribbling. These are skills which will surely complement Keita’s short passes and ball interceptions.

Though there might be a small sense of rivalry between the two, that’s completely normal as this will soon fade and turn into a kind of improvement challenge for them.

Meanwhile, Mane is skilled when it comes to close-quarter dribbling and inside cuts, which then again, will greatly benefit Keita’s already superior offense. It’ll just make Jurgen Klopp’s squad even more in-tune with fast pace plays — just what they need to overcome Tottenham and Manchester United’s strong, but inconsistent attacks.

Midfielders Emre Can, and Alex Oxlade-Chamberlain can also cover Keita’s weaknesses, namely his discipline and aerial duels. The duo is also going to cover the Reds’ core and serve as a second line of defense incase Keita is still adjusting to the midfield center position.

There’s also Virgil van Dijk who’s best known for his aerial duels and accurate long passes. Putting him side-by-side Keita in clutch moments would surely end in their favor. Take note that Dejan Lovren and Loris Karius also have a strong connection with each other, and that is expected to result in a number of ball interceptions.

With this, it’s clear to say that Klopp’s squad is a perfect fit for the incoming Naby Keita. But what about their situation in the Premier League? Well, then again, that’s a matter of if the Guinean will have an easy time adjusting to the more conservative game style in England.

The Reds finished the season at the fourth spot, which is far from their mission of dominating the league. Manchester City aced the entire season even though they didn’t have star players that are in the same level as Man United’s Paul Pogba and Alexis Sanchez. But still, they won the title.

The reason to that is due to teamwork.

The game of football shouldn’t be a one-man show. Instead, it must be the epitome of the connection of each player.

Look at Tottenham who got star players Harry Kane and Mousa Dembele. Didn’t they just finish the season in third place? That alone proves that it’s not the talent that really counts, but the teamwork.

The same holds true for Liverpool. They got high-caliber players in the likes of Mo Salah, Sadio Mane, and Emre Can. They also have elite defenders in the likes of Virgil van Dijk, Dejan Lovren, and Trent Alexander-Arnold. Even their goalkeeping department is at full blast with Loris Karius.

There’s no reason why they’ll fall short next time around, especially when the young, but full of potential Naby Keita enters Liverpool next season.