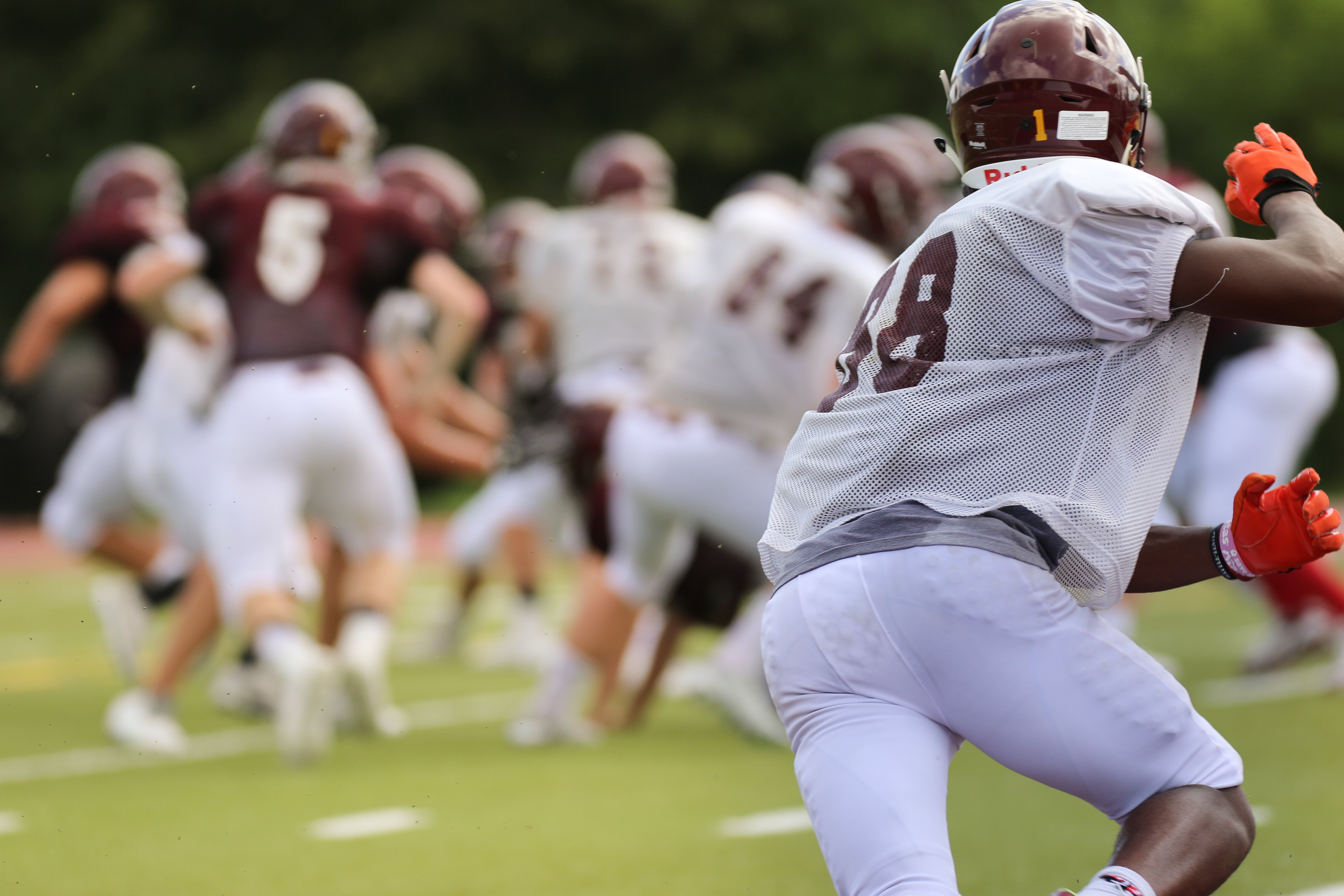 A lot of us like watching professional sports, but we don’t necessarily appreciate the athletes involved. A lot of people think of athletes as spoiled, gifted children who get to play kid games for a living. This attitude undermines the rigorous work, sacrifices, and risks that athletes submit to.

Playing in the NFL, without question, is an extremely hazardous occupation: players are constantly getting maimed and concussed for our amusement. Sure, they get compensated well for their valiance, but sometimes fans forget the gravity that football can have.

Here are some of the worst injuries ever sustained in NFL history. Not to discount the droves of players who have been driven mad via prolonged head collisions, but this list accounts for visceral, urgent injuries that have gone down on the gridiron:

Embed from Getty Images
Darryl Stingley was a reliable wideout for the Patriots in the early-to-mid 70‘s. Unfortunately, Stringley is more well-known for being marred on the field than he is for any of his merits as a player.

Stingley was blindsided by a helmet-to-helmet tackle from Jack Tatum during a 1978 pre-season game; a collision that rendered Stingley a motionless heap on the field. That fateful hit ended Stingley’s career and paralyzed him, leaving him unable to walk for the rest of his life. He was 26 years old. Stingley died in 2007.

In light of harrowing events like Stingley’s undoing, the NFL has since prohibited blows to the head or neck of defenseless players. At the time, such a hit didn’t even incur a penalty--and it happened during a pre-season game no less!

It’s nice to know that, despite NFL safety standards remaining dubious, player safety is more important now than in eras past.

Embed from Getty Images
McCallum was a promising, intelligent running back. He set a slew of records playing football at the U.S. Naval Academy, where he was featured as a tailback, punt returner and kick returner. Alas, McCallum’s pro career was less auspicious.

In 1994, in the eyes of millions of Monday Night Football viewers, McCallum’s playing career was cut short in a bizarre string of events. McCallum was tackled and spun to the ground by 49ers LB Ken Norton Jr. It could have been a routine tackle, but McCallum’s left cleat was entrenched in the field, which prompted a violent dislocation of his knee upon getting entangled with Norton.

Today, McCallum golfs avidly and lives with his family in Nevada. He’s the director of community development for the Las Vegas Sands Corp. Thankfully his Monday night tragedy didn’t cast a prohibitive shadow on the rest of his life.

Embed from Getty Images
It wasn’t the most costly of injuries, but Rashad Johnson’s boo-boo in 2013 was grisly, mysterious, and very weird.

After a routine punt return play, Johnson, who’s a defensive back for Arizona, sauntered to the sideline. Then he took of his glove and things got gruesome: The top of Johnson’s middle finger was severed during the play. As in, it was gone. How?! Why?!

Johnson, being the tough S.O.B. he is, missed only two games. He elected to have his finger shaven down instead of trying to have it stitched back with some sort of necromantic magic.

We’re not going to show it here, but if you have the stomach for frightful gore, Johnson tweeted an image of his disconnected finger--the image is floating out there somewhere.

Embed from Getty Images
One year removed from leading the Bears in receiving yards and two years from making a Pro Bowl appearance, 25-year-old Johnny Knox’s career was sundered by a head-on hit.

It was the last game of the regular season in 2011 when Knox, scrambling to recover a fumble, was creamed by Anthony Hargrove of Seattle. Knox’s glittering future, in an instant, became a gloomy impossibility.

Knox’s spine was mangled; he was left with fractured vertebra which made it impossible for him to play football again. He required immediate surgery to mend the ruin, but Knox still wears his injury today--he walks with a limp and can’t even stand upright without discomfort.

His fiery passion for football was not doused by the incident, however: Knox was hired in 2015 as a coaching assistant for the Tampa Bay Buccaneers. Still, I’m sure Knox (and all of us) would have preferred to see him darting past defenders and juking safeties between the sidelines.

Embed from Getty Images
You’ve probably seen an image or footage of Theismann’s career-ending injury somewhere; his bone revoltingly poking out of his leg, the veteran QB writhing in agony. It’s the most iconic injury in the history of American sports, and a creeping reminder that grave injury is not far-flung for anyone playing contact sports.

If there’s any consolation, at least Theismann was approaching the twilight of his career. He was 36 when Taylor crushed him. He had already won an NFL MVP award and appeared in two Pro Bowls. Still, the chilling image of Theismann squirming in anguish will remain burned in the memories of sports fans for generations to come.