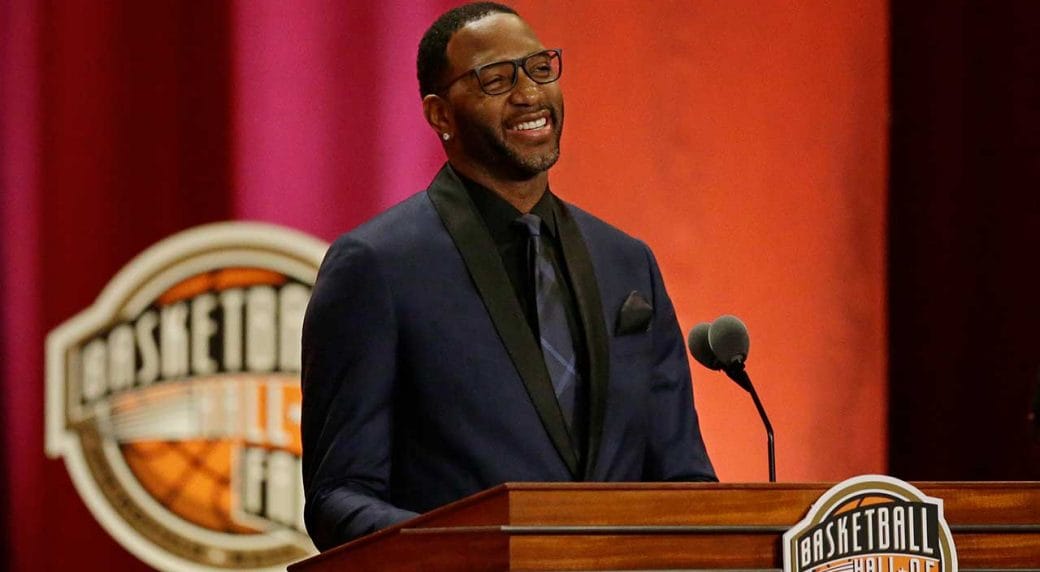 Once disinclined to admit that he belonged among the greats, Tracy McGrady finally acknowledged with confidence that he deserves to be in the Naismith Basketball Hall of Fame.

McGrady led the 11 person class of 2017 on Friday and delivered a powerful speech that talked about vindication and appreciation. Towards the end of his talk, McGrady finally said ‘Yes, I deserve to be here’ with conviction after having his reservations in the past.

Looking at The Mirror 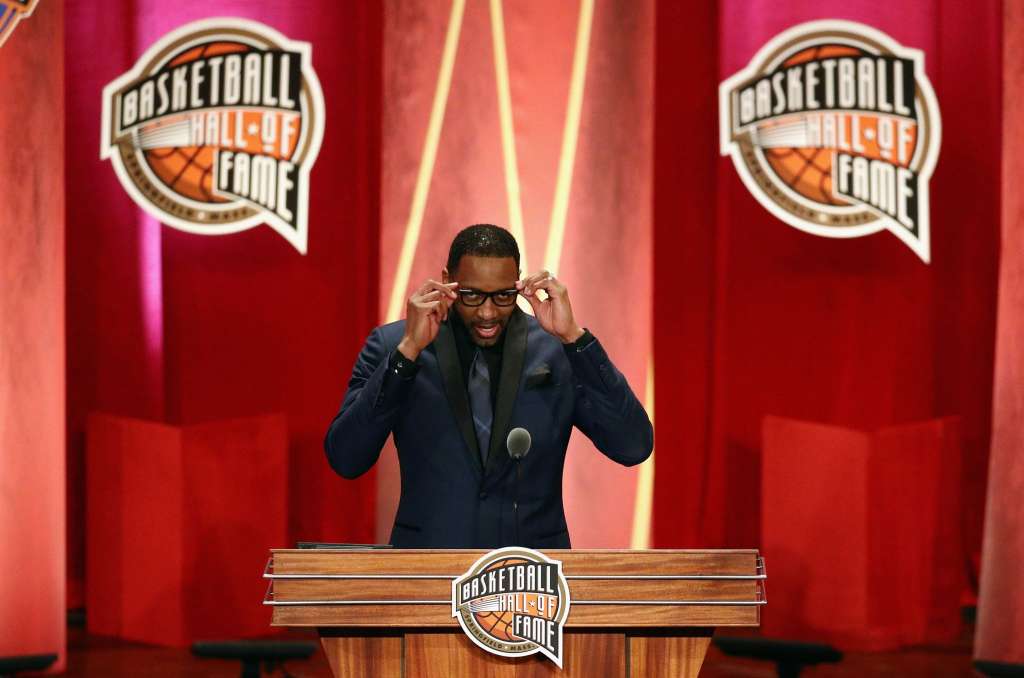 When the finalists for this year’s Hall of Fame class were revealed last February, McGrady recalled an incident he and wife CleRanda were in an elevator. McGrady was elated to be one of the nominees but he had doubts on whether he actually would make it.

“My wife knew something about me in that elevator that I had yet to admit and say out loud. There was a reason she wanted me to look myself in that mirror and say I deserve to be in the Hall of Fame. And there was also a reason why I couldn't do it.”
"I had a zillion thoughts in my mind why I didn't deserve to be here. I started thinking of all these NBA greats who had accomplished so many great things. Then I began to compare myself to them. It was way too easy to focus on what you don't have and what you didn't accomplish. But I'm grateful for those people that saw in me and believed in me, maybe when I always didn't believe in myself." 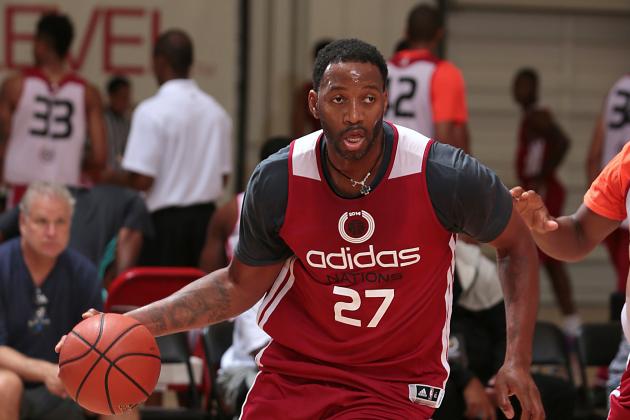 Back in high school, nobody believed much in Tracy McGrady. In fact, no one hardly knew him. Even after he was a lottery pick in the NBA, his first coach told him he wouldn’t last more than three years in the league. When McGrady couldn’t take his Houston Rockets past the first round of the Playoffs, his critics doubted his leadership.

But McGrady was a ray of light when the NBA lacked star appeal. His rise to superstardom wasn’t just a great story by itself, it came at a time when the NBA needed a boost. When the league needed him the most.

2004 was a tough year for the NBA. For the third and final time, the great Michael Jordan retired before the year began. The Shaq-Kobe Hollywood tandem broke up with the Diesel going to South Beach. NBA teams averaged 93.4 points per game, the second lowest since 1956. The average league FG% of 43.9% was the second worst since 1965. And then it happened.

It was December 9, 2014. And as we said, scoring was at one of its worst in the NBA. The Houston Rockets only had 68 points with 35 seconds left in the game. Their opponent, the San Antonio Spurs, did slightly better with 78 points. Majority of the 16,170 fans at the Toyota Center had already left the arena. Some were headed for the exit. They would regret leaving too soon.

The player known as T-Mac finished the game in a blaze of glory, scoring an incredible 13 points in 33.3 seconds. The Houston Rockets, down by 10 points with 35 seconds left in the ballgame, ended up winning by a score of 81-80. The Spurs were shocked. The world got thrilled. We loved the NBA once again.

One season before that game happened, the rise of Tracy McGrady into an NBA superstar had been completed in Orlando. During the 2002-03 NBA season, McGrady led the NBA in scoring with an average of 32.1 points per game. He was named to the All-NBA First team for the second straight season.

The following year ( 2003-04 ) McGrady was traded to the Houston Rockets. McGrady led the league in scoring again but he was never able to replicate his 32.1 scoring average in Houston nor did the Rockets get past round one of the playoffs during his stint there. But he played with Yao Ming, who had at least a continent following him. McGrady became a bigger star in Houston. He became a legend after that December 2004 game against the Spurs.

But there was more to Tracy McGrady though than just those 13 points in 33.3 seconds. From 2001-2007, he was an NBA All-Star. In those seven seasons, he was part of the All-NBA Team- first team twice, second team thrice and third team two times. After being named as the NBA’s Most Improved Player in 2001, McGrady led the league in scoring in 2003 and 2004. But injuries took away his athletic prime.

From 2005 onwards, McGrady suffered various injuries including back spasms, shoulder and knee injuries. There were times when he had to be carried out on a stretcher because of back spasms or receiving pain killing injections and having fluids drained from his shoulder and knee to be able to play. He underwent several surgeries until he was shut down by the Rockets and traded to the Knicks in 2010.

While McGrady’s career was defined by injuries and playoff failure, he will go down in history as one of the NBA’s premier scorers during his peak. McGrady’s ease to score has often been compared to George Gervin. He was smooth on offense and had the natural ability to put the ball into the basket.

McGrady was a threat to score anywhere from the court. He would explode and rise up over his defender for a thunderous dunk or he would pull up for deep three pointers against surprised defenders. Even his superstar contemporaries Kobe Bryant and Paul Pierce call him the toughest player to defend. McGrady had four 50-point games, the same number as legends like George Mikan, Moses Malone, Larry Bird and Karl Malone had. His career high was 62, and he was the 17th player in NBA history to score at least 60 in a single game. 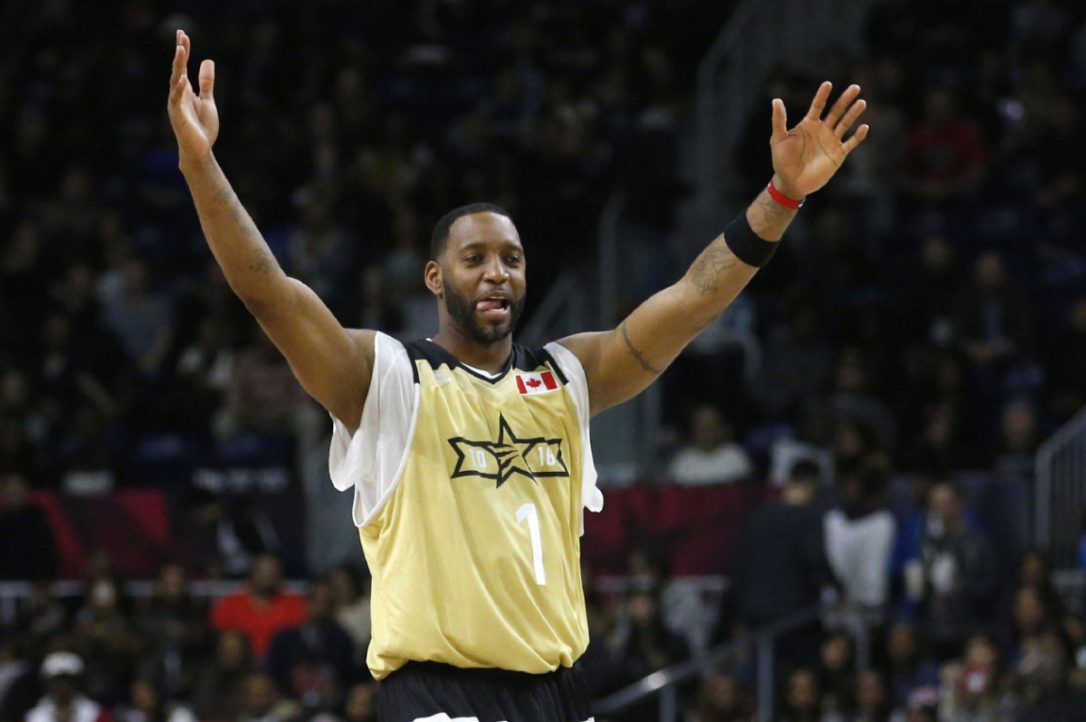 McGrady’s story is more than just the improbable comebacks, rim rattling dunks and scoring sprees. His was a story from an unknown high schooler who wore jersey #175 during an Adidas Basketball camp in 1996. The jersey number reflected his rank, but as he said during his HOF acceptance speech, he left the camp as the #1 player in the nation.

After contemplating on going to Kentucky for College, McGrady made the jump to the NBA after he was projected to be a lottery pick. He was drafted 9th overall by the Toronto Raptors. But even then, he had to struggle to prove himself. His rookie season was a horror but he persevered and proved himself once again by becoming the league’s most improved player in 2001. Now he’s part of the Naismith Basketball Hall of Fame. And yes, he ‘deserves’ to be here.