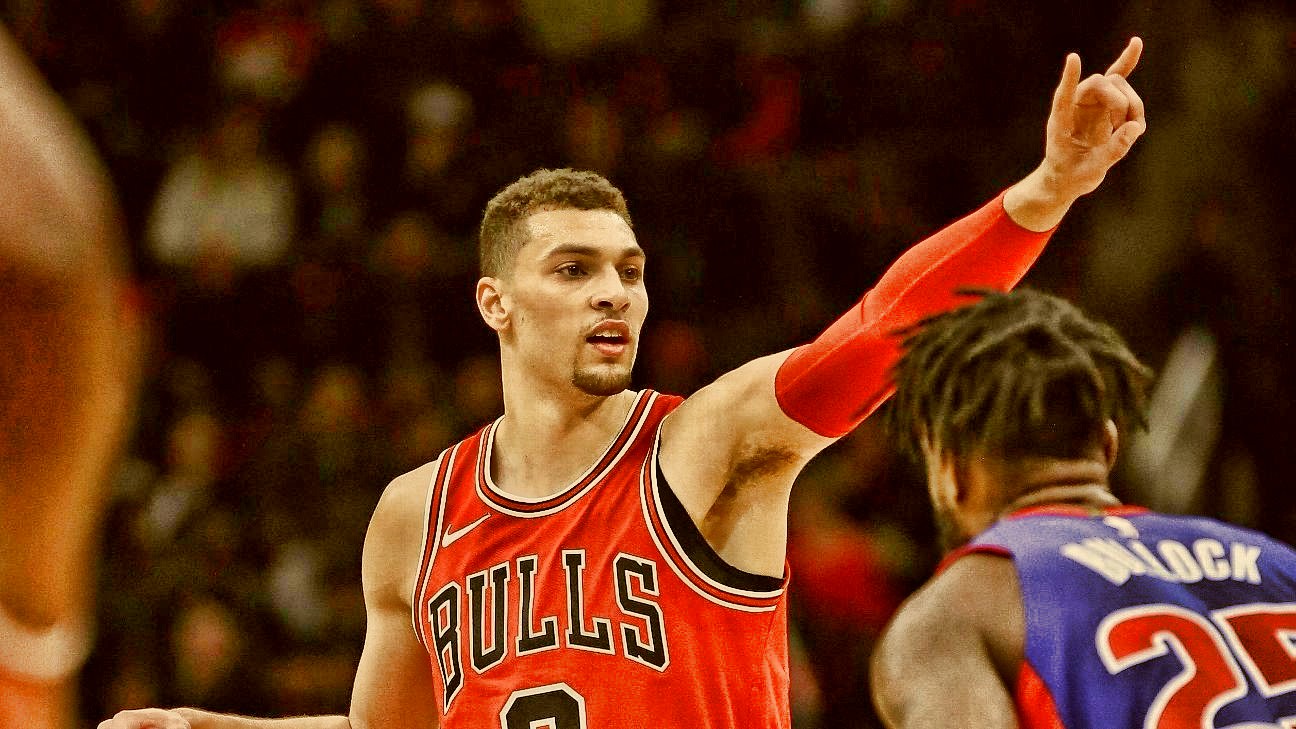 The Jimmy Butler trade is finally ‘complete’ for the Chicago Bulls.

On Saturday, high flying guard Zach LaVine finally made his much awaited Bulls’ debut and did he not disappoint the hordes of Bulls fans who trooped to the United Center to catch the first glimpse of the main piece of the Jimmy Butler trade.

LaVine drilled his first basket, a three pointer, thirty seven seconds into Bulls’ home game against the Detroit Pistons. The former two-time Slam Dunk king finished with a total of 14 points on 5-9 shooting, including 3-4 from behind the three point line, in just 19 minutes of restricted playing time. Chicago ended up winning the close game 107-105, to improve their record to 16-27. 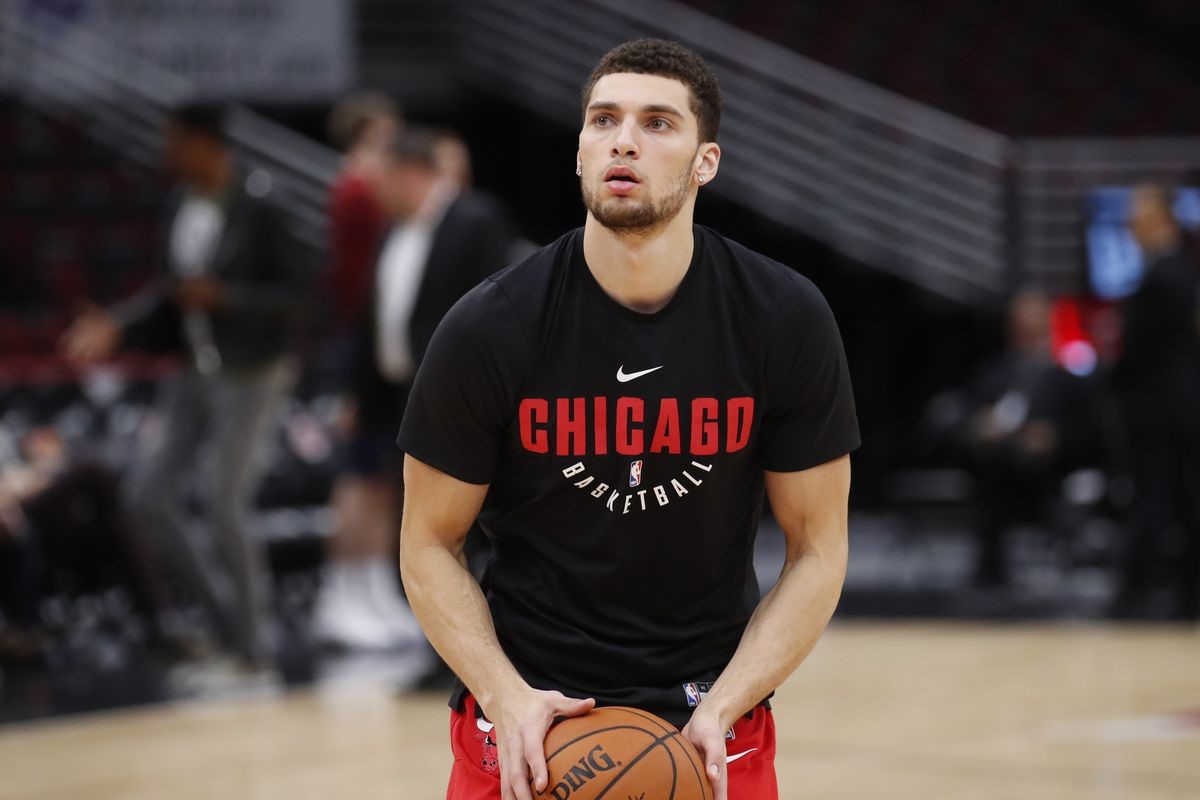 LaVine arrived in Chicago as the centerpiece of the Jimmy Butler trade last summer. Under the deal, the Bulls sent Butler and the 16th pick of the 2017 NBA Draft to the Minnesota Timberwolves in exchange for LaVaine, Kris Dunn and the 7th overall of the 2017 NBA Draft. The Bulls used the 7th pick to select forward Lauri Markkanen of Finland ( via the University of Arizona ) while the Wolves picked Justin Patton with the 16th overall pick.

Butler has become the catalyst in Minnesota’s rise as the current 4th best team in the NBA’s ultra tough Western Conference. The former Marquette standout is averaging 21.4 points, 5.4 rebounds, 5.1 assists and 2.0 steals per game as the pack leader of the Timberwolves. Not only that, Butler is also having career highs in field goal percentage ( .471 ) and free throw shooting percentage ( .875 ) in his first season at Minnesota. 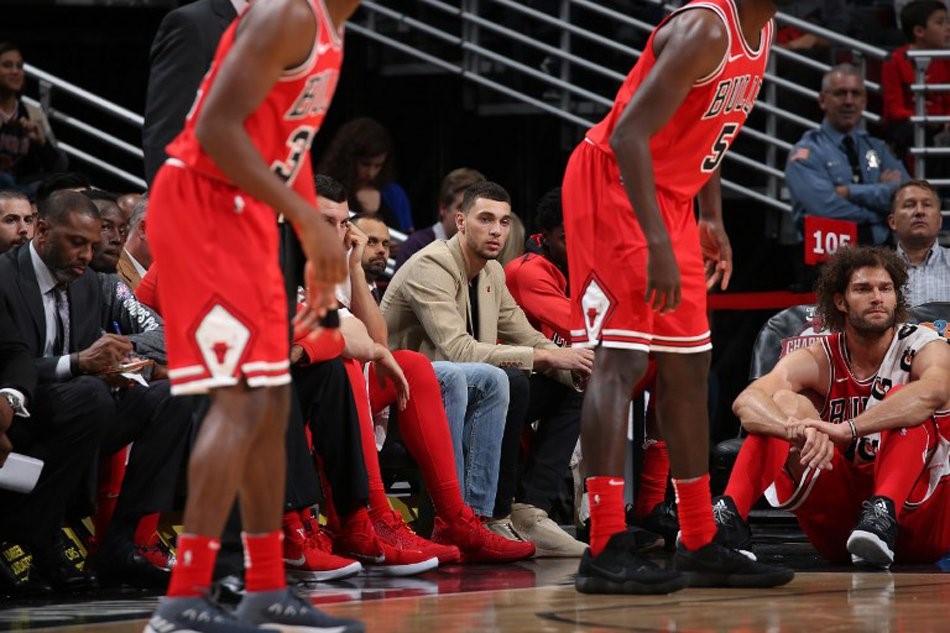 While the Wolves celebrated Jimmy Butler’s emergence in Minnesota, the Bulls were waiting to see what they got ( in full ) in exchange for their franchise player. Kris Dunn has been a revelation for the Bulls, increasing his rookie scoring average by 10 points thru 38 games this year. Dunn has also more than doubled his 2016-17 averages in rebounds, assists and steals while starting 29 games for Chicago.

Saw the first cut & excited about it! Be one of the first to get Part 1: Building Your Base of my workout series @ https://t.co/BvicIhs6mw pic.twitter.com/REWUaShS3l

Markkanen has also been a gem of a draft pick for the Bulls as the former Arizona Wildcat is averaging 15.5 points, 7.5 rebounds and 1.3 assists per game in 40 games played so far. Markkanen is also making 2.5 three pointers per game in 30.1 minutes of playing time for the Bulls.

But while Chicago had already been reaping its rewards on Dunn and Markkanen, their were eagerly awaiting the return of LaVine who is without doubt, the best player they got in the Jimmy Buckets trade. 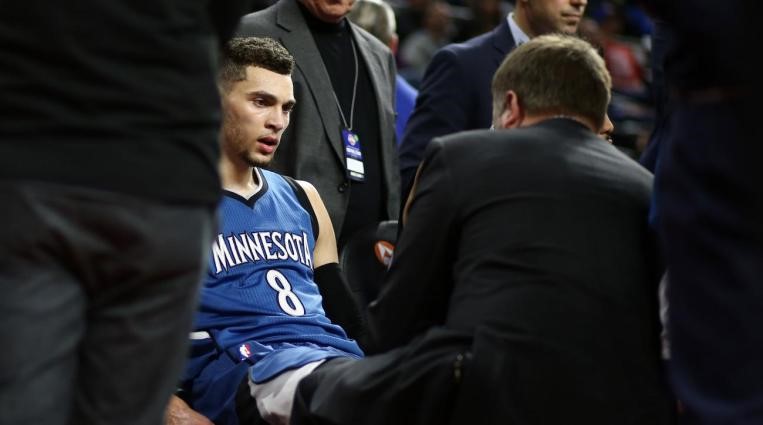 Zach LaVine was the Minnesota Timberwolves’ 13th overall pick in the 2014 NBA Draft. He quickly earned a name for himself as one of the most exciting high flyers in the league. LaVine won back to back Slam Dunk titles in 2015 and 2016 while also winning MVP honors in the 2016 NBA Rising Stars Challenge.

LaVine steadily increased his scoring average in each of his three seasons with the Timberwolves. Likewise, his three point shooting continued to improve every year in Minnesota. Last season, he averaged a career high 18.9 points per game, including 2.5 three point makes per outing and looked like he was on the cusp of breaking out:

Unfortunately, LaVine suffered a season ending injury injury during the first half of the season. The 6-5 guard tore the ACL of his left knee during a 116-108 loss to the Detroit Pistons.

LaVine was supposed to be a big part of the T-Wolves’ future along with Karl Anthony Towns and Andrew Wiggins but with him out with an ACL injury and head coach Tom Thibodeau longing for a veteran leader like Butler on his squad, LaVine became somewhat dispensable. 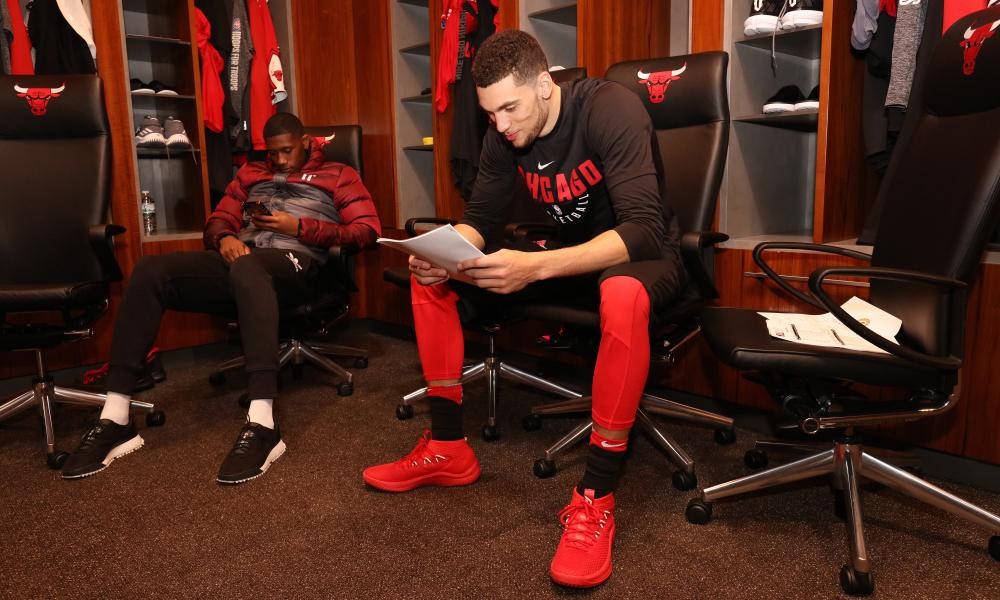 But despite the setback, LaVine has been in high spirits while he was recuperating. He was very confident that he could come back and return to his old form right away. Even when he and the Bulls could not agree on a contract extension prior to the October deadline for fourth year players, he remained optimistic. Said LaVine, via ESPN:

"I think it's fine," LaVine said. "Obviously I want to be here for a long time. Like I said, I feel like the deal's going to get done, either [by the deadline] or next summer, so I don't have any fear in that. I think I know I'll be in black and red for a little bit longer. And I'm very happy and looking forward to that day as well, but my main concern is getting back on the court, getting my legs ready and try to help the team as much as possible".

His legs were finally ready on Saturday night and the Bulls finally got a glimpse of what their future might look like:

Chicago is third to the last in Offensive Efficiency this season at just 101.2 points per 100 possessions. They are also just 18th in the entire NBA in Fastbreak Points per game at 10.4. With those problems, it looks like Zach LaVine should be able to help them a lot. The help may not come right away given his minutes restriction. But with Fred Hoiberg slowly breaking in his new weapon, Chicago’s weapon of the future, the Bulls can now finally call the Jimmy Butler trade complete and successful.