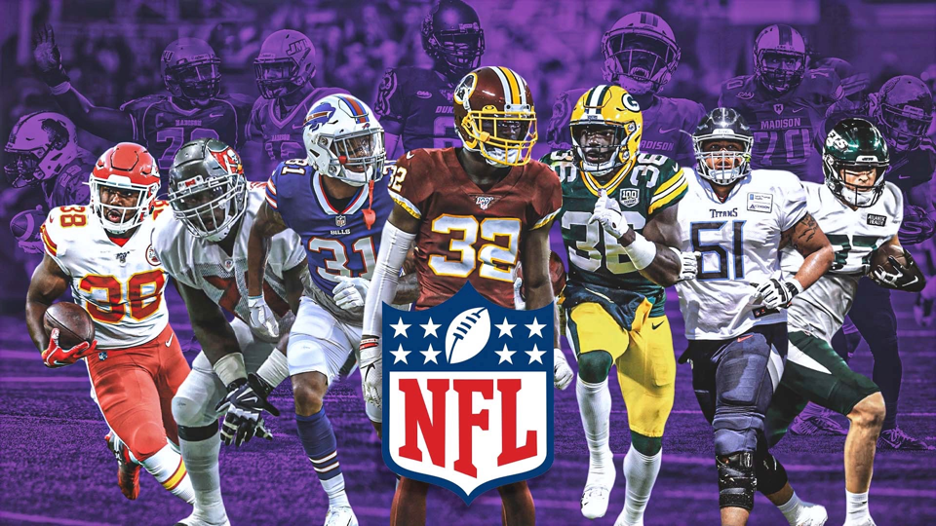 His Auburn Tigers won a national championship during his Heisman Trophy Award-winning campaign in 2010. He was subsequently drafted first overall in the 2011 NFL Draft and welcomed into the lovin’ arms of the Carolina Panthers. His first year was a smashing success and it appeared he was poised for NFL glory after being named the Offensive Rookie of the Year. He would make the Pro Bowl three times, including his rookie season, and reached the height of his powers in 2015 when he was named the NFL Most Valuable Player. This was Cam Newton.

When we think of young, dynamic quarterbacks one of the names that immediately leaps to mind is Lamar Jackson. Well, that’s pretty much how people thought of Cam Newton in his heyday, one that was not very long ago. Consider the comparisons between Cam Newton of 2015 and Lamar Jackson of 2019.

But the physical difference between the 6’2, 210-pound Jackson and the 6’5”, 250-pound Newton is striking. They called Cam Newton “Superman” because he could not only do the impossible on the gridiron but had a physique (still does BTW) to match. Unlike Jackson, Newton didn’t have to take the edge to escape his defensive pursuers, he could bulldoze right over them with the power of a fullback but the speed of a wide receiver. However, a series of injuries and surgeries have derailed Newton’s career and within five short years, he has gone from MVP to unemployed.

We have seen former starters sign for short money as backups this season to re-establish themselves in the league with the goal of earning a starting job elsewhere and a hefty raise to match. Jameis Winston went from $21 million last season with the Bucs to $1.1 million this year to back up Drew Brees in New Orleans. Longtime Bengals’ starter, Andy Dalton, was scheduled to make over $17 million this season before the Cats cut him loose to where he is now making $3 million in Dallas to back up Dak Prescott. Marcus Mariota, once they can’t miss kid for the Tennessee Titans made nearly $21 million last year, like his 2015 draft class valedictorian Jameis Winston, is now making $7.5 million to back up Derek Carr in Las Vegas.

But why hasn’t Newton been signed? Well, the long and short of it is that he has been sidelined over the last two seasons with a series of shoulder and foot surgeries which bring into question his physical acuity. Newton was a physical freak, a dual-threat capable of taking it to the house or launching laser beams in the pocket or on the move. But with the global pandemic paralyzing everything we do; team doctors have been restricted from checking him out and tendering their opinions on his physical aptitude.

And money is the other thing. How much will he want and will he demand a starting role? There are simply too many questions left unanswered but it would be stunning if the former MVP is sitting on the shelf this season. At the age of 31, he is still young enough as a quarterback but if he were a running back, this would be the twilight of his career, and perhaps that’s the other sticking point. With so many injuries, and at his age, how effective will he be running the ball which was such a huge part of what made him so great? We will know where Newton lands soon enough…or if he lands at all in 2020.

The moment the Bucs landed Tom Brady the world took notice, including Vegas and the offshore markets. With TB12 in the fold, the Buccaneers'odds are 12-1 to win the Super Bowl this season which is a stunning drop from the 60-1 odds they were tagged with shortly after Super Bowl LIV without Tom Terrific.

Of course, it didn’t hurt that Brady wooed his old buddy, Rob Gronkowski, out of retirement to join him after the Patriots agreed to deal the All-World tight end to the Bucs for a fourth-round draft pick. Tampa’s offense should be greased lightning next season with Mike Evans, Chris Godwin, and a double stack of Gronkowski and OJ Howard at tight end. The Buccaneers open their season down on the bayou for a date with Drew Brees and the Saints. Is it September yet?