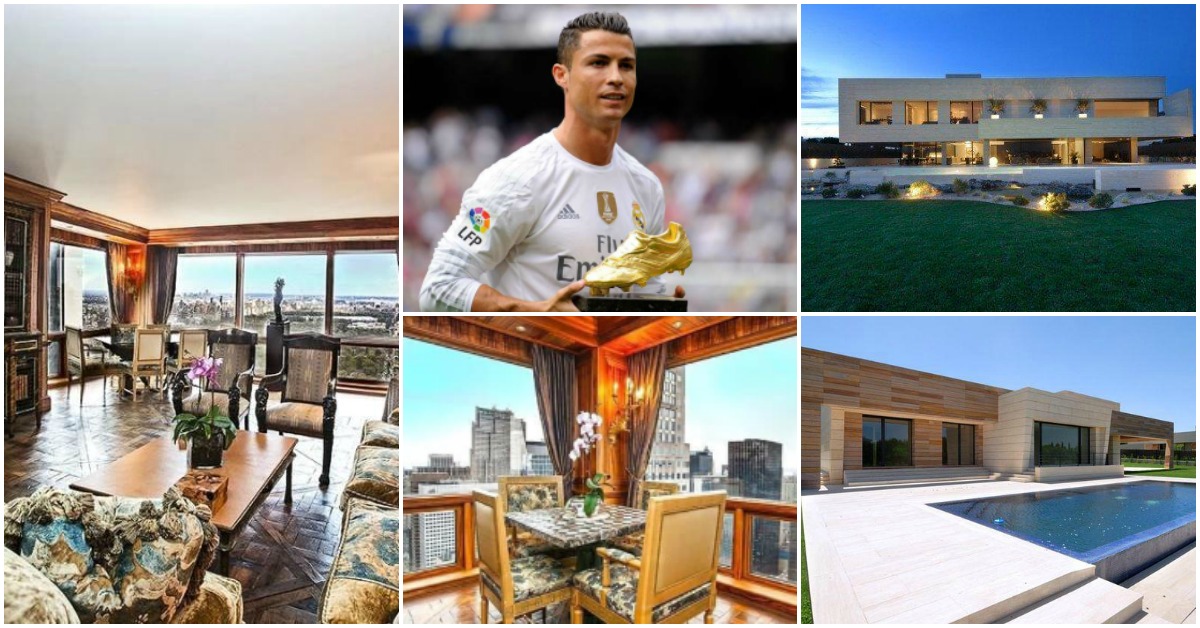 Sports icon Cristiano Ronaldo had quite a rough start in life. He was born into an impoverished family in Funchal, Madeira, Portugal. It was a struggling household that he had to share a tiny room with all his other siblings.
At eight years old, he was already playing for the local football team Andorinha. In the years to come, he would be signing contracts with Portuguese clubs Nacional and Sporting CP. At age 15, however, Cristiano faced one major ordeal that almost ended his dream—he was diagnosed with a medical condition called racing heart.
But, Mr. Ronaldo is a brave spirit. Just days after undergoing an operation to treat his condition, he already resumed training as if nothing happened. Because of his persistence and the passion he has for the game, he went on to become one of the greatest athletes of all time!
Cristiano currently plays for Portugal’s national football team as well as for Real Madrid. Last year, he was hailed highest paid athlete by Forbes and world’s most popular athlete by ESPN. He is also one of the planet’s top endorsers right now!

How much is Cristiano Ronaldo worth?

The Portuguese athlete currently has a whopping net worth of $450 million. Cristiano just renewed his contract with Real Madrid last November, and the salary package that comes with it is just flat out jaw dropping. He will be earning more than $560,000 each week, or almost $55 million every single year until the contract expires in 2021! His current earnings on the field easily topple down that of his teammate Gareth Bale and that of Lionel Messi. Due to his current remuneration, reports have revealed that if another team wants to buy Cristiano out of Real, that certain club first has to shell out $1 billion before anything of it can ACTUALLY happen. That is how expensive this guy is right now.

Cristiano has more than 200 million social media followers, making him one of the most popular celebrities in the world at the moment. Because almost every person across the globe knows who he is, he seems to be a favorite endorser by the biggest products imaginable.
His lifetime contract with Nike is said to be worth $1 billion, which alone gives him earnings of up to $21 million a year. Well, he can live forever in abundance with this endorsement alone! Cristiano has also been Castrol’s ambassador since 2009, and for which he initially signed a contract worth more than $10 million. He recently renewed his bond with the brand for a little more than $7 million.
He is also the face of luxury watch brand Tag Heuer. He has also recently replaced his ex Manchester United teammate David Beckham as the face of Emporio Armani’s jeans and underwear. His sponsorship deals do not stop right there, though! He is also tied with huge brands like Samsung, Konami, Herbalife, Coca Cola, KFC, PokerStars, Emirates airlines, and a lot more.

Cristiano is a promising businessman as well. Over the years, he has invested some of his hard earned money in many profitable ventures. He has his own lucrative brand, CR7. Under this name is Cristiano’s famous clothing/shoes/sock/underwear line that makes him up to $10 million dollars richer every year. This business has also branched out to selling home and leisure products recently.
He has partnered with Pestana Hotels under a contract worth $80 million. Together, they will be building a total of four hotels under the CR7 brand. Two of these (located in Funchal and Lisbon) were already completed last year. The one in Madrid will open this year, while the one in New York is said to start operating come early 2018.
Cristiano has also partnered with Crunch, an American health company, to create gyms in various locations. The inaugural outlet is said to open in Madrid soon.

The football superstar has gotten some lavish, pricey possessions, which he collected over the span of his unstoppably successful career. He owns a mansion in one of the posh areas of Madrid, Spain. This seven-bedroom property is valued at $7.2 million. He also has a house in an affluent village called Alderley Edge in Cheshire, England, which he bought for $6 million back in 2006. It is quite big of a mansion that many consider it to be “oversized”. Another plush abode of his is a penthouse in New York that costs as much as his Madrid mansion.
Moving on, Cristiano has some luxurious cars worthy of envy, too! He has a Lamborghini Aventador, which costs more than $260,000. He also owns a Maserati, a Ferrari, an Audi, a Porsche, a Mercedes-Benz, a Bugatti, a Rolls Royce, an Aston Martin, and a couple more expensive vehicles. Not to mention that he got two or more of some of those brands mentioned. Calculating their collective costs can be a bit dizzying in all honesty.
Lastly, Cristiano also has a private jet. He owns the Gulfstream G200 model, which has a price tag of $17 million.

THE Cristiano Ronaldo does not have a tattoo for an utterly heartwarming reason. Such thing makes it possible for him to donate blood twice a year, which he has been doing unfailingly for a long time now. He puts others before himself, and for that he deserves so much more respect.
Back in 2015, Dosomething.org named him the “Most Charitable Sports Star in the World” for supporting various causes that includes childhood hunger and obesity. The organization also lauded the superathlete for donating $83,000 to a 10-year-old fan who had to undergo brain surgery. He also gave back to a Portuguese cancer center that helped treat his mother by gifting the institution with a generous amount of $165,000.
Last year, he donated his entire Champions League win bonus (more than $640,000) to an NGO, a truly benevolent act that shows his compassion towards those who are in need.