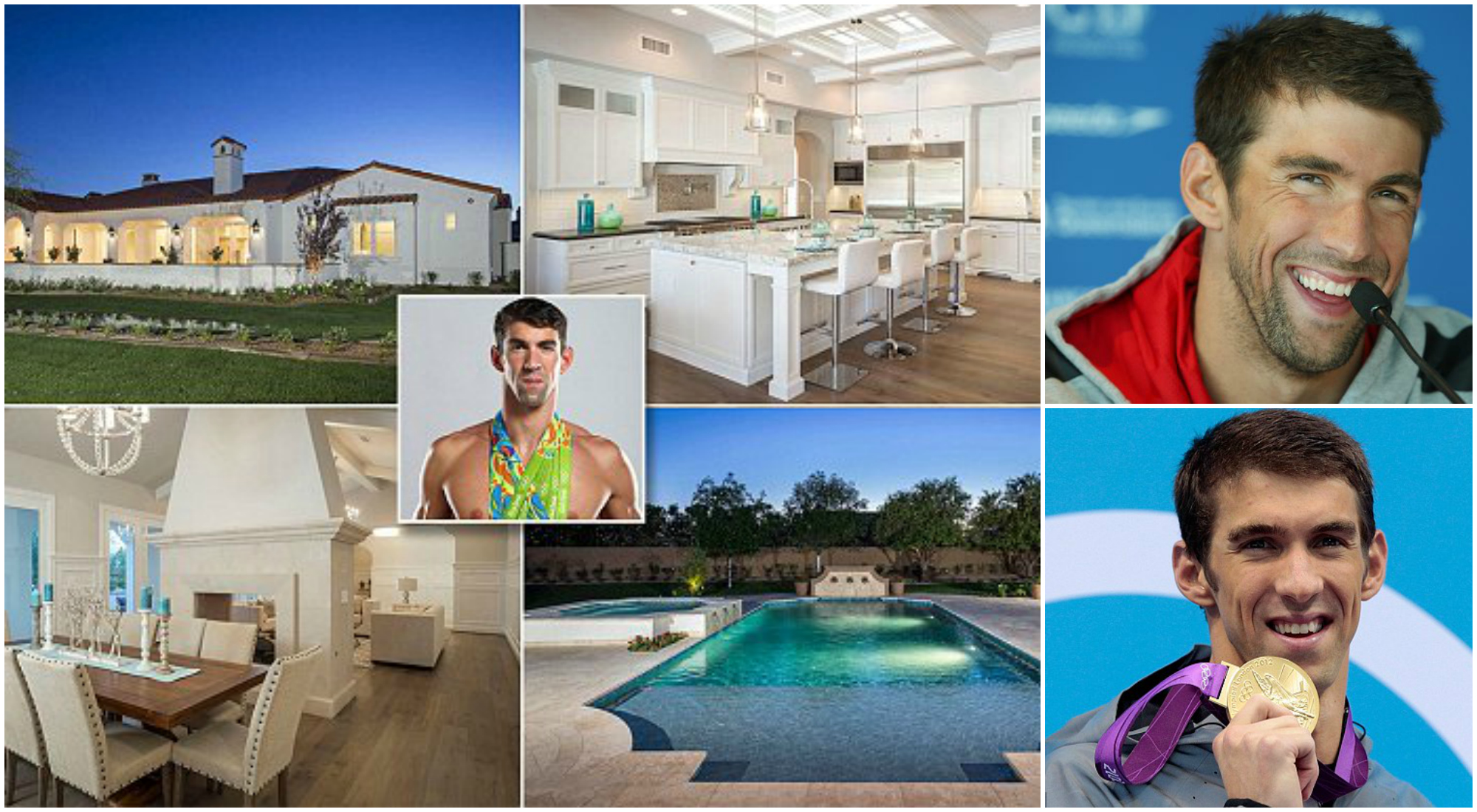 How Much is Michael Phelps’ Net Worth?

There are sports records that are not meant to be broken. Some have stood for years, decades and even centuries without being challenged at all.

Leonidas of Rhodes, a legendary runner in ancient times, stood as the greatest Olympian of all time for 2,168 years with his 12 Olympic victories during the second century B.C. Leonidas won three events -the stadion, the dialus and hoplitodromos in four consecutive Olympic games, giving him a total of 12 wreaths ( no gold medals in ancient times ). In 2016, Leonidas’ long standing record fell to an American swimmer whom we now refer to as the Greatest Olympian of All-Time.

Michael Fred Phelps II took swimming lessons to focus his energy on after being diagnosed with ADHD ( Attention Deficit Hyperactivity Disorder ) at the age of 9. Phelps not only beat his disease, he beat world class swimmers, world records and later Leonidas’ 2,168 year Olympic record to become not just the greatest swimmer in the history of the world but the Greatest Olympian of ancient and modern times with a total of 13 individual gold medals won.

To put things in perspective, Phelps’ overall gold medal haul is more than all but 35 of the 205 countries who participated in the 2016 Rio Olympics That’s impressive because if he were a nation, he would rank as the 36th winningest country in Olympic history in terms of Olympic Gold medals and 32nd overall in the all-time medal count if we consider his total Olympic medals won. 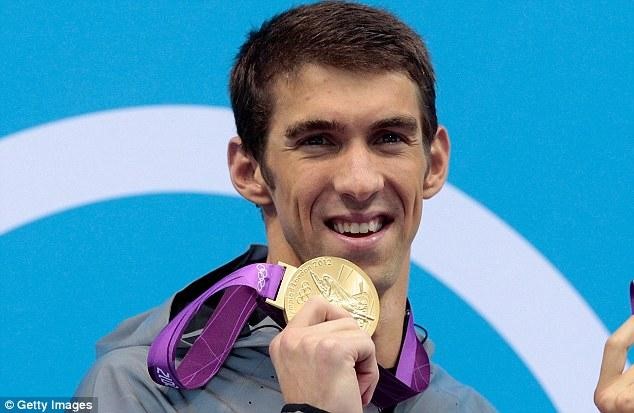 Michael Phelps was born in Baltimore, Maryland on June 30, 1985 to mother Deborah Sue ‘Debbie’ Davisson , who was a middle school principal and former Maryland state trooper Michael Fred Phelps. The youngest of three children, Michael took up swimming because his mother wanted him to to have an outlet for his excessive energy ( owing to ADHD ). Soon, Michael fell for in love with sport and enjoyed water like a fish. At the age of 10, he set the record for his age group in the 100-m butterfly. Under the training of coach Bob Bowman, more records would follow.

He won a total of 28 medals, the most in Olympic history. Nobody has more total medals in individual Olympic events than Michael’s 16. No one has ever won more individual events than Phelps’ 13. Phelps won 8 gold medals in 2008, breaking the Olympic record of 7 set by fellow American swimmer Mark Spitz in 1972. Overall, Michael Phelps has won a total of 83 medals in major international long course competitions including the Olympics, World Championships and Pan-American games. 66 of those were gold, 14 silver and 3 bronzes. Because of his achievements, Phelps was named World Swimmer of the Year eight times, American Swimmer of the Year 11 times and FINA Swimmer of the Year in 2012 and 2016. 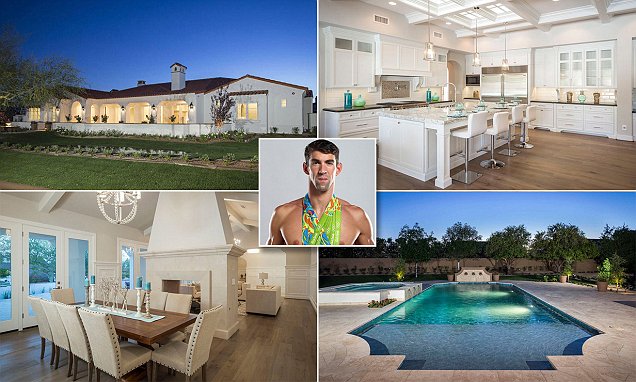 Unlike team sports stars who have million dollar annual contracts, Phelps’ earnings from his sport are mostly from his gold haul. That’s because the U.S. Olympic Committee gives out cash prizes for Olympic medals. A gold medal is worth $25,000.00 while a silver medal is valued at $15,000.00 On the other hand, a bronze medal fetches $10,000.00.
So for Phelps’ 23-3-2 gold-silver-bronze haul, he has earned $640K for his medals.

To include his medals in other international competitions, MoneyNation estimated in 2016 that Phelps has earned around $1.8M for his medals. That’s not much really, considering he’s been swimming competitively since the age of 15. But that doesn’t necessarily mean Michael Phelps didn’t earn much during his reign as the best swimmer of all-time.

After his retirement in 2016, Phelps bought a 6,800 square foot home in the exclusive neighborhood of Paradise Valley, Arizona. The five-bedroom mansion is located near Arizona State University, where Phelps plans to coach the swimming team. Naturally, the house has a huge swimming pool and four fire places. The house is made of European Concha stone and has imported hardwood tiles. And yes, it has a beautiful view of Camel Mountain. According to reports, Phelps shelled out $2.5M to buy the property. So don’t say Michael Phelps isn’t rich. 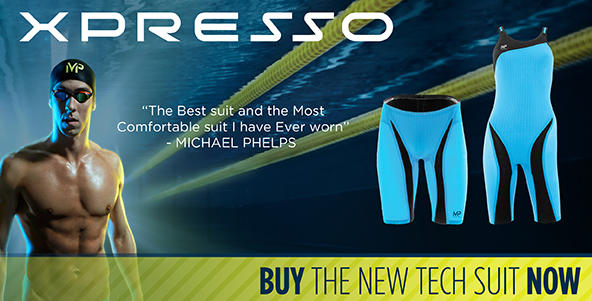 In 2010, Michael Phelps signed a multi year sponsorship deal with Under Armour. The deal was for Phelps’ dry-land gear because his swimwear was under Speedo at that time. Like most of Phelps’ endorsement deals, the value of the contract wasn’t revealed although Sports marketing expert Bob Dorfman estimated it to be at $5M.

Phelps had been with Speedo since he was 16. But when their contract expired at the end of 2013, Phelps declared himself as a free agent. The following year, Phelps announced that he was parting ways with Speedo and that he was signing with Aqua Sphere, a company known in the triathlon business. Aqua Sphere had never designed race suits for swimming before so Phelps must be worth that much for them to make one. The amount of the contract wasn't disclosed but the deal will run up to the 2020 Olympics.

In 2016, Phelps entered into an investor and spokesperson deal with Baltimore based razor company 800razor, proving he had moved beyond traditional endorsement deals. In all, MoneyNation reported that Phelps’ endorsement income rose to $7M per year after the Beijing Olympics and ballooned to $12M after the London Olympics. 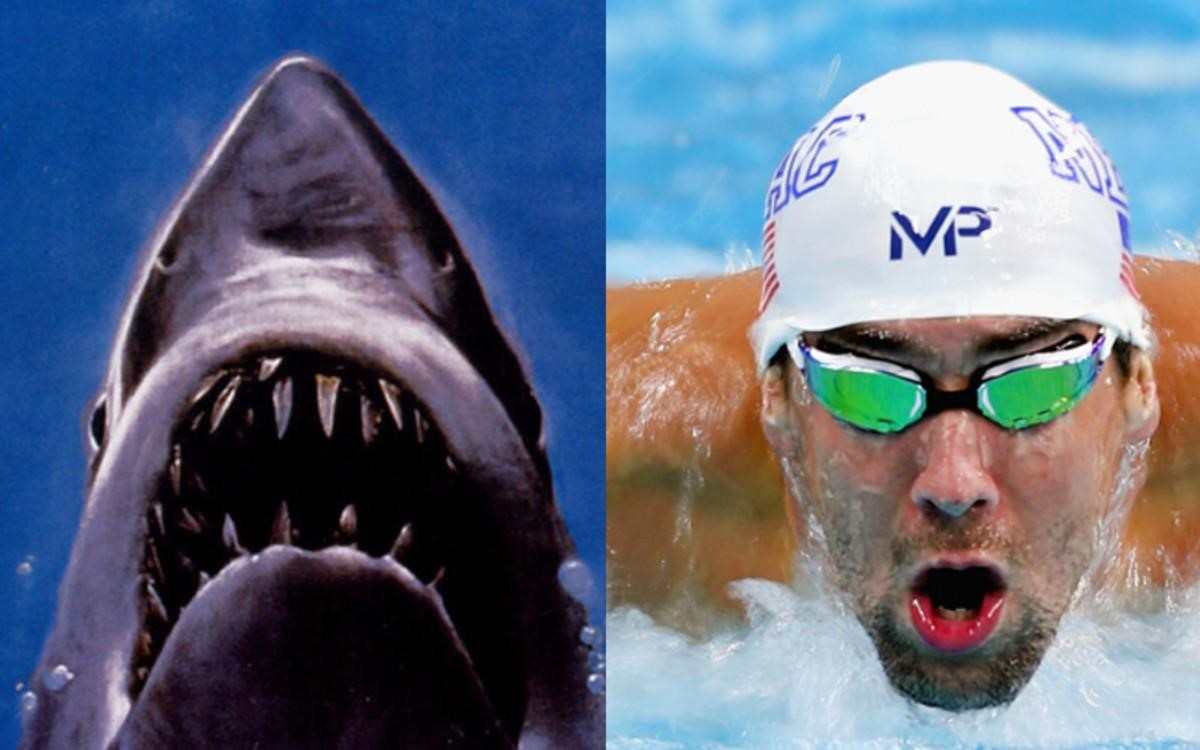 In July 2017, Phelps took the limelight again when Discovery Channel announced that he would be racing against a great white shark on its annual Shark Week. Dubbed as Phelps vs Shark: Great Gold vs Great White, the race was to cover 100M. But instead of racing against a real great white shark side by side ( which would have been suicide, realy ), Phelps went up against a computer generated shark. The result? The shark won by a couple of seconds.

That left millions of viewers disappointed, not with the result but with how the race was hyped up and how it actually happened. Still, the segment peaked at 5M viewers, the highest ever rating in the 30 year history of Shark Week. No figures were disclosed but based on viewer numbers, Phelps surely earned a handsome fee from that race.

The following month, Phelps even challenged MMA superstar Conor McGregor to a race. This after McGregor made $100M fighting boxer Floyd Mayweather Jr. in a boxing match. Phelps made his challenge on Social Media but it didn’t generate any buzz nor a reply from the Notorious One.

In his latest business endeavor, Phelps is an investor and advertisement model in a healthy pet food alternative called Nulo Pet Food. While endorsing his new venture, Phelps told AP that he had no desire to return to competitive swimming. However, he is still omnipotent in swimming meets, owing to obligations to his sponsors. Majority of industry experts say that Michael Phelps is worth around $55M as of December 2017. 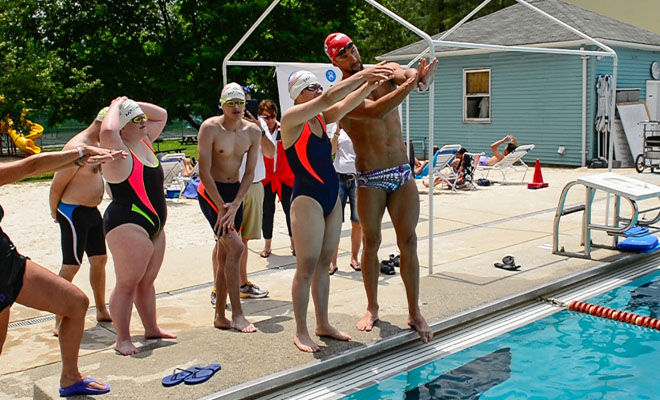 Michael Phelps’ target during the 2008 Olympics was to tie or break Mark Spitz’s record of 7 gold medals in one Olympic Games set in 1972. As a motivation, Phelps’ sponsor Speedo offered him a $1M bonus if he accomplished his mission. When Phelps succeeded in breaking Spitz’s record, he used the money to start the Michael Phelps Foundation, an organization dedicated to promoting water safety and youth swimming. Speedo Foundation later donated $200K to Phelps foundation.

In 2010, Phelps launched the ‘IM’ program for Boys and Girls Club members. The program taught kids to be healthy and active while focusing on swimming. The ‘IM’ is offered via the Boys and Girls Club of America and the Special Olympics, where Phelps became a Global Ambassador of in 2011. Since his retirement, Phelps has given his foundation more time just as he promised in 2016.

Although most of Phelps’ charity work are channeled through his Foundation, he also is a supporter of Bid 2 Beat AIDS, Make a Wish Foundation, Muhammad Ali Parkinson Center, One Drop and the Robert F. Kennedy Memorial. 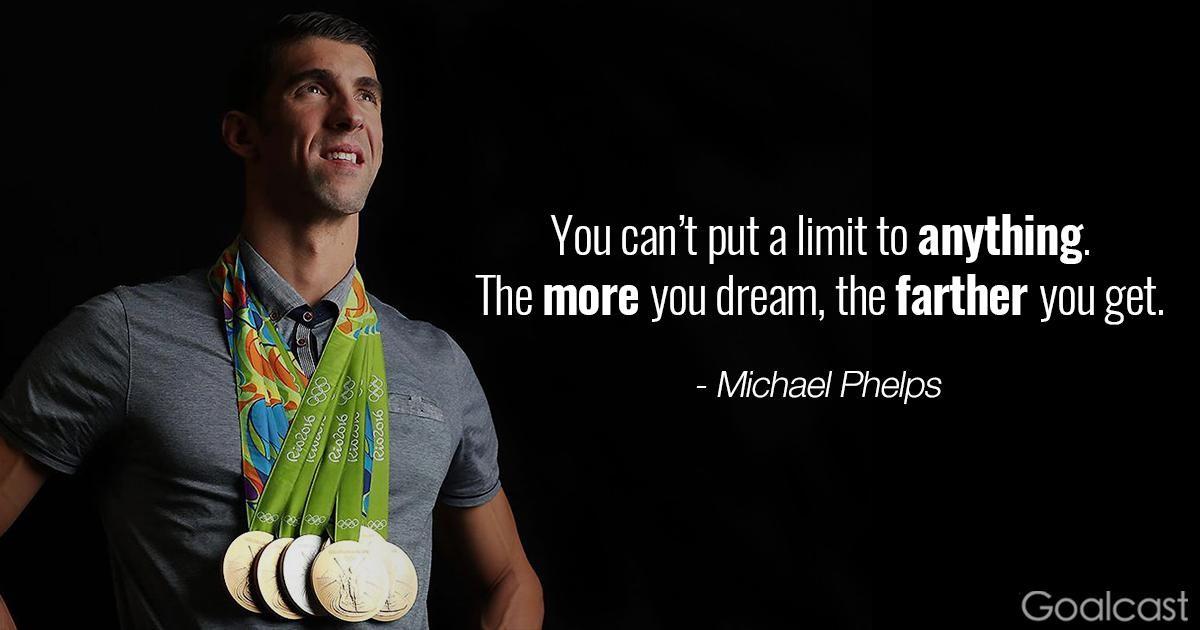 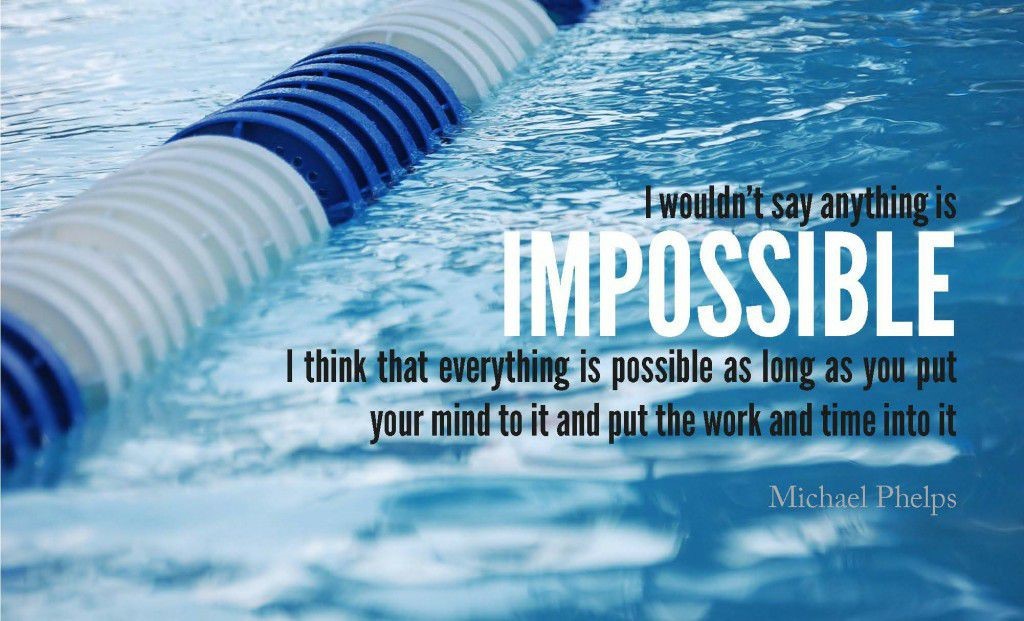 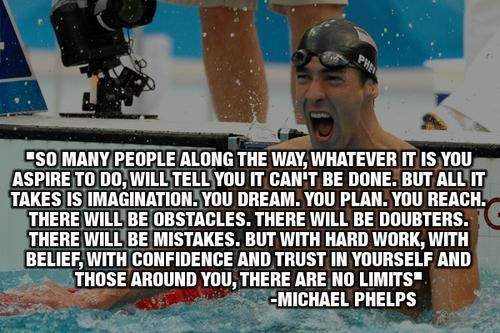 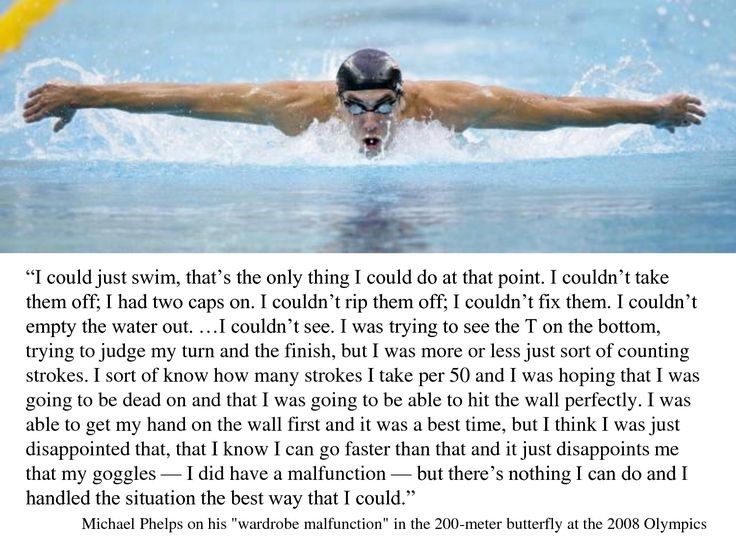