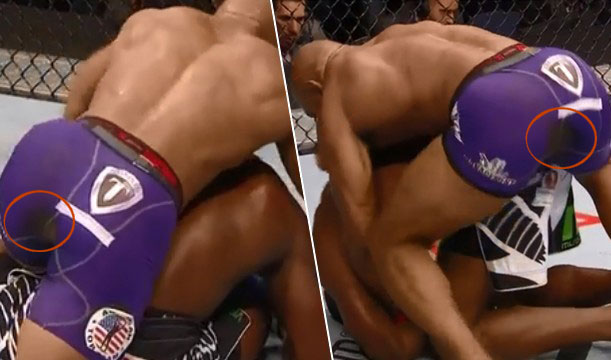 When Forrest Gump ran across America, a hippie approached him to ask for advice. While that was happening, Gump accidentally ran through and stepped on a pile of dog crap. The man then shouted 'Whoa man you just ran through a big pile of dog sh*t'. Gump's legendary reply was: 'It happens.'

Sh*t , as the popular saying goes, happens. It happened to Gump in that movie and it happens everywhere and to anybody in real life. During UFC Fight Night 112 at the Chesapeake Energy Arena in Oklahoma City, sh^t happened....literally.

The fight was Felice Herrig vs Justine Kish in the UFC Women's strawweight division. Both women were looking to climb the rankings and sustain their momentum with a third straight win. Herrig had won back to back fights after her deflating loss to Paige Van Zant at UFC on Fox 15 in 2015. Kish meanwhile won her first two bouts in the UFC after moving to the promotion in 2016. With the UFC’s women’s strawweight division slowly gaining mainstream attention, both Herrig and Kish were determined to pick up the victory.

Herrig was the aggressor, taking Kish’s back several times throughout the bout and taking her down two times during the fight. The ‘Lil Bulldog’ had a big round three as she punished Kish on the ground and nearly ended the fight with a rear naked choke hold in the final minute of the fight. It was during that choke sequence when Kish tried to explode out from of a bad position and accidentally soiled her shorts. Yes, Justine Kish lost control of her bowels and pooped inside the octagon. It wasn't really noticeable during live action but when the replays were shown, the evidence was all over the floor.

Felice Herrig went on to win the fight on the scorecards: 30-26, 30-26 and 29-28. She also could’ve gone to the post fight interviews with punchlines like ‘I beat the sh*t our of her’ because that’s literally what she did to Justine Kish. Instead, Herrig chose to speak about the accident in a rather classy and diplomatic manner, saying she didn’t want people to make fun of her if the shoe were on the other side ( or if the shit were on the other shorts )
Said Felice Herrig after the fight:

"This is so hard because I don’t want to talk s**t. I did know [Kish pooped her shorts]. This is really hard. I really like Justine. Justine and I were cool. We’re friends and I feel like if I was in this position I wouldn’t want people talking about it and making fun of me. MMA fans are relentless and if that happened to me I honestly wouldn’t want to show my face ever again. I probably wouldn’t want to fight ever again."

As for Justine Kish, she had one rough night. Not only did she suffer the first loss of her MMA career, she pooped on her shorts while trying to avoid defeat. That’s double blackeye, really. But Kish was such a good sport and took everything in stride. She even had the time to joke about it in social media. In her Twitter account, Kish said:

"I am a warrior and I will never quit. #shithappens hahaha."

That’s the attitude, right there. Sh*t happens all the time. You just have to laugh it off, pick yourself up and move forward. That’s just how it goes in life as it is inside the UFC octagon.

Incidentally, Justine Kish isn’t the first fighter to accidentally defecate inside the UFC cage. Prominent fighters like Yoel Romero and Tym Sylvia also had their own ‘crap during the scrap’ moment in the past. Here are the ‘evidences’: 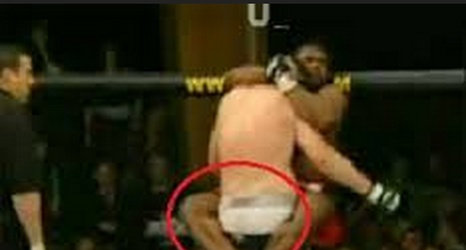