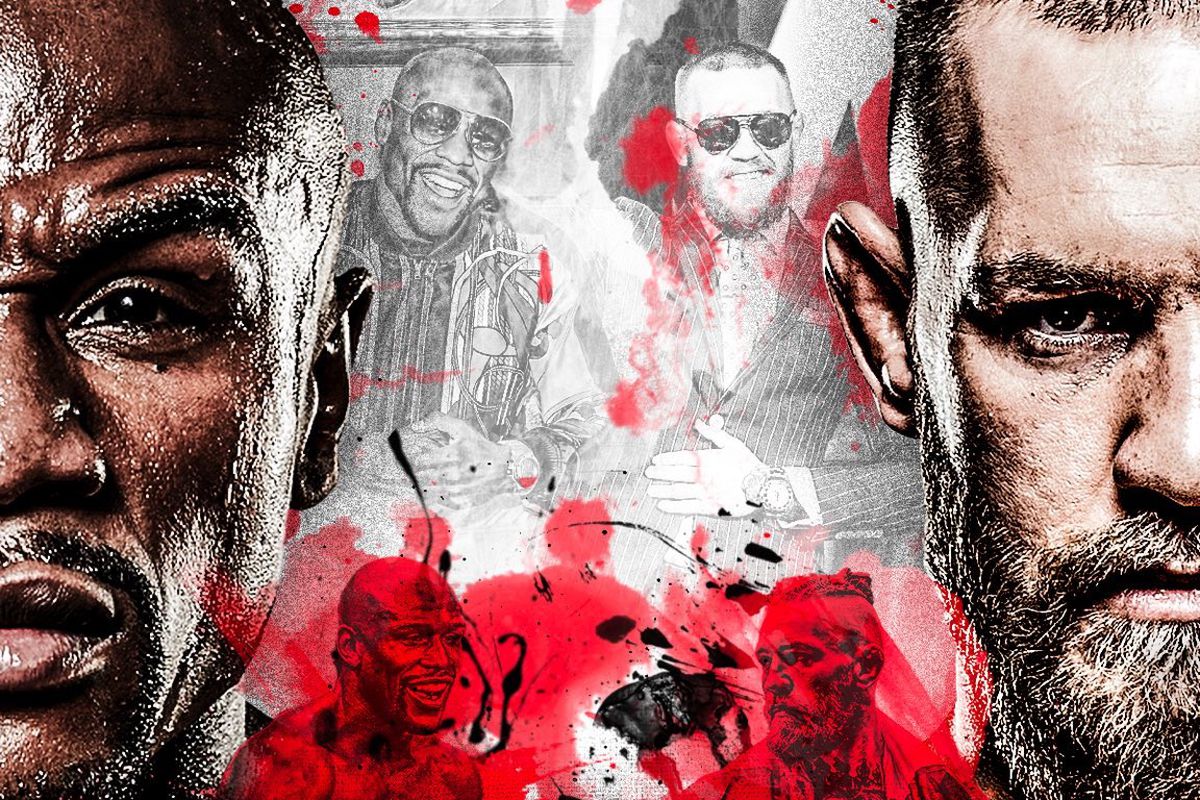 Boxing’s undefeated Pound for Pound King Floyd Mayweather Jr. returns to the ring after two years of retirement. MMA’s only concurrent two division champion Conor McGregor steps inside a boxing ring for the first time in his career. The biggest name in boxing meets the top draw in MMA in a fight nobody believed was ever going to happen.

The Money Fight is two months away. 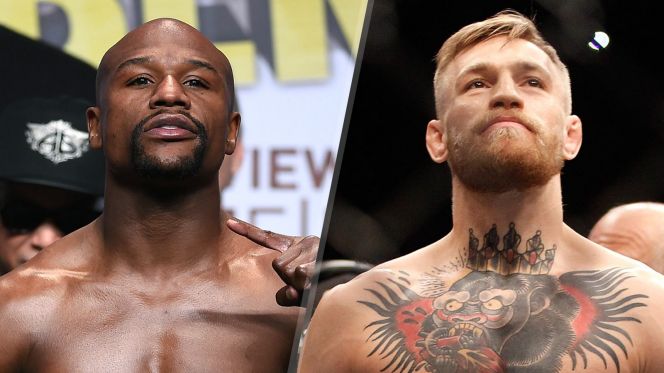 It all began as an honest question from late night show host Conan O’Brien. McGregor told Conan that he’d box Floyd Mayweather Jr. if the opportunity arose. At first, Mayweather dismissed the possibility saying at one point that ‘elephants don’t beef with ants’. But as the months passed, it became evident that Mayweather loved the idea because of the potential financial rewards.

A year after the idea was conceived, Mayweather posted a faux fight poster on social media. In March 2017, Mayweather officially announced that he was coming out of retirement to fight McGregor. Two months later, McGregor announced that he had signed his part of the deal. And then finally on June 14, 2017 both fighters almost simultaneously announced that a deal had been made for August 26, 2017. The Money Fight was finally happening.

Nobody Can Take The Left Hand

Embed from Getty Images
Conor McGregor took the MMA world by storm with his powerful left hand and unique gift of gab. He won his first UFC title at UFC 194 when he knocked out longtime featherweight champion Jose Aldo in 13 seconds, with his first punch of the fight. Nobody can take the left hand shot, he would declare. The Irishman indeed had a strong left hand shot. He knocked out lightweight champion Eddie Alvarez with the same shot. In doing so, he became the first concurrent two division UFC winner. And now he is going to fight perhaps the best defensive boxer of all-time.

While training, McGregor refers to himself as a ‘ghost’ believing that he’s got moves that Mayweather nor the world has ever seen before. There is no doubt that McGregor is the best striker in the UFC today. Let him fight Mayweather with 4-ounce MMA gloves and this is going to be an exciting bout. But this fight isn’t happening inside the UFC cage and under MMA rules. It’s a 154 pound boxing bout using 10-ounce boxing gloves. They will be fighting in a boxing ring where Mayweather will have plenty of real estate to move around. It’s an entirely different world for Conor McGregor. 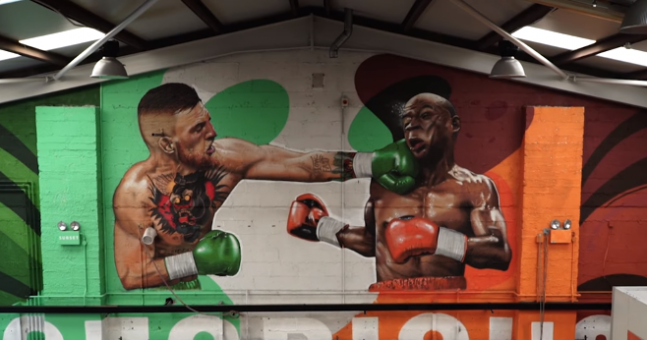 In McGregor’s Dublin gym, a mural of him landing his famous left hand on Mayweather’s chin is painted. McGregor also recently posted a training video captioned #Ghost. The Notorious King says he’s got moves never seen before. However, Mayweather may be the real ghost here.

A defensive genius, Mayweather has fought some of boxing’s best offensive fighters. Yet Money Mayweather has come away unscathed in 49 bouts. Manny Pacquiao, Miguel Cotto, Oscar De La Hoya, Marcos Maidana and Arturo Gatti are among those who tried but miserably failed to beat the man who refers to himself as TBE- the best ever. If those great boxers failed to catch Mayweather, what more for McGregor? De La Hoya said it best when he said:

"What he needs to know is that I started boxing at five years old. I'm an Olympic gold medalist. I'm a 10-time world champion in six different weight classes. Yes, I was a bit older when I faced Mayweather but even I couldn't beat him. So what makes McGregor think that he can go in there, in his very first professional fight, having really no experience in the professional ranks and beat Mayweather?” 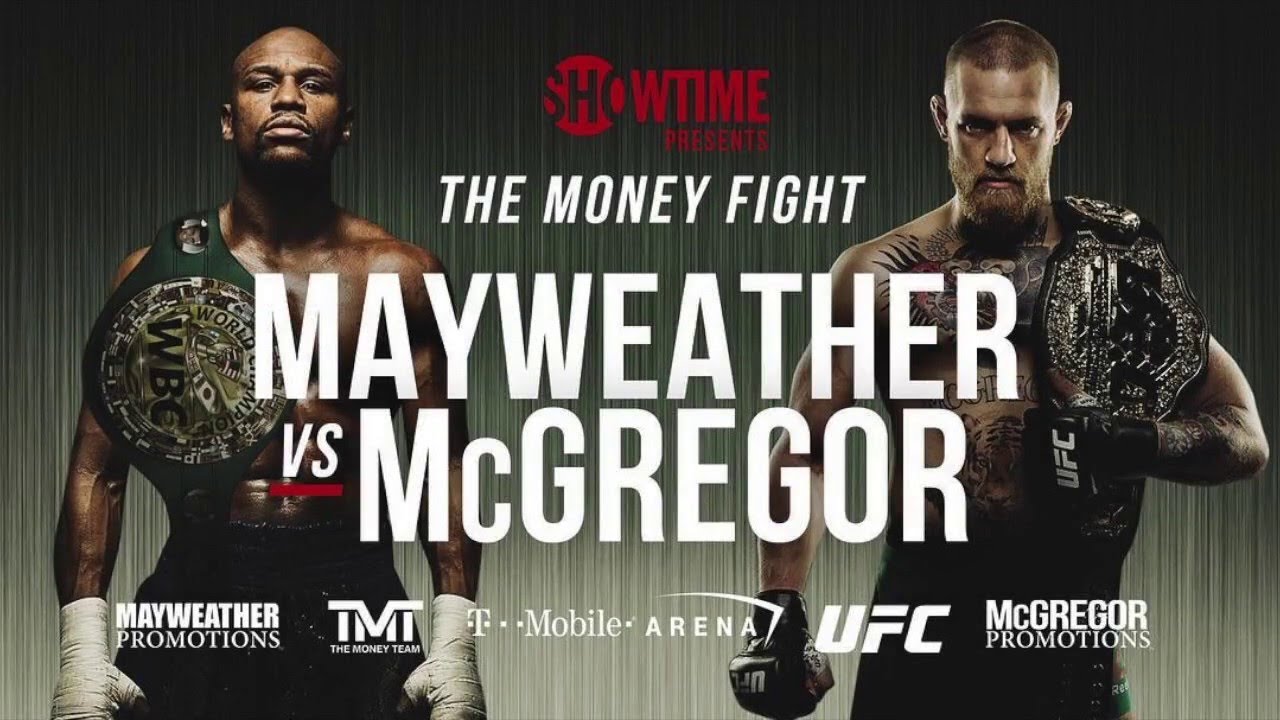 Mayweather’s boxing nickname is Money. That’s because he is boxing’s biggest PPV star ever. Nobody has ever made more in boxing than Floyd Mayweather Jr. Conor McGregor is his MMA counterpart and the UFC’s proverbial cash cow. No one’s made more than the Notorious One in purse money. He is the UFC’s top PPV draw. Put them together in one fight and this is all about the money. You can say what you want about this match-up but it’s not going to be a fight at all.

Floyd Mayweather is going to run circles around Conor McGregor. McGregor will find out that hitting Floyd Mayweather isn’t going to be easy. Beating him will be much harder. Some people are even saying that McGregor won’t be able to land a meaningful punch against boxing’s best defensive fighter ever. But that may not matter because this is just a money fight. One hell of a rich money fight. Mayweather is going to cruise to win #50 and separate himself from the great Rocky Marciano. McGregor has said he’s going back to MMA to fight Khabib Nurmagomedov next. There will be no rematches here. After all, it’s just about the money.