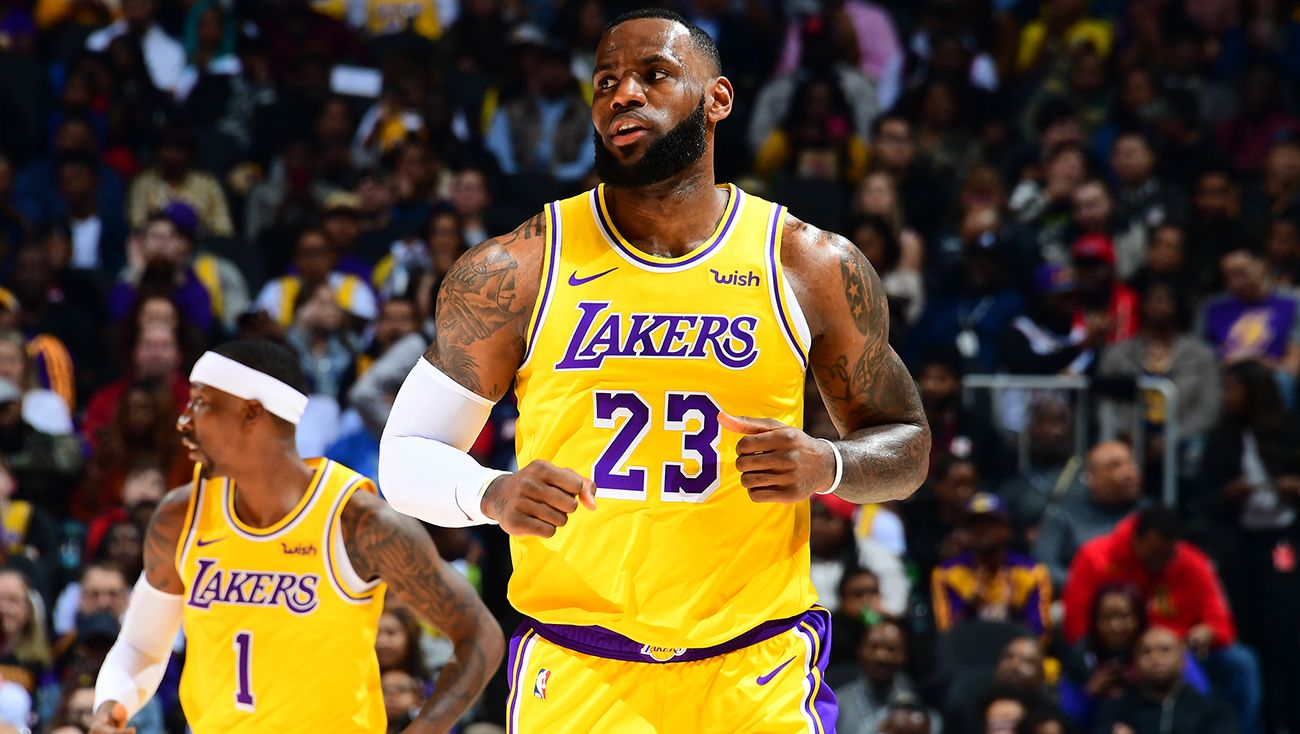 We didn’t even know how this retooled Lakers squad would fare with so many changes and new personnel this year. They have a new head coach in Frank Vogel, who then built a new coaching staff to join hands with him. Gone are LA’s young kids as Anthony Davis arrived via the Lakers’ blockbuster trade deal with the New Orleans Pelicans. They also acquired veterans like Avery Bradley, Dwight Howard and Jared Dudley to reinforce the team. DeMarcus Cousins, their prized acquisition in free agency, tore his ACL while working out during the offseason. Everything was up in the air for the Lakers as many predicted their neighbour Clippers to rule the city.

But the 34-year old LeBron James would not relinquish his kingdom, at least not this year. The King has led the Lakers to a league-best 6-1 record to start the season. They are currently ranked 1st in defensive efficiency, and it all starts with James’ leadership. After a dismal performance in a loss against the Clippers, the four-time MVP has turned in big games one after the other. He put up 39 points, 12 rebounds, 16 assists and 4 steals during an overtime win against the Dallas Mavericks. In 6 games this season, LeBron has already racked up three triple-double stat lines. The King is still primed and ready for battle after all.

After an exhausting win that saw them come back from a 17-point deficit to beat the Chicago Bulls, James says that he relishes doing it all for his squad, per Broderick Turner of the Los Angeles Times.

“Just trying to be in the right place at the right time. Being a triple-threat on the floor. I trust my teammates to make shots. I just try to put the ball on time and on target. They’ve been doing that.

Defensively, trying to rebound as much as I can, even though I’m playing the point- guard position. And then scoring. Just trying to read the defense, pick my spots, and just trying to be aggressive.

LeBron and the Lakeshow will go back home to face the Miami Heat and the Toronto Raptors before visiting Phoenix to go up against Devin Booker and the streaking Suns. If James continues playing like the Swiss Knife that he is and should that performance translate to wins, we just might see him run away with his fifth MVP trophy.

If the Lakers didn’t have a better record than the Bucks, Giannis would be an easy pick for the top spot. But they lost to a Jimmy Butler-less Miami Heat and a Boston Celtics squad without usual starters Jaylen Brown and Enes Kanter. Giannis’ struggles in his three-point shooting (17%) and free throws (60%) don’t help his case, either.

Still, Giannis is finding so many ways to score and he is posting massive career-highs in rebounds and assists. Despite his struggles from the three-point territory, the Greek Freak is still averaging an overall field goal percentage of 61%, the highest of his career so far. The reigning MVP has logged in double-digit rebounds in each of the Bucks’ seven games, and he’s doing it while being tasked with a heavy workload at the offensive end.

In an interview with Eric Nehm of The Athletic, Giannis is not pushing the panic button on his shooting inefficiency, particularly with his free throws.

There’s nothing more I can say because you cannot overthink free throws. Once you  start overthinking it, you shoot two air balls in a row.”

Indeed, the three-time All-Star has shot above 70% in the charity stripe except for his rookie year. He is not worried about it, and the Bucks aren’t worried about it. However, Giannis’ supporting cast should do more lifting in terms of the offensive workload. The departure of combo guard Malcolm Brogdon has certainly left a hole in the scoring. If they want to remain at the top of the East this year, Khris Middleton, Eric Bledsoe and the rest of the squad should perform better than they had in these first seven games.

The Mavericks were poised to be great, but almost nobody predicted that they will be this good at the early part of the year. They are off to a 4-2 start, highlighted by an excellent team win against Nikola Jokic and the Denver Nuggets. They could have easily went undefeated right now, but an overturned call at the end of their two-point loss at the hands of the Blazers and a Lakers sharpshooter Danny Green triple to force overtime cost them two wins. Still, there’s no denying that the Mavericks are a special team to watch and it all starts with the fine play of Luka Doncic.

Among the first three names in this list, Luka is the one closest to a triple-double average. During that painful overtime loss against LeBron and the Lakers, the sophomore playmaker carried an all-around stat line of 31 points, 13 rebounds and 15 assists. He went toe to toe with James, but the Mavericks faded away in overtime. Kevin Love, James’ former teammate in Cleveland, told Cleveland.com’s Chris Fedor that Doncic is the future of the NBA.

“I really think he’s the future of this league.

He’s unbelievable. Last year, I was extremely impressed with his game. He has taken it to a whole new level. In that fourth quarter, we were by our bench and they were shooting and I looked up at the score and saw his stats and I thought, ‘Man, that’s  the most quiet 29, 15 and 14 I’ve ever seen in my life.’”

Most importantly, he has quickly established a tremendous working relationship with new Dallas star big man Kristaps Porzingis. They are currently fifth in the West standings, although their 4-2 record doesn’t give judgement to how good they have been performing. We’re predicting Luka to eventually eclipse the triple-double average this season, making this MVP race probably one of the closest there has been in recent years.

Kawhi Leonard just keeps on improving. He is posting a career-high of 29.3 points this season, while also being aggressive on the boards and on the defensive end. But Kawhi’s greatest improvement is his playmaking. He is posting 5.7 assists for the Clippers, another career-high for the two-time Finals MVP. Kawhi occasionally showed that kind of passing last season for the Raptors, but he has become the primary playmaker for the Clippers so far.

Clippers head coach Doc Rivers has been taking notice of Kawhi’s much-improved passing ability since last year’s playoffs. He emphasized that Leonard has focused on that facet of his game during the offseason, per Colin Ward-Henninger of CBS Sports.

"What he's doing with us is even another level. So you can tell that is something that he's focused on over the summer -- to be a better playmaker. His passing ability is unbelievable."

With so many outstanding scorers around him, Leonard is doing the right thing of sharing the wealth. Superstar forward Paul George isn’t even in the picture yet as he is still recovering from a shoulder surgery he went through in the summer. It remains to be seen how George will mesh with his new team, but it’s safe to say that Kawhi is the squad’s undisputed leader on almost every statistical department there is.