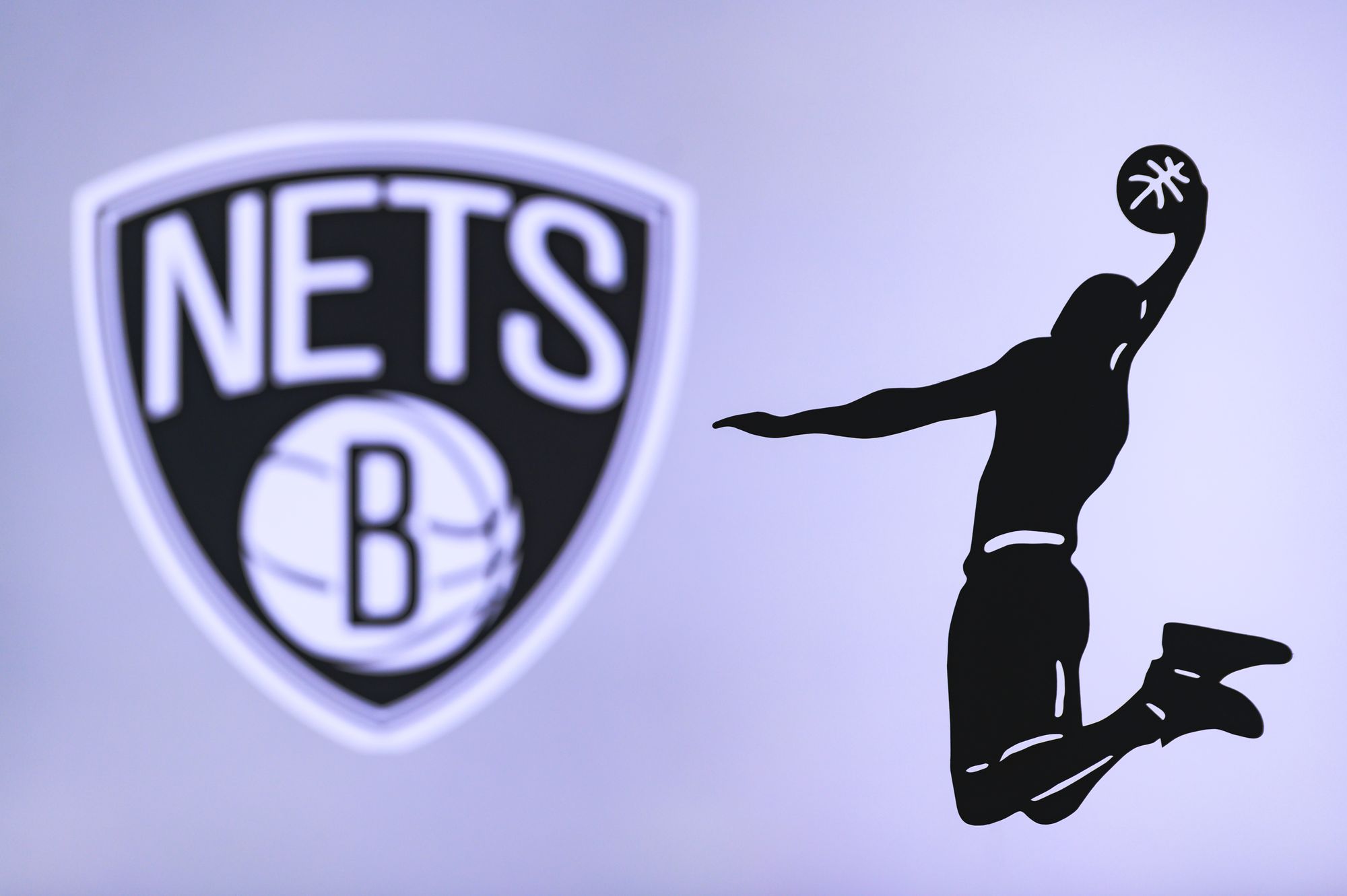 Given the way the 2021/22 NBA season turned out for the Brooklyn Nets, surely the only way is up for the organization? Right?

Indeed, the Nets had a team that looked as though it were NBA Championship winners right from the off on paper, with the likes of James Harden, Kyrie Irving, and Kevin Durant all on the roster. However, the franchise ultimately turned into a super flop.

What happened to the Brooklyn Nets last season?

What did not happen to the Brooklyn Nets last season?! There was a lot that had happened over the course of the season that had made things rather difficult for the Nets, despite the fact that they had a fast start and looked like winners from the beginning.

We had the saga that involved Irving and his refusal to get vaccinated, thus making him ineligible to play in home games, as the state of New York required for him to have it in order to participate. This meant that he was only available for half of the season, thus subsequently becoming a huge miss for the organization at key stages of the campaign.

His absence particularly came even more evident when Durant found himself sidelined for a couple of months with an MCL injury. The injury came at a crucial point in the season for Steve Nash’s team, but with the workload and the pressure put on the experienced veteran, it all seemed to pile on a little too heavy and caused KD to go down hurt.

To highlight how significant his loss to the organization was, the Nets went from being top of the Eastern Conference to a play-in spot; a position where they would ultimately end the season before being trounced and white-washed by the Boston Celtics in the First Round of the NBA playoffs 4-0 to cap off a disastrous campaign.

We have not even mentioned the fact that they had trouble with Harden, yet. The experienced player is known for his tantrums and his desire to move when he is not happy, so it is perhaps far from a surprise to have seen him experience another one during his time in Brooklyn.

He was unhappy for a variety of different reasons and his subsequent trade to the Philadelphia 76ers clearly had an impact. The fact that the team managed to acquire Ben Simmons, as well as Andre Drummond, Seth Curry, and two future first-round picks, would have been pleasing, but this did not come without its issues, either.

Simmons failed to play a single minute for the Nets following the trade as he continued to suffer from a number of injury setbacks. Indeed, what could go wrong for the Nets did, and they had devastating consequences.

Is the 2022/23 NBA season a year of optimism for the Brooklyn Nets?

However, with another season on the cards, can there be an element of optimism around the Brooklyn Nets regarding a successful 2022/23 campaign?

On the surface, there will be a lot to be excited about, with fans who reside in New Jersey who support the franchise perhaps finding plenty to be optimistic about the upcoming campaign. Indeed, a new season brings about a number of opportunities for fans and the team alike.

With sports betting growing in the Garden State, there may be some fans who will feel that there is an opportunity to enjoy a wagering experience that involves the Nets.

As NJ online sports betting odds for the next NBA season have already been released following the Golden State Warriors’ victory over the Boston Celtics in this year’s NBA Finals, there will have already been a lot of interest in what prices are already being offered.

Indeed, with fans in New York and the surrounding area largely loyal to their sports teams, it would not be a surprise if many were looking to back their home state franchise, especially as there are several reasons to get excited about.

Irving should be available for the whole season

As highlighted above, Irving played the role of a spectator for the team that he grew up idolizing and watching as a child. This was an unfortunate issue that the Nets had encountered, however, it is one that can be avoided this year.

Provided that Irving decides to stay at the team - something that has started to look a little unlikely at the moment -, and is able to stay healthy, then Brooklyn should be able to take advantage of being able to have him on the court and making a difference in each game that they play throughout the 2022/23 NBA season.

Ben Simmons being fit and healthy

If Simmons can be fit and healthy, then there is no denying that this will be an immediate boost to the Nets, as he could provide them with some much-needed defensive qualities that have been lacking. The team struggled on this side of the ball, and with the star having failed to record a single minute following his trade, he will be like a new signing that will have a point to prove; albeit helping Durant and Irving at the same time.

Let’s not forget that Joe Harris also missed a large part of the season, too, and his return could also be rather significant.

What is the outlook for 2022/23 Brooklyn Nets NBA season?

Given the reasons highlighted above, it would be easy to suggest that the outlook is rather bright in regard to the upcoming 2022/23 NBA season for the Brooklyn Nets.

As stated, everything that could go wrong for Nash’s side last season did, so they will feel that they are due some good fortune this year, while it would also seem that they have a couple of key players available to return that will immediately make the team feel rather new. However, if the rumors regarding Durant and Irving are true, then there could be trouble in paradise for the team.

Nonetheless, we know that things do not always work out as they may seem or potentially could, but there is still plenty to be optimistic and excited about.