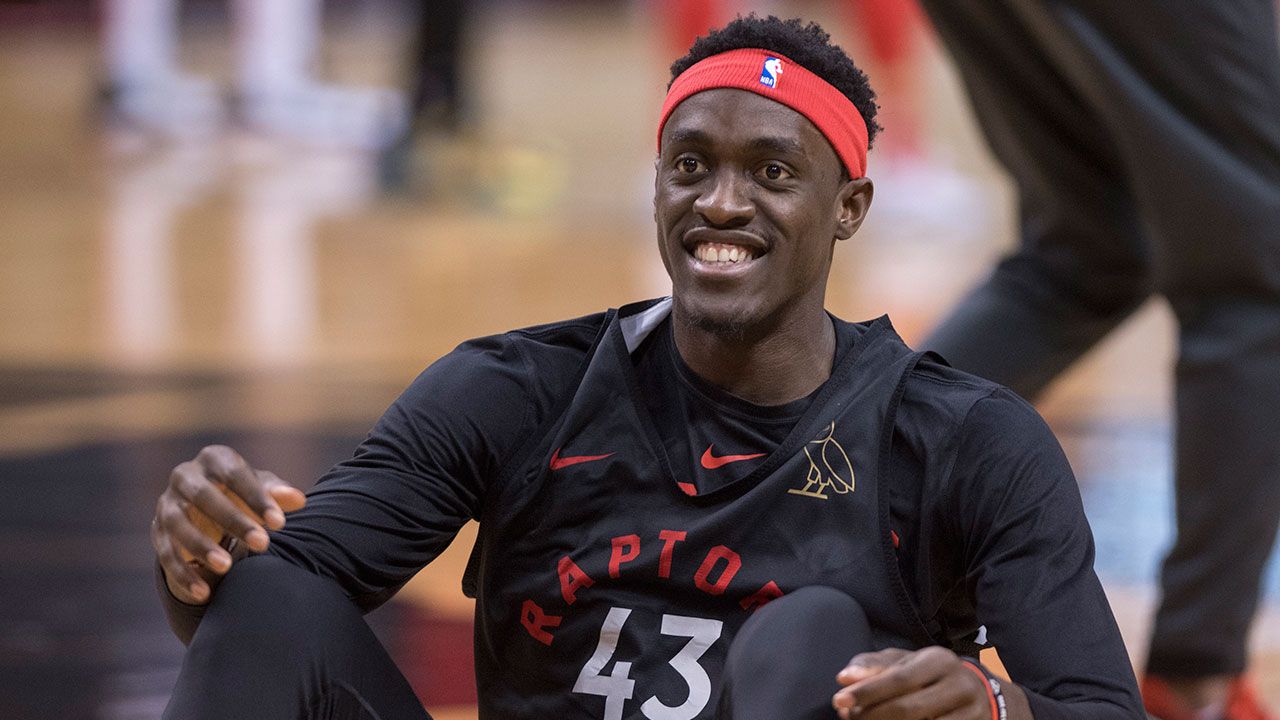 Right now, all Pascal Siakam does is to continue improving and shattering expectations, even the highest ones. The 25-year old Cameroonian forward has willingly taken the leadership mantle for the post-Kawhi Leonard Raptors, and he is doing a tremendous job on it. There is an obvious effort for him to carry a heavier burden on offense. He is putting up 20.4 field goal attempts per game, a big increase from his 11.8 average last season. His teammates are putting the ball more on his hands, indicated by his team-high 29.7 usage rate.

Most importantly, the spike in his individual production has translated to team success. The Raptors are now sporting a 10-4 record to start the year, even with key veteran players like Kyle Lowry and Serge Ibaka missing several games. Siakam has already eclipsed the 30-point mark five times this season, highlighted by a career night of 44 points and 10 rebounds during a road win against the New Orleans Pelicans.

But Siakam isn’t bent on resting on his laurels. He says that his focus is on getting hungrier for winning another championship trophy, as per Isaac Fanin of BBC Sport.

"The type of mentality we have on the team is, there's a lot of underdogs and guys  that have always been in that position.

If you ask any champion, once they get that taste of winning, they always want it   back. So for me, that's my next focus. We have a completely different team, people stepping up into new roles, and it's exciting. That is what you play for."

Indeed, the Raptors are filled with players who have been underrated for the most part of their careers. Their undisputed leader Kyle Lowry has been an under-the-radar star. Fred VanVleet, who was a key cog during their Finals series against the Golden State Warriors, is an undrafted player. Siakam, the reigning Most Improved Player of the Year, wasn’t even a lottery pick in his draft class. Yet, the 6-foot-8 has established name among the current greats of this league while staying grounded on the values and lessons that helped him thrive as a better person.

The Luka magic show in Dallas continues to impress. Only in his second year in the NBA, Doncic is taking his already-spectacular game to even greater heights. When the Mavericks won the championship in 2011 after beating the Miami Heat’s Big 3, many of us wondered how the team would look like when their long-tenured star Dirk Nowitzki decides to hang up the sneakers and retire. Well, Doncic is the one answering that million-dollar question.

We all thought that the Mavericks will be in shambles as soon as Nowitzki retires, especially with how bad they have been structuring their roster in recent years. Before Doncic arrived, they haven’t had any luck in their draft selections. Their “best” draft pick in this decade was Dennis Smith Jr, whose play has been nothing short of polarizing. He would flash his potential once in a while, but his inconsistency on both ends of the floor led him to become an expendable asset for the Mavericks. So, where’s Smith right now? He’s in the bright lights of New York, where he’s again competing for a consistent role off the bench.

Add to that the great risks they took in giving lucrative contracts to the likes of Chandler Parsons, Harrison Barnes and Wesley Matthews. Yes, they are above-average players who can get you buckets all night long. However, they are good players who can’t transition to the level of great players because of their one-dimensional skill set. On top of that, those massive contracts crippled the Mavericks’ salary book and robbed them of the opportunity to sign a top-tier player in free agency.

But a draft day trade that received an abundant number of criticisms changed the course of the Mavericks organization. They swapped draft positions with the Atlanta Hawks, leading them to select Doncic in the 2018 NBA Draft. Not only did Luka perform marvelous acts during his rookie year, but his brilliance suddenly gave the Mavericks a new cornerstone to build their team around. The young Slovenian playmaking maestro didn’t just quicken the Mavs’ rebuilding process, but he ended it. Their trade move for Kristaps Porzingis confirmed their intentions of seriously contending this season. As for Doncic? Don’t be fooled by his triple-double stat lines. Scary as it seems for other teams, he is just starting to tap to his ceiling.

"Unbelievable. But we were talking about if he can keep this up, and I was like, 'Yo, if somebody can keep this up, it's him. He plays on the ground. He's super smart. He's shooting the ball well. He's finishing really well. I see him keeping it up.

It's not hard for him to do this right now. He's not forcing crazy s---. It's just coming. That's why I think he can keep this up. He's making it look easy."

The Mavericks are currently on a stellar five-game winning streak, improving their record to 11 wins against only five defeats.

Towns has always been a multi-faceted big man who immediately put up big numbers during his rookie season. His feel for the game is impeccable, and has been fairly good on the defensive end. But for some reason, ex-Minnesota star Jimmy Butler never had it going with Towns, hinting that the young big man doesn’t have the serious drive to compete and win. There’s that vagueness in Butler’s criticism as the Timberwolves’ woes at that time were the team’s limited roster depth and the fact that they are competing in the stacked Western Conference. Heck, the Timberwolves even cracked the playoffs with Butler in 2017 before he completely disengaged himself from the whole organization.

Whether that Butler situation has been constructively taken into heart or not, we are seeing more activity and a more serious vibe from Towns. Ever since he was drafted by the team, they have looked up to him as their leader. From a statistical standpoint, there’s no question that Towns has successfully fulfilled that role. Yet, we all know that there are important basketball attributes that you can’t see on the stat sheet. The young budding big man has become more engaged in every possession, whether that be on offense or on defense. He is also more communicative with his teammates, especially on the defensive end where he has always been hit with lots of criticisms.

His work on the offensive end has also turned up a notch. Towns is having a career-high season in assists, and his shooting efficiency is just off the charts. He is making four threes a game, and is shooting it a very high rate of 45%. Towns is in the first year of his newly-signed five-year, $158 million contract. While he has drastically improved his overall play, he says that it is in the clutch moments when he’s doing the most damage, per Jon Krawczynski of The Athletic.

“I’m always going to be aggressive, especially in the fourth. That’s when I get paid to be the best. I’m going to continue to do what I can to be in spots for my teammates and obviously take those shots when they’re given to me.”

Towns and the Timberwolves are sporting an 8-8 record, but there are plenty of reasons to believe that they could further go up the ranks in the Western Conference.