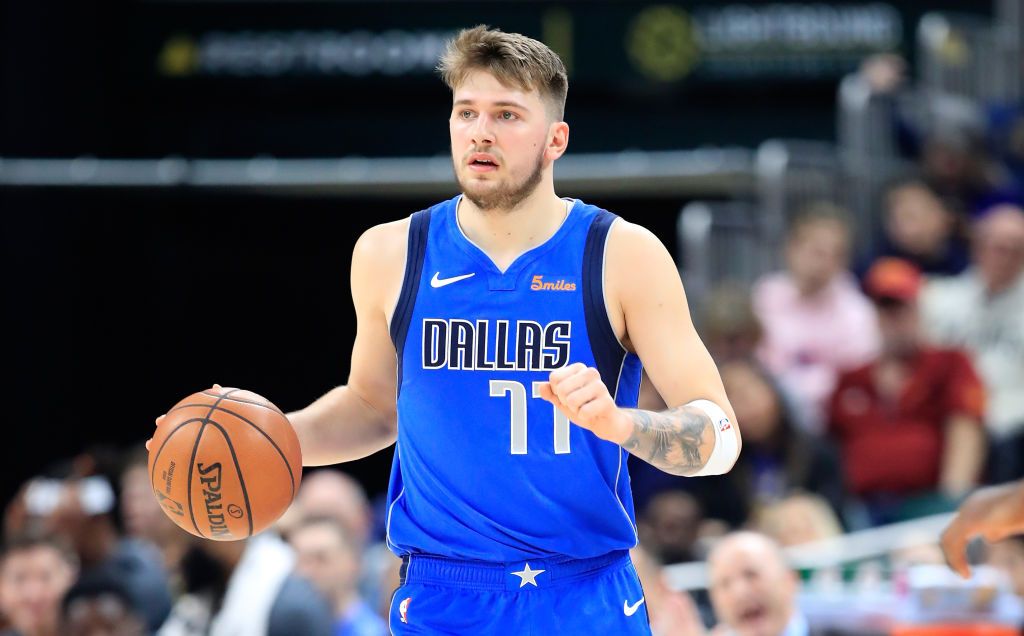 Probably the most difficult award to decide upon, this year’s race for the Most Improved Player of the Year plum has a bevy of very deserving candidates. In fact, the frontrunners can even convincingly win the award any other season. That is how close the race is, and how vastly players are improving their skill set and on-court production year after year.

These players’ work ethic, combined with how the game has transformed into a quick-paced, space-out offense, have drastically increased star players’ production on the court. It’s a shame that we only have one name to give this award to, especially with this crop of young and very talented budding stars.

Most Improved Player of the Year

Most of the time, this award goes to the player who went from being a bench player to becoming a key cog or borderline star. It’s not usual for an already-good player improve so much in one year. Why? Because he is already good! But Luka is a unique player, and his jump from star to superstar should be enough for the NBA to give him the Most Improved Player award.

The sophomore point guard upped his scoring average by more than seven points, while his playing time only increased by a single minute. Moreover, he added 2.7 dimes more to his assists average, while also increasing his rebounds per game. During an appearance on 105.3 The Fan’s K&C Masterpiece, Mavericks back-up point guard Jalen Brunson expressed his joy in seeing how Luka is constantly improving every single day.

"Watching him grow just from last year to this year has been pretty crazy. Just watching him and his work ethic and seeing where he can be down the line if he continues this is obviously in the Hall of Fame. Being able to be firsthand in watching it and being a part of it is definitely special. The kid has so much talent and so much knowledge of the game at such a young age and he can only continue to grow if he keeps this up.

This kid has the full package and he’s 21. He’s showing great things at his age. The one thing he can get better at is consistency. If he gets more consistent, think about what he’s going to be averaging then.”

As common for a primary playmaker at a very young age, the 21-year old Doncic still has to lessen his turnovers. His three-point shooting percentage has suffered mainly because he is more prone to shooting step-back triples. Consistency in terms of turnovers and shooting percentages continue to be a problem for Luka, but there’s no denying that he is already a superstar in this league.

When the Heat finally traded away disgruntled center Hassan Whiteside last summer, it was very clear that the team was inclined on promoting Adebayo to a full-time starter role. Heat head coach already hinted on that plan when he would field in Adebayo during the fourth quarter, a move that caused Whiteside to grumble about his role. While it’s true that Whiteside was still a nightly double-double machine for the Heat last season, his numbers did not exactly translate into a winning impact on both ends of the floor.

But with the 6-foot-9 Adebayo, the Heat has a more versatile frontcourt weapon not just on defense, but on offense as well. It’s not common for a center to have the two-way skills that Adebayo possess, but his improvement is indeed a product of his incredible work ethic. Meyers Leonard, who the Heat received in the Whiteside trade deal with the Portland Trail Blazers, already has plenty of positive things to say about Bam. As per Brad Botkin of CBS Sports, Leonard emphasized that Adebayo’s drastic improvement should be attributed to his hard work.

"There aren't too many players like that guy over there. He can guard one through five. There aren't many players you can really say that about. ... And now you're  seeing what he can do offensively, with the playmaking, his length, his IQ, and he wants to get better.

This is my first year here, but you hear the way the people around here talk about [Bam]. He's been that guy from day one, where you just look at him and the way he works, the way he competes, and he's just a Miami Heat player.”

Aside from the Heat’s success this season, Adebayo also notched the first All-Star selection of his career. The 22-year old center has become a playmaking big for the Heat, and has proved to be an excellent anchor on the defensive end. He still has a few kinks in his armor, like his atrocious lowly free throw percentage, a high count of turnovers, and his inability to shoot from the three-point line. All of these weaknesses are fixable for Adebayo, as long as he continues to put in the hours at the gym.

Another well-deserving winner of this award is Pelicans’ first-time All-Star Brandon Ingram, who has greatly improved his shooting efficiency as well as his playmaking. In his first season in New Orleans, the lanky star has embraced the main man role and he thrived in it. Most importantly, Ingram negated his weakness in the free throw line, improving to a stellar 86% clip from only logging in 68% with the Los Angeles Lakers last season.

As per the Elias Sports Bureau, Ingram’s 18.3 percent increase in his free throw efficiency has been a historic stat. (h/t Jim Eichenhofer of NBA.com)

“Whether it’s the result of spending countless hours in the gym, or better       concentration that can come with maturity, it’s not uncommon for pros to make  strides in the category. With that said, what New Orleans All-Star forward Brandon Ingram was accomplishing prior to the 2019-20 season being halted was nearly unprecedented. By drastically increasing his percentage to 85.8 in his debut campaign with the Pelicans – up from just 67.5 in the previous season with the Lakers – Ingram was on pace for the third-biggest single-season improvement of all    time, according to the Elias Sports Bureau.

Based on players who’ve attempted at least 250 free throws in both seasons, only Doc Rivers in 1985-86 and Andre Drummond in 2016-17 have made bigger leaps than the 18.3 percent jump Ingram has made after coming to the Crescent City.”

Amazingly, his three-point shooting didn’t dip either. Despite adding more volume to his total attempts (from 1.8 to 6.3), Ingram has been shooting the three-ball at an efficient rate of 39%. But it was Ingram’s effort on the defensive end that earned him his first All-Star appearance. He has formed quite a formidable defensive triumvirate on the perimeter with Lonzo Ball and Jrue Holiday. If Zion Williamson develops more intelligent instincts on defense, the Pelicans should be a very good defensive team next season.

Arguably the most surprisingly good player in this list, Graham has been a positive light for an otherwise disappointing year for the Hornets. Even the Hornets front office didn’t expect this, especially when they signed Terry Rozier to a multi-year deal to install him as the team’s point guard of the future.

But Graham’s drastic improvement now has the Hornets management thinking of trading away Rozier. There were reports that before the February trade deadline, they offered Rozier and Malik Monk to the New York Knicks for the services of Julius Randle. Nothing concrete materialized out of the negotiations, but it is now safe to say that Graham has become the cornerstone of the Hornets’ backcourt line-up.