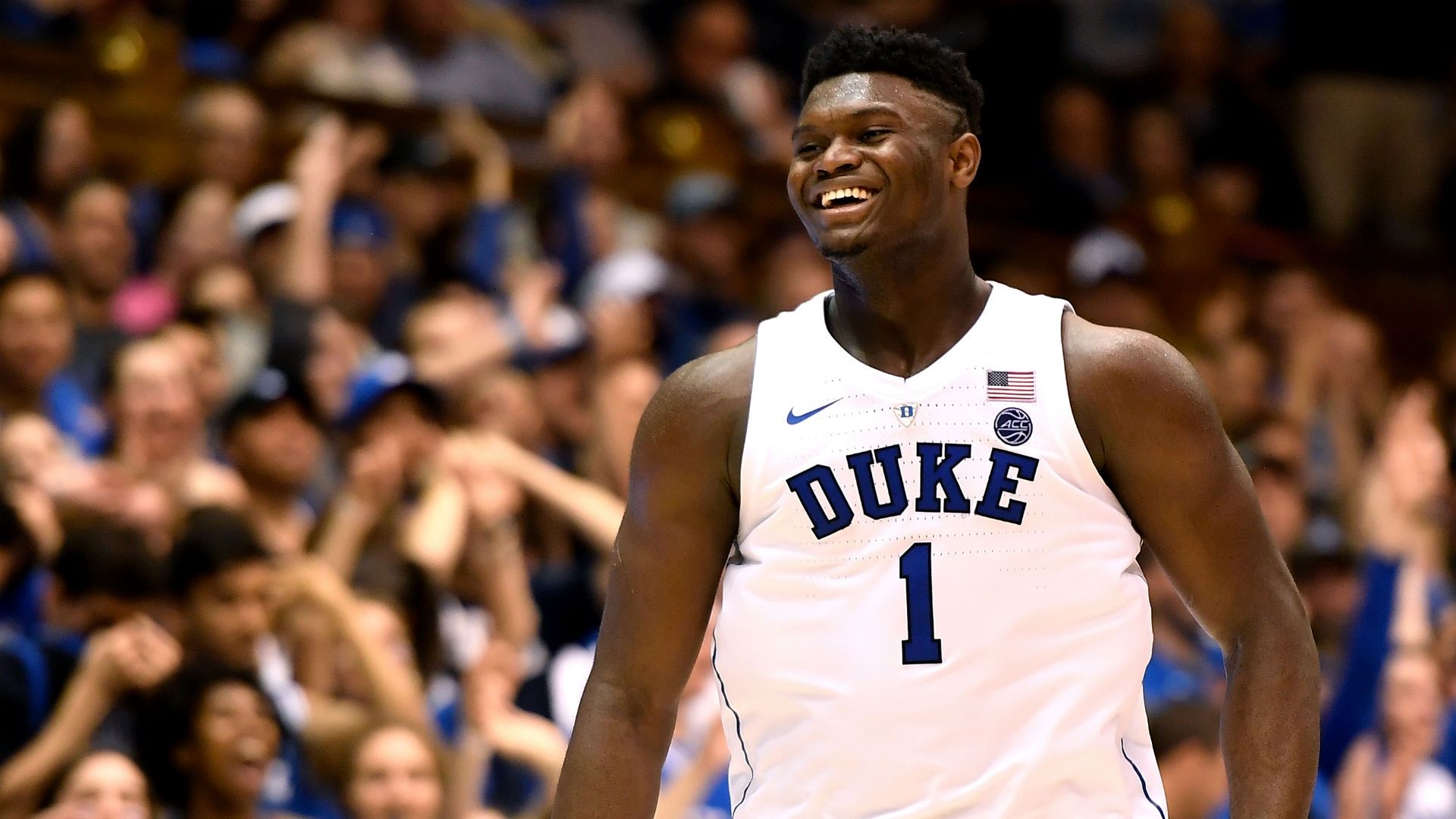 Even if we hypothetically remove the Pelicans’ other selections save for their top overall pick, they would still be the undisputed winners of this year’s draft. With Anthony Davis, the face of their franchise, on his way to the bright lights of Los Angeles, they brought in another transcendent potential superstar in Williamson. There’s no doubt that Zion will immediately make an impact in this league, especially given the fact that his physical attributes and unique skill set are a perfect fit for today’s fast-paced game. He has the potential to be a defensive anchor like Draymond Green of the Golden State Warriors, while also having the offensive skills to be a scoring point forward like the four-time MVP LeBron James.

Furthermore, Zion’s ability to run with the best of them and finish around and over the rim will blend well with Pelicans’ excellent playmakers Lonzo Ball and Jrue Holiday. Williamson doesn’t have a go-to-move just yet, but that’s where shot creators Holiday and Brandon Ingram enter the picture.

On top of that, the Pelicans also drafted a couple more intriguing rookies that will fill their need on both ends of the floor. Even with the incredible talent that they already have in the roster, New Orleans still doesn’t have a defensive big man to defend the likes of Philadelphia 76ers’ Joel Embiid or even Anthony Davis for that matter. That’s the reason behind the Pelicans’ decision to use their 8th pick (which they got from trading their 4thpick to the Atlanta Hawks) to select Jaxson Hayes, a 6-foot-10 defensive center from Texas. While Hayes’ trump card is definitely his mobility and excellent knack on the defensive end, NBA.com’s Chris Dorth mentioned in his scouting report that Hayes also showed shades of being a tremendous finisher on the offensive end.

“Filled his role as well as any player in the country last season offensively finishing as the 3rd most efficient scoring role player in college basketball.  Served as a complementary scorer in Shaka Smart’s ball screen-heavy system but thrived using his physical tools and coordination to finish with tremendous consistency off rolls, lobs, dump passes, put backs, and rim runs.  Even showed some touch making basic moves in the post.”

Hayes’ would give the Pelicans an above-average rim protector while also scoring on occasional transition dunks and off-drop-passes opportunities opened up by the slashing skills of the team’s bevy of outstanding perimeter players. Additionally, the Pelicans also drafted Alexander-Walker, Clippers’ guard Shai Gilgeous-Alexander’s cousin. Alexander-Walker is one of the excellent shooters in this year’s draft class, averaging a 39% clip from beyond the arc during his freshman stint with Virginia Tech, and making 37% of his three-point shots during his sophomore season. Josh Hart, a defensively-gifted guard that the Pelicans also acquired from the Lakers, doesn’t have the perimeter marksmanship just yet so Alexander-Walker could easily mesh well with Hart on the Pelicans’ second unit.

Although Trae Young has been phenomenal last season, I still think that Dallas Mavericks’ Luka Doncic, the rookie that the Hawks could have selected if they didn’t exchanged picks with the Mavs, packs more potential than Young. But the Hawks didn’t make a mistake this time around, moving up the draft to take Hunter with the 4th pick (from the Pelicans) and then added a talented sharpshooter in Reddish with the 10th selection.

By adding Hunter to the fold, the Hawks have cancelled out the role vacated by swingman Taurean Prince, who they have recently traded to the Brooklyn Nets. Hunter has the upside to become a two-way star in the NBA, and his 6-foot-8, 225-pound physical built is already a perfect fit in the league. With his mobility and 7-foot-2 wingspan, Hunter can defend positions 1-5, a skill widely sough-after among perimeter players. But Hunter can also do a lot of damage on the offensive end, per Synergy Stats.

“Played a unique role within Tony Bennett’s methodical offense spending time setting screens and running off them while also given the green light to exploit mismatches one-on-one.  Scored with almost comprehensive efficiency in a complementary role making shots at a strong rate from the perimeter, scoring opportunistically moving without the ball, and even proved effective creating for himself from the mid-post.”

With Young and combo big man John Collins doing most of the heavy-lifting on offense, Hunter could come in and fulfill the role of a defensive stopper, while also contributing with scoring spurts on offense. But the Hawks knew that Hunter would have offensive limitations during his rookie year, a reason why they were very high on the scoring capabilities of Reddish, who they selected with their second pick.

Entering his college season, Reddish was a Top 5 draft prospect just behind Zion and R.J. Barrett. But teaming up with an all-around talent like Zion and an alpha dog like Barrett has diminished his opportunities to shine. Yet, the upside of Reddish is intriguing as he packs a very fluid shooting form, and displayed quite an array of excellent shot creating. At 6-foot-8, Reddish has the size to shoot over the top of defenders while also putting himself in position to cover bases on the defensive end.

There were rumors that the Cavaliers have actually put their 5th overall pick to the trading block, but failed in netting great returns in negotiations. As they were on the clock to draft a talent, many of us expected that the Cavaliers will select a capable swingman or a versatile big man to pair with young budding point guard Collin Sexton. Texas Tech’s Jarrett Culver was still on the board, as well as Duke University’s Cameron Reddish, France’s Sekou Doumbouya and Gonzaga’s Rui Hachimura. But the Cavaliers came out with the first surprise of the night, picking Vanderbilt’s Darius Garland, another ball-heavy point guard to add to the roster.

While Garland is indeed the best talent available with the 5th selection, it could also hamper Sexton’s progress as the starting point guard of the team. Both Garland and Sexton need the ball to be more effective, and benching one in favor of starting the other could just create conflicts and even slow down their development.

Furthermore, both are 6-foot-2 guards so playing them together could produce instant mismatches on defense. Sexton is a great defender, but his excellence on that end focuses on hounding the opposing team’s point guard right upon the inbound, not on guarding multiple positions. Garland is just listed as a 174-pounder, so you can’t expect him to effectively heavier and taller guards and forwards.

While their second pick, Belmont’s Dylan Windler is a good offensive player and a capable rebounder in the small forward position, his upside is not as high as the other players in the draft. However, the opposite can be said about their Kevin Porter Jr of USC, their 30th pick. Projected as a lottery pick, Porter dropped drastically to the last pick of the first round mainly due to speculations that he may not have the right attitude and conduct to become a consistent star in the NBA.

Still, his potential is intriguing as he was even likened to Houston Rockets’ superstar James Harden. Here’s an analysis of Porter’s offensive skill set, per Synergy Stats.

“May have provided some highlight reel material with his athleticism in transition and attacking the rim, but did much of his damage as a jump shooter in the zone-heavy Pac-12.  Showed some ability as a floor spacer, but regularly created his own shot off the dribble - flashing intriguing creativity with the ball in his hands.  Figured prominently into USC’s offense when he was on the floor.”

The Cavaliers should hope that their experiment in drafting Porter would work for the better. Otherwise, this year would be an addition to the Cavaliers’ failures in recent years.