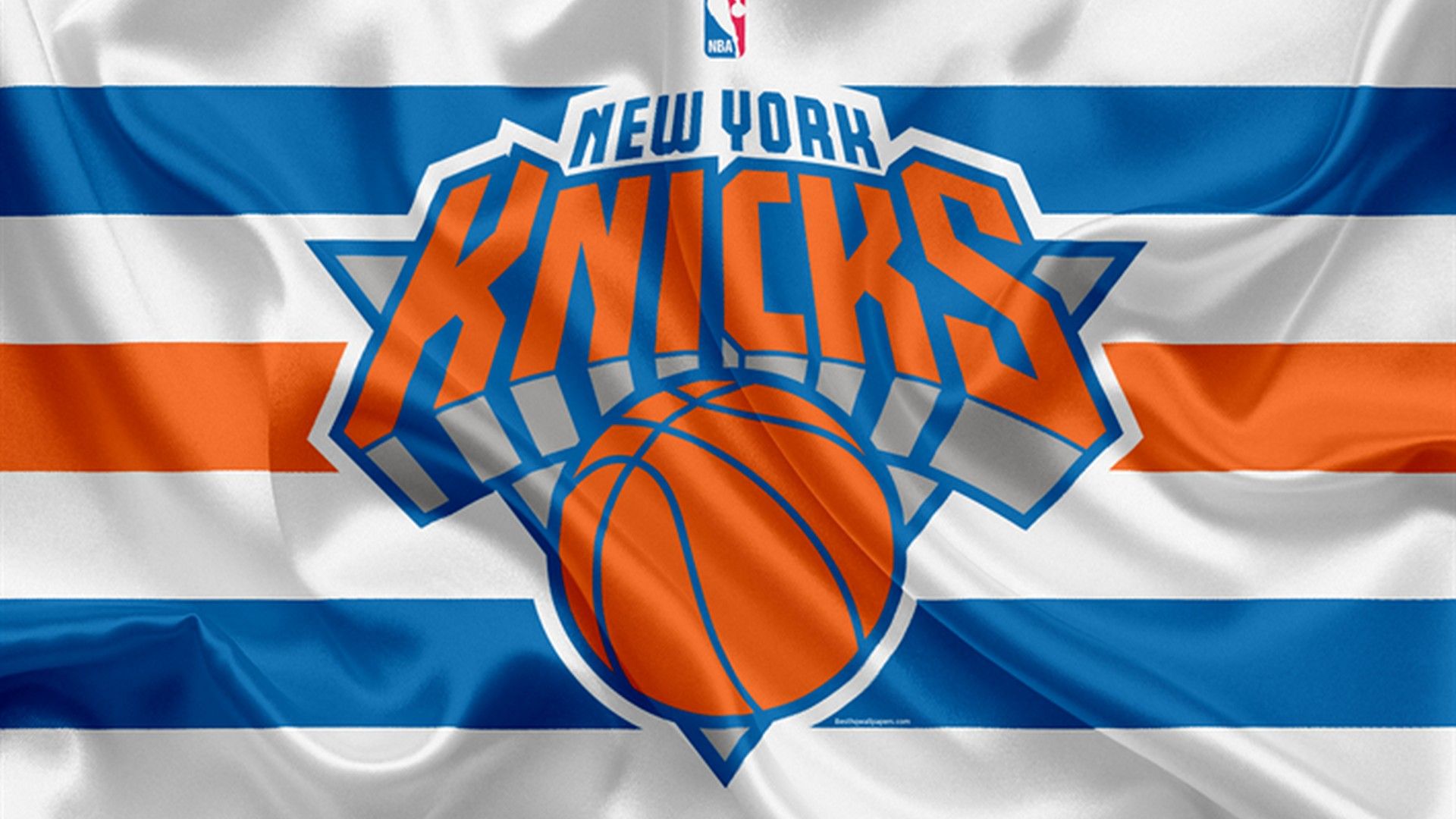 2019 NBA Offseason Losers: What Are The Knicks Planning To Do With All These Veterans?

No matter what happens to the New York Knicks this upcoming season, it’s safe to say that this is not the successful offseason that they envisioned when they traded young star big man Kristaps Porzingis for ultimately, cap space. Two of the quality players involved in that deal – defensive center DeAndre Jordan and sharpshooter Wesley Matthews – went on to new teams this summer. Only the high-leaping point guard Dennis Smith Jr remained with the squad, and we aren’t even sure if the Knicks are prioritizing Smith’s development right now.

Then in an unfortunate twist of the plot, the Knicks, the team with the highest odds to land the top pick in the 2019 NBA Draft, dropped to the third pick and lost their opportunity to select Zion Williamson. Zion isn’t just an oozing talent that could be the franchise’s cornerstone for the future, but he could also be the gravitating force that would attract stars to come play for New York. Instead, the Knicks were forced to take the best talent with their third pick and selected Zion’s Duke teammate, R.J. Barrett. Barrett, the lefty combo guard who led Canada to big upset of Team USA during the 2017 U19 championship game, is an aggressive shot creator who also has the ability to involve his teammates on offense. He stands at 6-foot-7, a great size for a shooting guard, and has the ball-handling and mobility to be a point guard for the Knicks.

Of course, that is not to say that Barrett should be tasked with all the weight of the franchise. It’s too early for that. The 19-year old should earn it first, and he could only do that by putting in the proper body of work to become a fully-fledged NBA star. Even Barrett knows that. During his introductory press conference with the Knicks, this is what he answered to the media when asked if he is ready to carry the spiralling franchise.

"Carry? I wouldn't say carry -- I'd say it's gonna be a great group of guys that are gonna be together. We're all excited to play for coach Fizdale, this is the biggest stage.  So yeah, I'm excited to be here. I'm excited to play. But I haven't even played a game  yet, so how are you gonna ask me a question like that?"

Still, Barrett has the alpha dog mentality. It’s only a matter of time before he completely takes over the team.

Then the bad became worse in free agency. With all the cap space that they have, the Knicks were primed to be a destination for the superstars available in the 2019 stacked FA class. After all, New York has so much basketball history and the rich market of playing in the city should already be an excellent pitch in itself. Well, that was not the case right now. Slowly but surely, superstar names like Kyrie Irving, Kevin Durant, Kemba Walker and Jimmy Butler among many others went on to sign with other contending teams.

With all the top-tier stars already crossed out of the board, the Knicks then went on to another course of plans. First, they signed a young budding star in Julius Randle. Randle may still be unproven in terms of winning, but he has been putting up borderline star numbers the past couple of seasons. The team also signed another young power forward in Bobby Portis. People may say that Portis and Randle will eventually steal playing time from one another. However, Randle’s inside game and Portis’ marksmanship from the perimeter could also tell us that they can co-exist on the court at the same time.

Then the Knicks front office would surprise us all. They signed a bevy of veterans to fill out their roster. New York would stack their forward position with vet defensive anchor Taj Gibson and stretch big man Marcus Morris. They also added depth on their backcourt with the acquisitions of Reggie Bullock and Wayne Ellington, while also bagging playmaker Elfrid Payton. This was a puzzling set of moves, considering that these veterans are here to log in minutes and could potentially take away the Knicks’ younger players’ opportunity to develop faster by playing more.

But Knicks president Steve Mills says that they have given their recourse much thought and assures the fans that the long-term benefits are their priority, per SNY’s Danny Abriano.

"I think we're asking them (the fans) to continue to be patient. We laid out a plan when Scott came on board and then David joined us, that we were gonna build this team the right way. We're going to draft well and we're gonna be diligent about how we make this team and not take any shortcuts ... we believe these two guys are part of that process."

While this is definitely not a roster built to contend for a title run, the Knicks front office did a remarkable job of rebounding from the free agency disappointment. These veterans could help start a winning culture on and off the court, something that the Knicks haven’t had in a long while. Furthermore, their contracts are only on short-term deals, giving the team enough flexibility to again chase stars in 2021 or 2022. It’s ultimately a losing effort for New York this offseason, but all is not lost in terms of their future.

The Knicks may have missed out on Zion, but at least they got a player who has a similar offensive game as him. Coming off a career season with the New Orleans Pelicans, Randle should immediately slot in as the Knicks’ primary scorer this year. He has the tools to do just that. A very aggressive inside scorer, Randle also drastically improved his three-point shooting. His 67 makes from beyond the arc last season are even higher from his total of 37 three-point hits in the first four years of his career. We can’t also forget that Randle could also dish out the ball to his teammates, having averaged 3.1 assists last season. In this age of small-ball line-ups, Randle will also play the center position for the Knicks with stretch forwards like Kevin Knox, Marcus Morris and Bobby Portis filling out the other power forward role.

More importantly, Randle believes that the Knicks could surprise a lot of teams this season. During a sit-down with SNY’s Ian Begley, Randle emphasizes that the toughness and winning attitudes that his teammates have should earn the team important wins.

"We've got dogs. We've got dudes who don't back down, who have killer mentalities. And that's what we need. Getting back to the old school. Patrick Ewing, Charles Oakley, all of those guys. Toughness. A fight breaking every night. So, we're excited about that. That's our identity of our team, not backing down from nobody."

Randle and the Knicks agreed to a three-year, $63 million contract, making him the highest-paid player in the roster. Of course, with great power comes great responsibility. That was exactly the main pitch of the Knicks to Randle: for him to become the team’s go-to-guy.

"Just how they wanted to use me. Me being the leader on this team, the lead guy, and the young core that we already have. Me and (coach David Fizdale), we really thought alike. He said one of the things when he took this job was there's no better place to win, in New York. He said this is the best place in the NBA to win and I felt the same way. And I felt the same thing. When he asked me what I wanted out of this I said the exact same thing. So, we thought alike. And the opportunity for myself as a player    too, I'm excited about it.”

It will be another career season for the 6-foot-9 Randle, there’s no doubt about that. It just remains to be seen how head coach David Fizdale will utilize the supporting cast around Julius.

Gibson is still a walking double-double threat each and every night. A defensive stalwart toughened by his tenure with the Tom Thibodeau-led Chicago Bulls team, Gibson should be a leader for the Knicks on and off the court. The Knicks signed him for obvious reasons: to bring in his grit-and-grind attitude and help improve the maturity of the squad’s younger players.

Gibson also says that the team is already building up on their chemistry and commitment to winning as early as now, per Zach Braziller of the New York Post.

“We want to prove people wrong. But the message is already there: Let the work show for itself.

Everybody’s in the group chat, everybody’s talking, everybody’s getting together to work out together. The eagerness in guys [has stood out], guys are committed, guys are going to let the work show for itself.”

It should be expected that Gibson will play another off-the-bench role this season. Knicks sophomore center Mitchell Robinson may be showing a lot of potential but it’s still a mystery if he could effectively fill in a starting role for the team. That leaves Gibson as the only proven big man on both ends of the floor, and Fizdale might just have a large role for the 34-year old veteran.