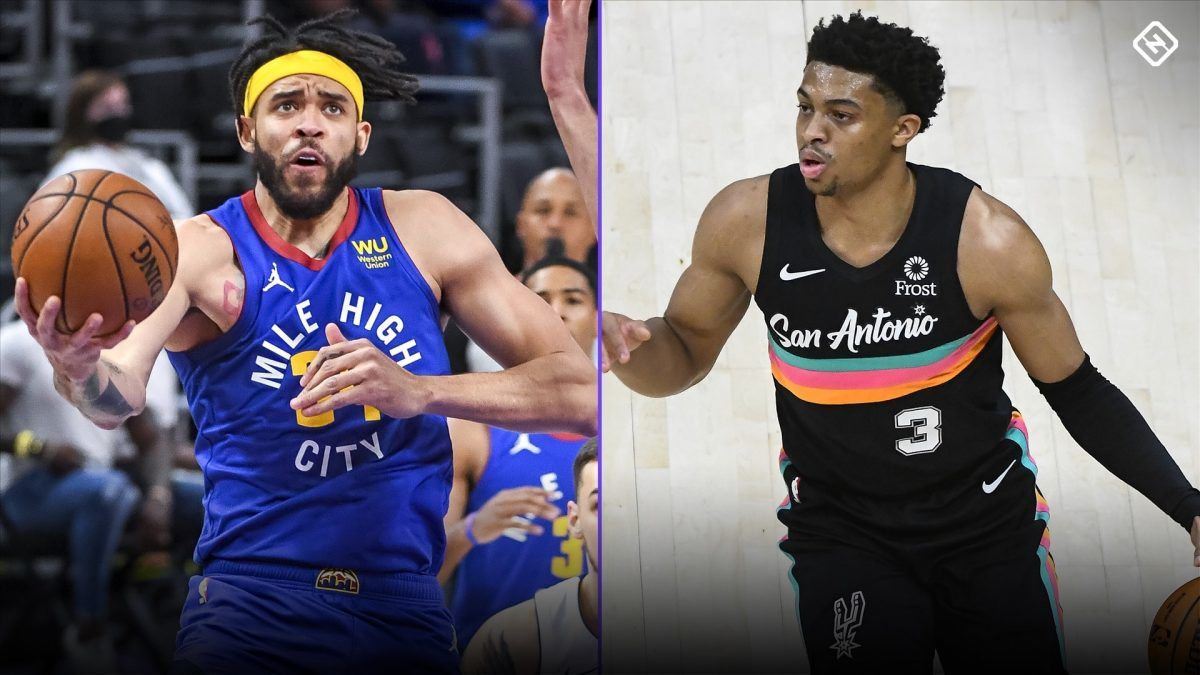 After two consecutive defeats in the exhibition games, Team USA will go through another rough patch in their 2020 Tokyo Olympics journey as both Bradley Beal and Kevin Love are now out of the roster. As per a column from the ESPN, it is being reported that Beal and Love will be replaced by San Antonio Spurs young forward Keldon Johnson and Denver Nuggets veteran big man JaVale McGee.

This is definitely a surprising turn of events, especially with the Olympic Games just around the corner. The Americans suffered two consecutive losses to Nigeria and Australia last week, prompting immediate concerns as to how this once-feared team will fare against other strong and talented national teams like France, Spain, and Slovenia. Of course, Team USA will still come in as the favorites to win the Gold Medal, but it is without a doubt that the gap is between them and the other countries are now as closer as ever.

Having said that, it is not just Love and Beal who are not suiting up for Team USA. It has become apparent that Detroit Pistons combo forward Jerami Grant has entered the health and safety protocol, and there is still the possibility that his health will prevent him from securing a roster spot and traveling with the team when they fly to Tokyo for the much awaited games. Team USA will be going up against Utah Jazz center and multiple-time Defensive Player of the Year Rudy Gobert and the French team in their first official game slated on July 25.

The ESPN report mentioned that Johnson, a player of current Team USA head coach Gregg Popovich, has been active in the camp playing for the USA Select team. His two-way skill set and overall versatility indeed caught the eye of a lot of people within the Team USA organization.

Cleveland Cavaliers forward Kevin Love has withdrawn from Team USA, and Denver Nuggets center JaVale McGee and San Antonio   Spurs forward Keldon Johnson have taken the open spots on the 12-man roster for the Tokyo Olympics, it was announced Friday. Love spent 10 days with Team  USA in Las Vegas preparing for the Games but will not travel to Tokyo. Love is still returning to full form from a right calf injury that kept him out of a  significant part of the NBA season.

Johnson has been playing with the Olympic team as a member of the USA Select team and developed into a favorite of decision-makers and staff. McGee, who had been a finalist for the Team USA roster, will report to the team in Las Vegas on Saturday, sources said. The three-time NBA champion has no Olympic experience. The additions come one day after Washington Wizards star Bradley Beal was forced to drop out of the Olympics after entering the health and safety protocol earlier this week. USA Basketball also announced late Thursday night that the men's basketball exhibition game against Australia scheduled for Friday night in Las Vegas had been canceled "out of an abundance of caution."

Love, who is coming off a career-low season with the Cleveland Cavaliers, put up a stat line of 12.2 points, 7.4 rebounds, 2.5 assists and 0.6 steals per contest this season. It is without a doubt that it was a measly performance for Love this season, and that is the main reason why many people were surprised that he was included in this year’s version of Team USA.

Just like what many people expected, Love struggled during the exhibition games. He did not log in a lot of playing time, and it turned out that he was still recovering from an injury that was bothering him for some time now. It is being reported that Love is playing through a right calf injury that is hindering him from exerting full efforts and full movements.

Earlier, Love was adamant that this stint with the Team USA was his way to coming back to form. But of course, health is the first priority for these players, especially in terms of a veteran like Love who is entering the twilight stages of his career. Love may be on his way out of the rebuilding Cavaliers squad, but it is also true that he is on a crucial stage of his career. His championship window is slowly closing, and he has tons of previous history with injuries.

So it is very understandable that at this point, Love is prioritizing on fully recovering from an injury. As per Chris Fedor of cleveland.com, a source pointed out that the calf injury has been bothering Love for a while now. The source said that it is this injury that limited him to play just 25 games in the recent NBA season. Fedor also reported that Steve Spiro, a trainer for the Cavaliers, was always present during the Team USA camp in Las Vegas. It is completely obvious that Spiro was there to take watch of Love’s progress from the injury, but it was apparent that the latter was still feeling the effects of the injury.

According to a source, this is not a new injury. Love is still feeling the effects of  a lingering right calf strain that limited him to just 25 games during the 2020-21 season, where he averaged 12.2 points per game, lowest since his rookie season, to go with 7.4 rebounds. Love spoke with confidence about his health on July 6, the first day of Team USA training camp. But once the exertion picked up, Love wasn’t feeling right and concluded that he hasn’t yet gotten over the hump, with no amount of rehab or treatment available to get him to that point before the Olympics.

Cavaliers trainer Steve Spiro is one of a handful of team representatives in Las Vegas, sources say. He was there to monitor Love, making sure he was physically ready to chase a gold medal, and Darius Garland, Cleveland’s promising young point guard who was promoted to the National Team for  scrimmages but won’t be invited to the Olympics. During 10 days of  preparation -- a combination of practices, scrimmages, and exhibition games -- it became painfully obvious Love wouldn’t be able to help the Americans. He received limited action in two of the three tune-ups.

As for Beal, this is also a heartbreaking trend for him. It is without a doubt that he has earned his spot in this team. In the past three years, he has made the jump from being a good player to becoming a fully-fledged star in the NBA. He has eclipsed the 30-point average for two consecutive seasons, and he is coming off a career-best performance that saw him put up an all-around stat line of 31.3 points, 4.7 rebounds, 4.4 assists, and 1.2 steals per contest.

Beal, who has been selected to the NBA All-Star Game three times in his career, has spent his entire NBA stay with the Washington Wizards. He just turned 28 years of age last month, and it is without a doubt that he is still in the peak years of his career. Even if he misses out on the Olympics this year, there is still a huge chance that he will be given a roster spot in the next tournament.

Still, this is a huge setback not just for Beal, but for Team USA. Beal is an exceptional scorer who can also play good defense on the other end of the floor. As per a report written by Brian Windhorst of the ESPN, Beal is currently placed on COVID-19 health and safety protocol, which dims or effectively negates his chance of travelling to Tokyo with the team.

The Americans lost a player Thursday and put another in the health and safety protocol, and USA Basketball announced late Thursday night that the men's  basketball game against Australia scheduled for Friday night in Las Vegas has been canceled "out of an abundance of caution." Bradley Beal, who was placed in the protocol Wednesday, was ruled out of the Olympics on Thursday. Jerami Grant was also placed into the protocol out of caution, though coach Gregg Popovich expressed optimism that the forward would be able to remain with the team.

Friday's game was scheduled for 6 p.m. ET. The Australian team is under even stricter protocols than the Americans, which might have played a part in Friday's cancellation, sources said earlier Thursday. Team USA's final exhibition game is scheduled for Sunday against Spain, with a charter to Japan set for Monday. The U.S. women's game against Australia will be played as scheduled Friday in Las Vegas. Beal said earlier this week that playing for the Olympic team had been a dream since he was a child. Teammate Bam Adebayo said Thursday that Beal was not experiencing any symptoms. Players are being  tested daily.

It remains to be seen if Jerami Grant, who is also currently placed on safety protocols, will also miss out on the Olympic Games. If that is the case, Popovich and the rest of his coaching staff will need to tap another player to fill out the 12-man roster that will represent the United States of America in Tokyo.