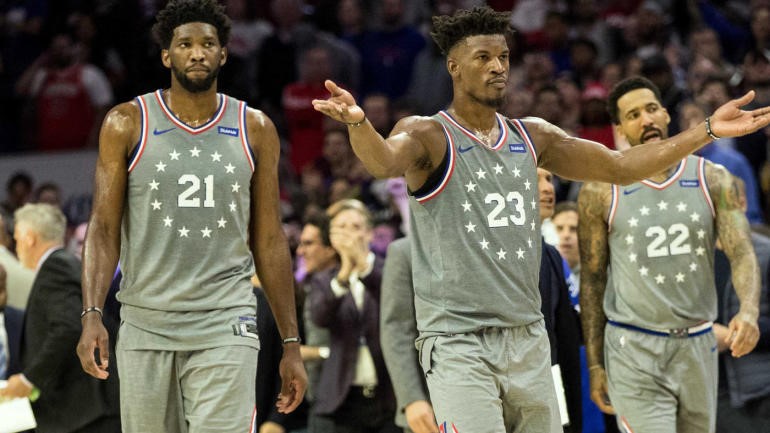 The Sixers have played 16 games with Butler. They are 11-5 overall since they made the trade. Philadelphia is 1-2 in the games where he’s not played including losses in their last two games with Butler out with a groin injury.

No question about Butler here. We’ve seen him hit a pair of game winners for the Sixers during an 8 game period. We’ve seen him deliver the numbers night in and night out. We’ve seen him lay it all on the line whenever he’s on the floor. There is no denying that the Philadelphia 76ers got premium value when they traded for Jimmy Butler. He’s an all-star, a legit go-to guy and a consummate pro.

But when you look at the Jimmy Butler trade again, the Sixers got one great player in exchange for a pair of very good players. Now you can’t put value on Butler’s star power here. While Dario Saric and Robert Covington were good, they were not star materials. But when you take a look at their game to game contributions, the Sixers lost out on that trade.

What The Sixers Are Missing 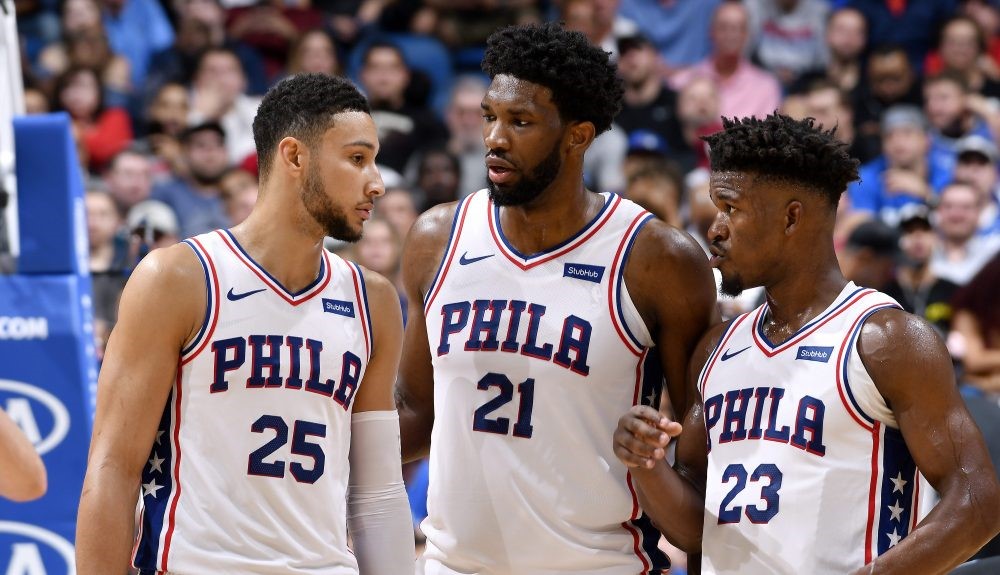 Covington and Saric average a combined 24.6 points on the season. They also contribute a total of 11.6 rebounds, 2.4 assists, 2.95 steals and 1.14 blocks per game this season. On the other hand, Jimmy Butler is averaging 20.4 points, 5.2 rebounds, 3.5 assists, 2.1 steals and 0.8 blocks per game. Do the math, the numbers of the two players are better than Butler’s. And even if you argue that the difference isn’t much at all, there is one difference that Jimmy Butler could not make up for.

The removal of Covington and Saric took away around 60 minutes of quality minutes on the floor for the Sixers. Sure, Butler can fill in half of that when healthy but as to the remaining half, coach Brett Brown has to find someone from his bench to do that. Right now, that has proved to be a challenge for Brown and the Sixers.

We won’t have to look beyond Friday’s loss to the Pacers. In that game, Joel Embiid had a monster night with 40 points and 21 rebounds. Embiid, Ben Simmons and J.J. Redick combined for 80 points but the rest of the team scored just 21 points on 8-32 shooting. Of course you can argue that Jimmy Butler missed that game and that had he played, the Sixers would have easily won that game if you plug in his averages. But that’s the point here. The Sixers are good with Butler but without him, they have lost depth. Without depth, they cannot compete with the elite teams in the league like Golden State and Boston which have very deep rotation lineups.

The lack of depth goes beyond offense. Since the Butler trade, the Sixers have had troubles defending opposing point guards. In the 16 games after the trade, 8 opposing point guards have scored at least 30 points on the Sixers. These included two games where two guards from the opposing team scored 30 or more points- Jrue Holiday and ‘Twaun Moore for the New Orleans Pelicans and D’Angelo Russell and Spencer Dinwiddie of the Brooklyn Nets. And yes, who could forget Kemba Walker who scored a historic 60 points against the Sixers this season.

Prior to the trade, the onus of defending the other team’s points guard or top scorer belonged to Robert Covington, one of the league’s best perimeter defenders. No question about Jimmy Butler’s defensive skills as he is also one of the best in the business. But again, Butler is just one body while Covington and Saric are two. Sure, Jimmy Butler is a two-way player and he can do business on both ends of the floor on the same game. But it’s different having a Covington who can just focus on defense and have an additional weapon off the bench in Dario Saric. Before the trade, the Sixers ranked 10th in the NBA in defending the pick and roll. They have fallen to 21st since then.

On Friday, the Pacers were the latest team to let Philadelphia feel the wrath of their backcourt. Sure, they don’t have point guards like Kemba, D’Angelo and Jrue but even their two headed monster of Darren Collison and Cory Joseph did enough damage to stall the Sixers. Collison and Joseph combined to score for 22 points on 9-13 shooting while also adding 14 assists while committing just two turnovers. With their guards running the show without much hassle, the Pacers ended up beating the Sixers who now have lost back to back games with Jimmy Butler out with a groin injury. 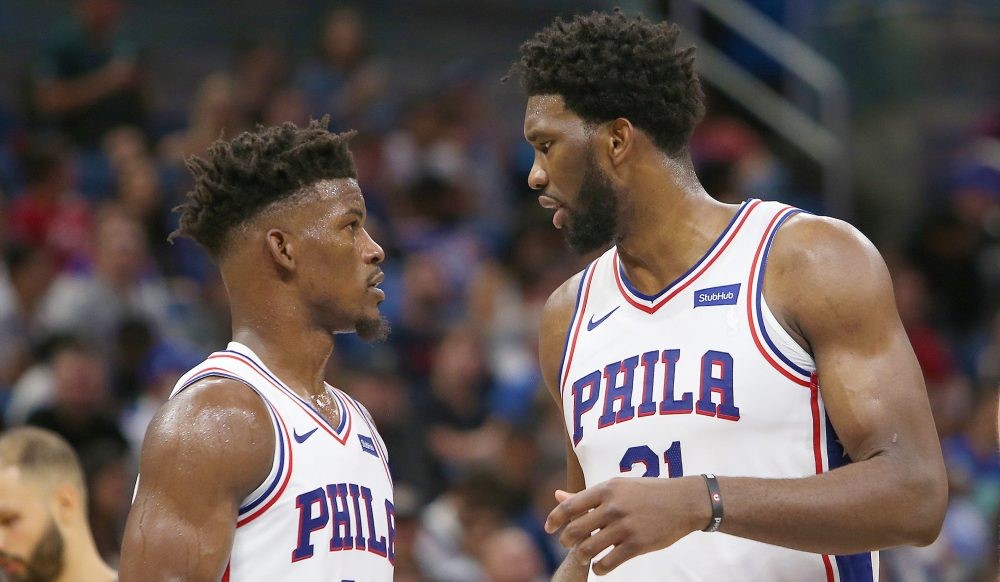 The Sixers though have ways to solve their problems. First off, they have Markelle Fultz whom they can trade for value. However, with Fultz still out with a shoulder injury, it may be difficult for the Sixers to get the optimum value in exchange for him, if at all a team wants to trade for the former #1 overall pick. Likewise, the Sixers can replicate what they did so successfully last season: acquire veteran players from the buyout market with the hopes of them contributing in the playoffs. Philly did this with Marco Belinelli and Ersan Ilyasova and for sure there will be available talents as the season progresses.

"It's still early," Embiid said. "We are still learning how to play with each other. We just have to figure out each other's tendencies, like where one likes to have the ball and likes to operate, but it's fine. It's great. We had been winning ... the last two games, they were just unfortunate.”
Unfortunate may be the wrong word because the Sixers simply have too many holes in them since getting Butler. But he’s right, it’s still early and not only does Brett Brown have to fill in those holes, he has to find a way to make the trio of Butler, Embiid and Simmons dominante when they are playing together. That trio is currently just a +7.5 points over their opponents. While that number is good, it’s not the best three man combination in Philadelphia right now. When you take Butler out of the equation and insert J.J.Redick, the trio is a +13.7 points over their opponents. Added Embiid:

"At the end of the day, it's all about winning. We all have the same goal, and it's to win the championship. That's what we are all about."

That’s what everybody in the NBA is about, really and the Sixers are no different. The acquisition of Jimmy Butler was designed to improve their chances in achieving that goal. Instead, it’s made Bret Brown’s job more difficult than just having to build on last season’s successful team. Jimmy Butler is an excellent piece to add to any team. But maybe the Sixers gave up too much to get him. Or maybe they gave up the wrong people. But that’s just a maybe. We’ll find out in the playoffs if that’s correct or not.