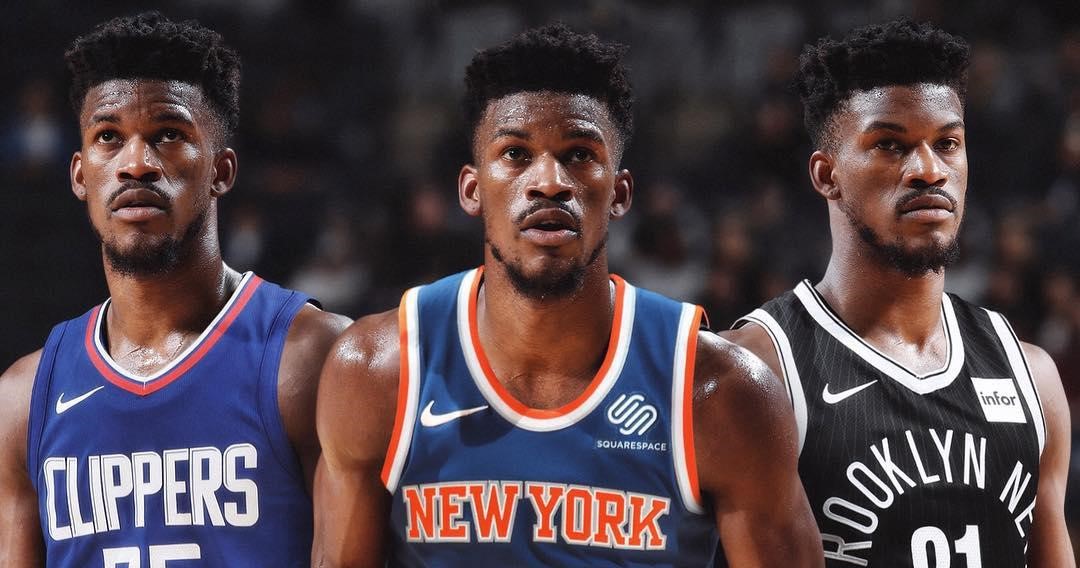 Per Adrian Wojnarowski of ESPN:

“Butler told Tom Thibodeau, Minnesota's president of basketball operations and coach, that he would like to be traded before reporting for Timberwolves media day on Monday and prefers the possibility of the Clippers -- as well as the New York Knicks, league sources said. Butler told the Timberwolves that he planned to leave the franchise in free agency next summer, sources said.

The Brooklyn Nets' ability to sign two max free agents in the summer will keep them in consideration for Butler, but he has prioritized the Clippers and Knicks over them, league sources said.

Thibodeau's initial reaction to the trade request was that he wanted to win now, and trading Butler would almost assuredly bring back a package that would diminish the Timberwolves' chances in the short term, league sources said.”

“Jimmy Butler has requested a trade from the Timberwolves, touching off a crisis for Tom Thibodeau and Minnesota less than a week before training camp starts, league sources told The Athletic.

Butler and Thibodeau met on Tuesday in Los Angeles to discuss his situation, according to multiple sources. Over the last several weeks, Butler began to seriously contemplate his future with the team and a potential trade request, league sources said. It was in that meeting that Butler expressed a desire to be traded, telling Thibodeau that he does not intend to sign a long-term extension with the Wolves next summer. He has provided a list of one to three teams with which he would be open to signing a long-term deal, sources said.

Thibodeau was initially resistant to the idea, according to sources, but Butler is determined to find a new home. The Timberwolves are scheduled to have media day on Monday and their first training camp practice on Tuesday, so the clock is ticking.”

Let’s take a look at Butler’s preferred landing spots and what they have to offer the Wolves in exchange for Butler: 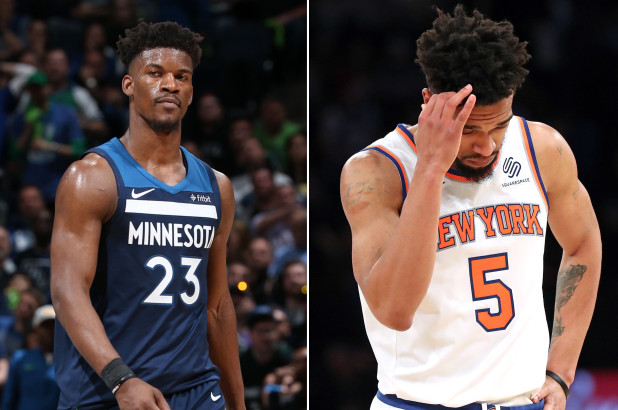 The Knicks don’t have All-Star assets to trade for Jimmy Butler but they have a couple of players that the Timberwolves might be interested in.

Knicks’ forward Tim Hardaway Jr. averaged 17.5 points, 3.0 rebounds and 2.7 assists in 54 games last season. That was easily the best season of his career. The Knicks can then add point guard Trey Burke as a sweetener to the deal. Burke averaged 12.8 points and 4.7 assists for New York last season.

Hardaway is listed as a small forward but he could easily step in for Butler in the starting rotation as Minnesota’s new shooting guard. Hardaway shot .317 from behind the three point line last season but is a career .344 from deep. As for Burke, he will be a more solid back-up for Jeff Teague than Tyus Jones is.

However, GM Steve Mills has declared that he won’t trade for assets whom they can sign in next summer’s free agency. If Mills’ stand is firm then I don’t think the Knicks are going to give up assets just to get Butler to play this season because there are indications that he might go and sign with them anyway as a free agent next summer.

It can be recalled that Butler caused a stir last month when he liked an Instagram post which suggested that he and Boston Celtics point guard Kyrie Irving would come and play for the Knicks next season. It’s not secret that Butler and Irving have long desired to play with each other and with the two of them eligible for free agency in the summer of 2019, that ambition is not a far fetched dream.

So will the Knicks trade for Butler? As of now, that doesn’t sound realistic. But maybe the Mills can learn from the Paul George story. George was heavily linked to signing with his hometown Los Angeles Lakers in free agency so the Lakers didn’t trade for him when he was made available by the Pacers. The Oklahoma City Thunder instead pulled all stops to get George. After playing with OKC for one season, George liked the franchise and signed an extension with them last summer. Later, George would say that he picked OKC over LA because the Lakers did not trade for him last season. Who knows if Butler has the same line of thinking. 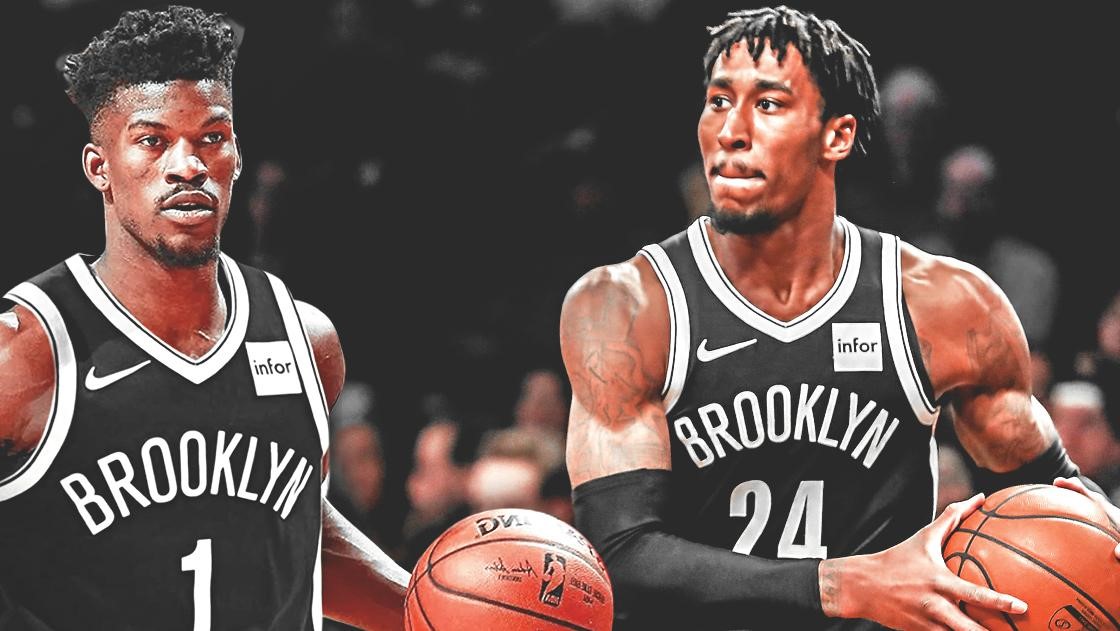 The Brooklyn Nets emerged as one of Jimmy Butler’s preferred landing spots reportedly because of Brooklyn’s ability to acquire two max free agents next summer. That idea was supposedly appealing to Butler who is said to be willing to play for the Nets this season for as long as he will be one of the max free agents they will sign next summer.

Given that the likes of Kevin Durant, Klay Thompson, Kawhi Leonard and Kyrie Irving could be available in the market, the Nets are indeed a possible destination for Butler. It’s an open secret that Butler and Irving want to play alongside each other and it was rumored last month that they could be playing for the Knicks next season. But what about the other New York team? Surely, Brooklyn will be added to Irving’s wish list if Butler goes there this season.

The Nets don’t really have assets that the Wolves would covet. But right off the bat, the name of D’Angelo Russell comes to mind. While the Wolves already have a starting point guard in Jeff Teague, Russell is younger and has more potential. Russell is also in the same developmental track as Karl Anthony Towns and Andrew Wiggins so adding Russell long term would give them a Big Three. Also, Russell is a very capable scorer and could play alongside Teague as a shooter while giving the Wolves a second playmaker.

The Nets acquired Kenneth Faried over the summer but the Manimal could be on the move as he could be one of the sweeteners in a Jimmy Butler trade. Minnesota is lean in power forwards with Taj Gibson the only listed power forward in their roster. Add Fareid to a team with Karl Anthony Towns and Gorgui Dieng and Minnesota’s frontline should be a lot tougher this season.

The third man in this trade would be Rondae Hollis Jefferson. The 23 year old forward is coming off a career season where he averaged 13.9 points and 6.8 rebounds per game. Jefferson isn’t going to replace Andrew Wiggins in the rotation but he is going to provide the Nets with depth and his ability to play on both ends is a big plus.

So would the Nets have a good shot at Butler? Well, the rumors are saying that Butler is keeping Brooklyn as an option. But he is said to be enamored with another team. 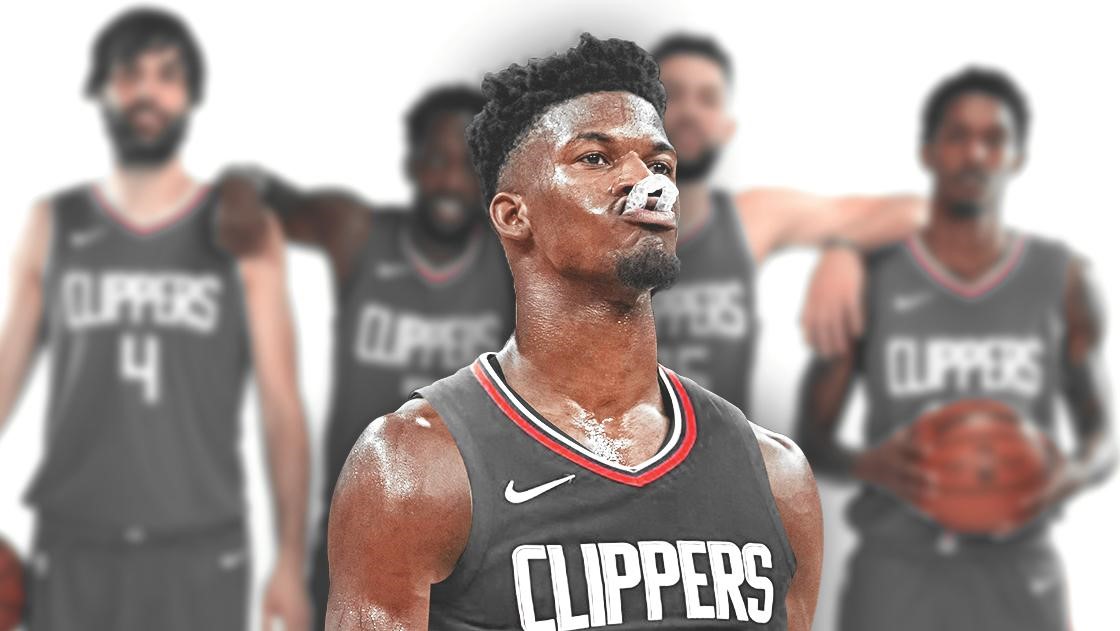 We recall that in the 2015 free agency, Butler was considering playing for the Lakers. But according to the ESPN’s Adrian Wojnarowski, the presence of LeBron James as the Lakers’ franchise player has made the team less appealing to Butler, hence he isn’t considering the Purple and Gold to be one of his preferred teams. That brings the other Los Angeles team in the picture: the Clippers.

Playing for Los Angeles which is a big market city is always ideal for NBA stars because of the potential income. With LeBron in Purple and Gold and Butler just hitting his athletic prime, playing for the Clippers would be in Jimmy Butler’s best business interest. The question is if the Clippers have trade pieces to deal for Butler?

The Clippers can dangle Lou Williams and Tobias Harris for Jimmy Butler. Williams is coming off as season where he averaged a career high 22.2 points per game while shooting .359 from behind the three point line. The former Sixth Man of the Year winner should replace Butler in the starting line-up while providing the Wolves with more firepower from their backcourt.

As for Harris, the 6-9 forward also averaged a career high 19.3 points per game while adding 6.0 rebounds, 3.1 assists and 1.0 steals per contest. While Harris plays the same position as Andrew Wiggins, Wiggins could easily slide down to shooting guard and Harris could play small forward to give Minnesota more length while not giving up scoring.

The appeal of the Clippers is their ability to add a second max free agent next summer, same with the Nets. However, it’s unclear right now whether Los Angeles is willing to make a deal for a player whom they can acquire in the 2019 free agency.