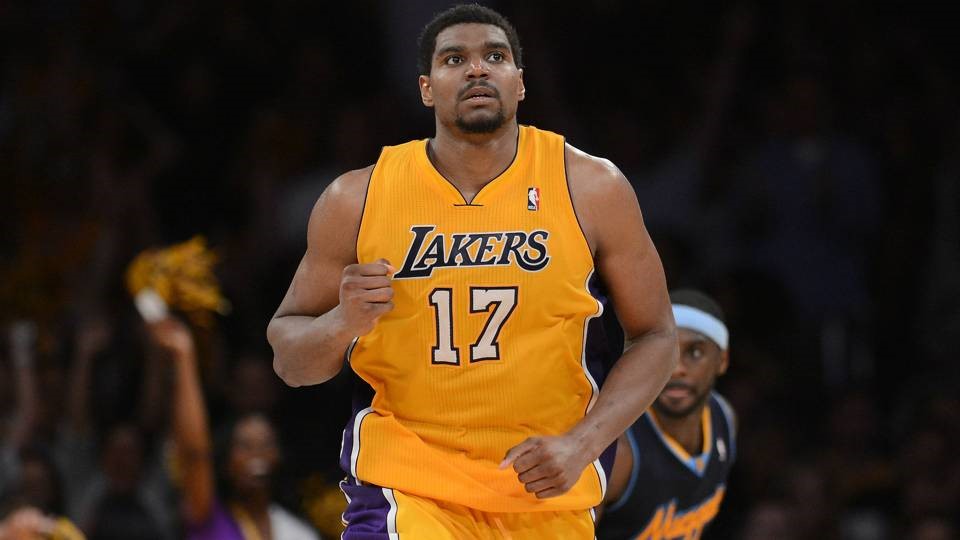 Remember Andrew Bynum? If you don’t we don’t blame you. The guy has been out of the league since 2014 and since then, a lot of players have come and go in the league and a lot more bigger things have happened.

But in case the name rings a bell, that’s because Andrew Bynum was supposed to be the next big thing in the NBA. He did have a very good career in the beginning but ultimately, Bynum’s playing years were eaten up by knee injuries. In the end, he was forced to retire in 2014. Five years later, Bynum is supposedly keen on making an NBA comeback.

Five years is such a long time to be away from the game but considering that Bynum is only 30 years old ( yes that’s not a typo ), who knows what’s going to happen. According to reports, Bynum has hired representatives and is scheduling workouts with different teams with the goal of playing in the NBA again.

There is even an Instagram video of Bynum working out and by the looks of it or at least for the duration of the video, he looks trim, fit and in good basketball condition. But as we know, internet videos are one thing, playing a full 82-game season is another. And speaking of the NBA’s 82-game regular season, Bynum played 82 games only once in his 9 NBA season and that was during his sophomore year in 2007. That alone, is a red flag already.

Before injuries stole most of his playing years, Bynum was supposed to be the next big thing when the Los Angeles Lakers drafted him with the 10th overall pick in the 2005 NBA Draft. Bynum went to the NBA straight out of high school and he became the youngest player to ever play an NBA game. Bynum was aged 18 years and 6 days when he made his NBA debut.

Starring For The Lakers

By his sophomore season, Bynum became a starter for the Lakers. His second year in the NBA was also his healthiest as he played all 82 regular season games and started 52 of them. Bynum only posted averages of 7.8 points, 5.9 rebounds and 1.6 blocks per game that season, but he showed plenty of promise that he would become the next great big man in Los Angeles after Shaquille O’Neal left.

Bynum helped Kobe Bryant and the Lakers win back to back NBA titles in 2009 and 2010. In 2012, he had his best season, averaging 18.7 points, 11.8 rebounds and 1.9 blocks per game. He was named an All-Star that year and also made the All-NBA 2nd team that same season. Bynum is one of only five players from the lead 2005 NBA draft class have played on an All-Star team. The others are Chris Paul, Danny Granger, David Lee and Deron Williams

The following season though, Bynum was traded by the Lakers to the Philadelphia 76ers in a four-team deal that brought Dwight Howard to Los Angeles. But Bynum never played for the Sixers as lingering knee problems prevented him from doing so. He became a free agent at the end of the 2013 season and ended up signing with the Cleveland Cavaliers.

Bynum became a problem for the Cavs and he was suspended by the team for “conduct detrimental to the team”. The Cavs would later trade him to the Chicago Bulls for Luol Deng. Chicago immediately waived him and Bynum finished the season playing two games for the Indiana Pacers before being shut down for more knee issues. That was the last we saw or heard of Andrew Bynum, until now.

Does He Has A Chance?

It’s crazy to think that after all that he has gone through, Bynum is only 30 years old. No question that when he was healthy, Bynum was a force to be reckoned with inside the paint. Bynum was a traditional big man. He rebounded well and blocked shots on defense while providing excellent scoring. Bynum had great post moves, could score in the lane and finish with authority. He had a decent mid range shot too.

But talent was never an issue with Bynum. Attitude and injuries were. Bynum was never really a problem in Los Angeles. It was in Cleveland where he had attitude problems but maybe it was more about the team and his immaturity. As for injuries, Bynum has had several surgeries on his knees and while we’ve seen player likes Derrick Rose being able to return from multiple knee injuries, Bynum won’t be the same if he is given another NBA chance.

What’s interesting about the Andrew Bynum situation is that the Los Angeles Lakers still have an open roster spot. Although GM Rob Pelinka said that they are keeping it open for flexibility, Pelinka made that statement before Bynum resurfaced. No, we’re not insinuating that Los Angeles may be interested in Bynum and we’re not even sure if Los Angeles is one of the team that he is asking to work out with. But the fact that the Lakers are short on the center position and are fond of signing one-year deals for the upcoming season, who knows if they want to take a chance on Bynum.

The center position has evolved so much since Bynum left the league. We now have big men who can shoot the three ball, those who can be playmakers and those who can handle the ball like a guard. But in a league where height is still might, there may still be an open roster spot for Andrew Bynum if he is indeed healthy to play again.