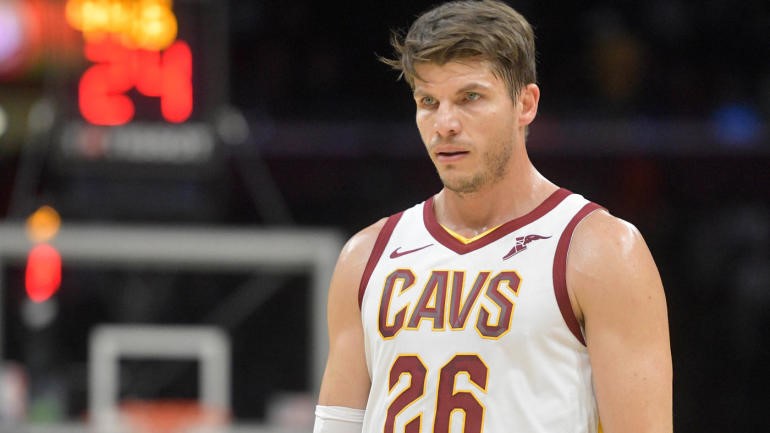 Cavs Do Kyle Korver A Favor By Trading Him To Utah

Cleveland lost LeBron James last summer and with him gone, practically every chance they had of reaching the playoffs. James had led the Cavs to four straight NBA championship appearances since his return in 2015 with the Cavs winning their first and so far only NBA title in franchise history. But with the King deciding to relocate his kingdom to the City of Angels, the Cavs were once again left in shambles.

Kevin Love, the other All-Star in the team, suffered a toe injury that required surgery. Love has played just 4 games this season and is expected to be out until the start of the new year at the very least. Without Love, the Cavs’ chances to survive in a much improved Eastern Conference even became smaller. And mainly, the loss of their two All-Star players from last season is the cause of their 4-17 start.

While the Cavs have accepted their fate and have played just for the sake of playing, the veteran players on their team wanted out. J.R. Smith voiced out his frustrations about the Cavs’ tanking. He has been “removed” from the team and sent home packing while awaiting final verdict. Now it’s Korver who’s out as we’re seeing the pieces of the Cavs’ 2016 title seem slowly going away one by one.

On Wednesday, the Cavaliers traded Korver to the Utah Jazz for Alec Burks and two future second round picks. The 2nd round picks are Utah’s 2022 pick and the 2021 pick acquired by the Jazz from the Washington Wizards. Burks is averaging 8.4 points per game in 15 minutes of playing time for the Jazz. The 27 year old is on an expiring $11.53 deal and has a lot of value heading to the February 2019 trade deadline. As for the draft picks, Cleveland is obviously in acquisition mode right now and may be shopping other players on the roster, Smith included, to signal the start of their rebuild. 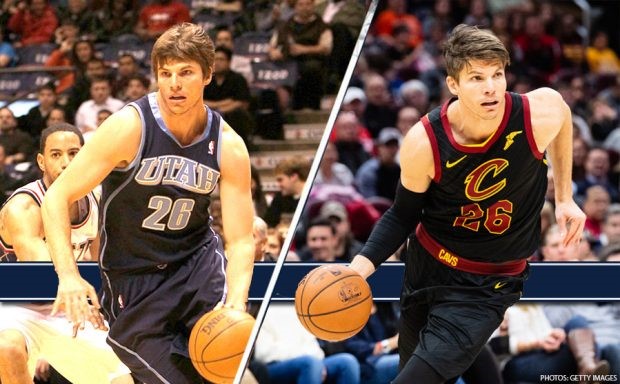 Korver was the first ever player signed by Koby Altman when he became General Manager of the Cavs. Altman inked Korver to a three year deal worth $22M in July 2017. However, according to sources, the deal came with an understanding that if LeBron James chose to leave Cleveland, Korver would either be traded to another team or bought out of his contract so he could move his family to a new team during the summer. So when James left Cleveland a second time last July 1, Korver asked Altman to do his part of the handshake agreement. Altman in turn, tried to find the best deal for Korver as the shooting guard was a sought after player after teams learned of his predicament. The Cavs did Korver a favor here, sending him back to a team that he used to play for and a city that his family has affinity with.

As for Korver, he’s happy with where he is going because he’s going back to a team which he played for eight years ago. Said Korver:

“It’s like you’re the new kid at school and you want to get to know everyone and you’ve got to kind of find your way a little bit, but I knew a lot of people in the organization and coaching staff, so that’s helpful,”

“I think for me just where I’m at in life, I’ve gotten married with three young kids, so just being somewhere where there’s familiarity is a huge deal so to come back,” said Korver, who previously played for Utah from 2007-10. “Knowing that we’ve got a lot of people in Utah in the organization but also outside of it has just kind of helped soften the landing for us, so that’s important to me but then also to come to a good basketball team.”

Familiarity is one thing, going from a Cavs’ team that is destined to be in the lottery this season to a Utah squad that should be fighting for the playoffs is a bonus to the 16 year veteran who obviously still wants to win in the league. Cleveland had become an afterthought once LeBron James left last summer. They became officially candidates for the doormat of the NBA when Kevin Love underwent toe surgery. Moving on was a necessity for Korver. An old veteran like him has no place in a rebuilding team. Utah was the perfect destination not only for him. But he also carries the skill set that the Jazz need to help turn around their struggling season. Utah Jazz General Manager Dennis Lindsey expressed that in some kind of a joke. Said Lindsey via desertnews.com:

“I’ve been greatly offended by Joe Ingles’ claim to be the greatest shooter on the planet. and as a proud American, that is comparing himself to Steph Curry and Klay Thompson and Kyle Korver, I was offended,” Lindsey said. “So, I wanted to make sure that not only he realizes that he’s not the best shooter in the world with his as I describe it leverage arm, Aussie slingshot that he’s trying to shoot balloons in the Australian circus, that he’s no longer even the best shooter on the Utah Jazz. That was my No. 1 deal is to make sure that Ingles is now No. 2 as a shooter.”

Jazz Are Addressing A Weakness With Korver

In contrast, the Jazz three point shooters have found their numbers decrease this season as compared to the previous one. Joe Ingles, who shot 44% from downtown last season, is only making 38.9% of his three pointers this season. Donovan Mitchell, who made 34% of his three point baskets as a rookie, is currently shooting only 29.2% from three point land this year. Similarly, Jae Crowder has seen his long distance numbers regress from 31.6% to 28.9% while Ricky Rubio’s 35.2% three point percentage has slipped to 33.3%.

Korver is currently shooting the three ball at a 46.3% accuracy. If you think that he’s just having an excellent start to the season and would probably cool off sooner or later, do remember that Korver is a career 43.2% three point shooter so not only is he just an excellent weapon from downtown, he is one of the best three point shooters in the history of the game. With Korver being a legit threat from the outside, the Jazz offense now has a deadly weapon who will definitely draw defenders away from the basket.

That’s good news, especially for Utah starting center Rudy Gobert , who already leads the league with 6.7 points scored per game off pick and roll plays. With Korver inviting defenders to cover the three point area, imagine just what more opportunities Gobert will have with the pick and roll.

Korver Is Not Without Risks

Financially speaking, the Jazz save some $3M in salaries for this season with Korver. He also creates a trade exception worth $4M which should come in handy for Utah. Korver is signed until the end of next season but his 2019-20 salary is only partially guaranteed. At a price of $7.5M, Korver is guaranteed only $3.44M of that if he is waived before July 7th.

Of course, Korver isn’t without any weaknesses. First of all, he is no longer a spring chicken at the age of 37 and may not be as quick and fast as he was in the previous years while coming off pndown screens and cutting actions to get himself wide open. Despite that, he is still able to get decent looks and more importantly, he is still making his three pointers.

Then of course Korver has always struggled as a poor on-ball defender throughout his entire career. But the Jazz play scrappy defense and are better at defensive rotations and giving their teammates the needed help. When he was in Cleveland, Korver was left to defend as if he were a Kawhi Leonard. In Utah, he’d surely be happier to see some help defense come his way when he needs it.

In the short term, the Jazz are acquiring Korver at some risk, given his age and the mileage his body has accumulated playing NBA basketball. Given his tenure, he could suddenly experience a noticeable decline or could sustain an injury. But again, if you look at his resume, he’s played at least 70 games in five out of his last six seasons played with 67 as his fewest during the 2016-17 season.

Overall though, Kyle Korver is a nice addition for the Jazz. Not only will he provide them with the needed three point shooting, he is also an excellent veteran addition who has championship experience and pedigree. The Jazz stumbled out of the gates and opened the season with a 10-2 record but they’ve acknowledged one of their main weaknesses and have addressed it. However, Kyle Korver will not solve all their problems. He is merely a complimentary role player and not a superstar savior. The Jazz are hoping though that his marksmanship will also rub off on his younger and high profile teammates.