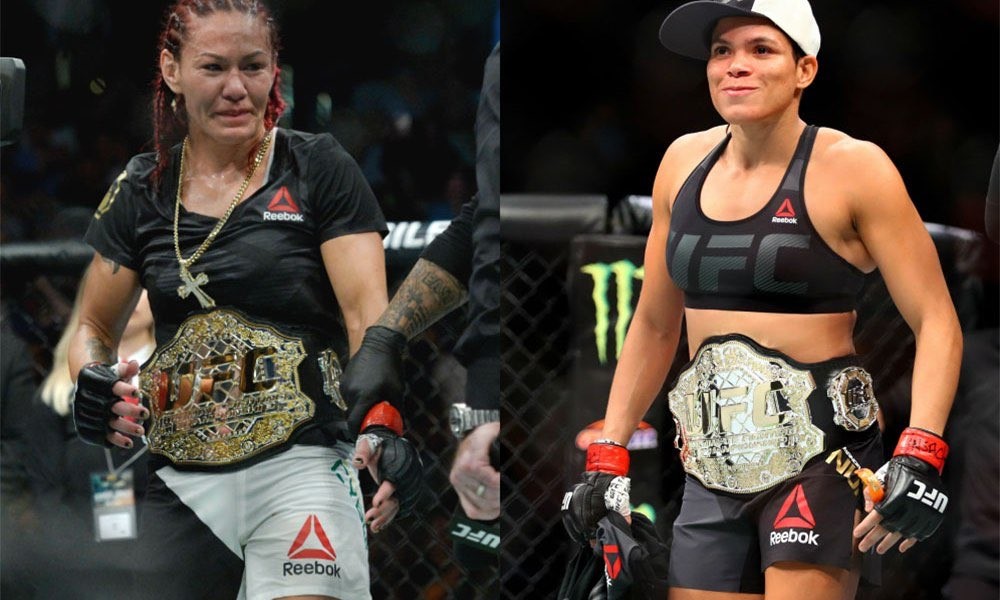 We got the best male UFC fight we could have asked for this year after Dana White announced Conor McGregor vs Khabib Nurmagomedov for UFC 229. Now the UFC has also gifted us with the best possible women’s fight this season.

The two champions will be fighting for Cris Cyborg’s 145 pound championship at UFC 232 which is scheduled to take place on December 29, 2018 at the T-Mobile Arena in Las Vegas, Nevada. The bout is the first confirmed bout for the event which is expected to be a huge one considering it is the UFC’s final show of the year.

This champion versus champion showdown has been in the works for a while. Cris Cyborg had been heavily campaigning for this bout to be booked in September, citing a long layoff considering her last title defense was in March this year. But because Nunes was reportedly dealing with a foot problem, it was eventually booked for the UFC’s annual year ender show.

1 Female Fighter In The Planet 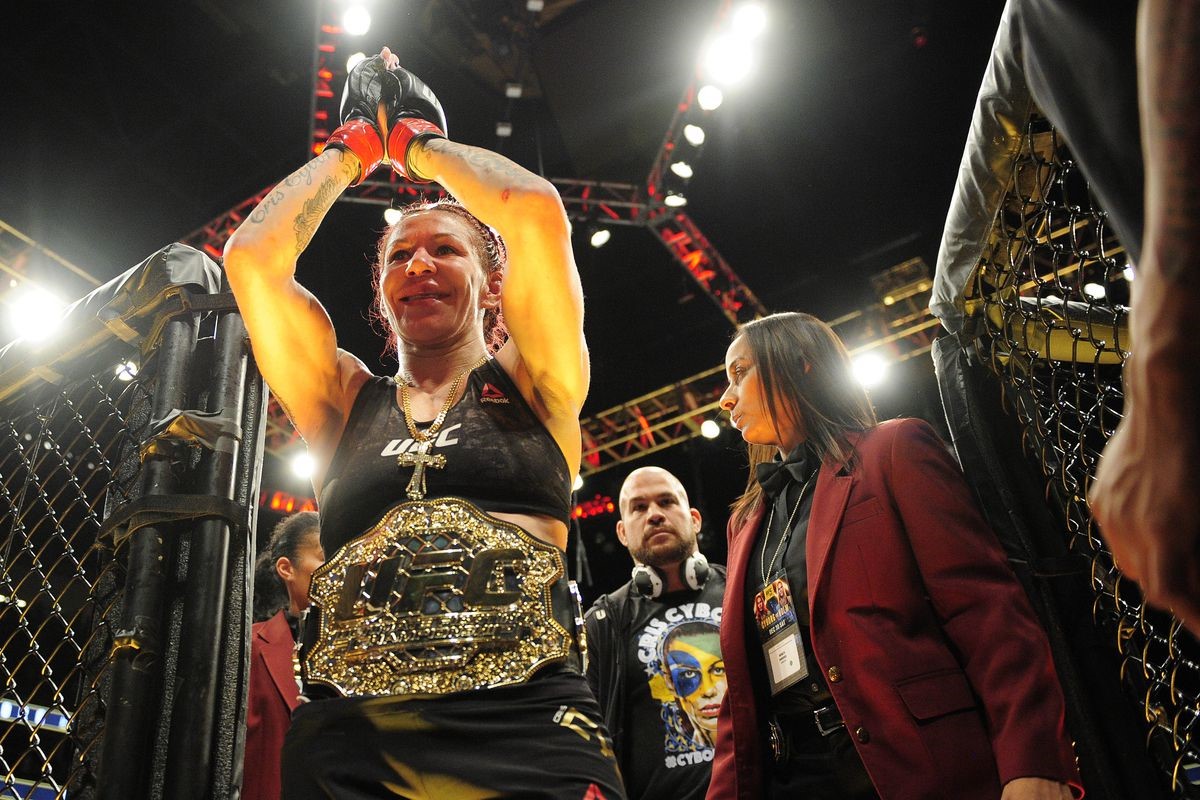 Cyborg is widely considered as the #1 female fighter in the planet. The 33 year old Cyborg, whose real name is Cristiane Justino, has a record of 20-1-0-1 with 17 knockouts. She has not lost a fight since dropping her MMA debut via kneebar submission to Erica Paes in 2005. After losing her first MMA bout, the only blot in Cyborg’s resume has been a no-contest against Hiroko Yamanaka in 2011. That bout was originally a TKO win for Justino but was overturned after she tested positive for a banned substance.

Since coming over to the UFC in 2016, Cyborg has fought a total of five times under the promotion. She knocked out veteran Leslie Smith in her UFC debut, stopped Lana Lansberg in her second fight and then she dropped Tonya Evinger in her third bout to win the UFC women’s featherweight belt. Cyborg has since defended her title with a close unanimous decision win over Holly Holm and a TKO of Yana Kunitskaya. By almost cleaning up her weight class, she called out fellow Brazilian champion Amanda Nunes for a super fight.

Cyborg first rose to prominence when she knocked out MMA pioneer Gina Carano in 2009 to win the inaugural Strikeforce women’s featherweight title. Cyborg’s first round KO eventually forced Carano to retire and pursue a movie career in Hollywood. After Strikeforce folded, Cyborg went on to fight for Invicta FC where she became its inaugural featherweight champion.

She was lured out of the Invicta FC promotion by the prospect of a big money fight with then UFC women’s bantamweight champion Ronda Rousey but that fight never materialized with the UFC obviously trying to shield their former cash cow from an absolute beast in Cris Cyborg. Rousey ended up losing her belt to Holly Holm and Rowdy retired after being knocked out by Amanda Nunes in her comeback fight.

With Rousey gone, Cyborg got her wish to have a featherweight division installed in the UFC. But the lack of quality opposition plus her dominance over her rivals have made the division somewhat dull. Cyborg complained about her lack of opportunities in the promotion and the UFC not promoting her as they probably should.

The Queen Of The Bantamweight Division 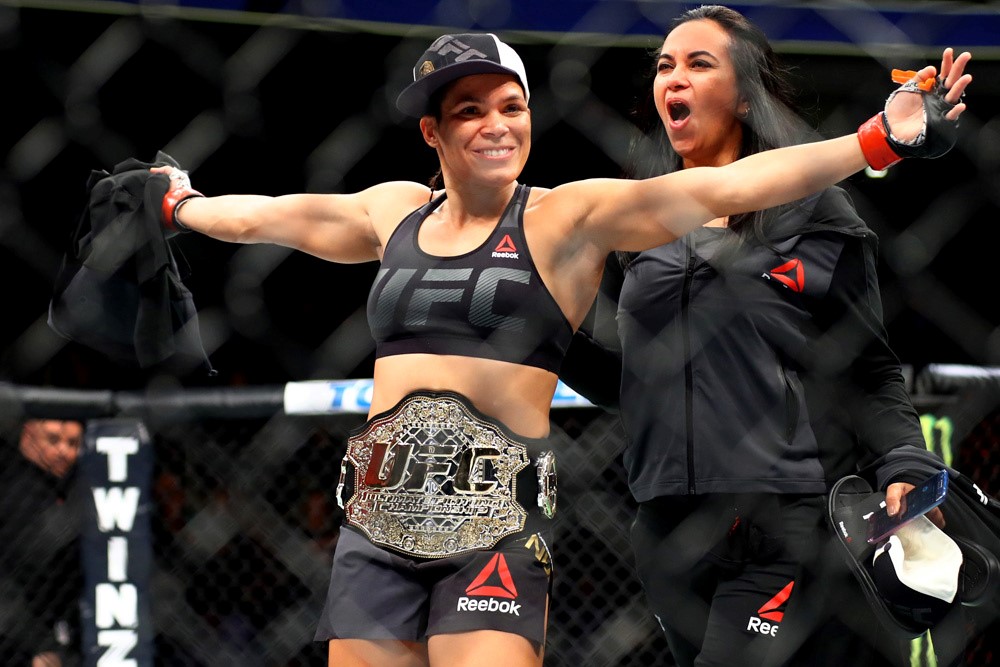 Like Cris Cyborg, Amanda Nunes has virtually wiped out her division. The 30 year old Brazilian has reigned as the queen of the UFC women’s bantamweight division since UFC 200. During that event, she fought Miesha Tate in the main event for the UFC women’s bantamweight championship. Nune won the fight by submission and took home the belt that once belonged to Ronda Rousey.

Ronda Rousey hold the record for most title defenses in the women’s game with 6 ( seven if including the Strikeforce title ) but Nunes is closing in on that record with already three and with no legitimate threat in her division, could surpass Rousey’s mark if she wants to.

But more than title defenses, Nunes also wanted to fight Cyborg for her legacy. Cyborg is the most avoided fighter in the planet and it was Nunes who first called her out. Cyborg initially said no, saying that she didn’t want to fight a fellow Brazilian but when Nunes asked for it, Justino finally obliged.

While pundits say that this could be a mismatch, Nune is certainly no fluke. The American Top Team pupil also has an impressive record of 16-4 with 11 knockouts. Nunes has won her last seven fights, five of them by stoppage. The Lioness has not lost a bout since she was knocked out by Cat Zingano at UFC 178 in 2014. That loss was the last of a six bout period where Nunes went 3-3. She has been near flawless ever since.

Nunes has not fought as a featherweight since 2011 when she made the move to go down to bantamweight. After beating Miesha Tate at UFC 200, Nunes was asked about the possibility of taking on Cyborg. At that time, she said no because she was too small at 135 pounds. Six months later, the UFC booked Holly Holm vs Marion Reneau for the inaugural UFC featherweight title. Nunes asked UFC President Dana White to fight the winner. Reneau won the title but relinquished the belt, paving way for Cyborg to annex it. 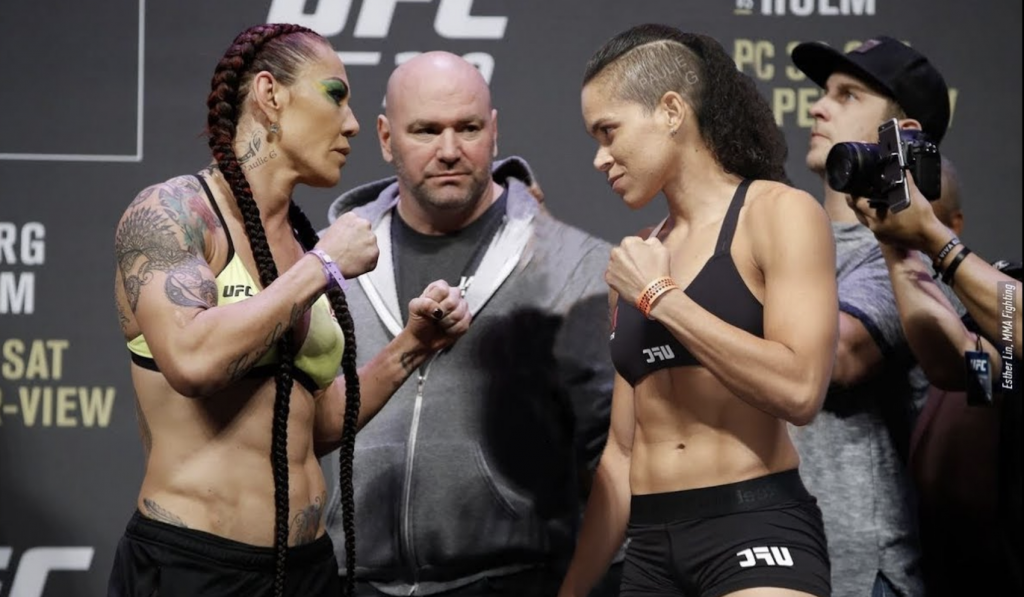 As it stands right now, Amanda Nunes is Cris Cyborg’s closest rival since Gina Carano. It’s been a long time since Cris Cyborg has been challenged, both in the cage or octagon and on the betting boards. When the lines for the Cyborg vs Nunes fight were first released, Cyborg opened as a -300 betting favorite over her compatriot Nunes who came back at +230. At these odds, a bettor must wage $300 to win $100 on Cris Cyborg while a $100 bet on Amanda Nunes would yield a $230 return. Cyborg and Carano both opened at -115 when their Strikeforce featherweight title bout was first announced in 2009.

The fight is the big one Cyborg has been looking for when she moved to the UFC. The big fight was supposed to be Rousey but we know how Rowdy’s UFC career ended. Had they fought, that bout might not have lived up to the expectations given how Rousey struggled with elite strikers like Holm and Nunes.

Meanwhile, Cyborg has been dominant over all of her opponents with the exception of Holm. Although Cyborg won that fight via unanimous decision, two of the judges scored the bout 48-47 ( the third judge scored it 49-46 for Cyborg) with Holm winning the first two rounds on both judges scorecards. The Holm fight showed that Cyborg could struggle with an equally versatile striker like Holly Holm. While Nunes doesn’t have Holm’s world class boxing background, she is an equally impressive striker and even has more punching power, a couple of reasons why she is a close underdog in this fight.

Nunes is also aiming to become the first woman in UFC history to win world titles in different weight classes so that is another big motive for the Lioness here. Meanwhile, Cyborg is trying to solidify her legacy as the #1 female fighter in the planet. She has threatened to leave the UFC to fight for a promotion where she said “she is respected”. Cyborg has been vocal about the lack of exposure from the UFC. The UFC giving her this big fight, the first female superfight in the promotion, should calm the storm for now.