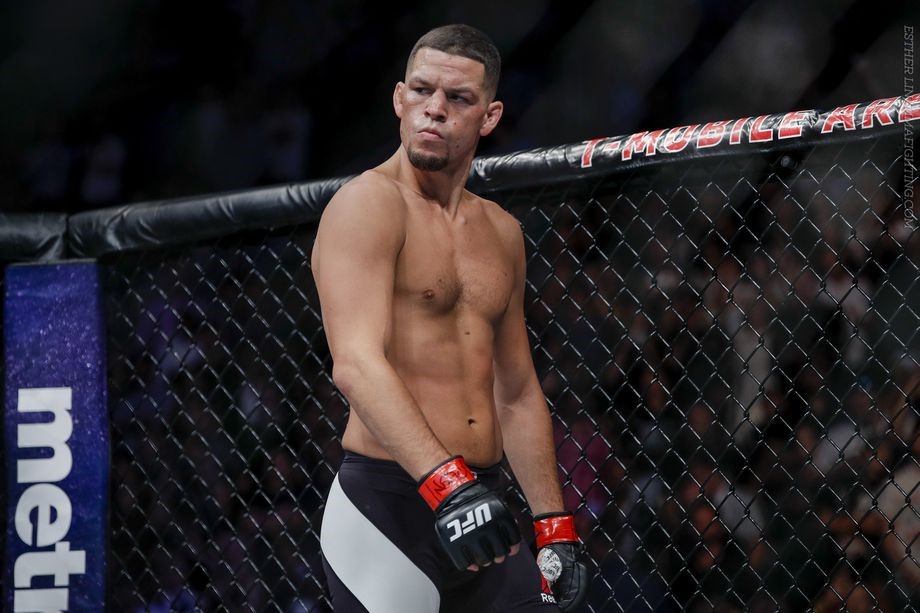 The Stockton standout will return to the UFC octagon for the first time since August 2016 and face rising lightweight star Dustin Poirier in a bout that has been labeled as the co-main event of UFC 230. The event is scheduled for November 3, 2018 at the world’s most popular stadium- Madison Square Garden.

Diaz has not fought since dropping a close decision to Conor McGregor at UFC 202 in 2016. The back and forth bout was considered as one of the most thrilling lightweight bouts in the history of the UFC and the event ended up as the highest earning PPV event in UFC history with an estimated 1.6M PPV buys. It also served as a rematch after their UFC 196 encounter which saw Diaz put an end to McGregor’s string of dominant victories.

It can be recalled that McGregor went on an incredible run to “take over” the UFC. Not only was the Irishman knocking out opponents along his way, he was also breaking PPV numbers. But at UFC 196, Diaz took a fight with McGregor on two weeks notice and ended up halting the Irishman’s string of 15 consecutive wins. At that time, the event broke the long standing UFC PPV record set by UFC 100. The latter did 1.3M buys while McGregor vs Diaz had a total of 1.317M PPV buys.

McGregor’s last UFC appearance (at UFC 205) was also a massive PPV hit with 1.3M buys. It was the UFC’s last 1M PPV buy show and since then the UFC has struggled to make money out of its fights. In fact, the UFC only “survived” 2017 with its share from the revenues of the Mayweather vs McGregor boxing match.

After news of he fight broke, the Las Vegas god wasted no time in putting up the odds for the expected firefight. As expected, it was Poirier who was installed as favorite over Diaz. The Diamond was listed as a -175 while Diaz came back as the underdog at -150 according to Betonline.ag Sports Brand Manager Dave Mason. This means that one must bet $175 on Dustin Poirier to win $100. On the other hand, a $150 bet is needed to win $100 when betting on Nate Diaz.

Poirier has been the active fighter between the two as he’s fought a total of six times, with four wins and two losses since Nate’s last fight on August 20, 2016. These two fighter have faced Conor McGregor before. Poirier was knocked out by the Irishman at UFC 178 while Diaz is 1-1 against the Notorious One.

Poirier has established himself as one of the top contenders at lightweight with wins over the likes of Anthony Pettis and Justin Gaethje. In his most recent fight last weekend at UFC on Fox 30, Poirier stopped another former champion by knocking out Eddie Alvarez in two rounds.

A win by the Diamond over Diaz almost certainly guarantee that he gets a title shot at lightweight. On the other hand, a victory by Nate Diaz will put him in line for a possible grudge match with Conor McGregor. McGregor is rumored to be returning to the ring very soon, with a title fight with lightweight king Khabib Nurmagomedov in the horizon.

The Diaz vs Poirier bout is the fifth bout announced for the UFC 230 event in New York. Earlier, a rematch between former middleweight champions Luke Rockhold and Chris Weidman was also announced, as well as a middleweight showdown between Yoel Romero and Paulo Costa. Two other middleweight clashes featuring Ronaldo Souza vs David Branch and Israel Adesanya vs Derek Brunson were also added to the undercard. 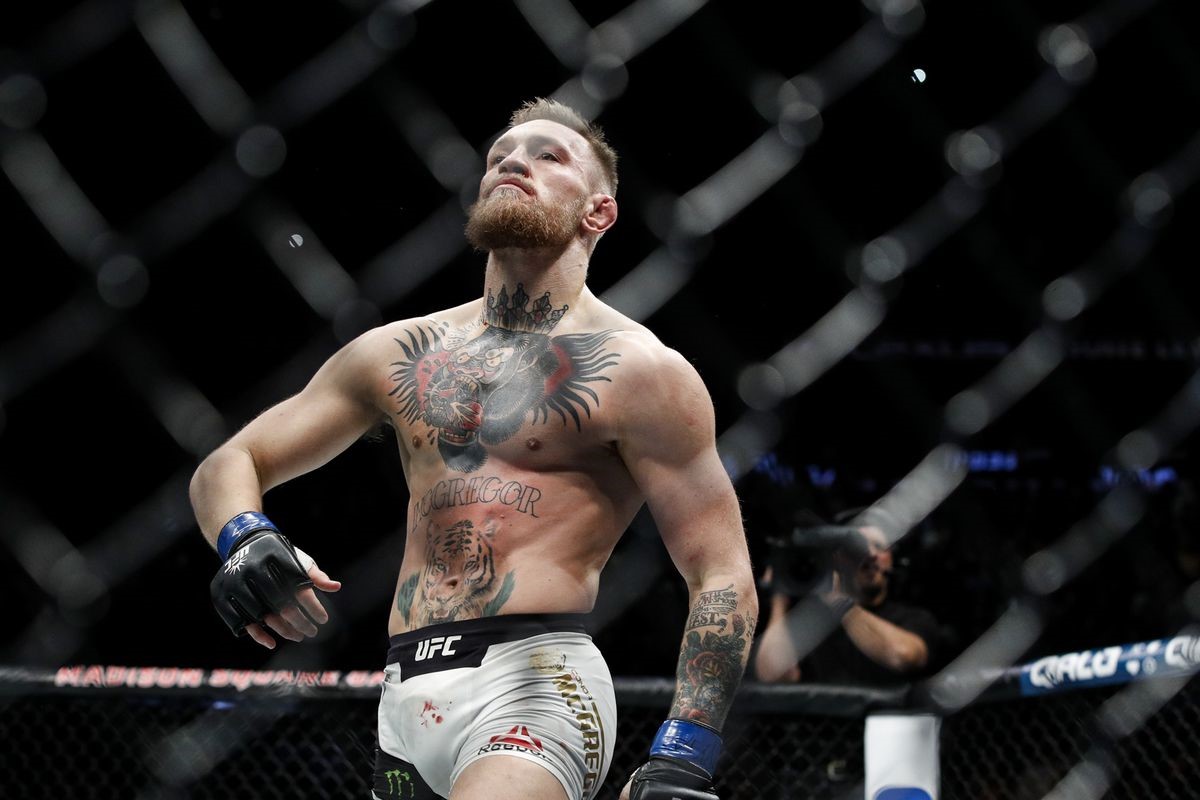 On the day the Diaz vs Poirier bout became official, the UFC finally confirmed the fight the world has been waiting for. At the UFC’s 25th anniversary press conference on Friday, UFC President Dana White announced that McGregor will face current UFC lightweight champion Khabib Nurmagomedov at the main event of UFC 229 in Las Vegas.

McGregor had been teasing a return for sometime now and he has also been talking of a Khabib fight in Las Vegas. On Friday though, White appeared like he wasn’t going to make an announcement. When he was first asked about the McGregor vs Nurmagomedov bout, he initially said that the fight was still in the works. However, he came back 30 minutes later and towards the end of the show to confirm that it is indeed happening at UFC 229.

McGregor and Nurmagomedov have been going at each other in media for years. Their beef reached a climax last April when Nurmagomedov had a run-in with McGregor’s teammate Artem Lobov. That led to the infamous dolly throwing incident which saw McGregor arrested and charged with three counts of assault and one count of felony mischief.

But after a date with the court which saw the Irishman enter into a plea bargain, he avoided jail time and is now free to resume his MMA career. With his legal issues behind him, it was expected that the UFC would book its top earning superstar to a fight very soon. The UFC’s numbers had struggled in McGregor’s absence and only his return could bring back a surge in the promotion’s revenues.

There are two logical fights for McGregor right now. The first is of course, the one the UFC has booked-against Khabib Nurmagomedov which should settle not just the beef between the two but the issue of who is the best lightweight in the planet. The bout is expected to be the biggest in the history of the UFC as it is one of the most anticipated fights ever. The other big fight out there for McGregor is the rematch with Diaz.

A third installment of Conor McGregor vs Nate Diaz would put an end to one of the most iconic rivalry in UFC history. It will also put the UFC in line for another massive PPV show considering that the events featuring the first two bouts between these two are the top two grossing PPP events in the history of the sport. The UFC has been salivating for another PPV hit while McGregor has been away. The Irishman fought boxing great Floyd Mayweather Jr. in a boxing match in 2017 and earned a reported $100M for the bout. He has not fought inside the UFC octagon since becoming the first fighter in UFC history to hold two belts simultaneously. McGregor did that by winning the UFC lightweight belt after knocking out Eddie Alvarez at the main event of UFC 205, considered as the biggest fight card in UFC history, also in New York City.