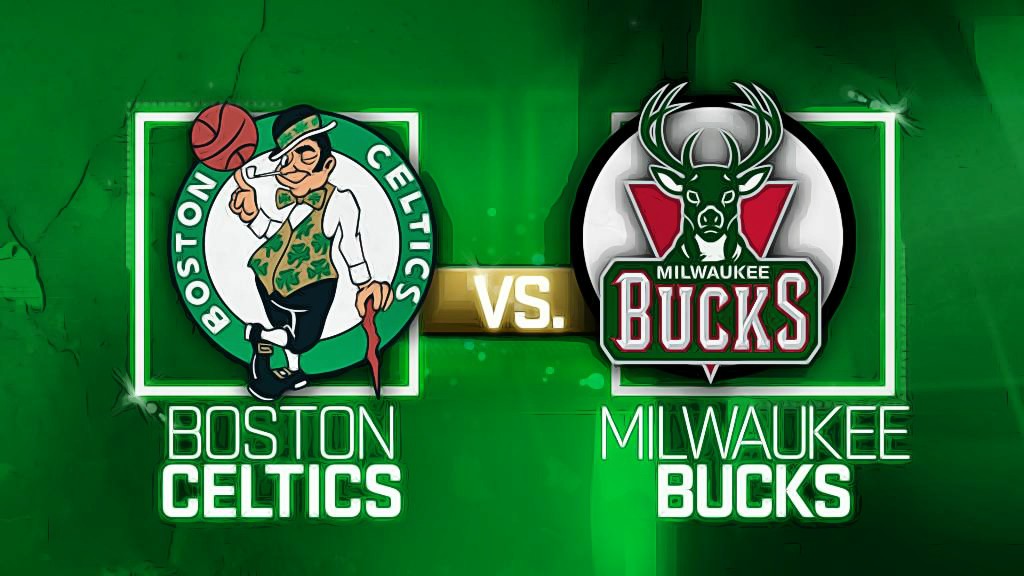 Giannis Antetokounmpo talked about being more aggressive in Game 6 after being limited to 10 shots and held down without a field goal in the final 4 minutes of Game 5.He responded with his best game since Game 1 and the Bucks forced a Game 7 on Saturday night in Boston.

Monster Game By The Greek Freak 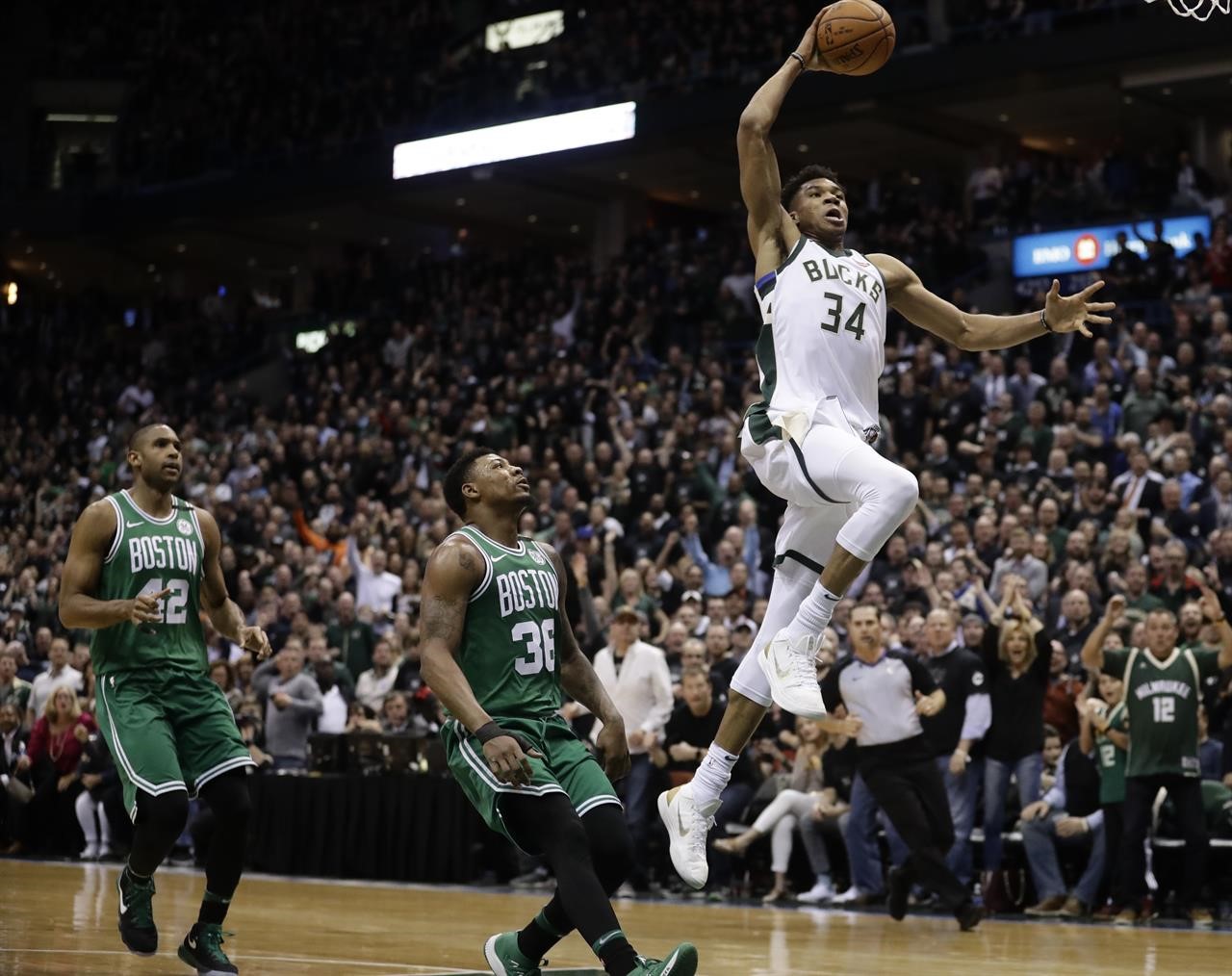 Antetokounmpo poured in 12 points in the fourth quarter, including 8 in the final 4:22 of the game as the Bucks held off several rallies to beat the Celtics 97-86. Antetokounmpo led the Bucks with 31 points on 13-23 shooting from the field and 5-8 from the free throw line. The Greek Freak also added 14 rebounds, 4 assists and 2 steals for the 6th seeded Bucks who hope to get past Round 1 of the Playoffs for the first time since 2001.

With his second 30 points and 10 rebounds performance of the series, Antetokounmpo became the second player in Milwaukee Bucks’ history after Kareem Abdul Jabbar during the 1974 Finals to have multiple 30-10 games in one playoff series.

Malcolm Brogdon added 16 big points for the Bucks, including a momentum changing three pointer that gave Milwaukee a two possession lead with 5:22 left to play in the game. Brogdon had averaged just 8.6 points per game in the first five games of the series. But the 2017 Rookie of the Year delivered in what is so far their most important game of the season.

Khris Middleton, who has provided most of the scoring support for Antetokounmpo in the series with his 25.0 scoring average thru five games, also scored 16 points for the Bucks on 7-8 shooting including 2-2 from behind the three point line but was saddled with 5 personal fouls. 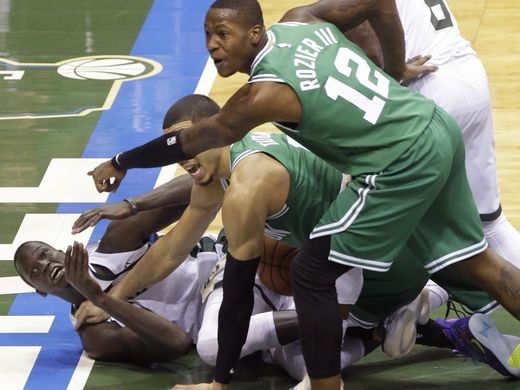 It was a tough loss for the Boston Celtics who started the game well and even led by 9 points early on. They made several runs in the second half but couldn’t reclaim the lead after yielding it to the Bucks early in the second quarter of play.

Rookie Jayson Tatum led the Celtics with a career playoff high 22 points on top of 3 rebounds, 3 assists and 2 steals. It was Tatum’s best game of the series so far, unfortunately his team came up short. Terry Rozier scored 16 points for Boston but only 5 of his points came in the last three quarters. Jaylen Brown and Marcus Morris added 14 points each for the Celtics.

Rozier, who struggled in Milwaukee in Games 3 and 4 which Boston both lost, led Boston out of the gates. Rozier shot 5-19 including 3-15 from deep for a total of 19 points in the previous two games in Milwaukee but he began game six on fire with 11 points in the first quarter on 4-6 shooting, including 3-4 from deep. Boston was up 24-22 at the end of one. 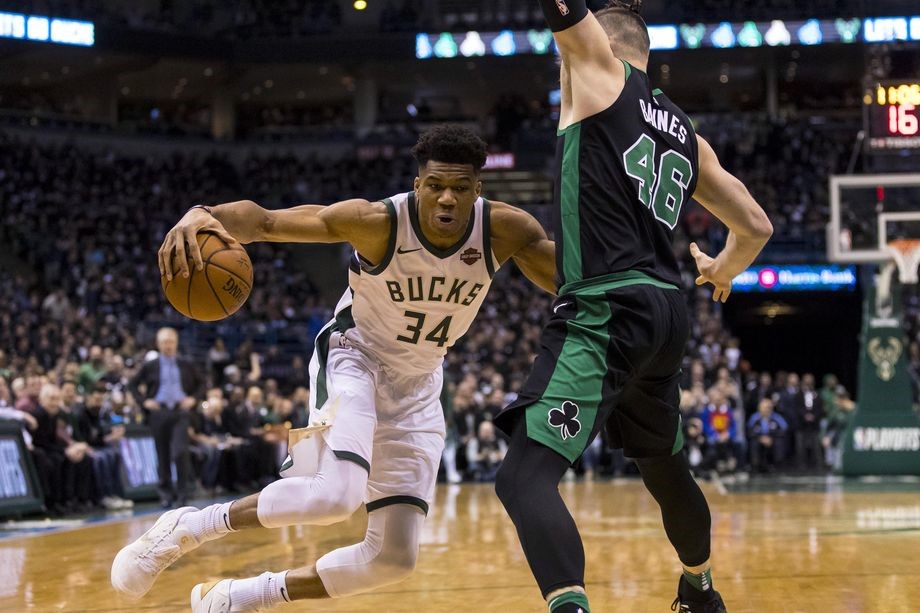 Milwaukee outscored Boston 34-6 in transition points, the most by any team so far in the 2018 NBA Playoffs. In the first half alone, the Bucks had 21 points in transition on 9-13 field goal shooting. Boston meanwhile missed its only transition field goal attempt of the first two quarters.

The Bucks opened the second half on a 12-4 run to build a 55-41. But the Celtics countered on a 20-6 run behind Jayson Tatum and Jaylen Brown to tie game at -61 all. Three assists by Matthew Dellavedova led to eight points and the Bucks restored a 72-63 lead. Boston would threaten to 74-69 after four straight points by Marcus Morris but they never came close again.

History On Boston’s Side 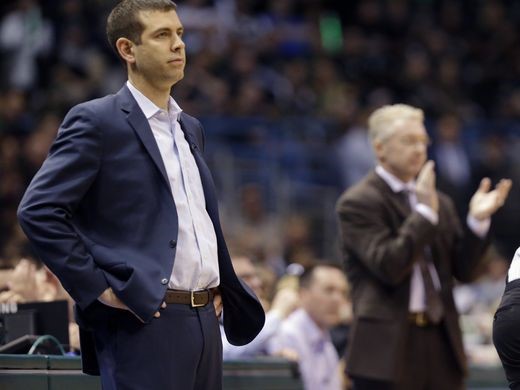 As a franchise, the Celtics have played in 29 Game 7’s and have won 21 of them. Most recently, the Celtics beat the Washington Wizards in Game 7 of the 2017 Eastern Conference Semifinals. Al Horford, Jaylen Brown, Marcus Smart and Terry Rozier were part of that team which was coached by Brad Stevens.

Despite failing to close out the series, the Celtics have something to look forward to. In the history of the NBA Playoffs, the team which won Game 5 in a series that was previously tied at 2-2 have gone on to win the series 83% of the time, including the last 10 times. Boston won Game 5 92-87 and they hope history stays on their side on Saturday night.