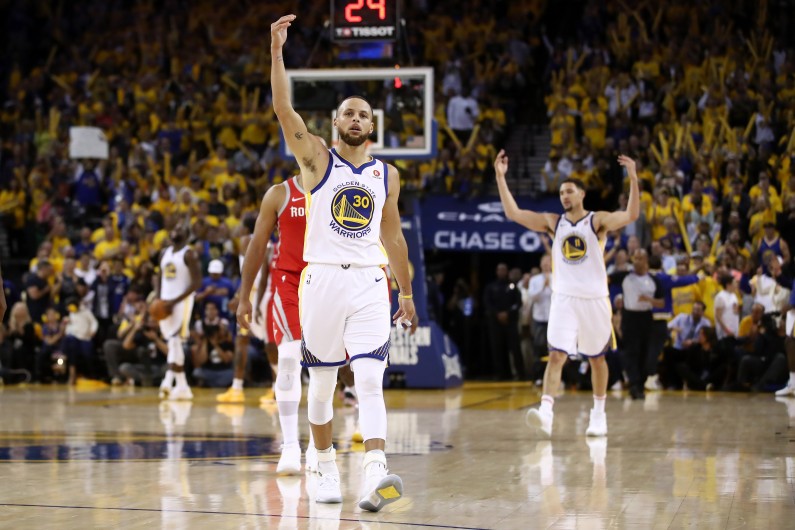 The Houston Rockets pounded the Golden State Warriors in Game 2 of the 2018 Western Conference Finals, winning by 22 points to even the series at one game apiece.

But instead of proving that they are the team who can beat the Warriors, the Dubs showed the rest of the league who is still the boss in the NBA. Golden State almost doubled Houston’s winning margin in Game 2 as they ran away with murder in Game 3, winning by a final score of 126-85.

The Warriors also established themselves Golden State also won its 16th straight at the Oracle Arena in postseason play, giving them the record for the most consecutive home wins in NBA playoff history, eclipsing the former record of 15 set by Michael Jordan’s Chicago Bulls from April 27,1990 -May 21, 1991. 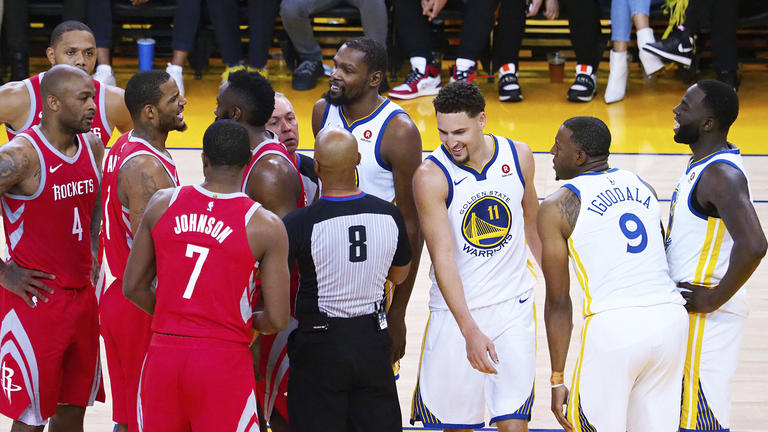 Kevin Durant, who averaged 37.5 points per game in the first two games of the 2018 Western Conference Finals, scored just 25 points in Game 3 but he was surely happy with that given every Golden State starter scored in double digits for the first time in the current series.

Draymond Green only scored 10 points but had a monster night off the boards with 17 rebounds. Green also added six assists, one steal and one block in 37 minutes of action. Andre Iguodala also scored 10 points on six shots and had three steals in just 27 minutes of playing time.

Klay Thompson had another rough shooting night, going 6-14 with 13 points in Game 3. Thompson went 3-11 with 8 points during the Warriors’ losing effort in Game 2. But that’s more of a problem than a victory for the Rockets as we know nobody can’t keep the Splash Brother from struggling for too long. Just look at what happened to Steph Curry tonight. 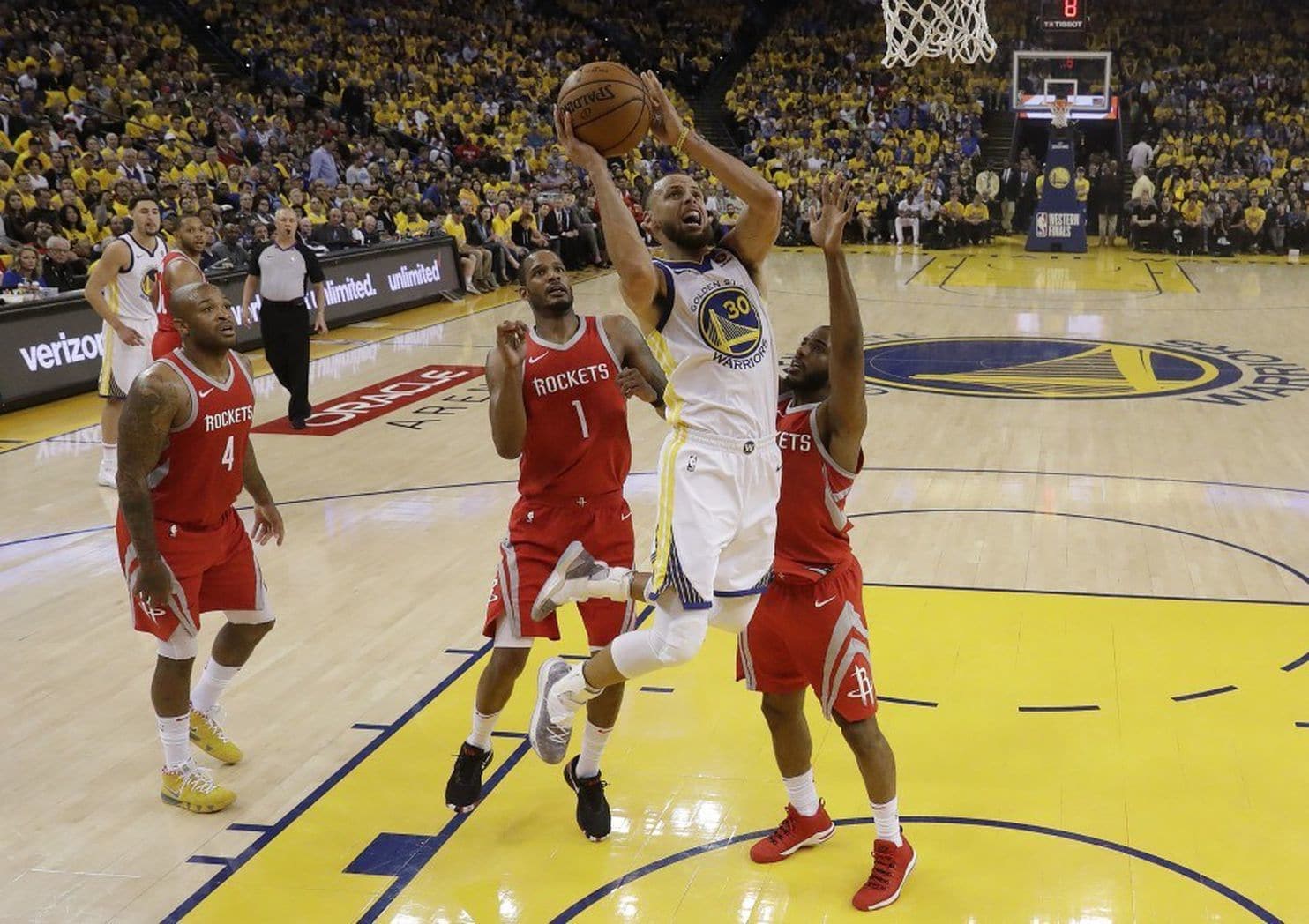 Curry started out slow, missing five three pointers in the first quarter. That’s tied for the most three point misses he’s had in one quarter of a playoff game. This was only the third time that has happened in his entire playoff career. After one quarter, Curry only had five points on 2-10 shooting, including 1-7 from behind the three point arc.

But while his offense sputtered early, Curry played excellent defense in the first half. He held the Rockets to 2-8 shooting with one turnover as the primary defender on 9 plays. Curry contested seven of those eight shots and did not commit a single foul in the process.

Curry then erupted in the third quarter when the Warriors pulled away from the Rockets The two-time NBA MVP waxed hot by going 7 out of 7 from the floor and scoring a total of 18 points in the quarter. It was the 10th postseason quarter of Curry’s career where he’s scored at least 17 points. Seven out of those ten, including Sunday, were third quarters.

In all, Curry made 11 of his last 12 shots from the field including all four of his three pointers. Curry left the game with still 5:11 to play and had Steve Kerr kept him in the game, he would easily have dropped 40 points on the Rockets. This is the first time in the current postseason that Curry has scored at least 30 points. And he may only be getting started.

The Warriors made James Harden and Chris Paul work on defense. Harden’s 16 plays as primary defender ranked next to Chris Paul’s 19. Stephen Curry shot 4-6 against Harden while Kevin Durant went 3-4 against his former Oklahoma City Thunder teammate. The Warriors made 8 overall field goals on Harden and five of them were either layups or dunks.

Harden led the Rockets with 20 points and 9 assists while Paul added 13 points and 10 rebounds. But Houston’s superstar duo combined to shoot just 12 out of 32 from the floor including 4-14 from behind the three point arc. Harden and Paul also combined for six turnovers committed for the Rockets. 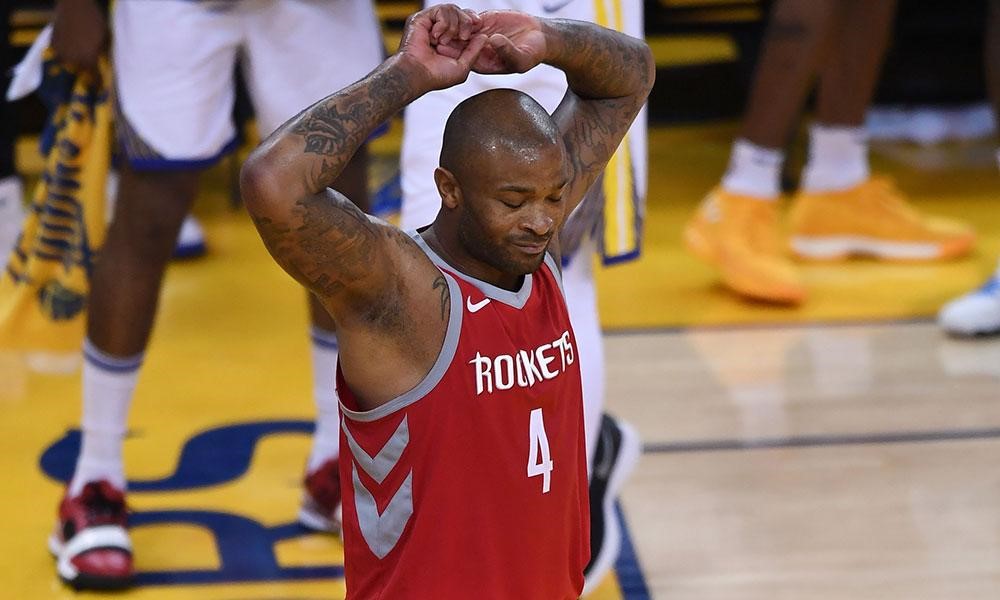 The trio of Trevor Ariza, P.J. Tucker and Eric Gordon, who provided Houston’s fearsome twosome with the much needed support during the Rockets’ huge Game 2 victory were not able to replicate their previous game efforts. The three combined to shoot 12-18 from behind the three point line in Game 2 while accounting for a total of 68 points scored. They were neutralized by the Dubs in Game 3.

Ariza scored just 6 points on 2-6 shooting while Tucker, who had a career game in Game 2, shot 2-3 from behind the three point line but scored only 6 points for the Rockets. Gordon, the reigning Sixth Man of the Year, went 4-13, including 2-8 from the three point area to score just 11 points.

Can The Rockets Recover? 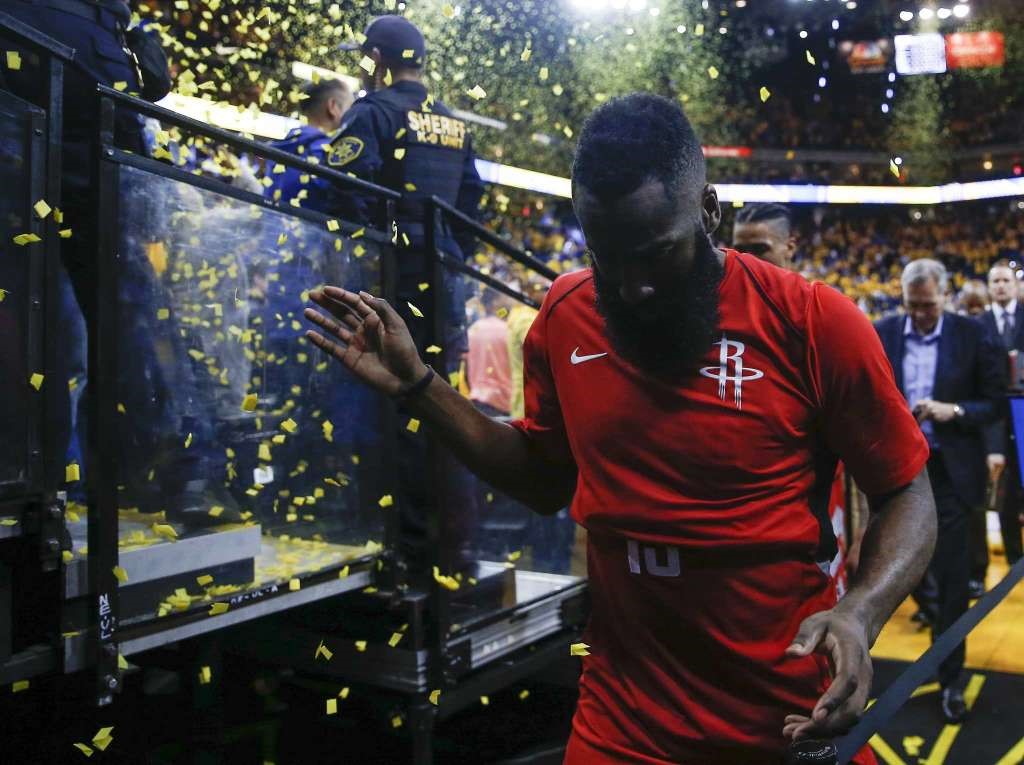 With the win, the Warriors improved to 36-5 at the Oracle Arena in the playoffs since they took power in the NBA in 2015. That’s the best home record over that period and that’s one tough statistic that lies in front of Houston right now. With the Warriors up 2-1, the Rockets must treat Game 4 as a must win game. They cannot afford to fall behind 1-3 against the defending champions.
Facing the Warriors at their home court is just one of Houston’s problems right now. The biggest one could be Stephen Curry. Houston was doing a helluva job on the Warriors’ two-time MVP up until the first half of Game 3. Through two and a half games, Curry shot just 18-45 from the field including 3-20 from his favorite three point area. But in the second half of Game 3, Curry went 10-12 from the floor including 4-5 from behind the three point arc.

Curry’s 24 minutes of avalanche resulted in 26 points scored for the sweet shooting guard while the Warriors transformed what was a relatively competitive 10 point game to a 28 point blowout at the end of three. Golden State continued to push the gas pedal and the Warriors stamped their class with a 41 point win in Game 3. The question now is can the Rockets recover from such a humiliating defeat. We’ll find out on Tuesday night.