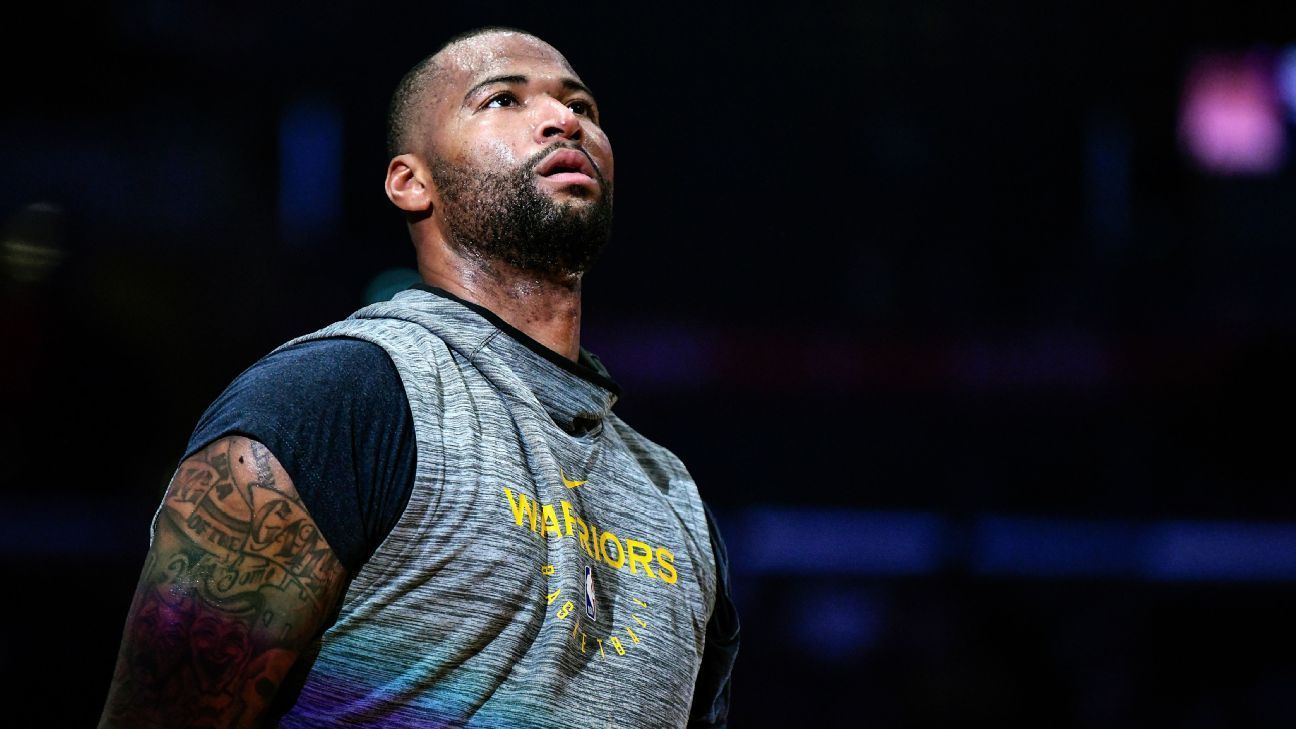 The wait is almost over for DeMarcus Cousins and the Golden State Warriors. The 28-year old All-Star center has participated in a full-contact practice with the defending champions, per multiple reports around the league. It’s safe to assume that Cousins has fully recovered from the Torn Achilles injury he sustained while playing for the New Orleans Pelicans last season. Head coach Steve Kerr and the Warriors could just be waiting for Cousins to get into game shape before they finally list him in the active roster.

While there is still no timetable for his return, seeing Cousins active and aggressive on practice is a welcome sight for his teammates. Kerr reiterates his comments on his prized big man’s first full practice with the team, per Mark Medina of The Mercury News.

"It was a good practice. We went through a lot of stuff on the court. No live action, but some offensive conceptual stuff, tape. We had a good day this morning."

Last year, Cousins was on his way to an All-NBA First Team-worthy season before he unfortunately went down with the injury. It was the most productive year for the flamboyant big man as he posted 25.2 points and career-highs of 12.9 rebounds, 5.4 assists and 1.6 steals per game. His partnership with fellow All-Star Anthony Davis had a lot of potential, especially in the prospect of making a deep run in the playoffs.

Come summer time, Cousins found himself with no real contract offers from NBA teams. People around the league were skeptical of his health and the attitude issues that have hounded him throughout his career. Luckily, the Warriors came calling with an offer and Cousins couldn’t turn it down even if the contract just stipulated a $5M pay for a year.

What would Cousins bring to a stacked Warriors team?

Early this season, Kerr ranted about the dismal play of his young, frontcourt players. Jordan Bell has been erratic particularly on the offensive end, while Kevon Looney and Damian Jones obviously need more NBA games on their belt to produce more impact and efficiency on the floor. With Draymond Green sidelined by an injury just a few games into the season and being rather inefficient in his return, Cousins could provide a steady, veteran presence on the Warriors’ frontcourt.

It’s ironic how we’re talking about Cousins being a leader, considering his widely-documented history of losing his head more times than one during a game. But he has no room for any attitude issues now that he’s in a Warriors lore looming with champions and tough competitors.

More importantly, it would also give the Warriors a chance to assess their future. It would be hard for the team to just let Cousins walk in the summer if he comes out stellar upon his return. The 6-foot-11 versatile big man would provide Golden State with enough cushion if Kevin Durant decides to sign with another team in the summer. If KD then chooses to stay, the Warriors could choose to trade Draymond and sign Cousins or let the latter continue his career with another team.