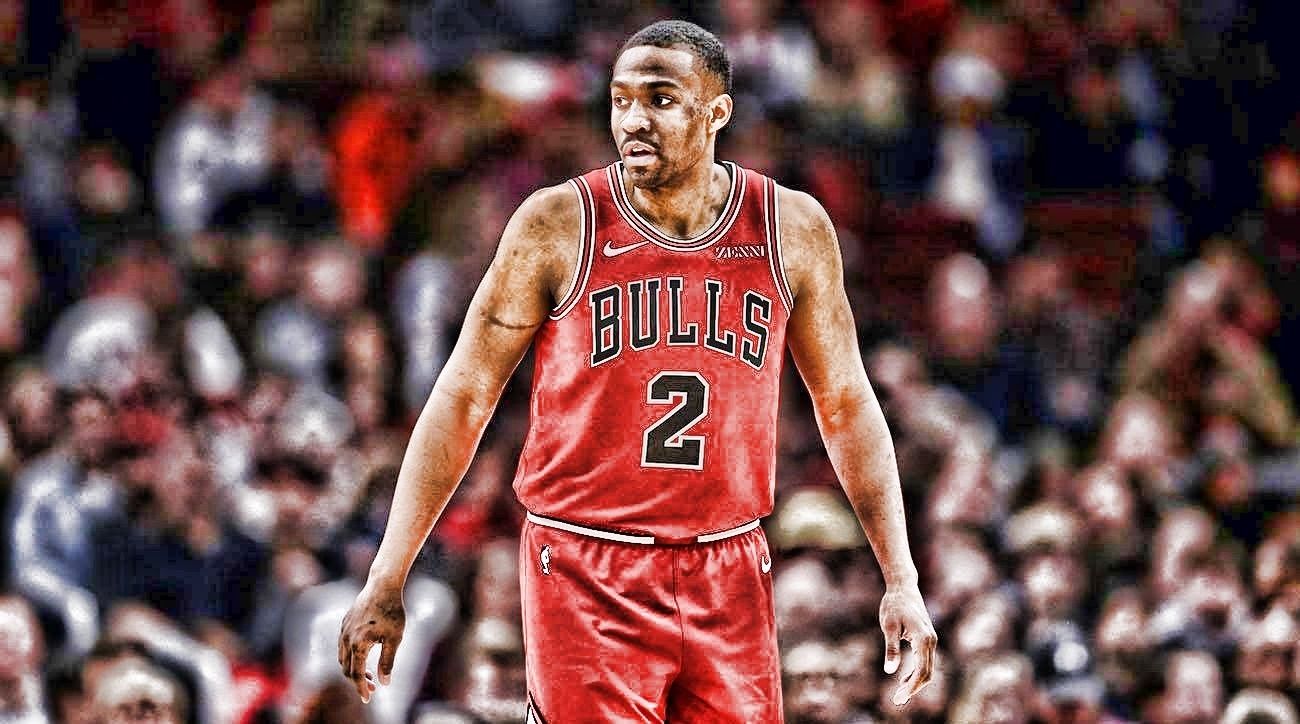 Each Eastern Conference Teams’ Most Disappointing Player of the Season

This NBA season has been full of player and front office movements, broken records, young players’ ascent to prominence and of course, the never-ending rumors surrounding the stacked 2019 free agency class. While there are players who have been pleasant surprises across the league, there are also those who are performing under expectations.

As we are already half-way through the season, we take a look at the most disappointing players in the Eastern Conference, factoring in usual reasons like bloated salary contracts and given roles at the start of the year.

Miles Plumlee, the older of the Plumlee brothers in the league, hasn’t been as impactful as his sibling playing in the West-leading Denver Nuggets. It’s still mind-boggling why the Milwaukee Bucks signed him to a four-year, $50 million extension in 2016 and Plumlee never came close to giving justice to that deal. He has been an NBA journeyman for some time, with the Charlotte Hornets trading him to the Hawks for Dwight Howard in 2017. This season, he has been in and out of Atlanta’s rotation, and is averaging a measly 4.4 points and 2.2 rebounds per game.

It’s difficult to put a Celtic on this list as all of them have shown flashes of playing to their given roles on the team. But one Boston player whose game has regressed this year is guard/forward Jaylen Brown. Of course, it’s hard to put up massive individual numbers in a team with really great depth, and with All-Star Gordon Hayward eating up on his minutes, it’s understandable that Brown’s numbers will decrease. But Brown’s perimeter shooting isn’t helping his case (29% 3-pt), and his overall play is nearly disappointing considering how people looked at this season as his true coming-out party.

Until Crabbe finally plays the last game of his massively-bloated contract in 2020 or until he shocks the basketball world and makes the All-Star team, he will be one of the most disappointing players in the league. In 2016, the Portland Trail Blazers signed him to a hefty four-year, $74 million deal, and it has been regrettable ever since. The Blazers eventually traded Crabbe to the Nets, and he actually performed quite well in his first year in Brooklyn. But after putting up 13.2 points per contest last year, his production has dipped to just 9.5 points this season. Not a performance fitting for someone earning more than $18 million every year.

Since being signed to a four-year, $56 million extension in 2017, Zeller has pretty much disappointed the Hornets’ optimism that he could grown into a franchise center. He missed a huge chunk of the 2017-18 season because of a major injury, but his return this year doesn’t really speak volumes of him being a dominant presence down low. Zeller cracked a double-double production in only two games this season, and has been a below-average starting center, averaging just 9.3 points and 6.2 rebounds per contest.

With new Bulls head coach Jim Boylen electing to play an unknown player in Shaquille Harrison over Parker, it could be concluded that barring any major injuries to their key players, Jabari is already out of contention for a rotation spot with the team. Parker, who the Bulls signed to a two-year, $40 million contract with only the first year guaranteed, has played just one of Chicago’s previous ten games. While his scoring has been average (14.9ppg), his defensive lapses are just too much to handle, leading to his rotation fallout.

Hood’s much-talked about slump during the Cavaliers’ unsuccessful title run last year was brought upon as just growing pains for the shooting guard. After all, Hood was a reliable scorer for the Utah Jazz, racking in 16.8 points per game before he was shipped to Cleveland midway through last season. While he is putting up solid numbers of 12.9 points per game built on a 39% rate from beyond the arc, it was obvious that the Cavaliers expected him to break out of his shell this season, something that he is yet to do. He will enter unrestricted free agency in the summer, and it’s highly-likely that he will don a new jersey next season.

After hitting an outstanding 42% of his three-point shots last season, the Pistons believed that Kennard would grow into a multi-dimensional shooter this year. Unfortunately, that hasn’t happened and recent numbers tell us that Kennard is slowly falling on the Pistons’ rotation board. This season was supposed to be Kennard’s chance to shut down criticisms regarding the fact that Detroit drafted him ahead of Donovan Mitchell, Kyle Kuzma, John Collins and Josh Hart, all of which are becoming fully-fledged aspiring stars in the league.

Tyreke returned to NBA prominence when he put up a solid 2017-18 season that saw him average 19.4 points, 5.1 rebounds and 5.2 assists per game for the Memphis Grizzlies. It looked like he was back to his record-breaking rookie season, ultimately leading him to be signed by the Pacers to a one-year, $12 million deal. But Evans regressed yet again to an average player, just producing 10.1 points, 2.8 rebounds and 2.3 assists this year. His minutes have also decreased during the Pacers’ incredible winning run, with him playing below 20 minutes in each of the team’s previous 13 games.

After being sidelined by an injury for the Heat’s first 15 games, Johnson returned but not in his usual efficient, versatile self. He has actually started in almost every game, but like his starting frontcourt partner Hassan Whiteside, head coach Erik Spoelstra always elects to sit them both out in the later stages of each game. Since signing the four-year, $60 million extension in 2017, Johnson’s numbers have decreased each year. He’s just averaging 8.2 points and 3.3 rebounds this season.

It seems like Milwaukee fans have been waiting for ages for Thon Maker to finally have a break-out season. Arguably one of the most hyped-up high school prospects in years, his potential to be a second coming of Anthony Davis looks to be ill-founded right now. Maker is playing just 12.6 minutes and producing only 5.3 points and 2.9 rebounds per game this season as he continues to disappoint people who predicted him to be a future cornerstone of the Bucks franchise.

Dennis Smith Jr. Donovan. Kuzma. These are just some of the excellent players that the Knicks could have drafted instead during the 2017 draft. Rather, they selected Ntilikina, an unknown French point guard who up to right now, is still yet to introduce himself to the league. The Knicks were optimistic of Ntilikina’s growth to be an NBA-ready starting point guard this season, but after starting for the team’s first 14 games, Emmanuel Mudiay has taken over his role. Ntilikina is just averaging 6.0 points and 2.5 assists per game, and is still a paltry perimeter shooter.

Like Kennard and Ntilikina, Isaac has also been a disappointing lottery pick of the 2017 draft. An oversized small forward who scouts predicted could be excellent in both forward positions, Isaac has been putting more questions than solutions to the Magic’s woes. With Aaron Gordon showing glimpses of an All-Star caliber player, and Mo Bamba arguably packing more potential, Isaac could be an expendable trade asset for the Magic to unclog their frontcourt.

This is the easiest player to pick for this list. Really, there’s nothing much more to say about this. Just imagine how potent the Sixers are right now if Fultz has become the All-Star caliber, all-around combo guard he was projected to be.

After the easiest pick in the list is the hardest one to decide. Almost everyone seeing minutes for the 31-12 Raptors are playing exceptionally-well. Well, except for Miles. After turning in a productive season last year, Miles’ shooting percentages have drastically taken a dip. Along with his lowly 28% rate from beyond the arc, his minutes have also decreased to just 14.4 per game. Fortunately for him, the team hasn’t really felt the impact of his decline, but Toronto would need him to step up come playoff time.

We could have easily put the injured Dwight Howard in here or maybe Ian Mahinmi for that matter. But a massive four-year, $106M contract for a player just producing 11.9 points and 5.3 rebounds is hard to ignore. Porter has been a casualty of the contagious turmoil roaming around the Wizards as his numbers have decreased in what supposed to be the most important season of his young career. His three-point shooting hasn’t been as deadly in the last two years, and veteran Trevor Ariza has taken over his starting role in the past four games.