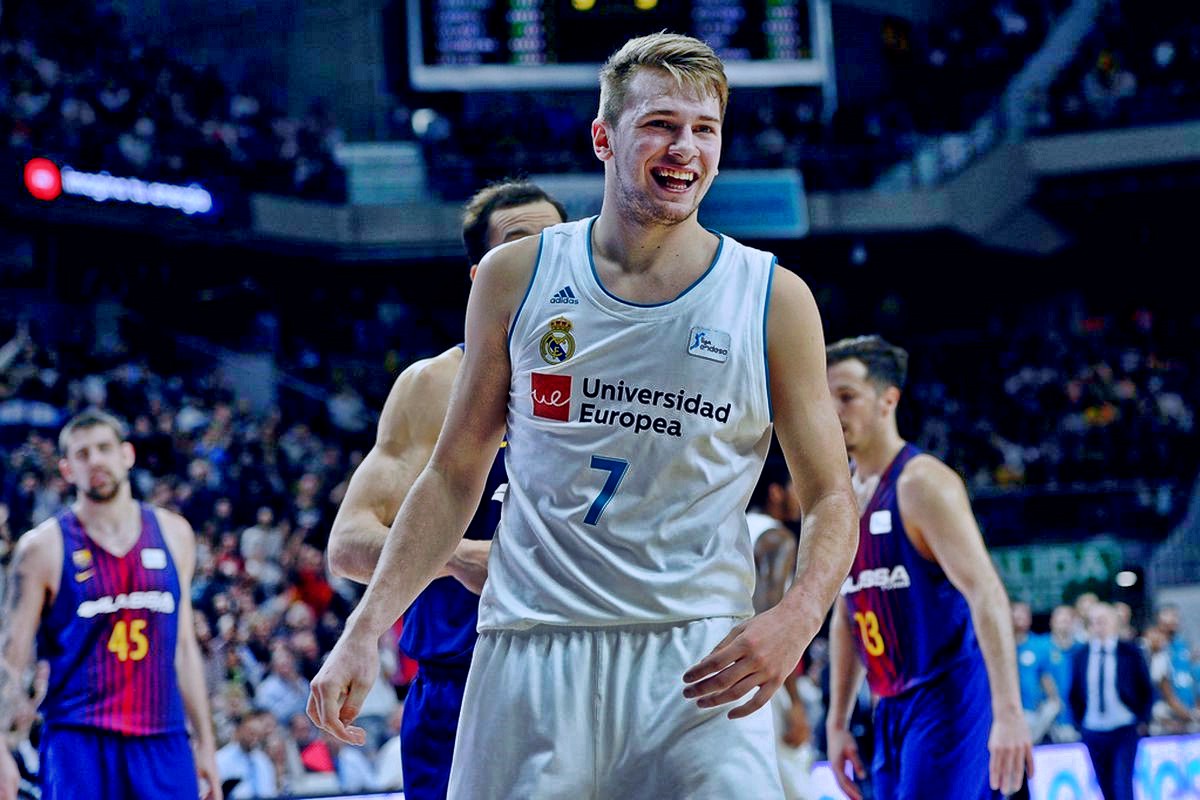 Europe’s Top NBA Prospect Is Wise Beyond His Years

When we talk about the top prospects for the 2018 NBA Draft, we often talk about the kids from the American NCAA collegiate basketball league. The likes of Marvin Bagley III of Duke, DeAndre Ayton of Arizona ( 7-1 ), ( 6-11 ) Michael Porter Jr. of Missouri ( 6-10 ) and Momamed Bamba of Texas ( 6-11 ). And then there is Oklahoma’s Trae Young ( 6-2 ), who is fast climbing the Draft boards with his stellar season.

Luka Doncic (@luka7doncic) is 18 years old, yet he’s the favorite to win Euroleague MVP. He’s averaging 18.1 PPG, 5.6 RPG, 4.8 APG versus ELITE pro competition. He has earned praise from Kristaps Porzingis and NBA executives think he has superstar potential. Get on the bandwagon! pic.twitter.com/ZozvzdgwSa 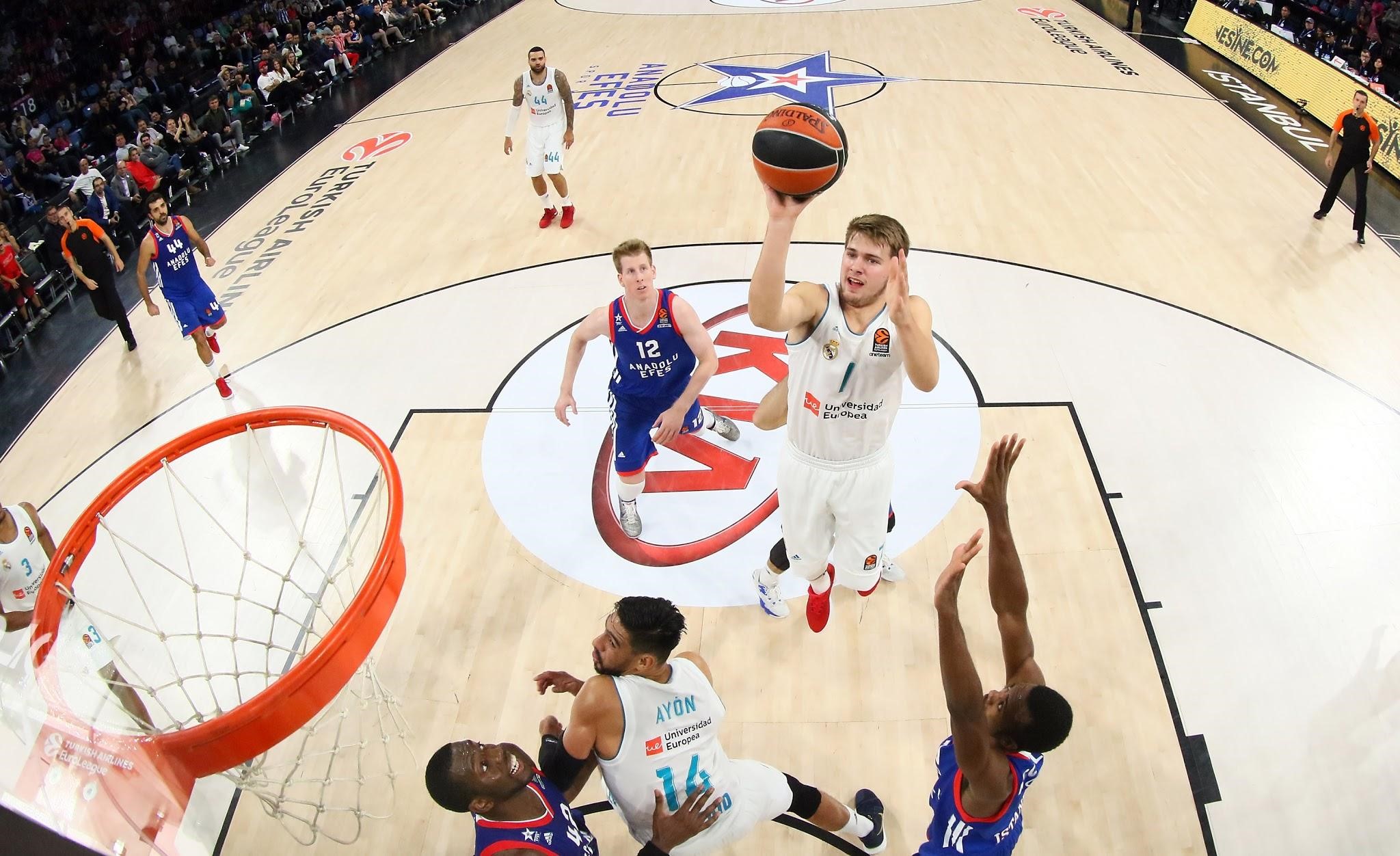 With the way he sees the floor and makes basketball decisions, you would think Doncic is 26 years old. But he’s not and isn’t even close to that age yet. You see, Luka Doncic is only 18 years old and yet he is playing in his fourth season for Real Madrid at the Liga ACB. Doncic signed his first pro contract at the age of 13 and at the age of 16, he was the third youngest player ever to play in the Liga ACB.

At Real Madrid, the Slovenian teenager shares the floor with former NBA veterans like Anthony Randolph, Gustavo Ayon, Jeffrey Taylor and Rudy Fernandez. Yet despite being in such a star-studded squad, the 18 year old Doncic is taking center stage as Real Madrid’s top scorer at 15.1 points per game this season.

Doncic’s impressive season in Europe has put his name on top of several NBA Draft lists in the U.S. Although he isn’t the tallest, biggest and the most athletic prospect in the draft, some quarters believe that he will be taken in the Top 3 or even as the top pick of the 2018 NBA Draft.

All Over The Leaderboard 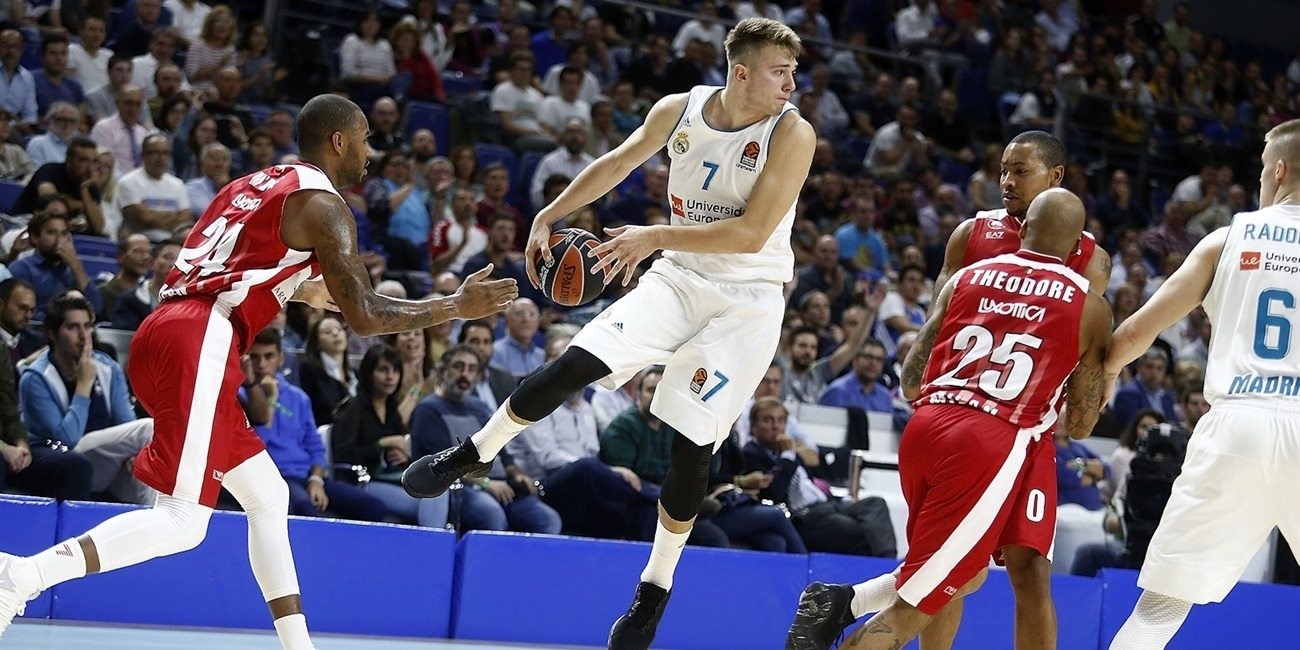 Luka Doncic is second in the Euroleague in scoring at 18.13 points per game, 7th in free throw shooting percenatage at 85.57%, fifth in three pointers made at 33 total and fourth in field goals made at 87 total. He is the Euroleague leader in free throws made and attempted with 83 and 97, respectively. Doncic is also tops in PER ( called index rating in Euroleague lingo ) at 25.06.

If you pay careful attention to his stat line, you’d realize he’s a complete offensive threat. Not only can Doncic shoot the three, he’s also good at drawing fouls and converting on free throw attempts. And by the way, his true shooting percentage this season is 52.35% just 19th overall in the Euroleague leaderboard but excellent for someone who is in the Top 10 in field goal attempts per game. We’re not even counting his 4.75 assists per game which is 8th best in the Euroleague.

You can search the Euroleague stats and Doncic is all over the leaderboard. That’s because there aren’t too many things that he can’t do inside the basketball court. Doncic is considered as one of the most accomplished prospect from Europe since Ricky Rubio. But with all due respect to Rubio, Doncic is a far more complete player at this stage of his career.

i audibly laughed at this luka doncic crossover and stepback. pic.twitter.com/Jiti4rsLxq

Shining On The Big Stage 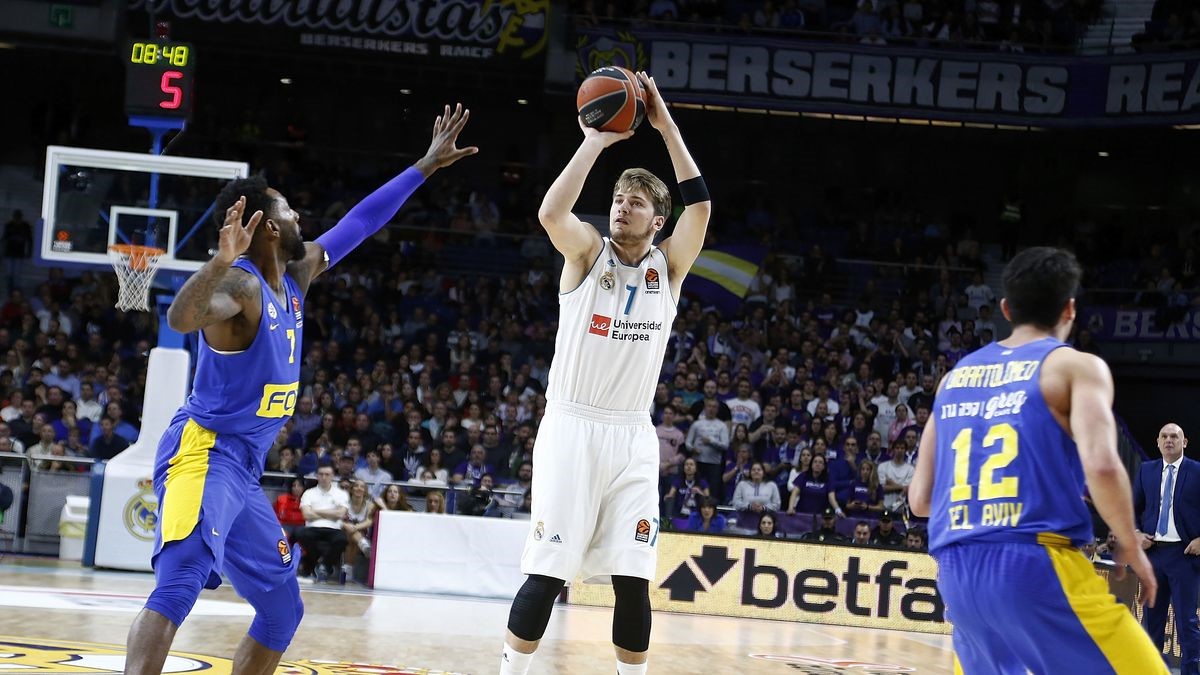 On December 8, 2017, Doncic scored a career high 33 points in an overtime loss against Olympiacos. Doncic shot 12-21 from the field, including 4-9 from behind the three point arc and 5-7 from the free throw line. The Slovenian wonder kid also added six rebounds and four assists while commiting just a single turnover in 37 minutes of playing time. The numbers were certainly impressive but the circumstances surrounding the game made it even more spectacular.

For one, Olympiacos isn’t just the top team in the Euroleague standings ( along with CSKA Moscow ) at 12-4, they are the top defensive team in the league, holding their opponents to a league low 73.94 points per game this season. And then according to reporter David Pick, NBA scouts from the Los Angeles Lakers, Denver Nuggets, Atlanta Hawks and Washington Wizards were on hand to witness Doncic finish through contact and pull up seamlessly from wherever he wanted to.

Doncic’s 33 points was the most points scored by any player against Olympiacos. The previous all-time high was 32, set by Mirza Teletovic in 2011. The difference was that Teletovic took three more shots and was already 26 years old when he accomplished the feat. Doncic is only 18 and he shines when the stage is brightest.

Far Ahead Of His Peers 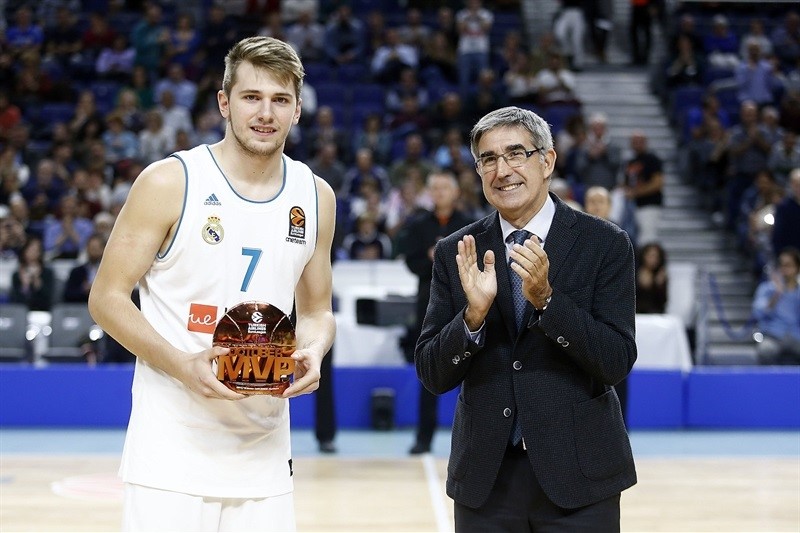 Luka Doncic just turned 18 in February 2017 and yet instead of playing in the European Under 18 championships or the Under 19 World Championships, he was a key figure in a Real Madrid squad that made the Euroleague Final Four last year. Being one of the best players in one of the best teams in Europe is quite a feat, achieving it at the age of 18 is unheard of.

Doncic isn’t the perfect NBA Draft prospect. He doesn’t have freakish athleticism,size or brute strength that make him a once in a lifetime talent. His defense at the NBA level is suspect. But given what he’s doing on offense at a stage that is probably second best to the NBA, he’s a can’t miss prospect.

The key to Luka Doncic isn’t just what he can do on the basketball court. What makes him more ( or most ) special is what he does at his age. He is so far ahead of his peers that we don’t know who are supposed to be his peers at this point of his career. Most kids his age and skill have the opportunity to become someone very special. Luka Doncic is already special. He is already a star. So don’t be surprised if Adam Silver reads his name ahead of everybody else in this year’s NBA Draft.