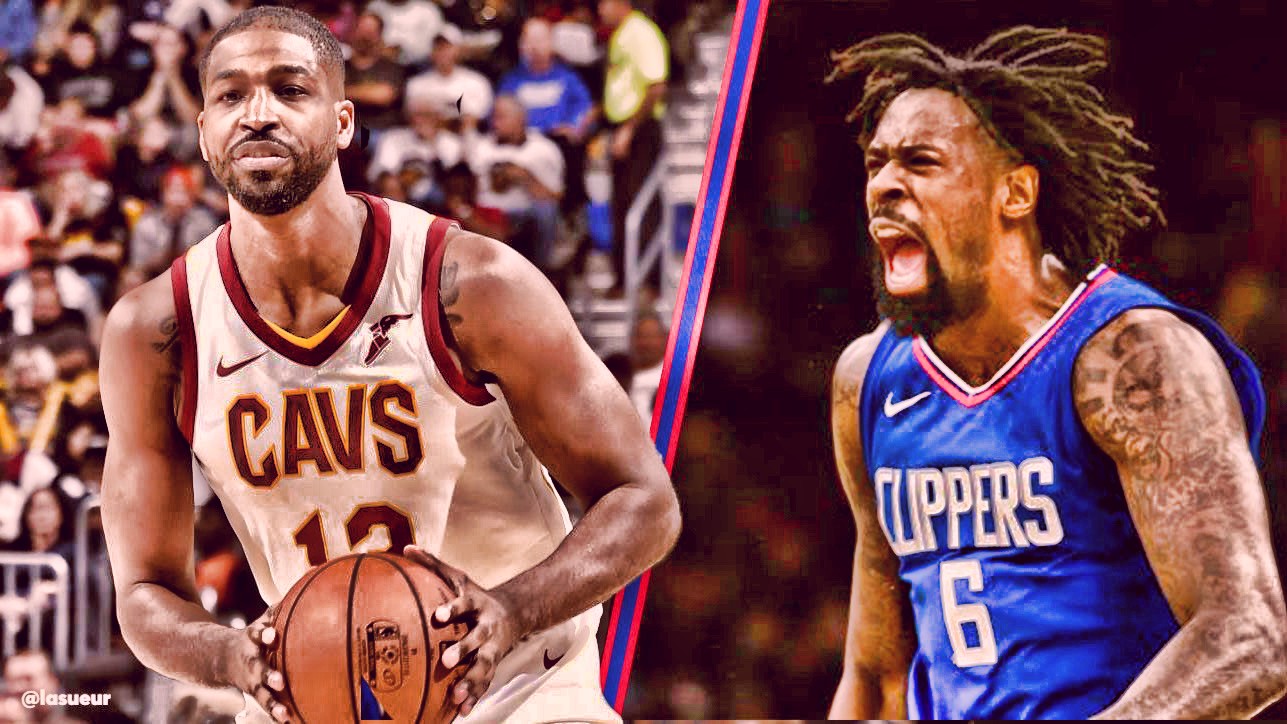 The month of December has historically been a lean month for trades. Since the NBA’s 2012-13 season, only four trades have been consummated from December 15-31 of a given year. Three of those happened in 2014 when Rajon Rondo was dealt to the Dallas Mavericks, Corey Brewer traded to the Houston Rockets and Anthony Tolliver shipped to the Detroit Pistons. The last time a December 15-31 trade happened was in 2015, when Ish Smith was traded to the Philadelphia 76ers.

But with December about to end and a new year about to usher in, the NBA’s teams will start to make their moves. The NBA’s trade deadline this season is on February 8 at 3PM ET and as that expiration date nears, things will get very interesting around the league.

This early, there are already plenty of names that are already floating in the rumor mill. Among those names are a handful of legitimate superstars and a bunch of young stars whose departure ( from one team ) and arrival ( in another team ) could spell the difference between contending for a title or heading to the lottery.

Here are five of the most prominent names that could be on the move before the 2018 NBA trade deadline: 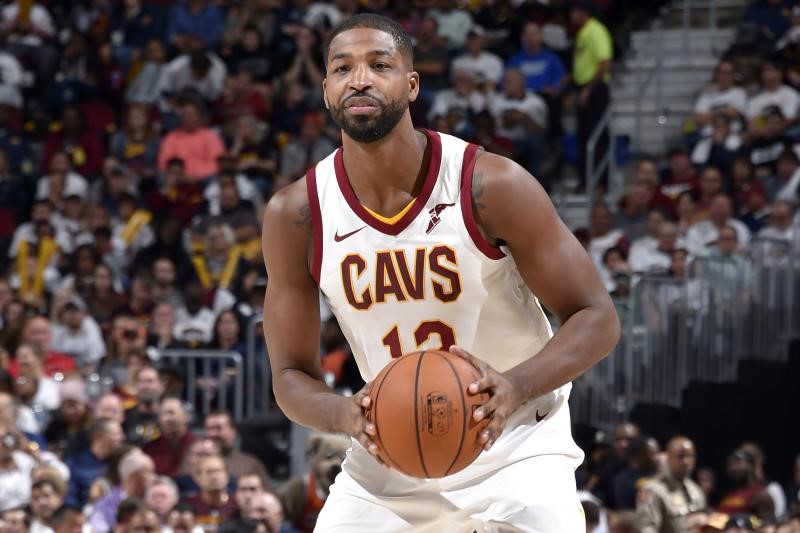 Tristan Thompson looked like the odd man out in Cleveland even before the NBA’s 2017-18 season began. After the Cleveland Cavaliers acquired Jae Crowder from the Boston Celtics in the Kyrie Irving trade, coach Tyronn Lue announced that Crowder would be taking over Kevin Love’s small forward spot in the Cavs’ starting unit and that Love would be the new starter at center. Thompson took the news well and even talked about wanting to win the NBA’s Sixth Man of the Year award this season in his new role with his team.

That was cute. But after suffering a calf injury very early in the season, things have gone sour for Thompson. Not only is he having the worst season of his career statistically, Thompson’s name has resurfaced in the rumor mill as one of the more significant players who could be on the move before the mid-season trade deadline.

This isn’t the first time this season that Thompson’s name has been linked to the trading block. Before Carmelo Anthony was traded, the Knicks inquired to the Cavs about Thompson but were rebuffed. Then when the Los Angeles rumors putting DeAndre Jordan’s name on the trading block came, Thompson was again in the center of the talks.

Trading for Anthony wasn’t seen as a plausible deal. But the story on DeAndre Jordan has its history. In November, there were talks that the Cavs were considering to deal Thompson to the Clippers for Jordan if it would help them beat the Golden State Warriors in the Finals and even if it meant Jordan would be a one year rental considering he can be a free agent after the end of the season. We know the rumors of LeBron James potentially leaving Cleveland next summer so for the King to stay, Dan Gilbert must show him his commitment to support James with the best crew possible to win a title. The Cavs are a loaded team but they lack a true center. Thompson is a good player but he isn’t that.

Julius Randle was supposed to be one of the Lakers’ cornerstones for the future but as things look right now, he might be at the wrong place at the wrong time. Randle’s current contract expires at the end of the season and while the Lakers will have the final say on him because he will be a restricted free agent, some team out there may make Randle a serious offer that the Lakers don’t want to match.

It’s an open secret that the Lakers will be splurging for a maximum contract superstar next summer. Heck, we’ve even heard stories that they will be gunning for two. The names of LeBron James and Paul George are on top of that list but while there is no certainty yet to the pair going to TInseltown next season, the Lakers want to have as much free agent money as possible to help make that dream a reality.

Giving Randle free agent money minimizes LeBron and/or PG13 money, making Randle expendable. What’s more, Randle has never really found consistency throughout his Laker career and he has not been able to fit very well in Luke Walton’s system. The arrival of Kyle Kuzma and the rookie’s emergence as a star has also devalued Randle in the Lakers’ rotation and perhaps has made it easier to part with him- even if the Randle trade rumors had began long before Kuz arrived in L.A.

It’s rumored that the Lakers are using Randle ( and/or Jordan Clarkson ) as baits in order to unload Luol Deng’s contract. Deng is still owed $36M after this season and at $18M per annum, the Lakers need to unload that money more than they need to unload Randle. But who would take Deng one on one right now? With someone like Randle packaged, it’s a different story. 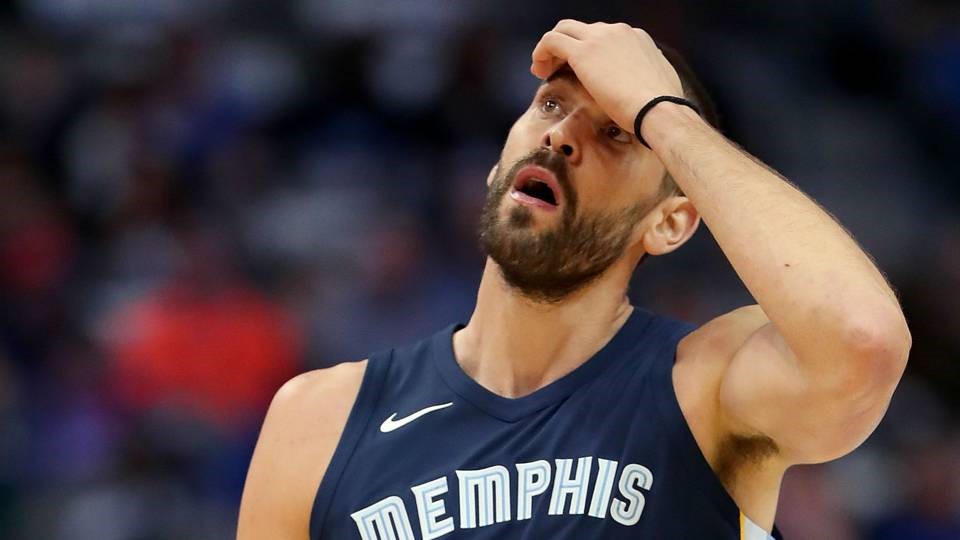 Among the names on this list, Marc Gasol’s is the latest to join the rumor mill. Things got sour in Memphis after Gasol was benched by former coach David Fizdale during the fourth quarter of a game against the Brooklyn Nets. Gasol was not happy with the incident and Fizdale ended up getting fired for doing what he did.

The Grizzlies management did the right thing in siding with Gasol because after all, he’s been part of the best success the franchise has ever accomplished. But just when we thought that all’s well that ends well in Memphis, we were wrong. After the Grizzlies struggles to 7-12 under Fizdale, they’ve plummeted to the bottom of the Western Conference with a current 11-24 record.
A couple days ago, Gasol told media that he was ‘too old to throw away a season’. While that was an answer to a question about the Grizzlies possibly tanking the rest of the way, Gasol’s words may have deeper meaning. With Mike Conley still hurt, the playoffs are likely out of the question for Memphis this season. And because of that, some quarters are saying that they would be better fighting for the top lottery pick than going for wins. Gasol doesn’t want any part of that.

The only way Gasol avoids a losing season is going somewhere, which might not be a bad idea for both parties. Memphis is headed for a rebuild ( they were already, at the start of the season when they let go of Z-Bo and Tony Allen ) and as one of its elder statesman, Gasol isn’t a part of that plan. Marc wants to win. He can only do so in another city. Do the math. 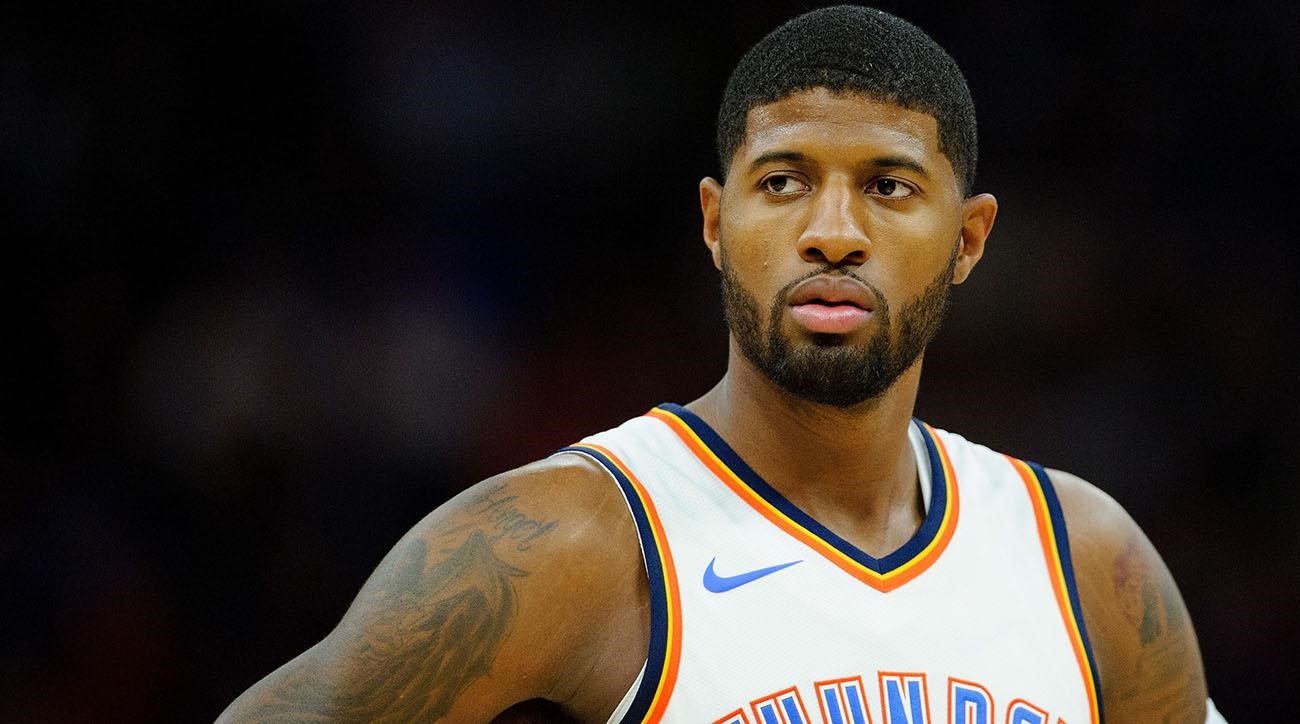 Even before he played his first game for the Oklahoma City Thunder, nobody was thinking he would stay there beyond this seasons. For one, George was already talking about a Los Angeles homecoming even when he was still playing for the Indiana Pacers. When he was traded to the Thunder, George said that wasn’t a done deal yet and that a ‘killer season’ in OKC could make him stay for good.

Although the Thunder have steadily made progress and are beginning to climb the Western Conference standings, this is very far from a ‘killer season’ by any definition. The Thunder have struggled to mesh their three all-stars into a cohesive unit and while Carmelo Anthony has told Russell Westbrook not to defer to them, it’s still not going to be a walk in the park.

The Thunder will likely make the playoffs but where they go from there is still a huge question. Sure, there are games where they’ve shown flashes of brilliance of a super team but there were more games when they showed lack of cohesion and plenty of one on one plays. You can’t blame them, they’ve got three All-Stars playing together in one side of the basketball court.

George is an unrestricted free agent at the end of the season, meaning no one controls his destiny except himself. With each passing game, the pressure to win mounts in OKC.
Head coach Billy Donovan has his job cut out for him and with no guarantee that George will be more than just a one year lease, GM Sam Presti may need to push the trade button. 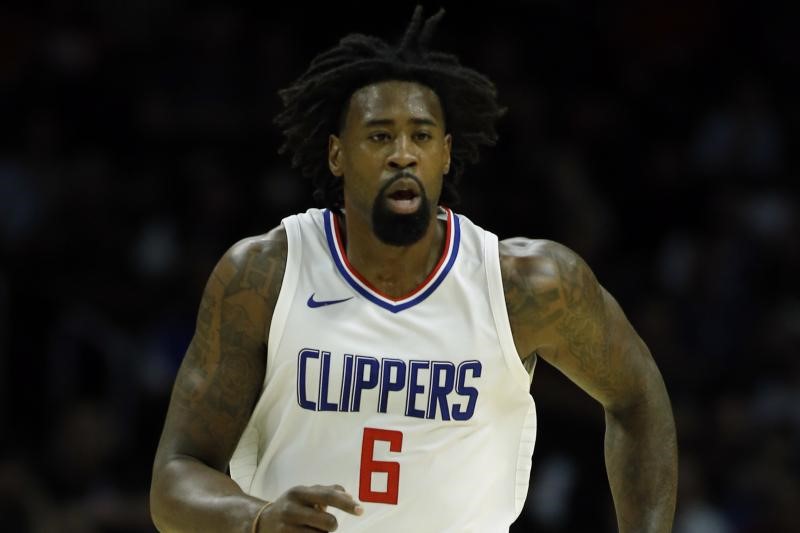 Many say Lob City died when Chris Paul left Los Angeles for Houston. The player most affected by Chris Paul’s departure was perhaps DeAndre Jordan. Paul and Jordan were the best alley-oop tandem for years and Jordan led the NBA in dunks for several seasons because CP3 set him up with some of the best alley-oops you can ever seen.
This season, not only is Jordan averaging his lowest scoring output since 2015, he is also averaging under .700 in field goals for the first time in four seasons. Jordan’s average dunks per game is fewer this season than it has been the past four seasons. The reason? Your guess is as good as ours. Without CP3, Jordan’s life hasn’t been as easy. And while he is still a valued contributor in Los Angeles, Jordan isn’t as effective as he was when Paul was around.

But Jordan’s performance this season, nor Lob City’s demise are the main reasons why he is the top player on this list. Jordan’s $22.6M contract is expiring this season and with a $24.1M player option next season, Jordan may have become too expensive for the Clippers. Just this summer, the Clippers signed Danilo Gallinari to a $20M annual salary. and they re-signed Blake Griffin to a maximum $171M extension. Adding Jordan would make them a financial mess and with the team looking for a new identity, it may be sound to look for new pieces too.

Jordan is a good find for any team, despite his many limitations. That’s the reason why his name has always been included in trade rumors. Jordan has recently been linked to Tristan Thompson and Marc Gasol. He’s also been rumored to be the apple of the eye of the Milwaukee Bucks who were said to be willing to part with Jabari Parker among several players to get him.

For now, it’s status quo as the year comes to and end. But expect the teams to start burning those telephone lines as the new year begins and the deadline approaches. It’s going to be interesting to see who’s going where before the February 8 trade deadline expires.