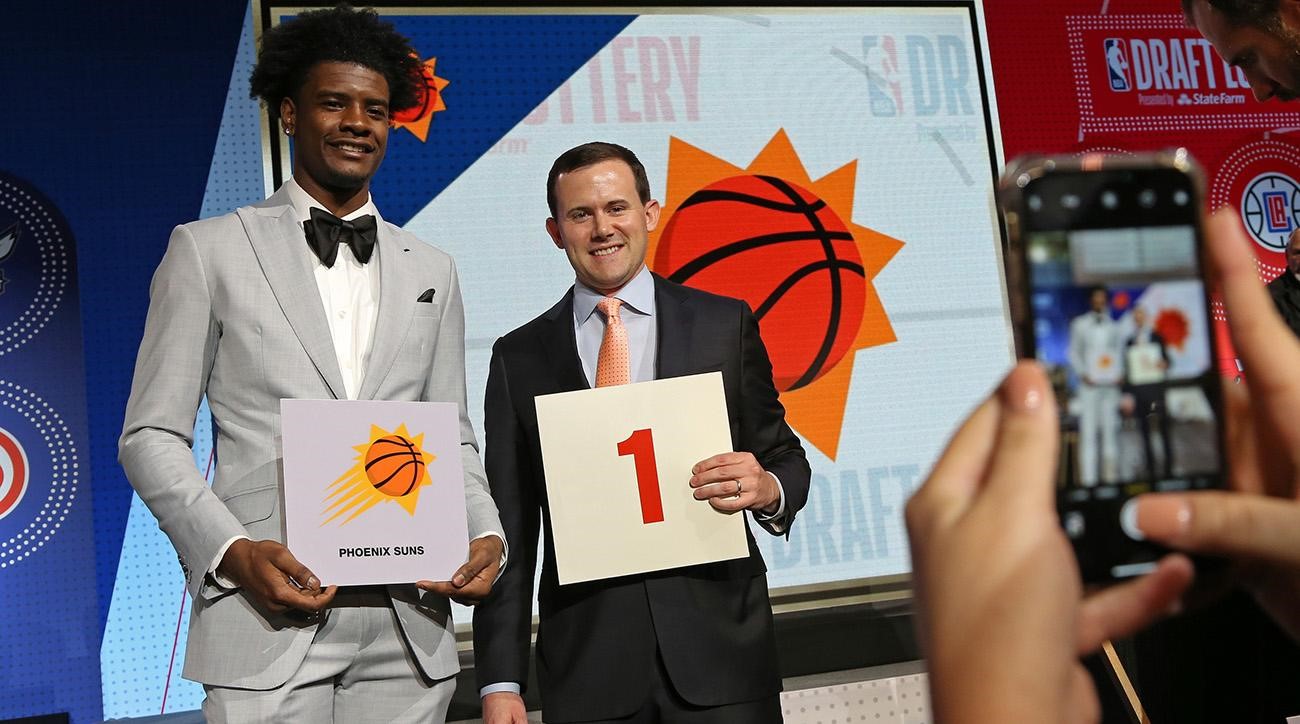 Five Trades The Phoenix Suns Would Consider For Their #1 Pick

The 2018 Draft is loaded with talent and the Suns could surely get a future cornerstone with the top pick. Phoenix is rumored to be torn between taking DeAndre Ayton from the University of Arizona and European sensation Luka Doncic. But last month, GM Ryan McDonough also talked about the possibility of trading their #1 pick. McDonough talked about considering a trade that includes an ‘NBA star’.

While that may not be their top choice, let’s take a look at five possible trade packages that the Suns would likely consider if they end up trading the #1 pick of the 2018 NBA Draft: 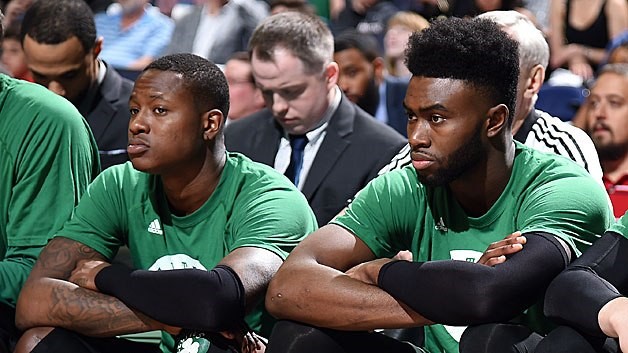 Just because the Boston Celtics made the Eastern Conference Finals without their top two players doesn’t mean they won’t be busy this offseason. The Celtics have long been rumored to be coveting Anthony Davis of the New Orleans Pelicans and are believed to be considering trading for Minnesota Timberwolves big man Karl Anthony Towns should the Wolves make him available via trade.

However, recent gossips are saying that Boston may be abandoning their plan to get either Davis or Towns to focus on the young talents in the 2018 NBA Draft. The report says Boston has an eye for University Texas center Mohamed Bamba. But if Boston is going to trade its young assets or draft picks to move higher in the draft, then why not move all the way up?

DeAndre Ayton at #1 would give Boston the best possible big man in the 2018 NBA Draft. The 7-1 center from the University of Arizona averaged 20.1 points and 11.6 rebounds in 33.6 minutes of playing time per game for the Wildcats. Some scouts question his defense but given his physical gifts, he has an incredibly high ceiling.

To get Ayton, Boston must part with Jaylen Brown and Terry Rozier. Now Brown may not be the ‘star’ that the Suns want in exchange for their #1 pick but we saw what Brown did in the postseason and we’re 100% sure that he is going to be a star very soon. Brown is 21 and still has a full career ahead of him. Adding Rozier would give the Suns the point guard to pair with Devin Booker. With Rozier’s three point shooting abilities, the Suns can have their own version of the Splash Brother. As for Jaylen Brown, he’s going to be a very good player and the Suns can build around him and Devin Booker. 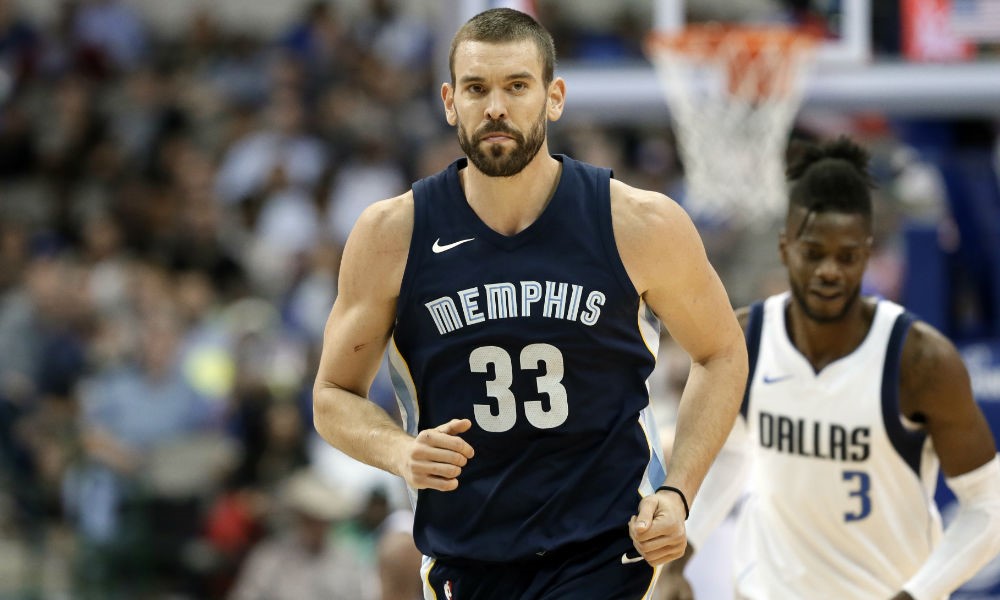 We know what happened to the Memphis Grizzlies and Marc Gasol. We also know that the issue was ‘resolved’ when Memphis fired David Fizdale to appease their All-Star center. But ‘Grit and Grind’ died when Memphis moved on from Zach Randolph, Tony Allen and Vince Carter.

With the looks of it, the Grizzlies are headed for a rebuild and Marc Gasol has stated that a rebuild ‘isn’t the easiest or most comfortable situation’ for the Grizzlies. Without saying it point blank, it appears he doesn’t want any part of a rebuild. And we don’t blame him.Gasol is already 33 years old and wants to get his chance at an NBA title.

Gasol won’t get that chance in Phoenix but what he’ll get is a fresh start and an opportunity to mentor the Suns’ young stars like Devin Booker, Josh Jackson, Marquese Chriss, T.J. Warren and Dragan Bender. Now while Gasol fits McDonough’s bill as ‘NBA star’ his age does not. But if Memphis dangles the #4 pick along then the Suns would make the deal. 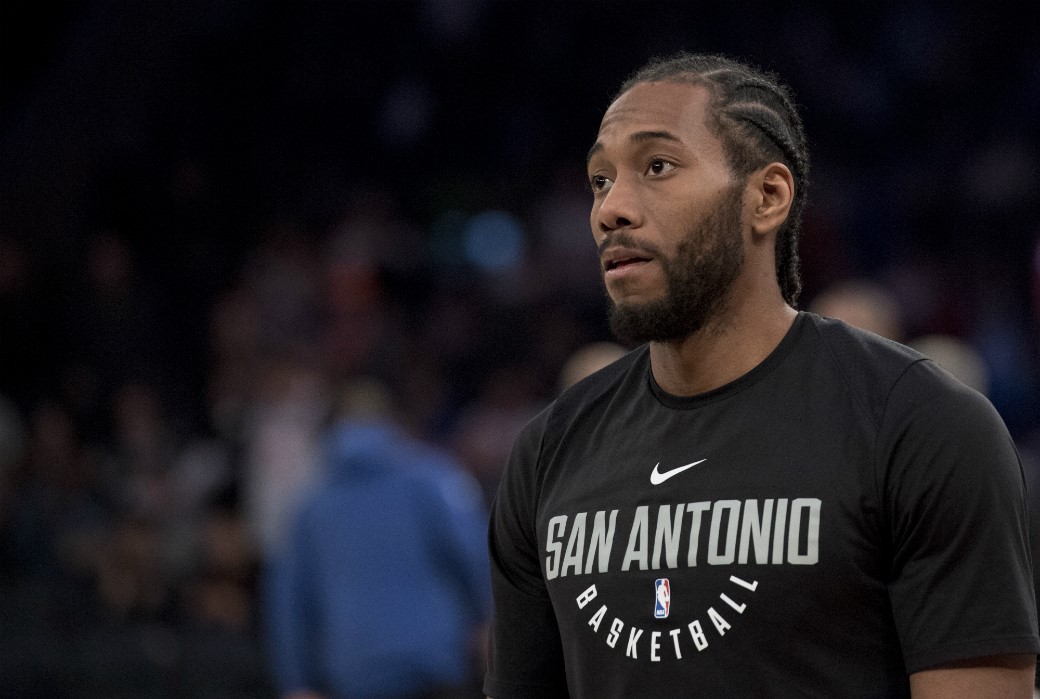 The San Antonio Spurs are reportedly going to offer Kawhi Leonard the super max contract on July 1 but that doesn’t mean that bygones are bygones. We saw what happened to the Spurs and Leonard this season but we don’t know why it happened. There have been plenty of speculation regarding the Kawhi Leonard issue and the bottomline is nobody outside the organization knows the real score.

For all we know, trouble exists between the Spurs and Leonard. If that is so, the Spurs must act fast. Although trading Kawhi Leonard would be the last thing on their minds, they would have no choice but to go in that direction if Leonard continues to hold out. The Spurs cannot be held hostage for too long. It may be time to move forward.

Getting the #1 pick won’t compensate for Kawhi Leonard but it would certainly mitigate the damage. Sooner or later, the Spurs are going to rebuild. Why not now when they have the chance to do so?

Leonard is only 26 and has yet to hit his athletic prime. He is one of the best two way players in the NBA today. Sure, he is coming off an injury but every other team would want to get their hands on him if possible. Leonard is a proven player and if the Suns get him, he is going to make an immediate impact. 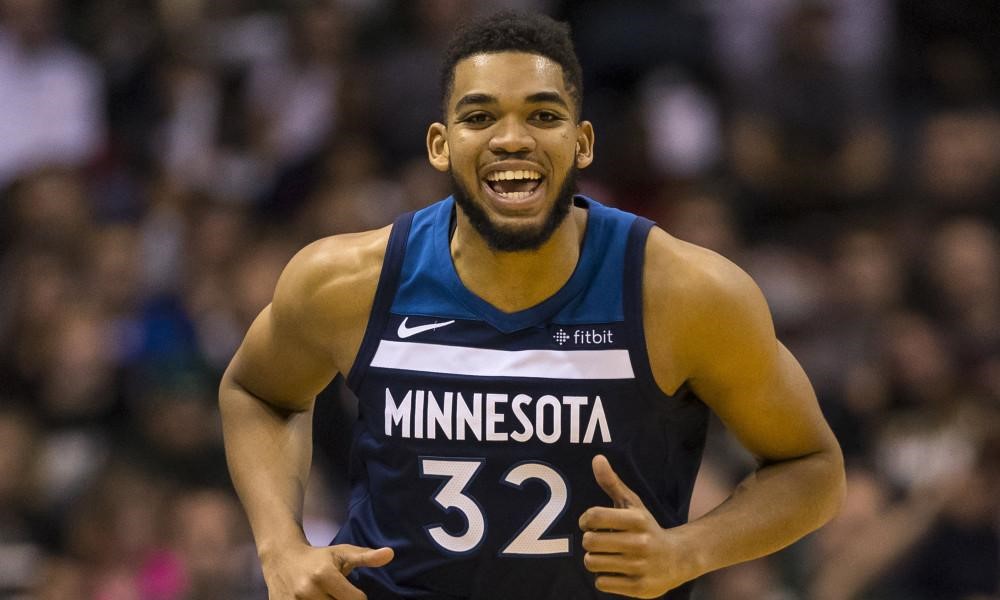 Last month, we heard rumors of a possible fallout between Karl Anthony Towns and the Minnesota Timberwolves. According to ESPN’s Zach Lowe, Towns and the Wolves ‘are not in a good place internally’. Now the Wolves have not made it known that Town is available via trade but if they do, KAT could be the best option for the Phoenix Suns.

In Towns, the Suns will be getting the player who was voted two year in a row by NBA GMs as the player they want to build a franchise around. He’s a unicorn in his own right - A seven footer with great handles and who can shoot the three point shot. And yes he was Devin Booker’s college teammate at the University of Kentucky. Didn’t Booker tweet a photo of KAT wearing a Suns jersey last month?

The Wolves obviously want to keep Towns but if he is no longer happy there, then they can trade him to Phoenix and get the right to draft Ayton. Even if they lose Towns, the Wolves still have former #1 pick Andrew Wiggins and Jimmy Butler in town.

Big man for Big man. This would be the best case scenario for the Suns as Towns is only 22 years old and has a full career ahead of him. Getting Towns would also make Booker happy, that’s for sure. 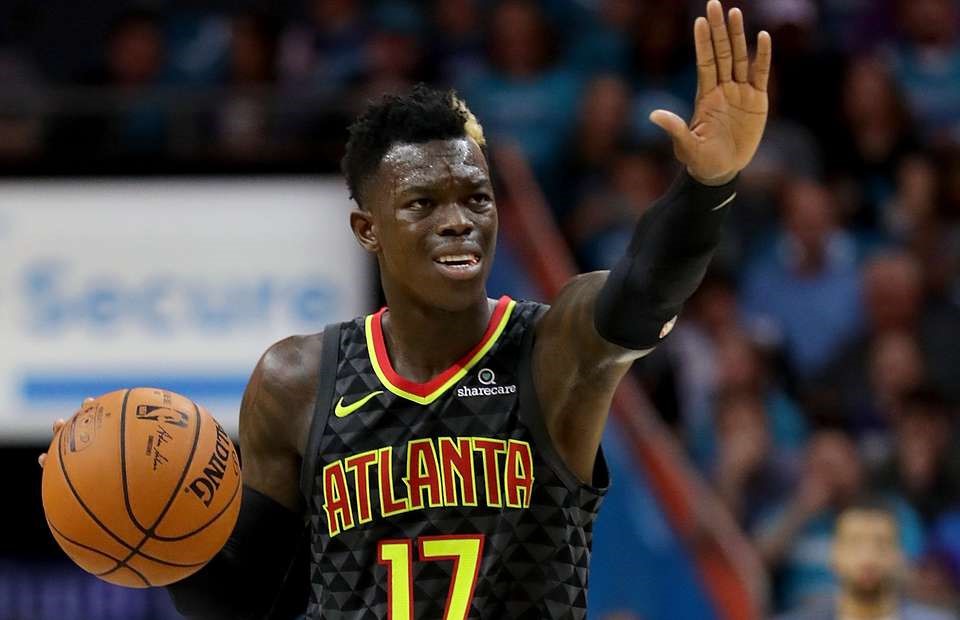 Like the Memphis Grizzlies, the Atlanta Hawks are headed to a rebuild. That new direction may not have a spot for point guard Dennis Schroeder. Schroeder has developed into one of the best scoring point guards in the NBA. Recently, Schroeder talked about doing what’s best for him and usually, that’s another way of saying a player wants out of the team.

The Suns already have Elfrid Payton but he isn’t a proven point guard yet because if he were, why did the Magic give up on him this early? Having said that, putting Payton behind Schroeder would give Phoenix an excellent point guard rotation. Not to mention that Schroeder will give Devin Booker the much needed scoring help.

But Phoenix won’t take Schroeder alone for the #1 pick. The Hawks must yield their 3rd pick too. That won’t be a problem because the Hawks will get the top pick of the 2018 NBA Draft in return. Hawks GM Travis Schlenk said that they are looking at the possibility of trading up to pick higher in the draft but it isn’t a priority. However, if Schroeder wants to leave, then the Hawks might want to trade up.

If Ayton is the top pick, Phoenix will still have either Donkic or Bagley available at #3 if they trade down. That’s still not bad as both are sure future NBA stars. To get either with Dennis Schroeder as filler is a huge bonus for a young team like the Suns who don’t have a solid player at the point guard position.