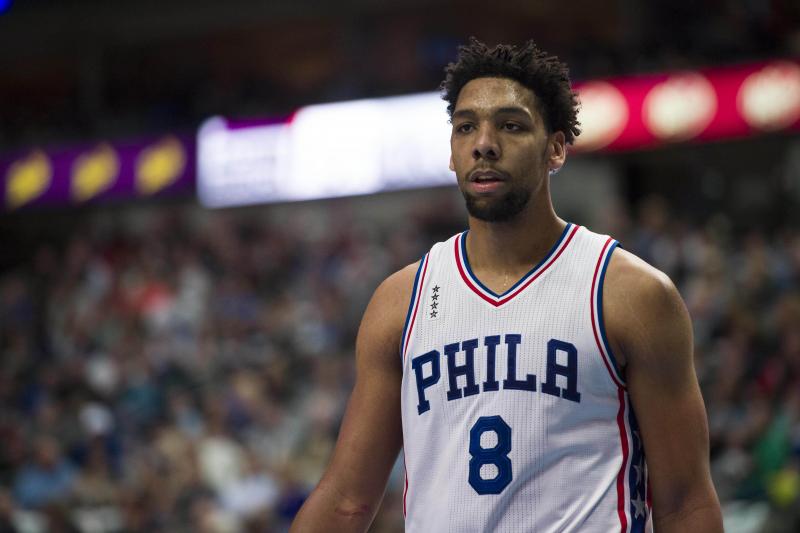 Jahlil Okafor Is Free At Last

The stalemate is over. Jahlil Okafor is free, at last.

After a long standoff, the Philadelphia 76ers finally traded center Jahlil Okafor. The former Duke standout was traded to the Brooklyn Nets on Thursday, ending two seasons of frustrations on both sides. 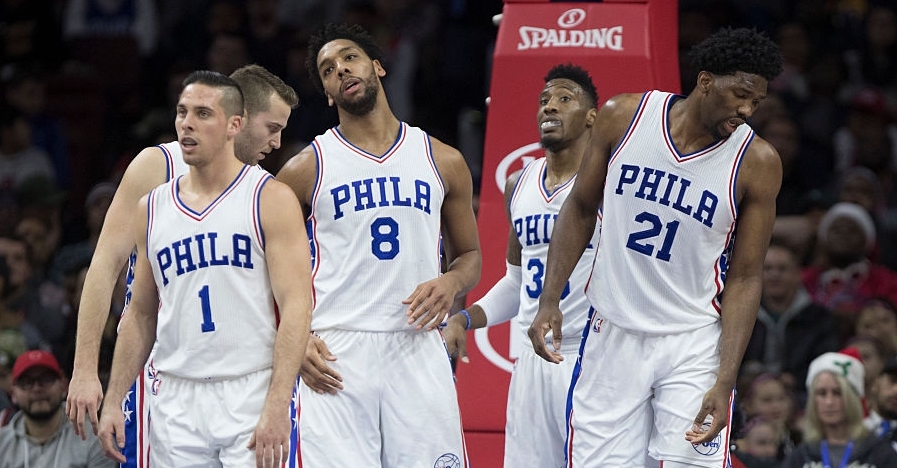 Okafor was the Sixers' third overall pick in the 2015 NBA Draft and was named to the NBA's All-Rookie First Team in 2016 after leading the Sixers in scoring with 17.5 points per game. But while he flourished, the Sixers were abysmal. Philly finished the 2016 season with a forgettable 10-72 record and Okafor was involved in an altercation outside a Boston nightclub which had him suspended for two days.

When Joel Embiid finally suited up for the Sixers last season, Okafor slowly fell from grace and out of head coach Brett Brown's regular rotation. Not only did the Sixers have a loaded frontcourt, Jahlil Okafor's game looks like a relic from the pre-historic era of the game of basketball.

Okafor has got a very good low post game but doesn't have an outside shot. In a game where seven foot unicorns like Kristaps Porzingis and Karl Anthony Towns make three pointers like guards, Okafor has made just one three pointer his entire NBA career. Not only is Okafor's range limited, his effort and defense were also questioned. Reportedly, these were some of the basketball reasons why the Sixers decided to move on from Okafor. He can score but he didn't fit.

Unable To Find A Partner 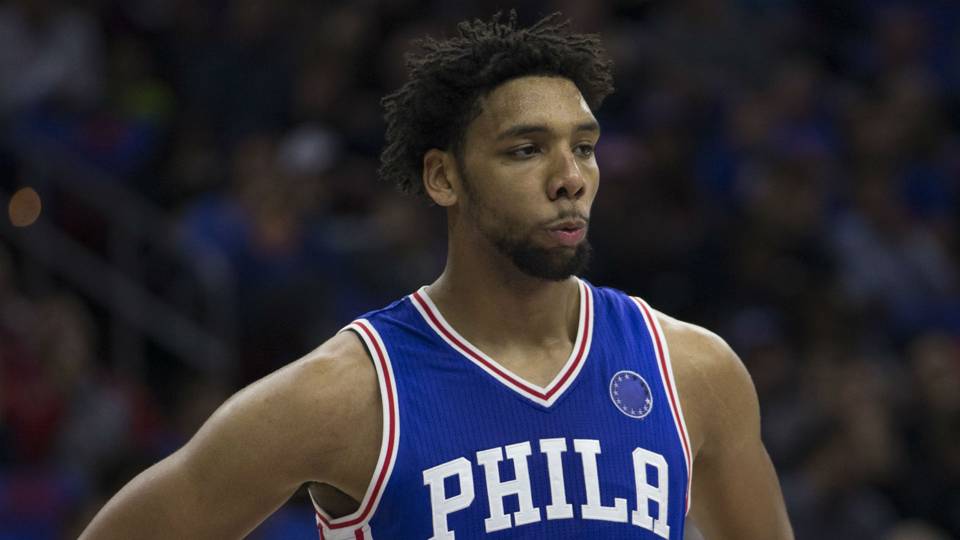 The Sixers have been actively trying to trade Okafor for two seasons now. The Sixers have discussed moving him with teams like the Chicago Bulls, Denver Nuggets, New Orleans Pelicans and the Portland Trail Blazers among others. But they've never been able to find the right dance partner because the other teams would either ask for an additional player or draft pick before taking Okafor in.

Last season, it looked as if the Sixers had a deal for Okafor. They sat him out for two games in February ( before the trade deadline ) because a deal with Portland was close to being done. But the Blazers decided to do a trade with the Denver Nuggets for Jusuf Nurkic & a 2017 first rounder for Mason Plumlee plus a 2018 2nd round pick.

Since then, Okafor has played in just 15 games for the Sixers, 13 to finish the 2016-17 season and only two in the current season. His last game as a Sixer was on 11/7/17 when he played 3 minutes during a win against the Utah Jazz. Okafor also played 22 minutes during the Sixers' blowout loss to the Toronto Raptors on October 21. 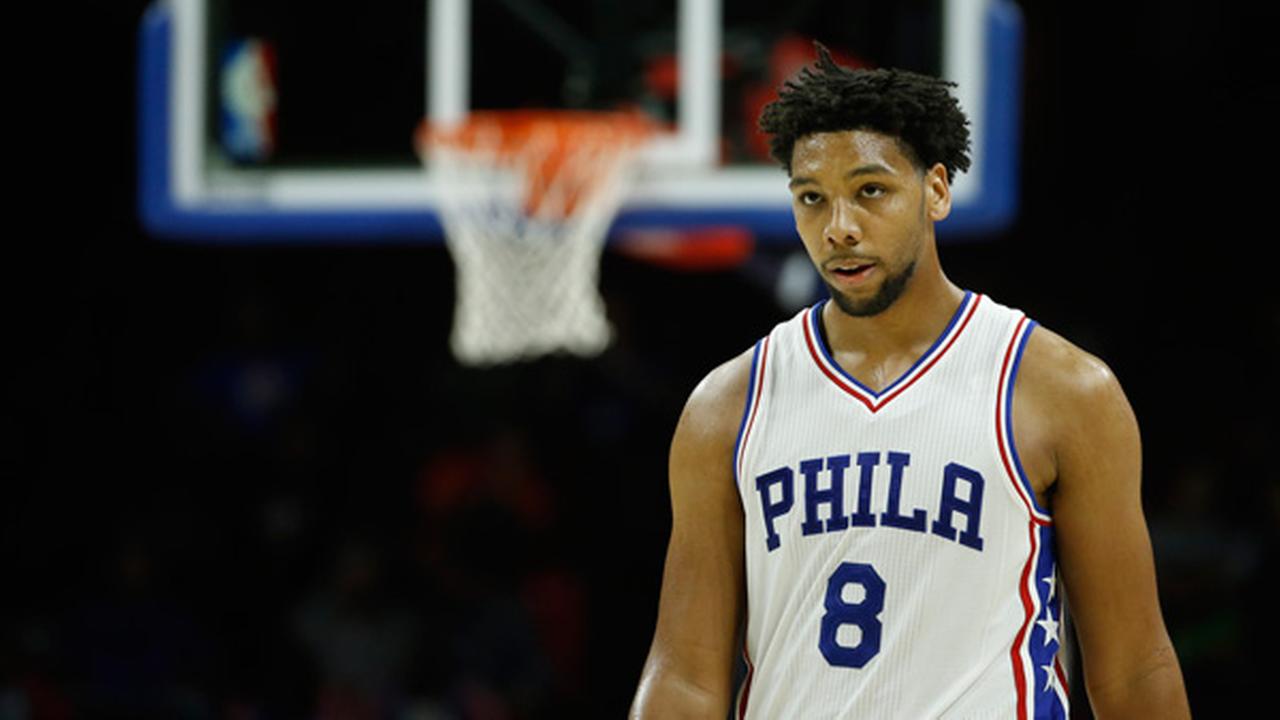 And then came the final straw. The Sixers refused to pick up the $3.6M fourth year team option on Okafor's rookie contract. That decision enabled the Sixers to free up cap space for next summer's free agency period. In response, Okafor wanted out - whether by buyout or a trade.The Sixers rejected the option of buying him out but with his trade value 'declining', the Sixers bended their terms. Said Bryan Colangelo:

"There was never an opportune moment to trade Jah. There was a declining value over time and we we're cognizant of that and we adjusted our discussions with teams according to that declining value."

And so it happened. With Brooklyn being a willing taker, the Sixers shipped Okafor along with Nik Stauskas and a 2019 second round pick. Stauskas was the 8th overall pick in the 2014 NBA Draft by the Sacramento Kings but was traded to the Sixers after his rookie season. Stauskas was never able to live up to expectations, whether in Sacramento or in Philadelphia. Like Okafor, he is hoping to get an opportunity to prove his NBA worth in Brooklyn. 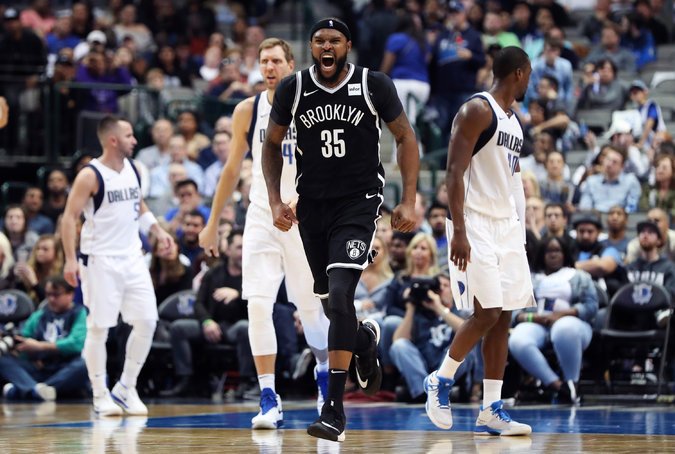 In Trevor Booker, the Sixers get a 6-8 Power Forward who is averaging 10.1 points, 6.6 rebounds and 2.1 assists per game this season. He's started five of eighteen games for the Nets and is known as a solid defender. Booker should be a good veteran addition to the Sixers bench. He is set to become an unrestricted free agent this coming July so he won't affect Philadelphia's roster flexibility for next season.

The Sixers will be Booker's fourth team since being drafted 23rd overall in the 2011 NBA Draft by the Minnesota Timberwolves out of Clemson. He never played for the Wolves as he was immediately traded to the Washington Wizards on draft night. After four seasons in Washington, Booker also played for the Utah Jazz ( 2 seasons ) before heading to Brooklyn in 20116. 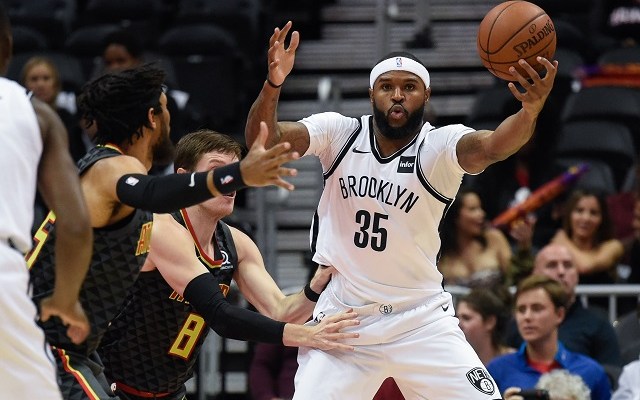 Sixers President of Basketball Operations Bryan Colangelo talked about Booker's ability to contribute on both ends of the court. He also believes Booker's experience will come in handy, especially since the team is poised to make a run at the playoffs this year:

"Trevor Booker has been a solid and competitive two-way contributor at every NBA stop," said Bryan Colangelo, the Sixers president of basketball operations. "Trevor's ability should complement our style of play and his experience should add to our bench depth with playoff contention in mind."

Philly has the second youngest team in the league this season at 24.7 years old so Booker's veteran experience should be invaluable to the Sixers. They also give up the 24th most points in the league at 108.1 points per game, making Booker's defensive skills also very useful, especially if they make it to the playoffs.

The Sixers currently occupy the 8th and final playoff spot in the Eastern Conference with their 13-11 record. Although the season is still not halfway done, pre-season predictions included the Sixers among the playoff teams in the East. With the way their are currently playing, making the playoffs isn't a far fetched dream.

A Chance, At Least 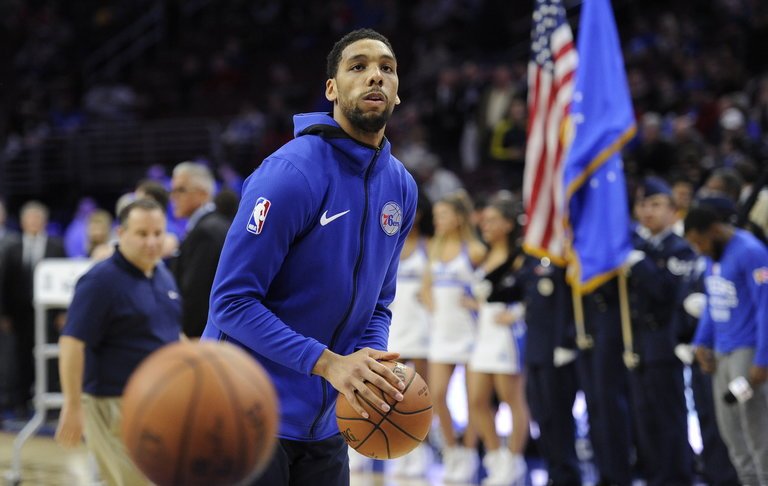 No one knows what kind of a player Jahlil Okafor will be. Maybe he is going to become a great player. Maybe he will just be good and serviceable. Or maybe he is going to be a bust. But we were never going to know unless he was given the chance to prove himself. Brooklyn has given him that opportunity and soon we'll have our answers.

In Brooklyn, Okafor will have the opportunity to play alongside D'Angelo Russell, the guy picked ahead of him in the 2015 NBA draft. Like Okafor, Russell was cast away from his original team - the Lakers, but is now doing well with the Nets. That's what Nets GM Sean Marks hopes will happen with Okafor ( and Stauskas too ):

"We are excited about the prospects of both Jahlil and Nik, as well as adding another future asset which will aid us in our continued roster development," Said Marks in a press release. "This trade provides us with a good opportunity to bring in two young players who were high picks in recent drafts and give them a chance to succeed in our system."

We know about Jahlil Okafor's limitations. But by the way he handled his situation in Philly, he showed that he's grown up. He asked for a buyout or a trade but he kept his frustrations away from the public eye and behind the scenes. He put on a good face and was never a locker room problem. Now that he has a second chance, he needs to prove that he can grow his game too.