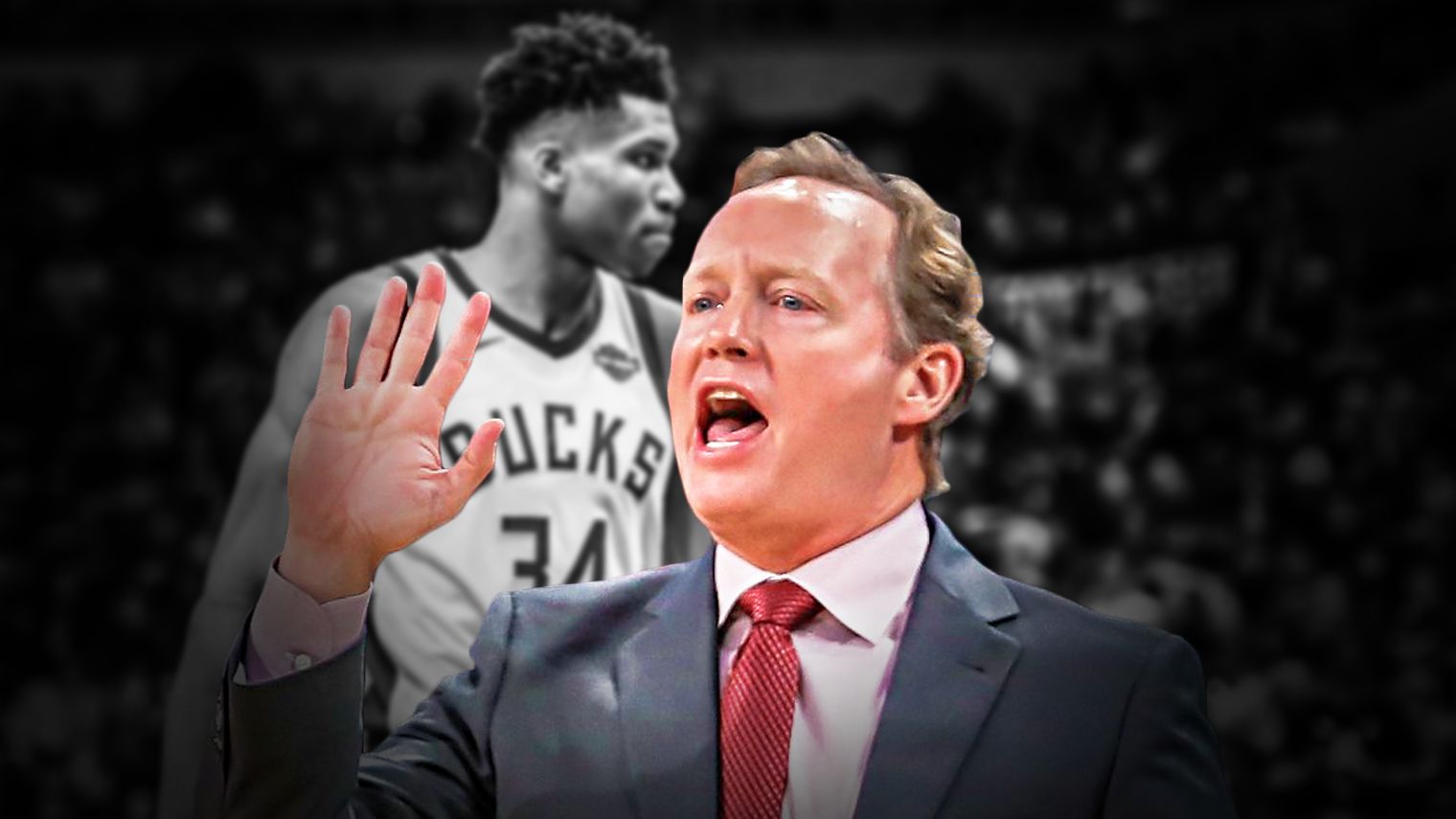 Mike Budenholzer Has Turned The Bucks To An Elite Team

When the current NBA season began, the so-called experts tagged the Boston Celtics and the Toronto Raptors as the favorites to rule the now Lebron-less Eastern Conference. King James had ruled the East for the past 15 season and year after year, the road to the NBA Finals had to pass by LeBron James. But with James going West this year, the East was considered an open field, with the Celtics and Raptors as frontrunners to win it.

The Milwaukee Bucks were also considered as contenders in the East this season but were certainly not held in the same breath as the Celtics and Raptors. The Bucks have one of the NBA’s rare unicorns donning the Milwaukee jersey in the Greek Freak Giannis Antetokounmpo. With Antetokounmpo getting better year after year, there has always been enough reason to fear the deer every year. But with Giannis unable to take the Bucks to elite level status despite his growth into one of the premier talents in the NBA, Bucks new it was time to pair its superstar player with a superstar coach-one that would not only bring out the best in him but also bring out the best in the team.

And so last summer, the Milwaukee Bucks hired Mike Budenholzer to steer their ship to the title. Budenholzer previously coached the Atlanta Hawks and was the NBA’s Coach of the Year in 2016 after leading the Hawks to a 60-win season. His team reached the playoffs in four out of his first five season but the Hawks went 24-58 last season, in line with the team’s efforts to rebuild for the future.  Budenholzer wanted no part in a rebuild and with him and the team no longer on the same page in terms of direction, they decided to part ways. There were several other teams interested in Budenholzer, but he ultimately chose the Bucks and that may have been the best decision.

The Bucks raced to a 7-0 record to open the 2018-19 and has never looked back. Milwaukee is currently 22-10 and owners of the best record in the Central Division and the second best record in the Eastern Conference. And the reason behind this is the Bucks’ new style under coach Bud.

Last season, the Bucks ran 4-out-1-in motion offense that clogged the lanes and saw Giannis hounded by multiple defenders when he attacked the paint. Milwaukee’s opponents also saw it easy to help off the other Bucks’ played because of their lack of outside shooting or lack of spacing on the floor. Enter Mike Budenholzer.

The Bucks now run a 5-out motion offense that puts all five players on the court outside the three point line, in constant motion and ready to take the open three pointer. This kind of spacing gives Antetokounmpo the better space he needs to attack the basket and utilize his supreme one on one abilities. Here’s one video on YouTube we found that highlighted the Bucks’ 5-out motion offense:

Impressive isn’t it? To make it work though, the Bucks needed to retool their roster to give them the lineup that would make this system work. Almost as immediately as the free agency period began, the Bucks signed forward Ersan Ilyasova, who played with Budenholzer in Atlanta. Ilyasova entered this season a career 36.5% three point shooter who made at least one three pointer per game in his entire NBA career. Not only that, Ilyasova also plays great defense and is an excellent veteran presence around young talent.  He proved that when he played for the Sixers during last season’s playoffs.

Aside from the two major free agent signees, Milwaukee also quietly added guard Pat Connaughton to their lineup. Connaughton shot 35.2% from the three ball last season and made a career high 74 three pointers with the Blazers during the 2017-18 season. Likewise, Connaughton was known as a tough guard defender who could give opposing guards fits on defense.

With three three point shooting veterans added, Budenholzer thenee pointer convinced the existing players on his team: Khris Middleton, Eric Bledsoe and Malcolm Brogdon to shoot the three pointer more during games. This has resulted to the increased number of three point attempts from those players this season as compared to previous season. Of course, more attempts meant more chances to make more threes and the Bucks have made drastic improvement in that department.

With the Bucks now a real threat to shoot from behind the arc, the opposing defenses have noticed and began defending them from outside the arc. And once teams thought they would do the job by closing out on their shooters and limiting their three point shooting, the Bucks’ main offensive weapon was unleashed.

Antetokounmpo suddenly saw wide open lanes and a clearer path to the basket. As a proof, he leads the league in dunks with 129as of 12/22/18. Not only that, Antetokounmpo is shooting at a career best 59.1% from the field this season and his 26.8 points per game scoring average is just 0.1 off his personal best which he set last season. With his teammates’ improved three point shooting, Giannis has been able to kick out passes and pick up assists. That’s why he’s averaging a career high 6.1 assists per game this season. So you see, Mike Budenholzer has maximized Giannis’ talents and the Greek Freak has responded with yet another freakish season.

And it’s not just Giannis. The Bucks’ offense ranks second in the league in shots at the rim per 100 attempts and more importantly, they have the second best effective field goal percentage at the rim at 72.2%. That means more points scored and the Bucks are currently the highest scoring team in the league at 117.8 points per game. They rank third in offensive efficiency, behind Golden State and Toronto which are touted to be the top two teams in the league this season. Milwaukee’s True Shooting Percentage of 58.6% also ranks second behind the Warriors and they are tied with the Dubs for the best Effective Field Goal percentage in the league at 55.4%.

Milwaukee’s offensive transformation is startling. But it’s not only on that side of the floor that the Bucks have made huge strides. On defense, the Bucks have also improved leaps and bounds under Budenholzer. They have become a more engaged team under their new coach, helping their teammates by doing a better job rotating over. The Bucks are also doing an excellent job defending the basket, limiting their opponents to a league best 40.5 points in the paint per game. Milwaukee also leads the league in rebounding with 50.0 rebounds per game and they are also 5th in blocks at 5.8 swats per game. The Bucks’ turnovers differential of +1.3 per game is also the 7th best in the entire NBA this season. But perhaps more importantly, the Bucks are holding their opponents to an NBA low 43.7% from the floor.

As of December 22nd, the Milwaukee Bucks have the second best record in the league at 22-10. Only the Raptors are ahead of them, by 1.5 games, but that’s because Toronto has played more games and has more wins at 25-10. Still it’s too early to tell whether the current leaderboard will hold at the end of the regular season. We’re not even at the halfway mark yet and there is still a long way to go. But given that Milwaukee was a 44-38 team last season, this year’s version of the Bucks is a pretty good upgrade. This early, Milwaukee already has wins over the Warriors, Raptors (twice), Nuggets (twice), Celtics, Sixers, Pacers and Blazers.

And yes, don’t forget Giannis Antetokounmpo. Milwaukee’s franchise player is only 24 years old and still improving. That’s scary. Add that to his recent statement that he’s added 51 pounds of muscle since entering the NBA then you’ll think he’s really going to be a freak by the time he nears his prime. If Milwaukee continues to develop, imagine how good they will be by then.

Giannis is putting up yet another MVP season and with the Bucks soaring with him this season, I can imagine him being one of the favorites when the voting comes next year. Antetokounmpo is doing everything for his team- scoring, passing, rebounding and playing defense. But the Bucks have become more than just a one-man team this season. Sure, his numbers appear like he’s doing that but really, it’s only Milwaukee maximizing the gifts of this once in a lifetime talent. With Antetokounmpo fulfilling his potential in Milwaukee, I don’t see a reason why the Bucks would be worried that he would leave for a big market city. Not now and not in the future. What Budenholzer is doing is keeping Giannis happy and keeping his team winning as well.

We always talk about Boston’s Brad Stevens as a coaching genius for what he’s done in Boston. But Mike Budenholzer is at that same level. But perhaps because he got swept in the only time he took the Atlanta Hawks to the conference finals, Coach Bud is often overlooked. It’s hard to overlook him now with what he’s doing in Milwaukee. Not now because he has a transcendental talent like Antetokounmpo that’s leading his team. He never had a similar star in Atlanta yet Budenholzer turned a team that was once whipping boys to a perennial playoff team even without a star. With a star perhaps bigger than anyone else right now, Budenholzer could achieve greater things in Milwaukee.

It remains to be seen how this season will end for Milwaukee but with the way it’s started, this may be a special year for them that we have not seen in a long time. The last time Milwaukee went past the first round of the playoffs was in 2001 when they went all the way to the Eastern Conference Finals. The Bucks were coached by George Karl and were led by Ray Allen, Sam Cassell, Glenn Robinson and Michael Redd. Since then, the Bucks have made just eight playoff appearances, all ending in the first round. Antetokounmpo has been part of three of those playoff teams. He knows that he needs to turn things around soon. And this year is without doubt the best year for him to do so. And he has Mike Budenholzer to be thankful for.