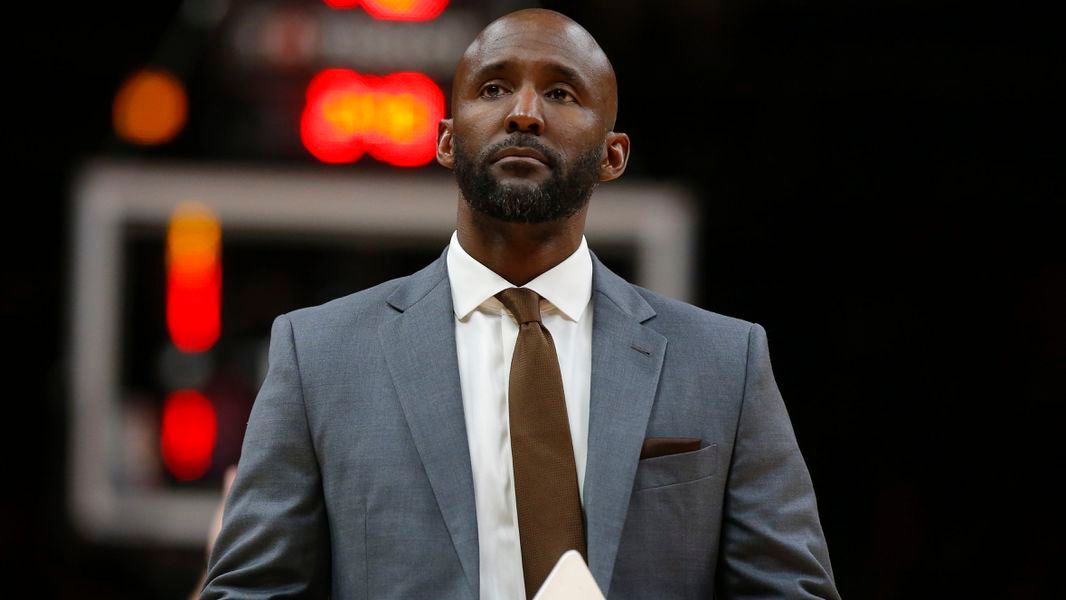 The Lloyd Pierce era in the Atlanta Hawks proved to be a short-lived one. After an underwhelming start to the season that saw them come up with a measly record of only 13 wins against 20 defeats, the Hawks front office has decided to fire Pierce and promote assistant coach Nate McMillan to the lead role.

As jointly reported by Chris Kirschner, Sam Amick and David Aldridge of The Athletic, the decision to dismiss Pierce was already written on the wall. They wrote a column where they emphasized that Pierce and Hawks young star Trae Young had a working relationship that was already “strained,” and that fact could have been the major contributing factor in this decision.

But the real headliner event took place when Pierce and Trae Young met privately to discuss their upcoming third year together. At that point, anyone and everyone around the Hawks organization was well aware the relationship between these two key figures was strained. If the Hawks were going to make the playoffs this season and contend, if they were going to avoid delays to accomplishing their shared goals, they would have to make this pairing work. Sources say they ended the trip on good  terms and had a better understanding of how they each could make this    work for the long term.

But in the end — after old tensions between Pierce and Young resurfaced, other players grew frustrated with Pierce’s style and owner Tony  Ressler’s desperate desire to make the playoffs added so much pressure to the situation — it was not to be. Those plans Pierce and Young had hatched in Southern California officially fell short Monday when the  underperforming Hawks (14-20) announced that Pierce had been relieved  of his duties.

Pierce, 44, was hired by the Hawks during the summer of 2018. The decision behind bringing in Pierce was to inject a fresh coaching perspective to a very young squad. At that point, the team was composed of Young and John Collins, along with other young talented prospects like Kevin Huerter, DeAndre Hunter and Cam Reddish.

It was a hiring that brought a new lease of hope for the Hawks organization. Prior to that season, the Hawks failed to book a ticket to the postseason after ten straight years of making it to the playoffs. They lost in the first round of the Eastern Conference playoffs from 2012-2014, then made quite a breakthrough in 2015 when Mike Budenholzer steered to the team to a Conference Finals appearance.

However, the Hawks would regress after that, losing to the semifinals in the following year then bowing out in the first round in the next. The failure to secure a playoff berth in 2018 led to the Budenholzer firing, and that was when Pierce entered the picture.

However, Pierce’s tenure in Atlanta has been filled with losses and disappointments. Sure, Young has emerged as an All-Star and Collins have become a 20-10 guy but there was not much collective success. In an interview with The Athletic’s Jeff Schultz last week, Pierce acknowledged that he is to blame for the losses that the team is continuing to absorb.

It’s always going to fall on me. That’s part of sport. I’m glad it falls on me because it won’t shake me one bit. The biggest thing for the players is, they’re going to get better. If you miss a game-winning shot, you’re going to be in the gym the next day and position your mind and body for what you will do next time. With that comes composure, and the next  time you’re going to go through it with poise and composure as opposed to rushed and panicked and not get overly excited. Everybody misses a shot. We play every other day so you move on. But as a coach, I’ll take all the blame. I’ve made mistakes. But the mistakes I’ve made I feel confident about. You have to have trust in your players and go through the situations in your mind and with the coaching staff. Do you foul up three or not? Not everyone will foul up three, but if you don’t and the guy ties it, and you lose in overtime, people will wonder why you didn’t foul. It’s one of those decisions you have to make. I’m a foul-up-three guy. If that ends up biting us, I have to go down with that because that’s the  conviction I need to explain to our guys.

The move to dismiss Pierce is also an excellent indicator that the situation has drastically changed in the Hawks’ nest. From focusing on developing oozing untapped talent, the Hawks brought in quality veterans last offseason to instill a much-needed winning presence that could help bring experience and mentorship to the younger players.

The Hawks traded for Clint Capela last season. Capela may not be considered a veteran if you look at the number of years he has been in the league, but he already packs a number of playoff appearances going back to his stint with the Houston Rockets. Capela is now putting up massive double-double numbers of 14.7 points, 14.2 rebounds and 2.2 blocks per contest, including an ultra efficient 58% overall clip from the field.

But that is not where the influx of veteran presence and experience stopped for the Hawks. The team also brought in Rajon Rondo and Danilo Gallinari, two role players who have been winning factors for their previous teams. Rondo is coming off a championship season with the Los Angeles Lakers where he played a vital role in the team’s successful playoff run in the Orlando bubble. On the other hand, Gallinari is coming off a brilliant performance with the Oklahoma City Thunder where he helped steer the young team to a surprising playoff appearance last season.

On top of that, the Hawks also pulled off a stunning move to win the Bogdan Bogdanovic sweepstakes last offseason. Many thought that the Milwaukee Bucks already had that race under wraps, but Bogdanovic opted to sign with the Hawks instead. The Serbian sharpshooter is only norming averages of 9.4 points, 3.6 rebounds and 2.3 assists this season, but he will surely play a very important role if the Hawks manage to go all the way to the playoffs.

But the Hawks are still underperforming this season, and there was already a strain with Pierce’s relationship with his players. In that joint report by The Athletic, it was emphasized that some Hawks players were already not feeling good with Pierce’s coaching.

Pierce made a public comment two seasons ago about not running plays for Collins, and it rubbed the Hawks big man the wrong way. Collins went to Pierce about his issue with the statement, but Pierce, sources say, turned around and called Collins’ approach selfish in wanting to have a more defined role on the team. Over time, the residue from these types of situations remained.

Cam Reddish was among those, sources said, who also had an issue with Pierce’s coaching. Sources said Reddish felt like he was being “picked on” behind the scenes when it came to mistakes the second-year player made. There are a few players on the Hawks’ roster who feel like Reddish’s potential is higher than anyone on the roster but that Pierce’s input was stunting his development.

But of course, this is already a done deal for Pierce and the Hawks. Atlanta will now move on to a brand new era where veteran coach Nate McMillan will be leading the way. McMillan has been in the NBA since the 1999-2000 season when he served as an assistant coach for the Seattle Supersonics.

After two years, McMillan would be installed as the head coach of the Sonics where he would stay for five years. He then took on the head coaching job for the Portland Trail Blazers and stayed there for seven years. McMillan then transferred to the Indiana Pacers, first serving as an associate head coach and later on the head coach.

As per ESPN, McMillan was first reluctant to take on the job but eventually took it on when Pierce himself encouraged him to do so.

"We had a conversation about the team and the move ... and he just felt he didn't think this would happen, but he felt I could step in and do a good job with the team," McMillan said. "He basically felt I should take this opportunity.

I'm going to take this -- and you guys are going to hear me say this as much as you ask -- one game at a time," he said. "I'm focused on tonight's game, not tomorrow's game. So far as the future and what I'm looking for, I really haven't thought about that. There was no conversation about that with Travis and I.”

The Hawks, who are sporting a 15-20 win-loss slate, are currently sitting in the 11thspot in the Eastern Conference.