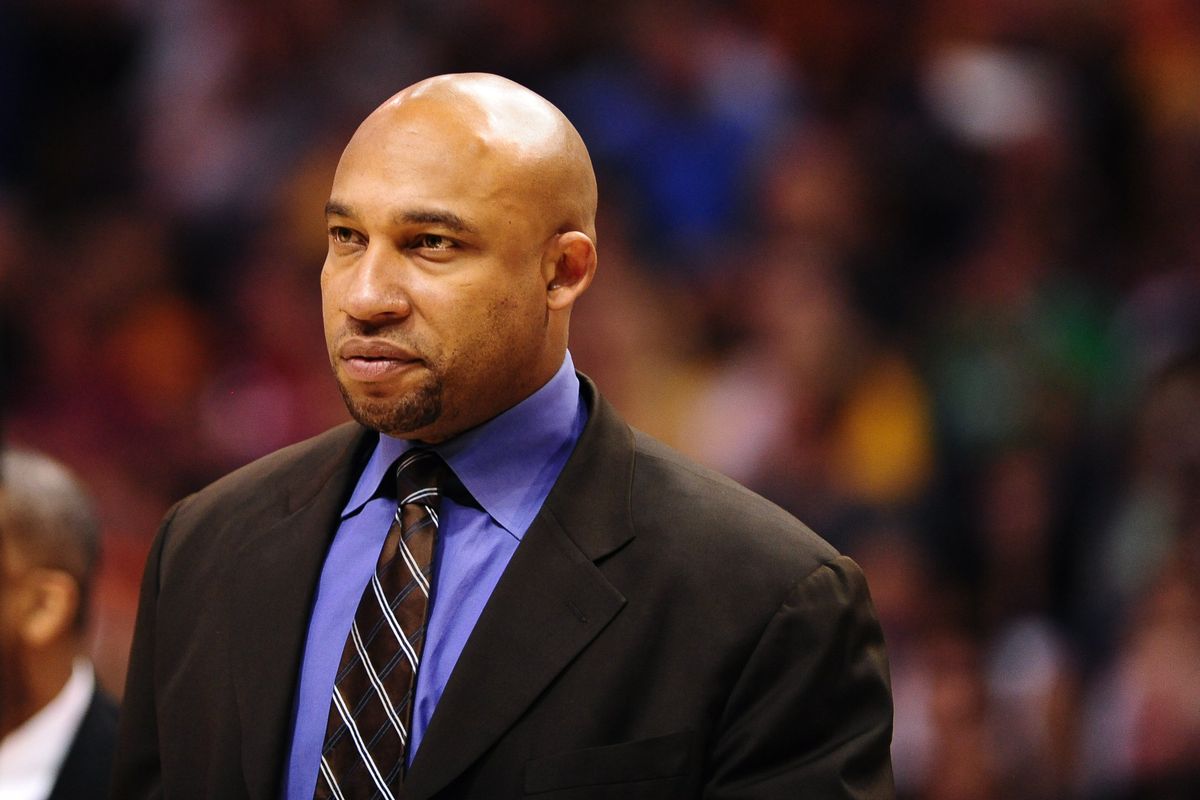 The Los Angeles Clippers are already in the middle of their coaching search after deciding to part wayswith former head coach Doc Rivers. Several names have already floated around, and a recent report indicated that the Clippers are considering current Milwaukee Bucks assistant coach Darvin Ham for the coaching vacancy.

According to Malika Andrews of ESPN, Ham and the Clippers will meet this week to discuss the possibility of becoming their next head coach. Clippers assistant coach Tyronn Lue is still considered as the frontrunner for Los Angeles, but nothing is set in stone, as their front office is considering all options. Golden State Warriors assistant coach and former Cleveland Cavaliers coach Mike Brown also had an interview with the Clippers.

Ham has been getting attention in the past few months after several teams fired their head coaches. He was also mentioned as a candidate for the Chicago Bulls coaching vacancy before they hired former Oklahoma City Thunder head coach Billy Donovan. It was also revealed that Ham is also one of the finalists for the Indiana Pacers, who fired Nate McMillan following their early exit in the 2020 NBA Playoffs.

According to Eric Nehm of The Athletic, Ham played a vital role inside the locker room when the Bucks opted to boycott Game 5 of their first-round series against the Orlando Magic. Ham reportedly spoke up and "delivered an impassioned speech" to the entire team about how it feels like a black man in the United States. The Bucks deputy coach also discussed how they can make an impact by not taking the court during the scheduled game.

"I think his genuineness, his care, his love for almost anybody that he comes across, but especially those of us that have been lucky enough to be around him for a season or seven seasons," Budenholzer said of Ham. "He’s got just a deep ability to connect and love and care and yet has this incredible toughness where nobody would mess with Darvin Ham. So it’s like this big old lovable bear that you never would want to poke."

Kevin Arnovitz of ESPN also recently mentioned Ham among the names of current assistant coaches who will be perennial candidates for coaching vacancies. He said that Ham's reputation as a hard-nosed NBA veteran during his playing days would instantly help him get the attention of his players. Player development is unlikely to become an issue as well, according to Arnovitz, because he has been working with Budenholzer for several years.

Clippers team owner Steve Ballmer is reportedly not in a hurry to hire their next head coach, but he is focused on getting a coach who could make the most of their current roster. The Clippers were heavy favorites to win the title this season after acquiring superstars Kawhi Leonard and Paul George last offseason. However, they failed to live up to expectations, as they blew a commanding 3-1 lead to the Denver Nuggets in the second round of the playoffs.

The Brooklyn Nets made one of the most stunning moves in the NBA this year when they hired former two-time NBA Most Valuable Player Steve Nash as their new head coach. The Nash hiring came out of nowhere, as most experts are predicting that Brooklyn would hire a coach who could command respect from superstars Kyrie Irving and Kevin Durant, who are expected to be healthy when next season kicks off.

According to Alex Schiffer of The Athletic, one of the names that are being floated around is current Los Angeles Lakers assistant coach Phil Handy. Handy has been reportedly linked to the Nets since March because of his ties with Irving, who worked with him during their time with the Cleveland Cavaliers.

It is also worth noting that he could bring winning mentality to the Nets after making the NBA Finals in the past five seasons while working with the Cavaliers, the Golden State Warriors, and now the Lakers. However, it remains to be seen whether or not the Nets would be able to pry him away from Los Angeles, especially if they win it all this year, although once source said that the veteran assistant would be open to all offers.

"The Nets pride themselves on player development, as the growth in Joe Harris, Spencer Dinwiddie, Caris LeVert and Jarrett Allen helped make Brooklyn a suitable destination for Durant and Irving," Schiffer said. "Handy would be a strong fit with the Nets’ culture, but it might be hard to get him to leave the west coast. A California native, a source previously told The Athletic that Handy is happy working with Frank Vogel and the Lakers."

Nash currently has Jacque Vaugh as his lead assistant, a role he had before Brooklyn fired Kenny Atkinson earlier this year. It remains to be seen, though, whether or not he would still be in Brooklyn in the next several months, as he is also considered for other coaching vacancies after leading to the Nets to a 5-3 finish in the seeding games in the bubble. But for Nash, he would like to have Vaughn on his side when he makes his coaching debut.

"He’s an incredibly high character individual, extremely hard-working, extremely prepared," Nash said of Vaughn. "He’s an all-around top human being. I couldn’t really think of a better person to have alongside me to work with, to learn from, collaborate with. So I feel very fortunate that he would remain and willing to be a part of this and continue what he started here because he has his fingerprints all over this."

Former New Orleans Pelicans head coach Alvin Gentry was also mentioned as potential candidate, having coached Nash during his playing days with the Phoenix Suns. Gentry was also linked to new Philadelphia 76ers head coach Doc Rivers. However, Gentry is now out of the picture both for the Nets and the 76ers after the Sacramento Kings reached a deal with the veteran head coach.

According to The Sacramento Bee, Gentry's hiring will be formally announced on Wednesday morning. Kings head coach Luke Walton was reportedly behind the hiring of Gentry, as he made his recommendation to new general manager Monte McNair. Walton and Gentry worked together as assistant coaches to Steve Kerr in Golden State in 2014, helping the Warriors win their first NBA title since 1975.

"I’m excited to add Alvin’s valuable experience and leadership to the team," Walton  said of the addition of Gentry to his coaching staff. "His veteran coaching perspective will be a great addition and I look forward to working with him again to continue developing our group."

Stephen Silas Could Be a Good Fit for the Houston Rockets

The Houston Rockets are taking a cautious approach in their coaching search, as several candidates have been lined up for interviews. The Rockets is currently searching for a new leader after Mike D'Antoni opted not to extend his tenure in Houston following their loss to the Los Angeles Lakers in the second round of the playoffs.

Several big names have been linked to the Rockets like Mike D'Antoni and Kenny Atkinson, but Kelly Iko of The Athletic believes that the Rockets should consider hiring Dallas Mavericks assistant coach Stephen Silas. Iko said that he agrees to previous assessment that Silas would be a good fit to the current Rockets roster because of his similarities to D'Antoni, who coached Houston from 2016 to 2020.

"There’s a D’Antoni likeness in the way he carries himself and holds a coaching position, something Houston is looking for in whoever takes the job next," Iko said of Silas. "One thing that stood out was Silas’ work ethic. He’s seen as an extremely meticulous assistant, someone who takes his job very seriously and dedicates copious amounts of hours to the craft."

Maintaining the offensive efficiency of the Rockets is unlikely to become an issue for Silas because of his experience with the Mavericks this season. The Mavericks were one of the best offensive teams in the league, bannered by their star duo of Luka Doncic and Kristaps Porzingis. If hired, Iko believes, though, that Silas would lean on having a hybrid style instead of going full-time with Houston's current small ball roster.

Silas has also received interest from several teams over the past several seasons. He was also mentioned as potential candidate for the Bulls vacancy before the arrival of Donovan. Back in 2016, Silas impressed the Rockets during their coaching search, as he got a second interview before the Rockets settled for D'Antoni.