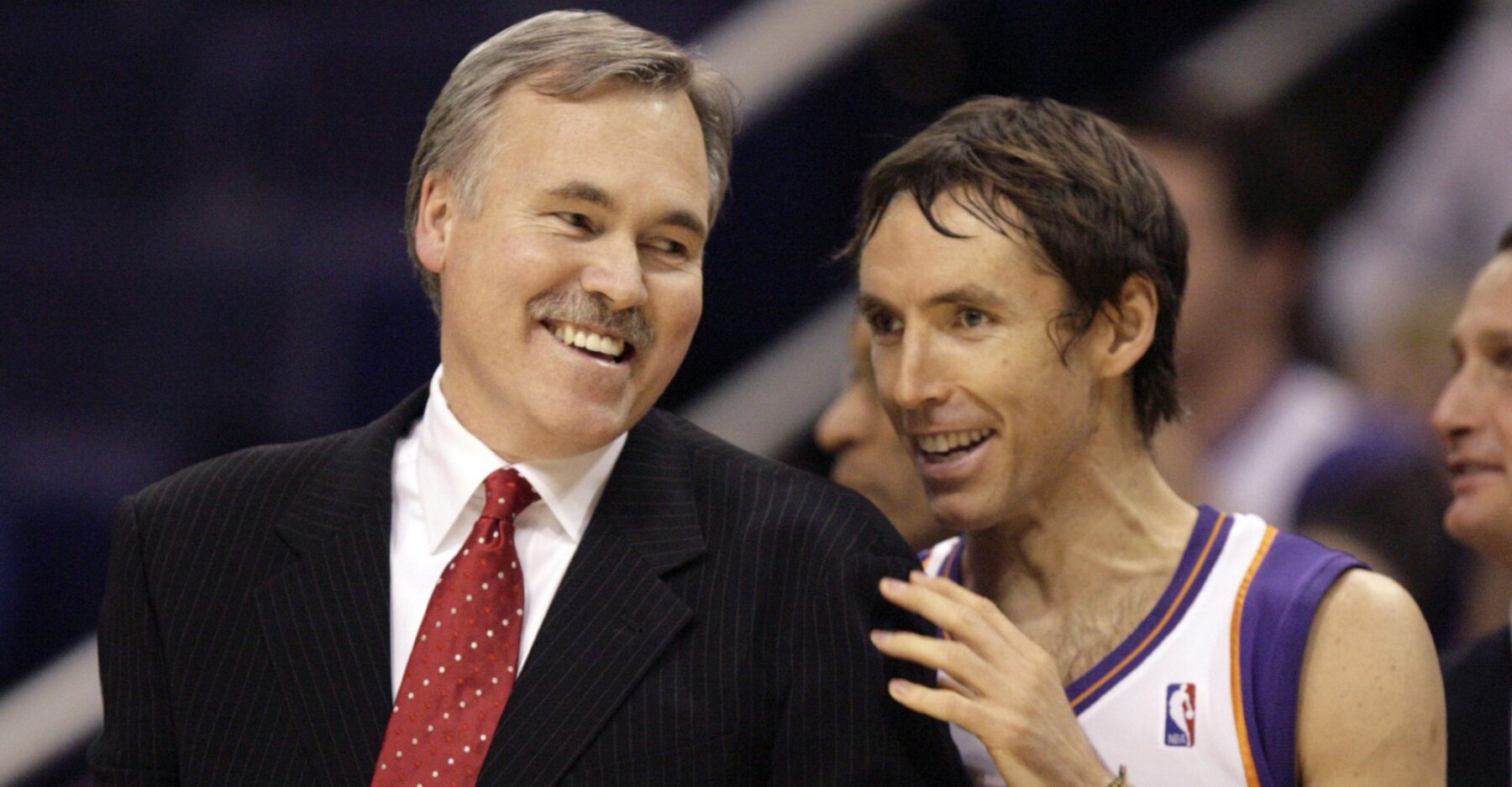 The Brooklyn Nets are entering a new era next season, as they are set to welcome Kevin Durant back alongside Kyrie Irving. Leading the way for the Nets is new head Steve Nash. The former two-time NBA Most Valuable Player was named as the new head coach of the Nets following their NBA bubble exit -- a hiring that caught the league and its fans by surprise.

Nash had no previous coaching experience and his name was not even floating around in talks about potential candidates. But despite the fact that he will be coaching for the first time, Nash believes that he has the right formula -- a philosophy that he learned from Mike D'Antoni, who coached him during his days with the Phoenix Suns. The 46-year-old coach said that his philosophy will be centered on collaboration with his players.

"I'd much rather come in with principles with ideas that allow our players to collaborate with us and allow their personalities and the dynamic between them and the chemistry to have a role in how it evolves," Nash said. "People talk about the Phoenix teams I played on, and this sort of revolutionary tone of how it impacted the  game, but the truth be told, Mike D'Antoni's brilliance in much of that was he  allowed it to evolve instead of getting in the way.

The statement from Nash is a music to Irving's ear. The superstar point guard previously said that the coaching in Brooklyn will be collaborative, as he is expecting to have a lot of say alongside Durant. Irving said that he developed a close relationship with Nash before when they were working out, which is why he is extremely confident that he and Durant can co-exist with their new head coach.

"I want somebody that's gonna understand that I am a human being first, I serve my community first, and then basketball is something I do every day because I love," Irving said. "We always heard and saw how great Nash was as a player, but also when you get to know him as a person, you understand why he can coexist with us. We don't need someone to come in with their coaching philosophy and change everything we're doing."

The Nets were one of the most surprising teams in the NBA season, as they were able to finish seventh in Eastern Conference standings despite playing without Durant for the entire year and Irving for the majority of the season. Brooklyn turned heads with their performance in NBA bubble before they were eventually booted out by the Toronto Raptors in the opening round of the playoffs.

Unlike last season when there is not so much at stake for the Nets because it was expected to be a transition year for them while waiting for Durant, Brooklyn will be tagged as one of the favorites next season. For his part, Nash is aware of the expectations, and he is not backing down from it. In fact, the rookie head coach insisted that they will be playing for a championship next season.

The Nets are expected to continue trying to improve their roster, which they will build around Irving and Durant. Nash said that there will be several check lists for him throughout next season to evaluate if his team is on their way to hitting their main goal.

"Are we growing? Are we striving? Are we pressure-tested? Are we continually asking of each other and ourselves that individual collective growth every day and creating an environment that is fun but challenging and collaborative?" Nash said. "If those tenets are being met, there's a lot of success and reward in that. But we are playing for a championship."

Nash is expected to have an easy time adjusting to his new role, as the Nets opted to keep Jacque Vaughn as the team's deputy assistant coach. Vaughn is a former head coach in the league and held the interim coaching position last season when Brooklyn fired Kenny Atkinson. Brooklyn also hired a familiar face, Amar'e Stoudemire, as assistant coach. Stoudemire and Nash had a lot of success together during their playing days with the Suns.

The New Orleans Pelicans had a disappointing stint in the NBA bubble, where they failed to at least get a shot for a playoff spot despite having one of the easiest schedules. Their failure to make the postseason led to the dismissal of former head coach Alvin Gentry. The Pelicans recently named Stan Van Gundy as their new head coach, and the veteran bench tactician has high expectations for his team.

Van Gundy will be handling a team bannered by a young core composed of Zion Williamson, Brandon Ingram, Lonzo Ball, Josh Hart, and Jaxson Hayes. While young team takes time to develop and become serious contender, Van Gundy insisted that being a young team will not be an excuse for them next season, expecting his players to compete at a high level.

"I think the one thing is, and I've already talked to our players, and I don't want them, or us, to ever use youth as an excuse," Van Gundy said via CBS Sports. "I think sometimes you can start with, 'Oh, well we were young, and that's why we turned the ball over three times in the last two minutes of a tied game.' Listen, they're all great players, and they came into this league young because of their talent, but it's time to play and compete."

The front office opted to hire Van Gundy because of his reputation as a teacher of the game in the hopes of improving their young players drastically. All eyes will be on how he will develop Williamson, who was the first overall pick in the 2019 NBA Draft and was the runner-up in the 2020 NBA Rookie of the Year race.

Williamson was limited to just 24 games, as he missed the majority of the first half of the season due to an injury. But when he returned, the 20-year-old forward showed why there was a lot of noise about him when he entered the league. The former Duke University standout averaged 22.5 points and 6.3 rebounds per game. Van Gundy has yet to work with Williamson, but he knows that he is oozing with potential.

"I think you have a vision what [Williamson] is, which is a multi-talented guy," Van Gundy said. "He is an unbelievable playmaker for a guy at his size. He's a guy who can take the ball off the glass and lead the break and make plays. He can make passes off the dribble. He can finish over bigger people inside. He's a multi-talented guy. I don't look at him in any way as far as is he a four or a five. I'm not sure those labels matter when it comes to him."

The 61-year-old coach is no stranger to working with high-profile big men in the league. SVG, who will be handing the fourth team in his coaching career, coached Shaquille O'Neal during his time with the Miami Heat, Dwight Howard during his tenure with the Orlando Magic, and Blake Griffin during his most recent coaching stint with the Detroit Pistons.

Van Gundy expects the Pelicans to build the roster around Williamson, who was considered a generational talent heading into the 2019 NBA Draft. He said that the first thing that he needs to do is sit down with his young superstar to know where he is comfortable playing. By doing so, the veteran bench tactician is confident that he will be able to unlock a lot of facets in Williamson's arsenal.

"I think as we study and try to get more definitive and talk to Zion about what he likes," Van Gundy added. "I think it's more what positions we want to put him in and  who is best around him and things like that. It's not limiting him to a position. I  think we'll get to a starting point of that at the start of the season and my guess is as time goes on, I'm going to find out that he can do even more than I think he can do and things will evolve from there."