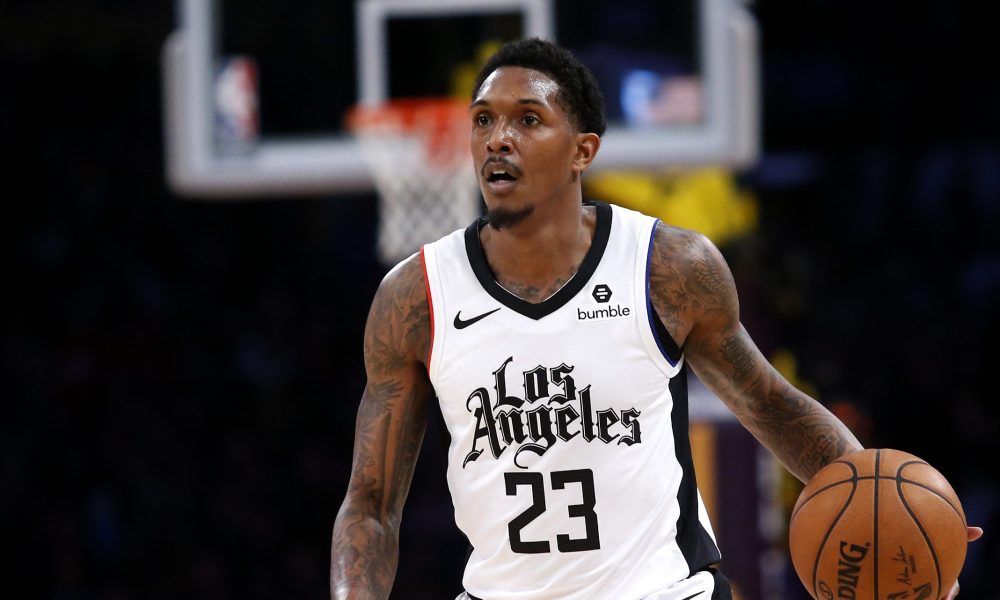 Rivers believe that sixth man guard is set to play

Despite the fact that scoring guard Lou Williams is reportedly “50-50” in his decision to participate in the season restart, his coach believes that the reigning Sixth Man of the Year will be with the team when they play for the championship in the Orlando bubble.

During a Zoom conference call with the media last Wednesday, Los Angeles Clippers head coach Doc Rivers emphasized his belief that Williams will indeed play in the restart. Rivers also reiterated that the Clippers organization will not force their hand on players’ decisions, and said that it will always be their choice. (h/t Ohm Youngmisuk of ESPN)

"As far as Lou, all indications [are] that yes, he is [playing]. Obviously, up until we get on the plane, anything can happen. But I do expect Lou to be with us. I would be very surprised if he's not.

I don't think so. But listen, it is their choice and we support that. There are so many reasons for everybody to play but there are also very valid reasons for guys to opt out. I don't think many will. I think they are all invested in what we are trying to do. But again you don't hold it against anyone on any team. This is extraordinary times and we just have to support each other."

Williams, 33, is posting stellar averages of 18.7 points, 3.1 rebounds and 5.7 assists while logging in 29.3 minutes off the bench. He is the Clippers’ third-best scorer behind stars Kawhi Leonard and Paul George. There is no doubt that he has become an essential key cog in the success of this Clippers squad, especially with his partnership with fellow sixth man Montrezl Harrell clicking on all fronts.

But with all the social injustice issues enveloping the country, Williams has taken a stance of believing that fighting these issues should be his priority right now. In an Instagram Live conversation he had with rapper Fat Joe, the 6-foot-1 spitfire gunner said that he is yet to make a concrete decision on joining the Clippers in Orlando. However, Williams also emphasized that he is always ready to play, hinting that he has been working out and practicing during the NBA’s lull time.

"I haven't made an official decision with how this is going to go, because, you know, like we mentioned before, this s**t is a team sport, right? And I understand I have thoughts and views, but I represent a whole group of guys, you know what I'm saying? And so, if the majority of the guys say, 'This is what we gonna do, this is what we gonna stand on', then I'm all aboard... Whatever my decision will be, it'll be collective. But I'm ready. I'm ready for whenever it kicks off, if it happens. So we'll see."

Having said all these, it won’t be the same without Williams but the Clippers could still cushion the blow. They have invested a lot in adding depth and talent to their roster, and that will come in handy in case Williams decides to sit out.

With Leonard and George leading the way, the Clippers have one of the most excellent supporting cast in the league today. Although Harrell is yet to develop a consistent shot outside the paint, his court smarts and off-ball positioning make it possible for him to manufacture efficient shots inside.

There is also the fact that the Clips brought in scorers Reggie Jackson and Marcus Morris, two key players who were bought out by their former teams this season. Sophomore shooting guard Landry Shamet has become their resident sharpshooter, and tough role players like Ivica Zubac, JaMychal Green, Patrick Beverley and Rodney McGruder have been dependable in fulfilling their roles.

Going back to Rivers, the 58-year old basketball tactician also said that it is a matter of following the safety precautions when the league resumes games in the Orlando bubble. While he said that he feels quite nervous about it, Rivers emphasized the importance of protecting each other and just protecting the area so that there would not be a widespread of the virus.

"We have to do the right things. We have to wear our masks. We have to wash our hands. We have to social distance. We have to avoid the urge of joining into crowds. There's a lot of things that we can do that can slow this pandemic -- I don't think any of us know what to do to stop it, and so that's what we're all trying to do. I'm hoping, quite honestly, and it's just a hope, that when we get to the bubble, it becomes the safest place in America.

I guess this is the only political statement I'll make on it: It would be great if we had national leadership, which we have zero on this. And so, unfortunately, everyone is left to do their own thing from state to state and in some places from city to city. It's absurd. But what we're going to try to do once we get to Disney is to protect each other, protect the area. But we have to get there. You know, you're almost nervous about that."

The Clippers, who are sporting a record of 44 wins against 20 defeats, are currently sitting on the 2nd spot in the Western Conference. Despite trailing hometown rival Lakers in the standings, many experts believe that the Clips’ excellent depth will eventually pay off in the end.

With tip-off slated on the 30th of July, the league has released the official schedule of games for each of the 22 teams competing in the Orlando bubble. The tip-off night will start with a match-up between Donovan Mitchell’s Utah Jazz against Zion Williamson’s New Orleans Pelicans. Right after that game, LeBron James and the Western Conference frontrunners Los Angeles Lakers will take on Kawhi Leonard and the Los Angeles Clippers.

There will be games each day, with the results counting on the regular season standings. It is also worth noting that every team has one back-to-back games schedule, ensuring that no squad will be disadvantaged in terms of overall fatigue.

However truly exciting this development is, there is still the main concern that the coronavirus will be contracted by players and coaches. In an appearance on a TIME100 Talks discussion, NBA commissioner Adam Silver reiterated that the virus remains very unpredictable although he also put out his belief that players will be safer in the Orlando bubble. Silver also expressed his relief in the fact that there are no “severe” cases among the 16 players who tested positive for the virus. (h/t Time’s Sean Gregory)

“Honestly … I’m not sure. We have a panel of scientists, doctors, experts that are working with us. We’re going to see as we go. Certainly, if we have a lot of cases, we’re going to stop. You cannot run from this virus. I am absolutely convinced that it will be safer on this campus than off this campus, because there aren’t many other situations I’m aware of where there’s mass testing of asymptomatic employees. So in some ways this is maybe a model for how other industries ultimately open.

It’s not alarming based on what we’re seeing in the broader population. In many ways, it was somewhat predictable. Where I’m most relieved … is that among those 16 positive tests, there are no severe cases.”

With all these said, many fans are still wondering about the possibility that a superstar like LeBron or Milwaukee Bucks’ Giannis Antetokoumpo will contract the virus. Silver said in that TIME interview that the league will stop the games if they encounter a “significant” amount of positive cases in the bubble.

There is still too many questions enveloping the league’s plans for the restart, but it is without a doubt that they are already doing a tremendous job setting up safety precautions for the players and the coaches.