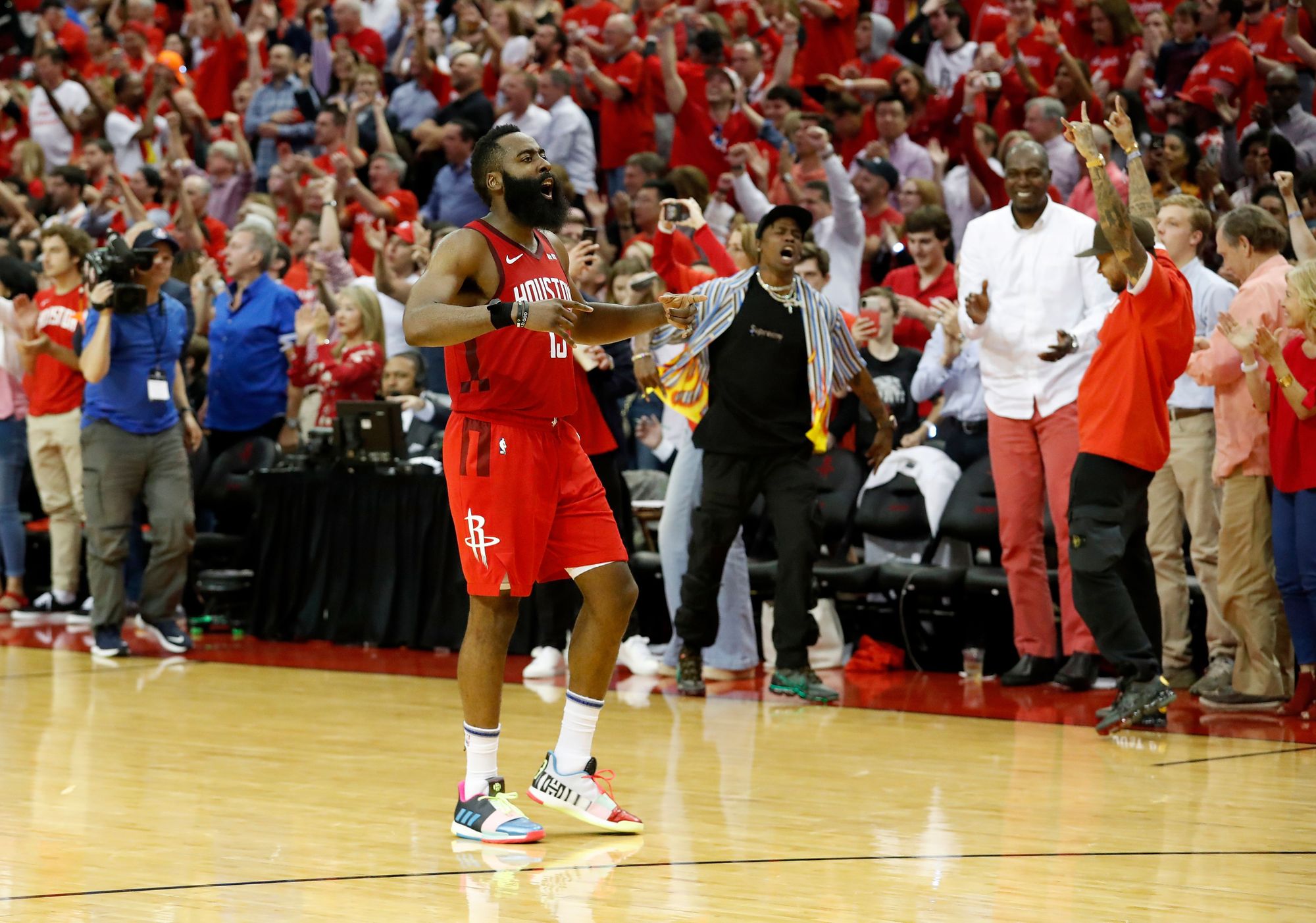 In a bid to avoid going down 0-3 against the defending champs, the Houston Rockets showed up with guts and character as they defeated the Golden State Warriors in overtime, 126-121. Despite labouring through an eye injury, James Harden still led the way for the Rockets as he finished with 41 points, 9 rebounds and 6 assists, including a dagger step-back trifecta that iced the game for the Rockets. Eric Gordon again played second fiddle to The Beard, producing 30 big points on seven made three-pointers. The Rockets also drew an inspired performance from veteran forward P.J. Tucker. Tucker only had 7 markers in the game, but his 5 offensive rebounds and 2 rejections were more than important for Houston.

Tucker says that the team’s hustle and grit were two significant factors in the much-needed Game 3 victory, per Rob Mahoney of Sports Illustrated.

Warriors star forward Kevin Durant was again unstoppable as he lit up the Rockets with 46 points and 6 assists, while Draymond Green completed a triple-double of 19 points, 11 rebounds, 10 assists and 2 blocks. Stephen Curry struggled yet again with his shots, only making 7 of his 23 attempts from the floor and fumbling two easy lay-ups in the dying seconds of overtime.

Kawhi impresses as Raps even series

Playing under the pressure of potentially falling to a 1-3 hole, Kawhi Leonard and the Toronto Raptors flexed their muscles in regulation to hack out a 101-96 Game 4 victory against the Philadelphia 76ers. Leonard continued his hot shooting streak as he impressed with a double-double stat line of 39 points, 14 rebounds and 5 assists, including a stellar 5-7 clip from beyond the arc. Four other Raptor players finished in double-digit scoring, but it was ultimately Kawhi who lifted the team in this important win. It was a see-saw affair entering the waning minutes as a Leonard fade-away jumper put the Raptors up by four points with three minutes remaining on the clock. Sixers gunner JJ Redick made a wing trifecta to cut the lead to 91-90, but Leonard again answered on the other end, making a difficult fading three-pointer over the outstretched arms of Philly big man Joel Embiid to give the Raps a 94-90 advantage.

Toronto All-Star point guard Kyle Lowry, who had 14 points, 6 boards and 7 assists, even compared Kawhi to his former Rockets teammate Yao Ming, per Kevin Arnovitz of the ESPN.

"Kawhi is dominant, just dominant. I've only played with one other guy like   that, Yao Ming, where when he got it rolling, you can't stop him. Kawhi has been doing this for a month."

Jimmy Butler led the charge for Philly with a double-double outing of 29 points, 11 rebounds and 4 assists, while Redick chipped in 19 markers built on four made three-pointers. However, the Sixers only got 11 points from Embiid, who was reportedly ill and was even doubtful to play Game 4. All-Star point forward Ben Simmons was also a non-factor in the loss, producing only 10 points and 4 assists.

Usually criticized for his inconsistent play all season long, 22-year old combo guard Jamal Murray was the steadiest player for the Denver Nuggets as they beat the Portland Trail Blazers, 116-112. Murray topscored for the Nuggets with 34 big points, on top of 5 boards and 4 assists, including a perfect 11-11 clip from the free throw line. All-Star center Nikola Jokic produced yet another triple-double of 21 points, 12 rebounds and 11 dishes, while veteran power forward Paul Millsap contributed a double-double of 21 markers and 10 boards. Through the heroics of Will Barton’s two consecutive three-pointers and Murray’s six straight free throws to ice the win, the Nuggets have evened up the series with Game 5 slated at Denver.

Nuggets head coach Mike Malone spoke of his young team’s resiliency as the cornerstone of the Game 4 win, per Ohm Youngmisuk of ESPN.

"You go down 1-3, we all know how that story ends. We never frayed, we stayed  together, and I can't speak enough about the resiliency and toughness of our team."

Murray also let us in on how he stayed internally calm when the Blazers kept fouling him at the end, hoping for him to miss from the charity stripe.

CJ McCollum topscored for Portland with 29 points and 5 boards, while Damian Lillard netted 28 points, 7 assists and 2 steals in the loss. Despite the crucial loss, the Blazers have plenty of momentum going forward as they try to steal Denver’s homecourt advantage in Game 5 and take one step near the Western Conference Finals.