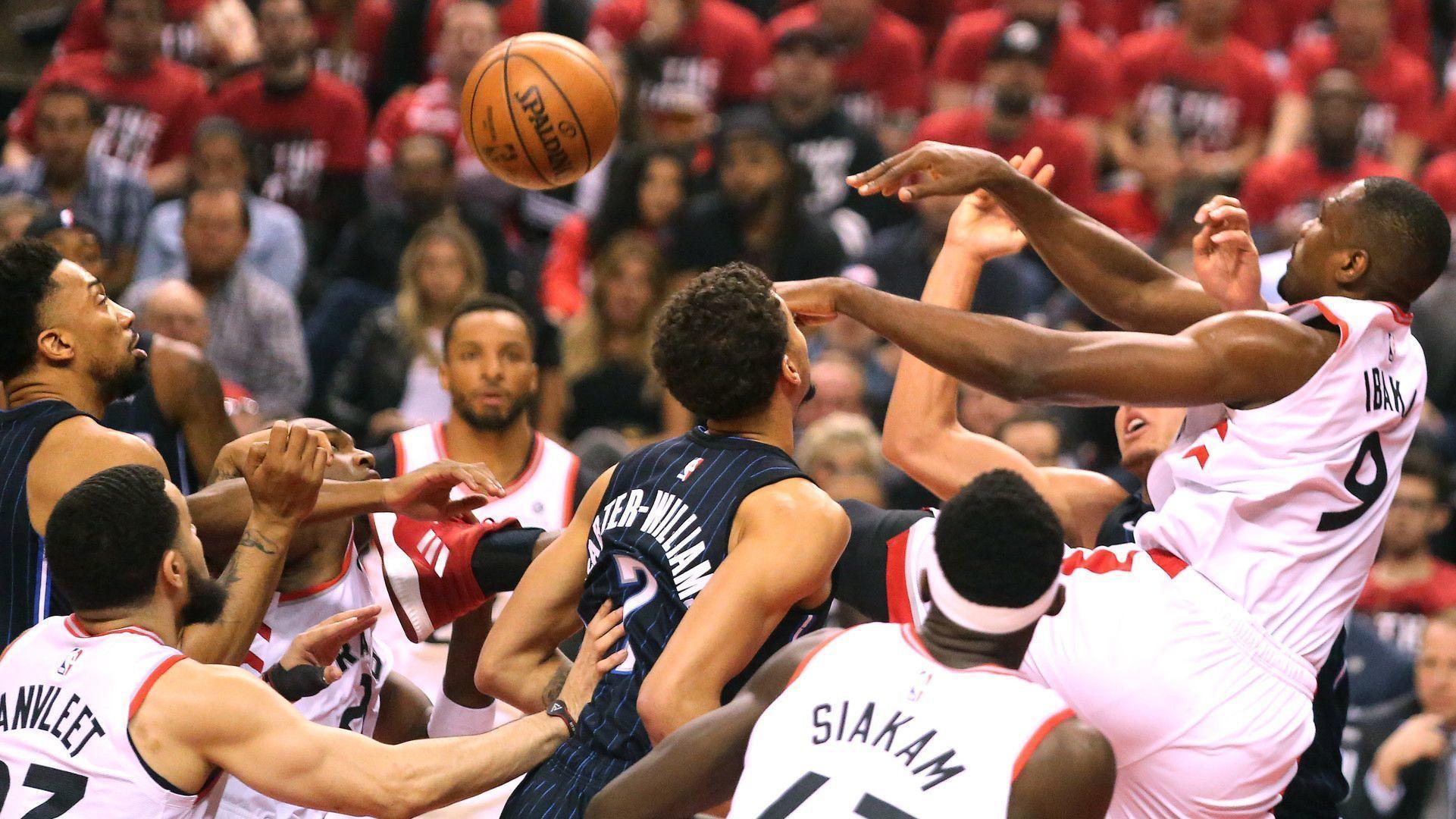 Kawhi explodes as Raps even series

The 2nd-seeded Toronto Raptors made sure that the game will not go through the wire this time as they drubbed the Orlando Magic with a 111-82 win. 2014 Finals MVP Kawhi Leonard carried the Raptors on his back as he impressed with an efficient outing of 37 points, making 15 of his 22 attempts from the floor, including four three-pointers. Much-criticized for his lacklustre Game 1 performance, All-Star point guard Kyle Lowry bounced back big time as he tallied 22 points, 7 assists, 4 rebounds and 2 steals, while netting eight of his 13 total attempts. But the night wasn’t just about Toronto’s two brightest stars, as the Raptors defense suffocated the Magic, forcing them to two below-20-point quarters, including a lowly 37% clip from the field. The Raptors outscored the Magic 52-36 in the paint, and it has something to do with limiting Magic All-Star center Nikola Vucevic to just 6 points.

Vucevic says that Toronto’s defensive scheme of putting multiple defenders on him disrupted his rhythm throughout the game, per Joseph Casciaro of The Score.

"I got the ball in decent spots in the post ... they double-teamed me early, and it was hard for me to create anything. They did a good job taking away a lot of stuff, a lot of  my strengths, and I just have to figure it out. I expected them to have a big focus on me, so I just have to look at the tape and see what I can do better."

The Game 2 lopsided victory was also Toronto’s largest playoff victory in franchise history, and this will bode well for the Raptors after sustaining a disappointing loss in the series opener. Combo forward Aaron Gordon had 20 points and 5 rebounds for Orlando, while Terrence Ross came off the bench to chip in 15 markers. Still, the biggest question for the Magic going into Game 3 at their home court would be Vucevic’s limited impact on the series so far.

Murray heats up in 4thto carry Nuggets past Spurs

When it almost looked like the Denver Nuggets were about to fold, Jamal Murray woke up at the right time as he put up a memorable 4th quarter performance to rally past the San Antonio Spurs, 114-105. Murray had a team-high 24 points, including 21 in the deciding quarter when he went berserk, hitting difficult step-back jumpers to veer the Nuggets away from the brink of falling 0-2 at their own arena. Star center Nikola Jokic almost had a triple-double of 21 points, 13 rebounds and 8 assists, while Gary Harris and Paul Millsap contributed 23 and 20 markers, respectively. Trailing by 19 points midway through the third quarter, the Nuggets then exploded for 39 total points in regulation. Murray, who missed all his field goal attempts entering the fourth quarter, was the sparkplug of that incredible run.

Denver head coach Mike Malone says that he has always believed the Murray could make the shots he missed in the first three quarters, mentioning that his young guard just needs the confidence to be consistent with his play, per Jack Maloney of CBS Sports.

"I was going with him. He needs this. This is so important for all of our guys, but especially Jamal. You know, a young player, third year. Even though he was out  there struggling, he was trying to play the right way. I didn't foresee the fourth quarter he was going to have, but I knew in my heart he needed to get these minutes. I needed to show him I believed in him. That's powerful. If I pull him -- 'Does coach really believe in me? Does he have my back.' So I had to stay with Jamal  make or miss, because he's our guy, and I care about him. He came through in a big way, and never once did I think about pulling him from the lineup."

It was indeed coaching at its best for Malone, who won his first career playoff game as a head coach. DeMar DeRozan again led the Spurs with 31 points, 7 rebounds and 2 steals, while LaMarcus Aldridge chipped in 24 points, 8 boards and 3 assists. With the exception of the stretch when Murray just went berserk, the Spurs actually had the Nuggets’ number and it’s hard to imagine them losing both Game 3 and Game 4 in San Antonio.

Damian Lillard and CJ McCollum were unstoppable once again as they combined for 62 points to lead the Portland Trail Blazers past the Oklahoma City Thunder with a resounding 114-94 victory. McCollum scattered a game-high 33 points, on top of 8 rebounds and 5 assists. Lillard tallied 29 points, 6 assists, 4 boards and 3 steals as the Blazers took the life out of the Thunder during their 37-point explosion in the third quarter. The game was tied entering the second half, when Portland broke away from the Thunder with a 37-21 run, providing themselves a safe cushion in regulation. Blazers combo forward Moe Harkless was instrumental on defense, and also contributed 14 points and 9 rebounds. McCollum, who was arguably Portland’s best player that night, says that Harkless’ tireless work on both ends of the floor gave them a fitting edge, per Joe Freeman of The Oregonian.

“Moe’s been great for us all season. Doing all the dirty work, guarding the best player on the other team, the Paul Georges, fighting through screens, grabbing rebounds, not getting a lot of shots but when you do get a corner three, you’re expected to make it. That’s a different type of pressure, a different type of role that doesn’t always get appreciated or valued, so we appreciate what they do and we wouldn’t be in this position without them.”

Thunder All-Star forward Paul George topscored for the team with 27 points and 8 rebounds, while starting center Steven Adams put  up 16 points and 9 boards in the loss. Russell Westbrook struggled from the field once again, making just five of his 20 attempts while incurring 6 turnovers.