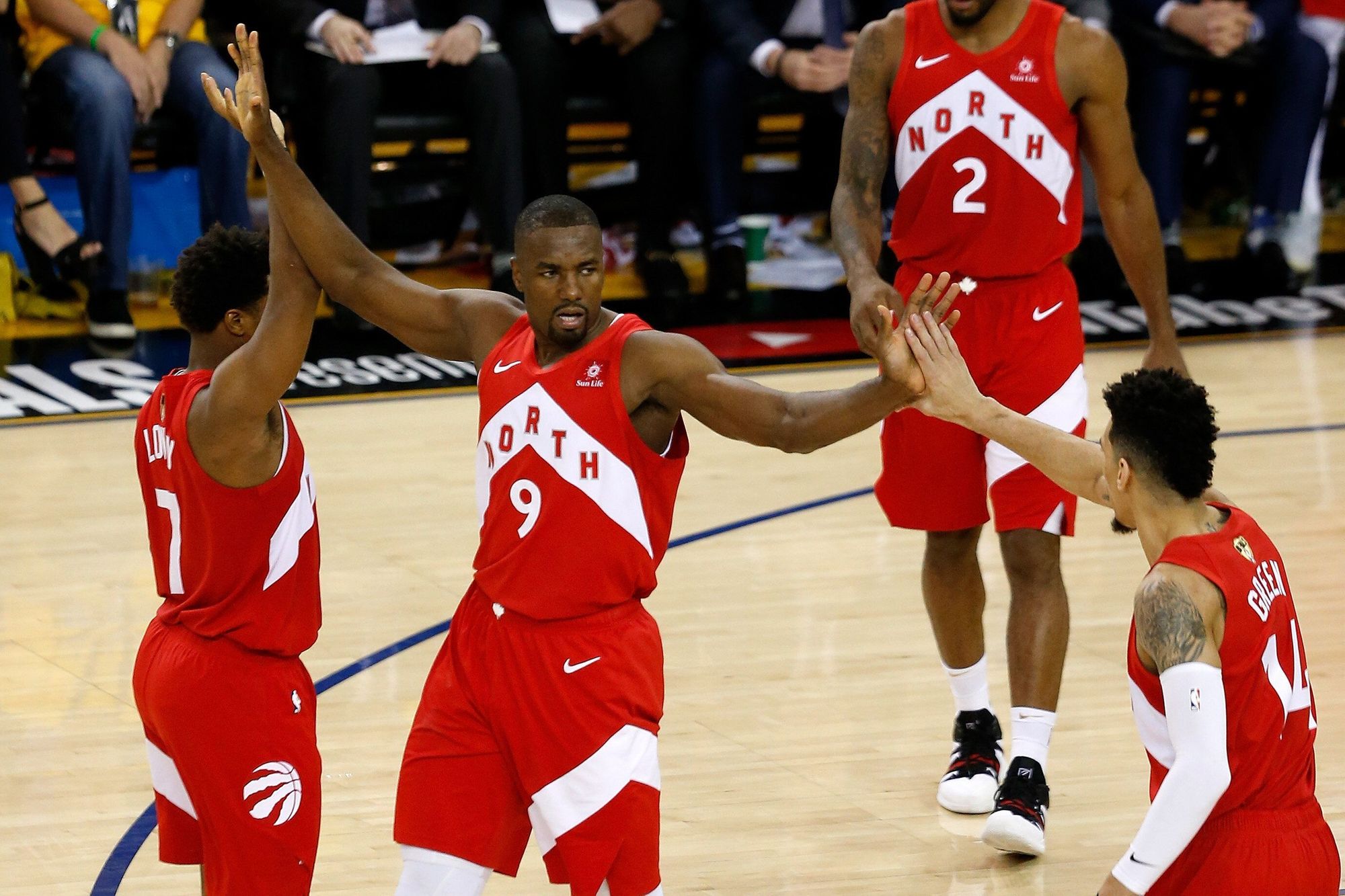 Behind a dominant third quarter performance, the Toronto Raptors have reached a new high as they soundly defeated the Golden State Warriors with a 105-92 Game 4 victory. The Raptors now head to Toronto with a commanding 3-1 lead in the NBA Finals.

Kawhi Leonard led all scorers with a playoff career-high 36 points, on top of 12 rebounds and 4 steals. Serge Ibaka followed up his excellent Game 3 outing with a 20-point night in the win, while young budding star Pascal Siakam stayed consistent as he finished with 19 points and 5 boards.

With the return of Klay Thompson to the fray, it looked like the Warriors were poised to carve out their signature third quarter run as they led by four after the first half. Instead, they got a painful dose of their own medicine. But Kawhi would start the second half proceedings with two consecutive three-pointers, igniting Toronto’s 37-21 romp in the third period. By the end of the quarter, the Raptors were already leading 79-67, with Kawhi pouring in 17 points in that stretch.

The Raptors’ outstanding defense was again on full display, limiting the perimeter-oriented Warriors team to just eight makes from beyond the arc and staying active on the passing lanes with 12 total steals. Toronto was much disciplined in their defensive schemes, forcing the defending champs to rack up 17 turnovers with Draymond Green accounting for 5 miscues and DeMarcus Cousins committing four.

Leonard, who amassed another efficient night of hitting five of his nine three-point attempts and making all of his nine free throws, emphasizes that individual stats don’t mean anything to him, per Doris Burke of the ESPN.

"I don't play hero basketball. I'm not playing for fans. I'm just playing to win. I'm not out here trying to break records. As long as I try to help my team win, I'm satisfied."

Thompson erupted for 28 points in his return from a hamstring injury. He was a stellar 11-18 clip from the field and made six of his 10 shots from beyond the arc. But Klay was the lone bright spot on offense for the Warriors. Stephen Curry may have finished with 27 markers, but he mightily struggled from the field and looked fatigued especially in the second half. Draymond produced a near triple-double stat line of 10 points, 12 assists and 9 rebounds, while Kevon Looney chipped in 10 points and 6 boards off the bench. Cousins again had his difficulties in the loss as he committed four turnovers, and was generally slow with his movements. Obviously, the All-Star center is still bothered by the quad injury that kept him out for six weeks.

Still, the Warriors’ failure to stop Toronto’s third quarter rally ultimately cost him the game. Warriors veteran combo guard Shaun Livingston agrees with that statement, but also pointed out to the wasted opportunities in the first half that could have extended their lead entering the halftime break, per Tim Keown of the ESPN.

"The third quarter got away from us. But I think in the first half -- first quarter especially -- we had a couple of stretches where we didn't capitalize, and they were always in striking distance. That's dangerous when you're playing a team with that kind of firepower. They got hot in the third quarter, and it got away from us."

The Warriors held a six-point lead after the opening quarter, holding the Raptors to just 17 points in that period. But the game would careen out of control for the defending champs as they failed to hold the fort on both ends of the floor.

Now, the spotlight shines on Toronto as the city is on the verge of winning a major basketball championship. But Raptors head coach Nick Nurse warned his players not to get too caught up with the excitement that the home crowd will radiate, per the CBS Sports HQ.

"I think it's difficult...They're gonna be going crazy in Toronto. We never really talk about the series score. You can't let people take you someplace you aren't yet, right?"

Again, Kevin Durant’s availability for Game 5 will be much talked-about. The superstar forward is still recovering from a calf injury, and pundits believe that there’s just a slim chance that he will play in this series against the Raptors.