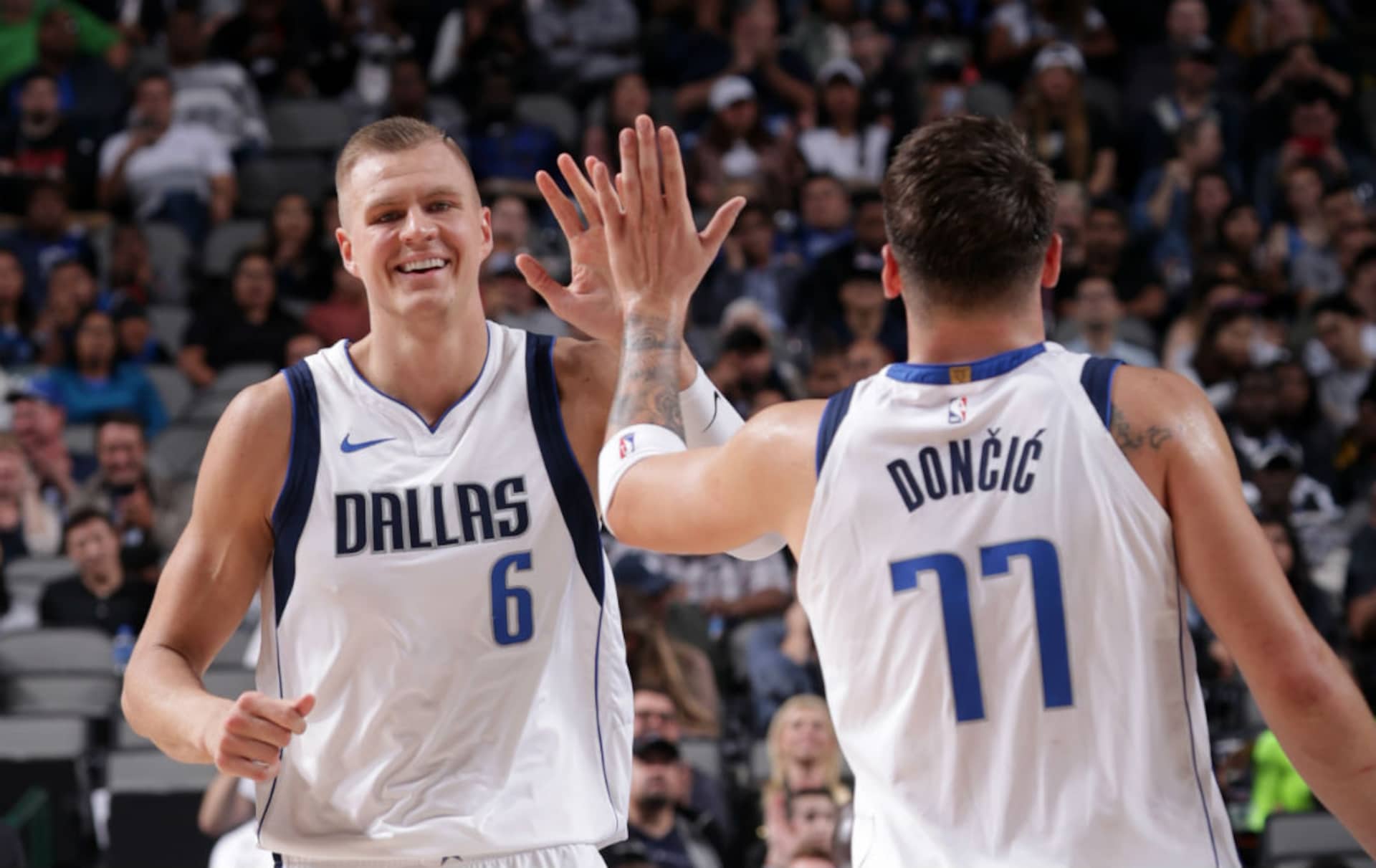 All-around performances from stars Kristaps Porzingis and Luka Doncic provide enough punch for the Dallas Mavericks as they defeated the Los Angeles Clippers, 102-87. Porzingis, the Mavs’ newest star, topscored for his team with 18 points and also pulled down 13 rebounds. Doncic atoned for his 9 turnovers by coming up with a double-double of his own. The reigning Rookie of the Year amassed 15 points, 13 boards and 3 assists, while hitting four bombs from three-point territory.

Porzingis, who efficiently made six of his nine shots from the field, says that doing the right things on both ends of the floor provided him the rhythm he needed to get it going with his scoring, per Dwain Price of mavs.com.

“I just kind of started slower on offense. I wanted to get in rhythm doing some other things on the floor out there, and it worked well for me. I didn’t force anything.

I think it’s another step forward for me just in getting back in rhythm and playing in rhythm. And I’m happy with this game even though I didn’t really do that much on the offensive end. Just open shots and cuts to the basket and easy stuff, and that’s  how I’ve got to play.”

Sweet-shooting forward Justin Jackson led the Mavericks’ second unit with 18 markers, while Tim Hardaway Jr contributed 15 points and 2 assists. Dallas made 15 three-pointers as a team, and convincingly won the rebound battle, 58-39. They raced right out of the gates, leading by 19 points after the first quarter. They also limited the Clippers to a measly 35-point showing entering the second half.

Montrezl Harrell led the Clippers in scoring with 14 markers, on top of 6 rebounds and 3 assists. Superstar forward Kawhi Leonard struggled offensively, making just five of his 19 shots. The two-time Finals MVP only came up with 13 points, but was still able to display his defensive prowess as he racked up 4 steals in the loss. Stretch big man Patrick Patterson, one of the Clippers’ recent offseason acquisitions, came off the bench to pour in 12 points on two makes from beyond the arc.

The Clippers, who are deemed to be the heavy-favorites for the Larry O’Brien trophy this season, opted to rest combo guards Patrick Beverley and Lou Williams. Star forward Paul George is still recovering from the shoulder surgery he went through in the summer.

Up against another young scoring point guard in Trae Young, rookie gunner Coby White greatly impressed as he led the Chicago Bulls to a 111-93 victory over the Atlanta Hawks. White came off the bench to rack up a game-high 29 points, on top of six three-pointers and 6 rebounds. Zach LaVine, one of the young stars who are projected to be a first-time All-Star this year, put up 23 markers in the win.

It was another strong showing for White, the Bulls’ seventh overall pick in the recent draft. He displayed great efficiency in his offense, making 10 of his 14 field goal attempts, including a stellar 6-8 clip from beyond the arc. LaVine had heaps of praises for his young teammate, emphasizing how White has been doing a bit of everything on both ends of the floor, per K.C. Johnson of NBC Sports Chicago.

“I think he’s had one of the best rookie camps I’ve seen. We know he can shoot and score but the way he has handled himself, he has been aggressive and playing his game. He can shoot, space the floor and score. It’s going to help us so much.

You can put him in anywhere. He’s going to get the job done. He’s fearless, not scared of anything, not scared of the moment. I talk to him all the time and say, ‘Keep going.’”

Otto Porter Jr contributed 15 markers for Chicago, while Luke Kornet had an all-around performance of 11 points, 3 boards and 3 assists.

The Hawks will open their 2019-20 campagin with a road game against Blake Griffin and the Detroit Pistons, while the Bulls face Terry Rozier and the Charlotte Hornets in their first assignment.

The Denver Nuggets took a 110-104 win over a depleted Portland Trail Blazers team playing without star guards Damian Lillard and CJ McCollum. Versatile swingman Will Barton came off the bench to round up an all-around performance of 13 points, 8 boards and 4 assists while combo guard Monte Morris amassed 12 markers. Jokic, who played only 15 minutes in the exhibition game, produced 11 points. In front of their home crowd, the Nuggets boasted a fully-healthy line-up that featured new quality acquisition Jerami Grant and rookie forward Michael Porter Jr.

But the name of the game was the Nuggets’ efficiency on the offensive end. Turnovers were killing the team’s vibe in the previous games as they averaged 24.3 miscues, the worst in the league during this preseason. But the win against the Blazers was a different story as they ultimately took care of the ball and only coughed it up 11 times. Nuggets rising young combo guard Jamal Murray emphasized that they were more mentally locked in against Portland, per Mike Singer of The Denver Post.

“Some of us still need it. The preseason’s for everybody. …  I think last year we were a little bit more locked in. We were going after guys. Now we’re kind of the targets, we’re waiting on guys a little bit. I think we gotta come out with the first-punch mentality. Be more mentally aware, mentally more locked in.”

Mario Hezonja had his best game of the preseason, pouring in 18 points, 5 rebounds and 6 assists for his new squad. Zach Collins racked up a double-double night of 13 points and 11 boards. Kent Bazemore also netted 13 markers, while Skal Labissiere came up with 12 points off the bench.

The Nuggets, who finished the preseason with a perfect 4-0 record, will again face the Blazers in their first game of the season. Denver has plenty of reasons to take the win as the Blazers eliminated them in last year’s semi-finals.