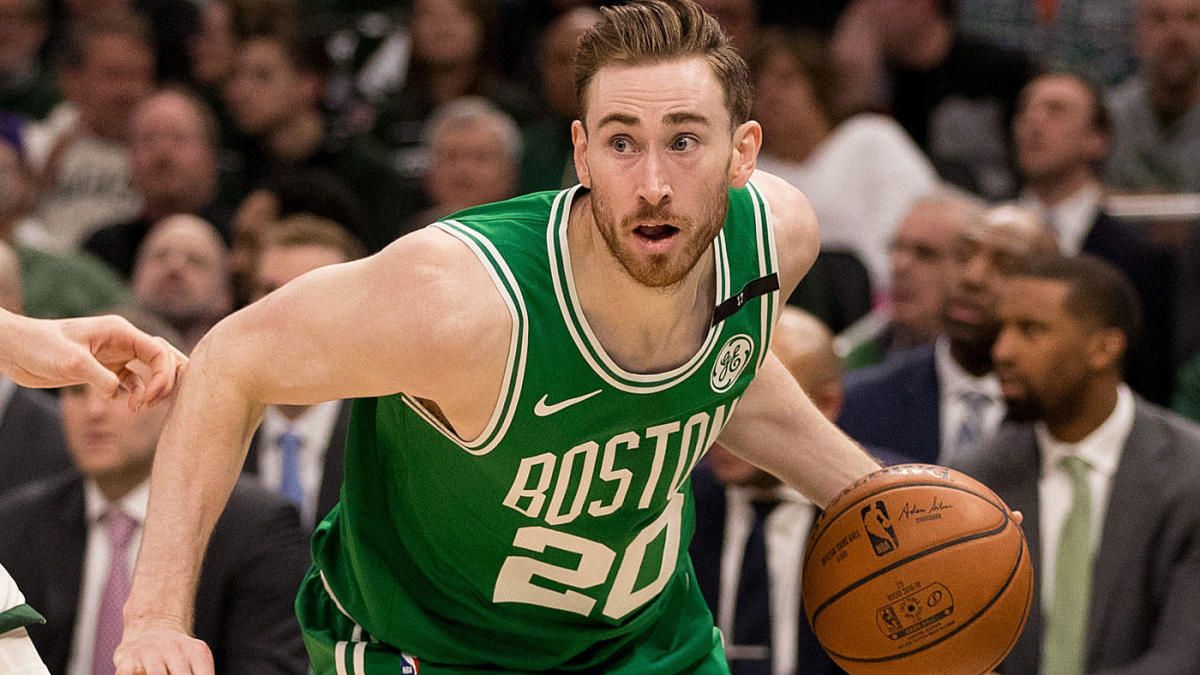 Hayward goes down in Celtics’ 7thwin

The Boston Celtics pressed on the gas pedal right out the gates as they soundly defeated the San Antonio Spurs, 135-115. Jaylen Brown, who was just given a lucrative contract extension by the Celtics last summer, topscored with a game-high 30 points. Star point guard Kemba Walker produced an all-around stat line of 26 points, 5 rebounds and 8 assists, while third-year budding forward Jayson Tatum chipped in 19 points, 7 boards and 3 steals.

It was the Celtics’ seventh straight victory after losing their season opener against the Philadelphia 76ers. But the win was half-celebrated as Gordon Hayward again went down with an injury. He rammed straight into a LaMarcus Aldridge hard screen on defense, fracturing his left hand in the process. It was such a shame for the veteran forward as he is already finding the old groove he had when he became an All-Star with the Utah Jazz in 2017. Hayward is averaging 18.9 points, 7.1 rebounds and 4.1 assists per game this season.

After the game, Kemba immediately expressed his remorse over what was supposed to be just a normal play where Hayward got hurt, per Michael C. Wright of NBA.com.

"I was pissed. I didn’t say anything. I was really in shock for the most part. In those kinds of situations, it's kind of hard to even say anything. You don't even know what to say sometimes. We're going to miss him for the time that he's out.

Obviously, he's been through a lot with his old injury and now this. It's always hard to see one of your brothers go down. I definitely wish him a speedy recovery."

Defensive specialist Marcus Smart came off the bench to fill in for Hayward’s scoring as he netted 16 markers. Sophomore center Robert Williams also put up an efficient offensive display as he totalled 11 points and 7 rebounds, while making all of his five attempts from the field.

DeMar DeRozan led the way for the Spurs with 22 points, while Patty Mills had 20 markers off the bench. Aldridge had another forgettable night, chipping in just 3 points in the loss. It was San Antonio’s fourth loss of the season, their third in the last four games.

The Spurs will try to bounce back when they face Ja Morant and the Memphis Grizzlies, while the Celtics look to book their eighth straight win as they go up against Luka Doncic and the much-improved Dallas Mavericks squad.

Pelicans rally to steal one in Charlotte

The New Orleans Pelicans showed their team character as they rallied past the Charlotte Hornets to take a much-needed 115-110 victory. Brandon Ingram continued his fine play as he amassed an all-around night of 25 points, 9 boards and 4 assists. Ingram only missed four of his 12 shots, and made three long-range bombs from beyond the arc. Jrue Holiday contributed a double-double performance of 12 points and 11 assists, while veteran sharpshooter JJ Redick launched five triples on his way to 22 total markers.

It was a very balanced offensive attack for the Pelicans as all of their five starters poured in double-digit points. Kenrich Williams was inserted to the starting line-up to fill in for the injured Lonzo Ball. He chipped in 15 points, while Derrick Favors put up a double-double night of 10 points and 10 boards.

Entering the fourth quarter trailing by five points, the Pelicans used a 10-0 run to get the win. Holiday points out to their willingness to move the ball as the difference changer during that run, as per the NBA.com.

“Honestly, I think just made plays and that’s kind of what it comes down to. If I come off a screen and they double (me), make a play. See the open man. I feel like the ball was contagious within that last three minutes where guys got a lot of open shots.”

The Hornets got another strong showing from back-up point guard Devonte Graham, who came up with a team-high 24 points on top of 5 rebounds, 10 assists and 2 steals. Terry Rozier had 18 points and 6 assists, while Miles Bridges and Dwayne Bacon totalled 12 points apiece. Turnovers spelled trouble for the Hornets as they piled up 21 miscues in the loss.

Charlotte will host the Memphis Grizzlies in their next assignment, while the Pelicans start their two-game home stand against James Harden and the Houston Rockets on Monday.

Thunder hold off the visiting Warriors

The Oklahoma City Thunder were able to fend off an uprising from the Golden State Warriors as they beat the Dubs, 114-108. Danilo Gallinari led the Thunder in scoring with 21 points, while Chris Paul steadied the ship as he finished with 16 points, 5 rebounds, 9 assists and 3 steals. Back-up point guard Dennis Schroder also had an all-around outing of 16 points, 6 boards and 6 assists as the Thunder win their fourth game of the season.

Oklahoma City already built a big 17-point lead at the end of the first half, but the Warriors came storming back with a masterful 41-point third quarter performance. Still, the Thunder did enough in the fourth quarter to weather the storm.

D’Angelo Russell again led the way for the Warriors with a game-high 30 points and 7 assists, while Alec Burks poured in 23 markers. The Warriors absorbed their 8thloss in 10 games to start the season. Despite the loss, Warriors center Willie Cauley-Stein received praises from Billy Donovan, the head coach of the Thunder, as per Maddie Lee of The Oklahoman.

“He’s a really good shot blocker and he’s really good around the rim offensively on rolls and lobs. Certainly they’ve got a lot of length with (Marquese) Chriss and him. They’re active, they’re long, they’re good shot-blockers, good rim protectors, and they’re good rollers to the rim. So, he certainly helps their team in terms of getting a little bit more size.”

Cauley-Stein recorded 10 points, 6 rebounds and 3 blocks, while Chriss put up 10 markers, 4 boards and 2 rejections. The Warriors will host Donovan Mitchell and the Utah Jazz on Monday.